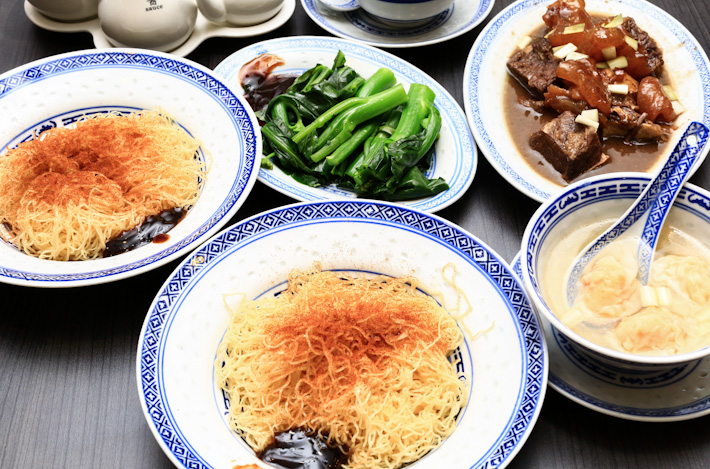 The long wait is finally over! Hong Kong’s famous Mak’s Noodle has just opened its very first overseas outpost, and it is in Singapore no less!

Fellow discerning foodies will get to enjoy Mak’s Noodle’s signature wanton noodle soup and mouthwatering classic dishes at wallet-friendly prices. Sitting on the ground level of The Centrepoint, Mak’s Noodle in Singapore brings you the familiar authentic taste of Hong Kong with its concise menu of noodles and beef brisket. 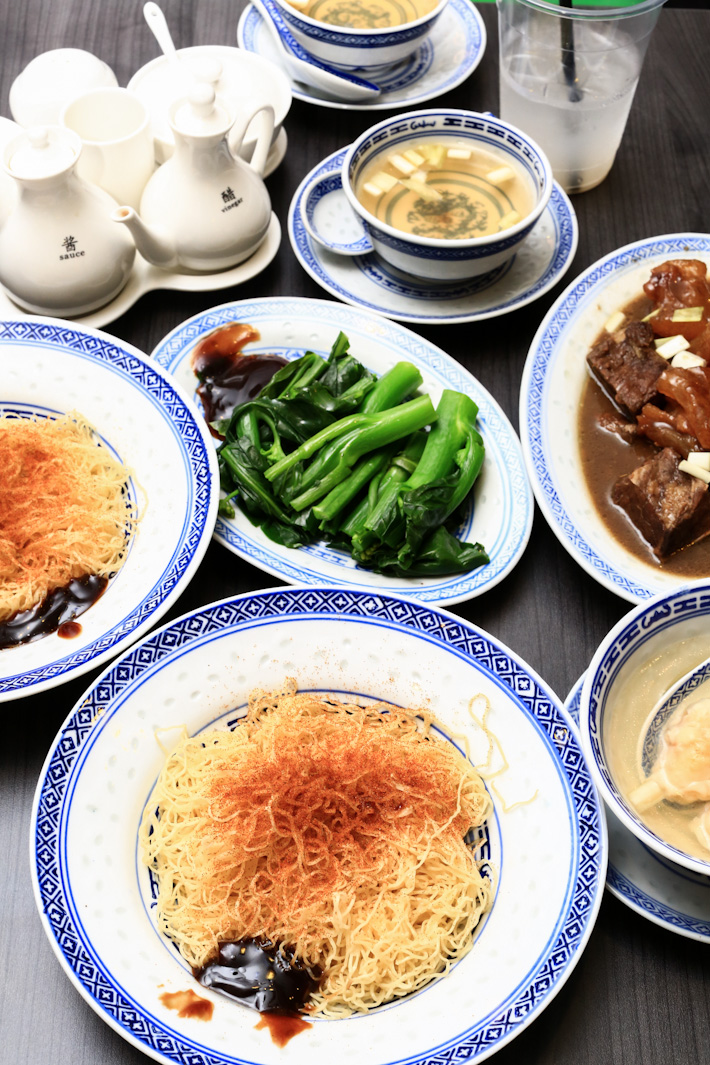 If you are still confused by what we are talking about here, Mak’s Noodle is one of the world’s cheapest Michelin-starred eateries. It is well loved by food connoisseurs from all over the world, who return regularly for the restaurant’s legendary wanton noodles. 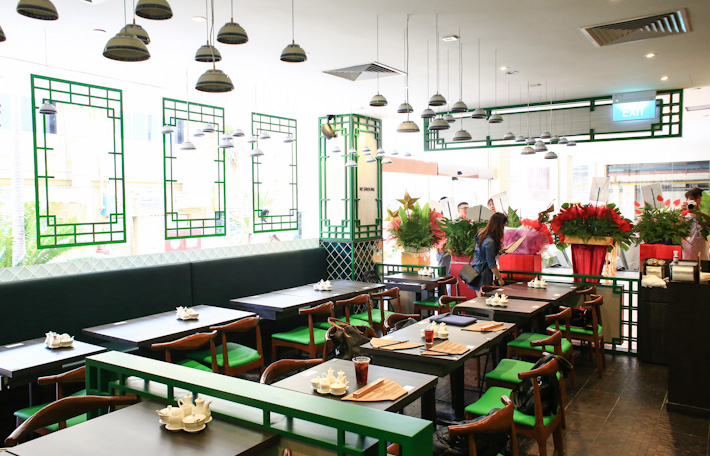 The international obsession with Mak’s Noodle goes way back – even before it made an appearance on Anthony Bourdain’s No Reservations TV Series. The reputable brand was established since 1920 and had won over countless of hearts, including former China President Chiang Kai Shek’s.

Coined as one of Hong Kong’s best dining destinations, Mak’s Noodle has been a mandatory attraction on every gourmand’s checklist, and we are no exception. We saw ourselves returning to the renowned eatery even on our umpteenth Hong Kong trip. Fret not if you have never been to Mak’s Noodle in Hong Kong, for you can now sample their popular wanton noodles right in the heart of Orchard Road. Diners can be rest assured that the quality of Mak’s Noodle in Singapore will not be compromised at any costs. Third generation owner Tony W.K. Yung takes immense pride in the wanton noodles’ original taste and is insistent on the continuation of its timeless recipe despite the ever-changing trends in the market and increasingly demanding patrons. 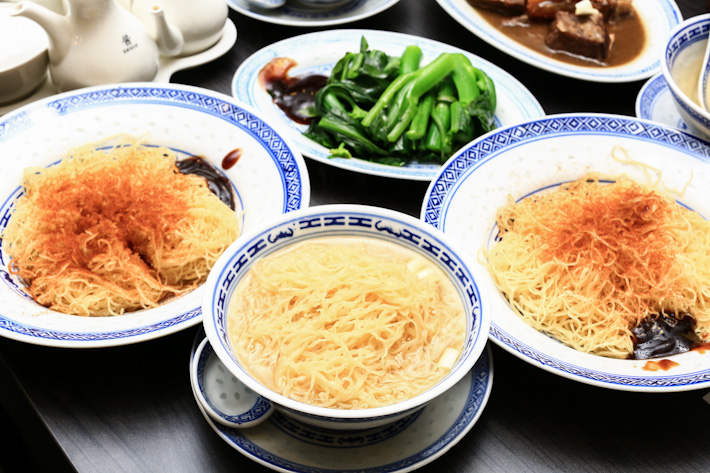 Springy noodles and wanton skins are all specially imported from Central Hong Kong to retain the dish’s authenticity; it is as close to the real thing as you can get. In addition, Wellington Street’s seventy years old head chef has relocated to Singapore and will be personally overseeing the kitchen for the next two years. 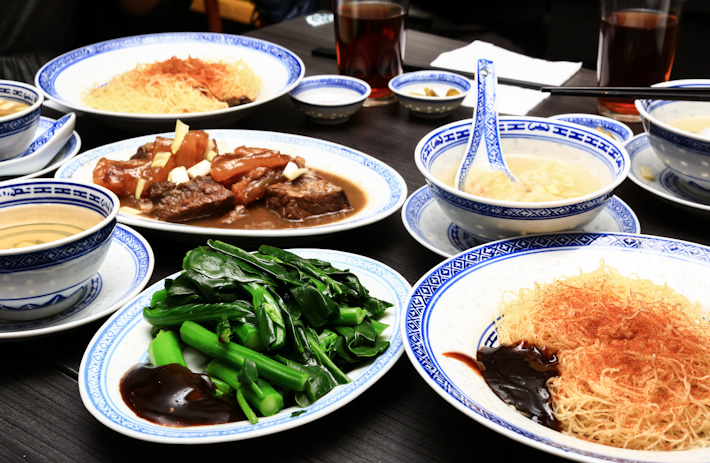 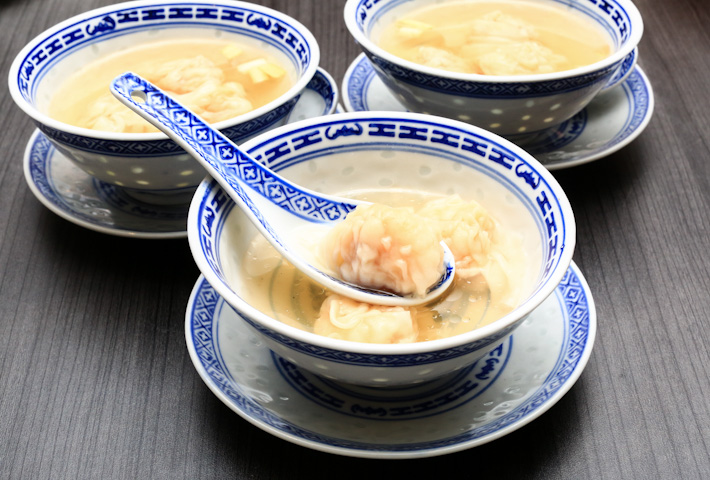 The tiny bowls used for wanton noodle soup may shock first-timers, but fret not; you are not the only one! The noodles are intentionally served in a tiny palm-size bowl for a bigger purpose – to prevent sogginess, and to emphasise the importance of quality over quantity. A small bowl of authentic, robust flavours triumphs over a huge bowl of mediocre and lacklustre noodles, right?

The flavourful broth – made with pork bones, dried flounder, powdered shrimp roe and other secret ingredients – was impeccably tasty and nothing short of satisfying. Only the freshest shrimps are used as fillings and they are wrapped by soft silk-like wanton skin. 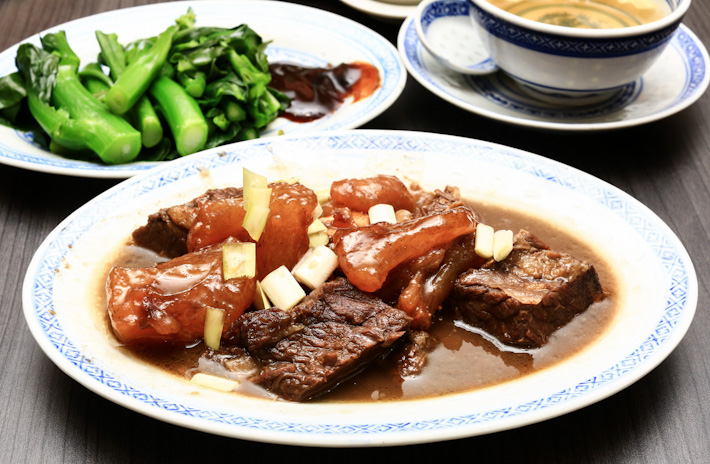 The snack portion also allows you to try other tantalizing appetizers such as seasonal vegetables in oyster sauce (S$4.90) and beef brisket (S$14.70). Prices remain affordable despite being a globally recognised brand, with items starting from as low as S$4.90.

A piece of Hong Kong right here in Singapore; we cannot be more thankful. Now, damn those cravings for Mak’s Noodle already! Nothing too unattainable. 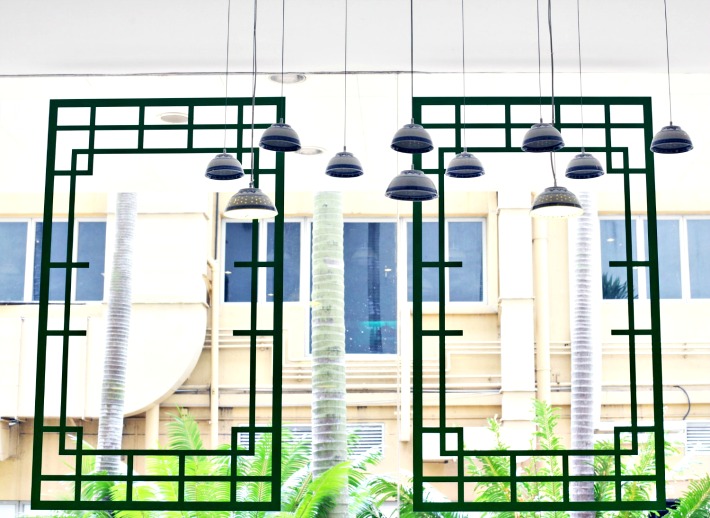 The restaurant’s beautiful interior is significantly more modern (when compared to its humbler Hong Kong counterparts), but without forsaking the essence of oriental beauty. Chinese decors are evident throughout – even the hanging ceiling lamps are surrounded with inverted Ming dynasty-inspired porcelain bowls! You can also watch the chefs in action through the kitchen’s clear glass windows.

The opening of Mak’s Noodle in Singapore is a great opportunity for both Singaporeans and foreigners to sample Michelin-starred eateries without breaking the bank. We do think that the prices are actually very reasonable, especially for an award-winning establishment.

Drop by Orchard Road today to savour this bowl of goodness before the queue becomes insane! And, we have news that the second outlet will soon open at Westgate!

Mileslife is our favourite app to accumulate miles through everyday spending. You can earn 1 miles for every dollar spent at this restaurant. Download and try Mileslife out now! You can use our code ‘Ladyironchef‘ upon your first spending to get 1,000 miles.

This post is brought to you by Mak’s Noodle.