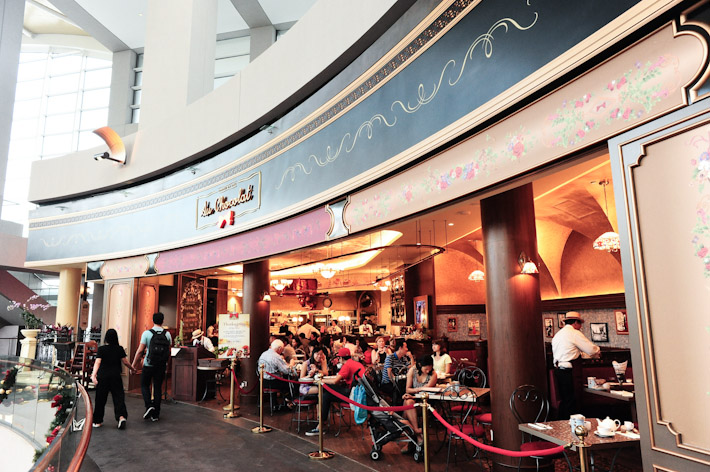 Au Chocolat, opened by the folks behind Ku De Ta and Catalunya, occupies a huge space at a corner of Marina Bay Sands. It is divided into two sections: a retail confectionery store where you can find all sorts of delicious snacks – such as slice cakes, cupcakes, gelato, truffle – and fun merchandise. The other half is the bistro which has an all-day dining menu.

We have been to Au Chocolat many times, and tried quite a few items from the bistro and confectionery. Here are some of the highlights. 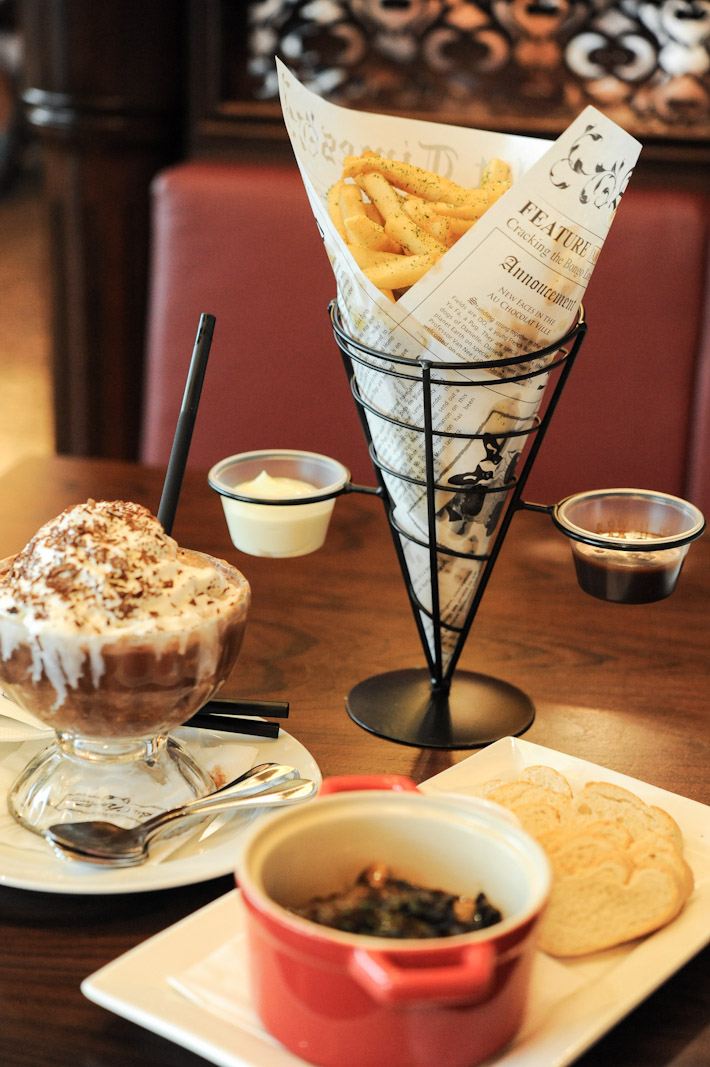 We started with their Truffle Fries ($15), a generous serving of crispy fries drizzled with fragrant white truffle oil and seasoned with truffle sea salt. The Mushroom Bite ($14), next to arrive on the table, was rather run-of-the-mill. For the price, we would rather get another portion of the truffle fries. 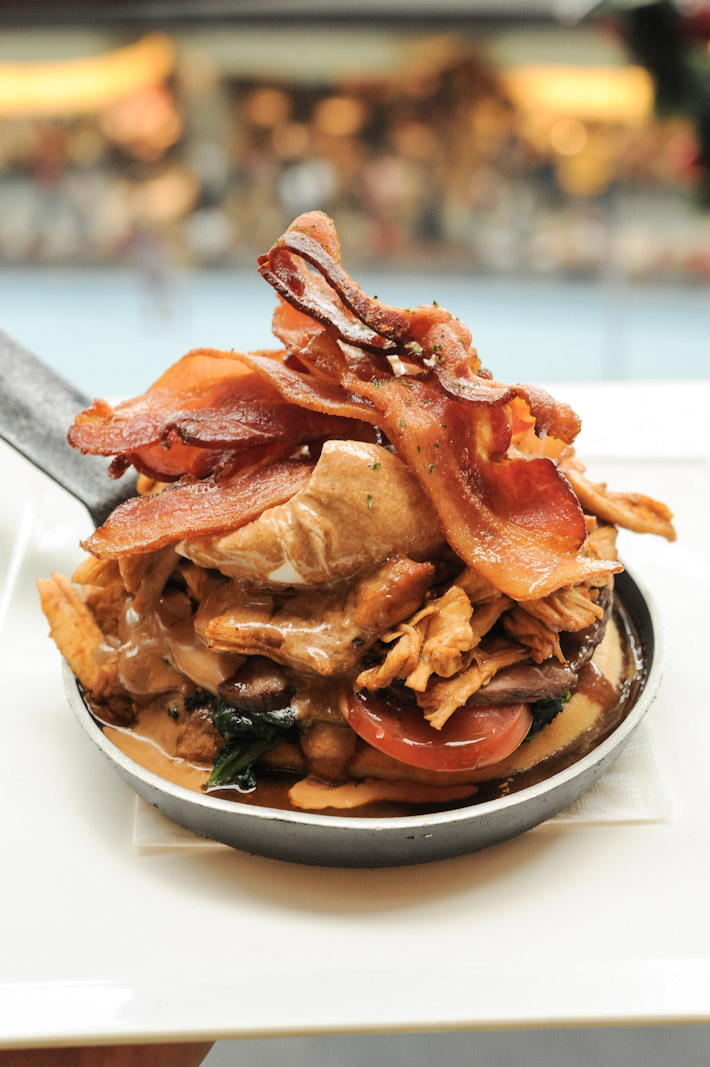 We have heard a lot about Au Chocolat’s Ultimate Benedict ($22), so we knew we had to give it a try. Pancakes formed the base of the dish, and it was topped with spinach, tomatoes, crispy bacon, roasted ribeye steak, roasted chicken and two poached eggs. It has a generous drizzling of red wine and dark chocolate infused hollandaise sauce.

Each of the ingredient was good on its own, but when you put everything together, it became too overwhelming. Simply put, we were not too impressed. 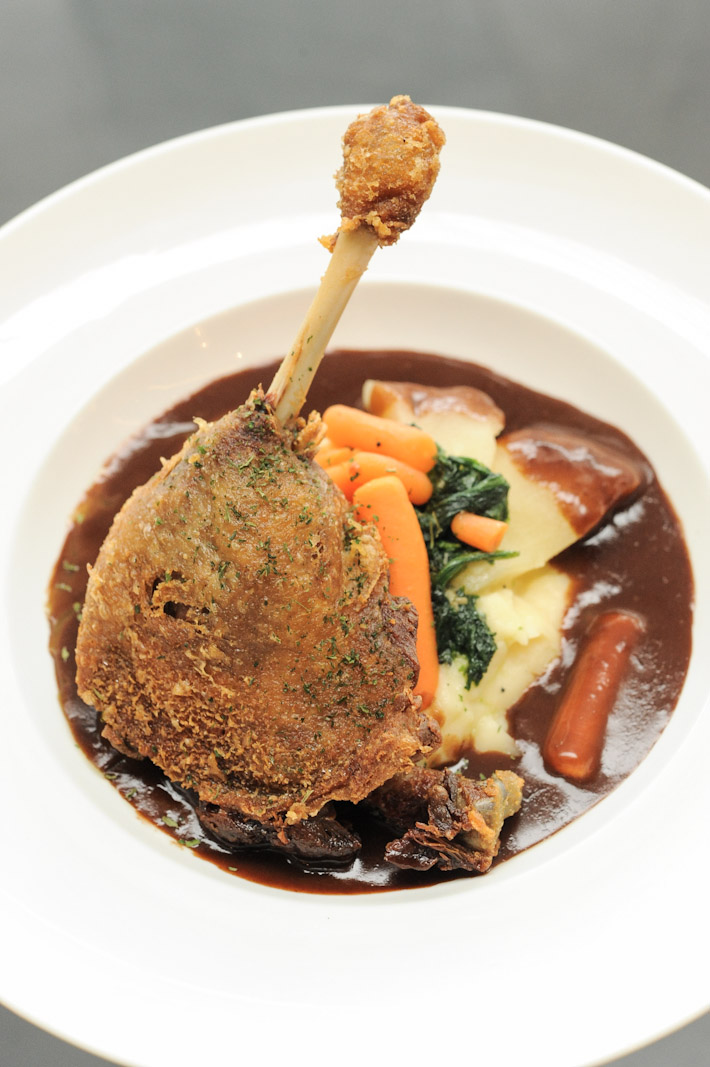 Our favourite entree is the crispy Duck Confit ($27), which comes with potato mash, white wine poached pear and topped off with a tangy chocolate orange sauce. It was one of the best duck confits that I have had in recent times. Definitely one of the must-order dishes when you are dining at Au Chocolat. 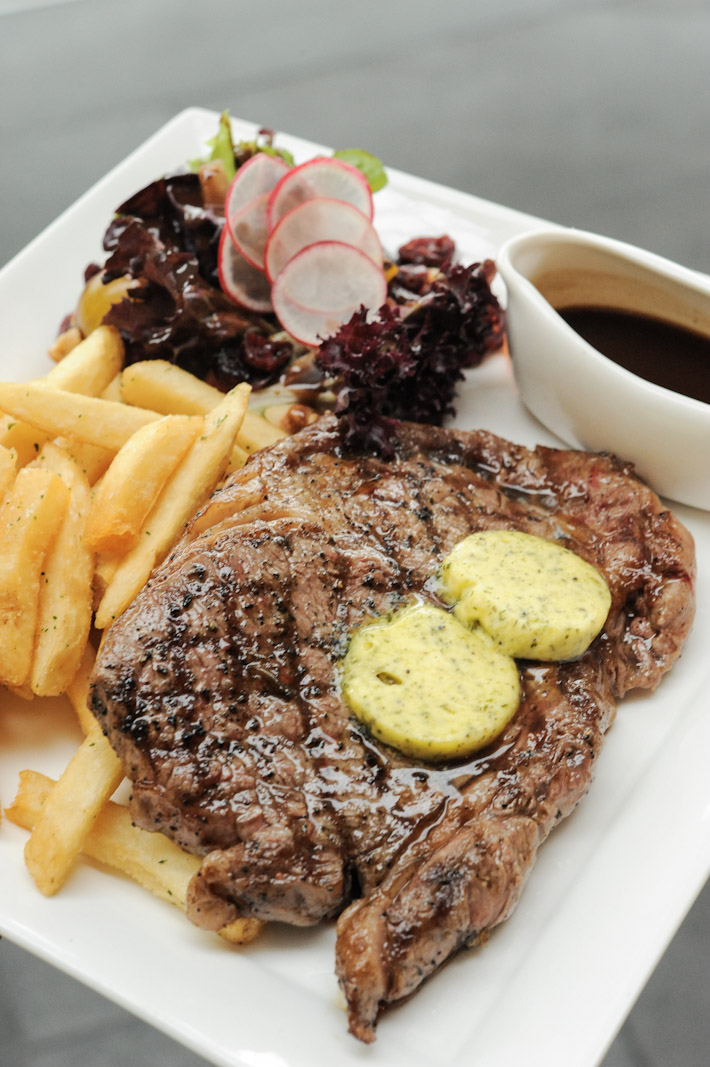 A commendable dish is the Steak Frites ($35). I was not expecting much of the pan-seared ribeye steak, if only because many places tend to serve mediocre steaks, so I was pleasantly to find that this was really good. It was a perfectly cooked steak which was juicy, tender and well seasoned. Plus, it was accompanied by tasty truffle fries and red wine sauce on the side.

Other enticing options on the entrees menu include a delicious corn-fed Roasted Chicken ($24) and the rich and flavourful Boeuf Bourguignon ($26). 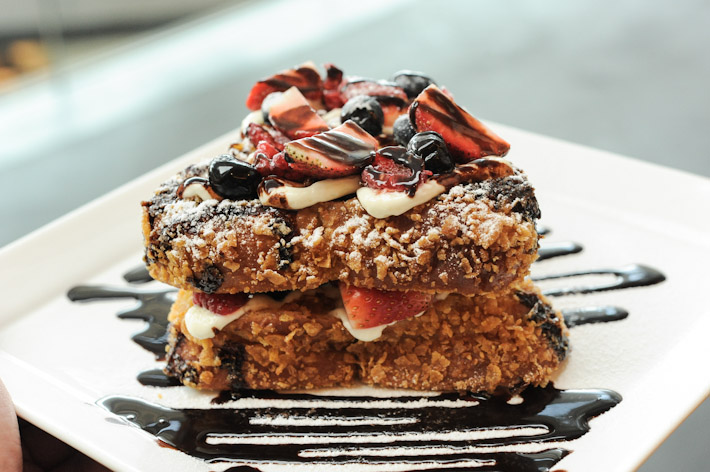 We also had their Stuffed French Toast ($18). Two slices of brioche bread filled with berries and mascarpone cheese. There is nothing wrong with this dish, but other than the pretty appearance, there is little about it that stands out. 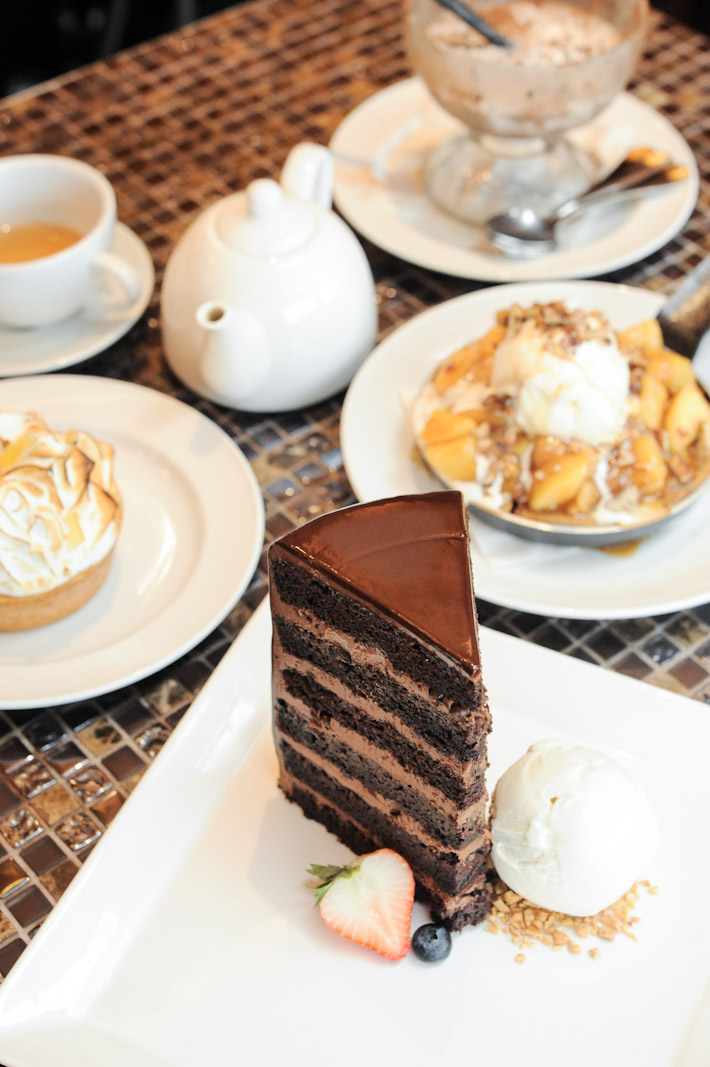 Dessert lovers will surely go crazy at Au Chocolat here. Among the six options under the dessert section, we had the Au Chocolat Tower Cake ($18), a huge six layers of moist chocolate cake served with a vanilla gelato; and the Caramel Apple Skillet ($17) – which was a baked caramel pecan cake drizzled with salted caramel sauce. If you have been on a hunt to find the best chocolate cake in Singapore, you must try Au Chocolat’s rendition.

Besides that, we have also tried many different desserts from Au Chocolat’s pastry counter over several visits. The noteworthy ones include the Chocolate Tart, Red Velvet Cheesecake, Kalamansi Cake and Peanut Butter Cheesecake. 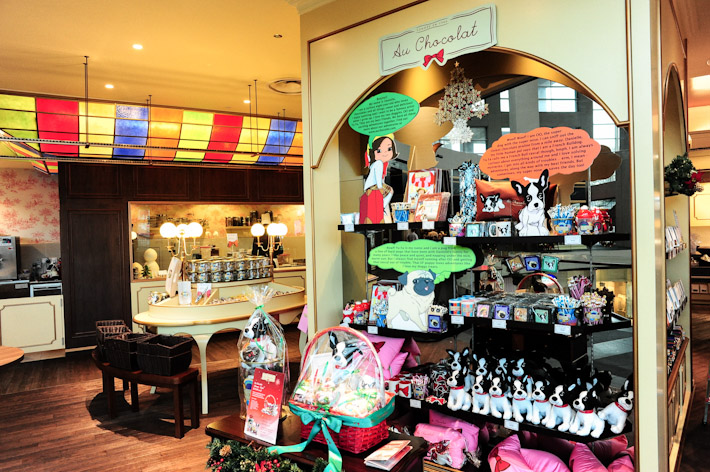 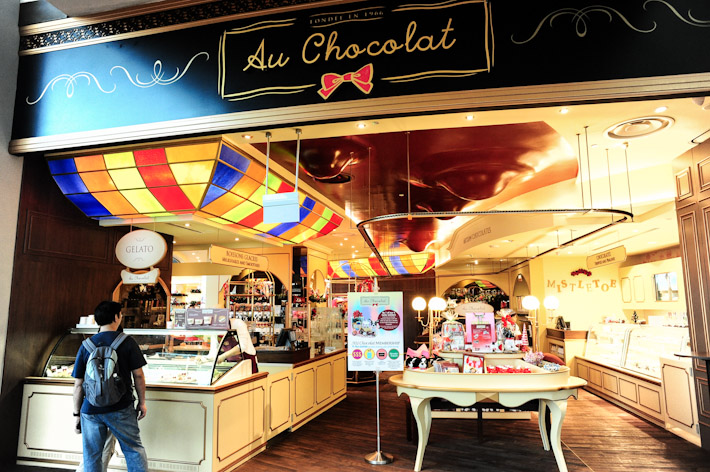 What makes Au Chocolat a place you can return to again and again is that its all-day menu provides plenty of options for everyone. Furthermore, it opens till late everyday, making it a great venue for dinner, or to hangout for desserts with a group of friends.

This place no longer there.