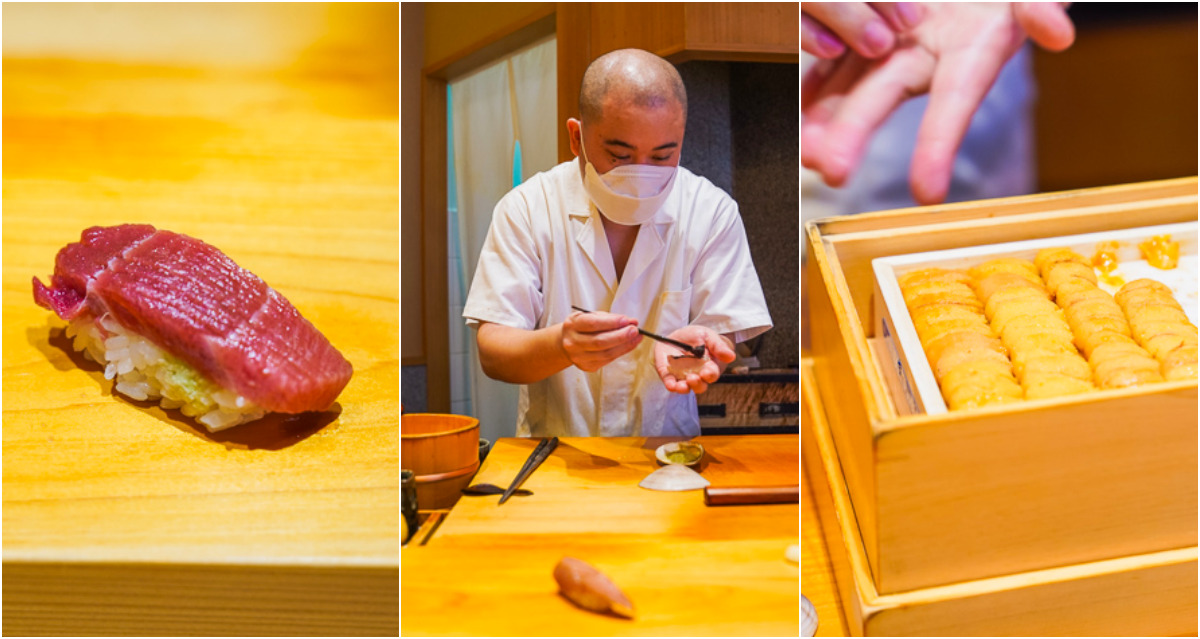 Ashino is an omakase restaurant at Chijmes that’s famous for their aged sushi, and the 8-seater restaurant is so popular that there is a waitlist for a seat. 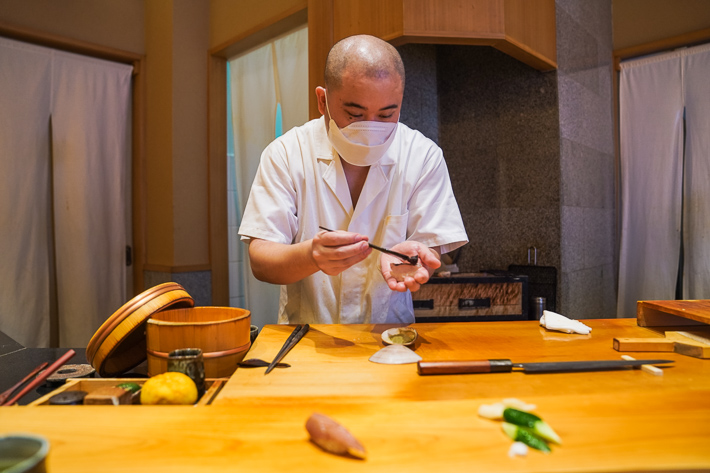 But is it really worth the hype? We waited 2 months for a seat, and finally got down to trying the S$250 omakase served by Chef Taku Ashino himself—who was trained in Tokyo for more than a decade, and worked at Hide Yamamoto before he opened his own at Chijmes in 2015. 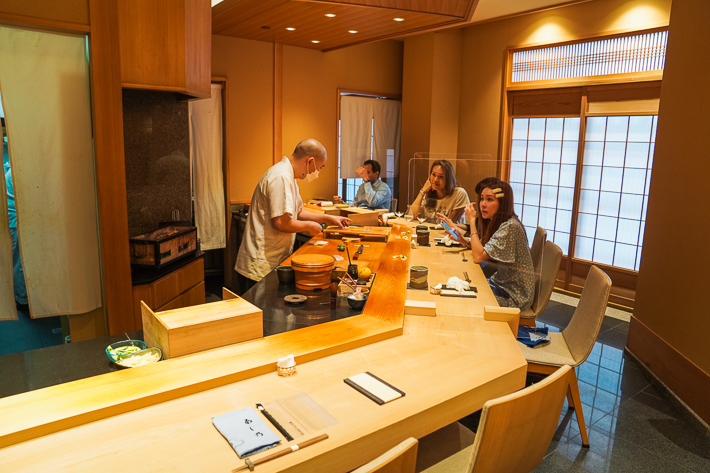 Ashino At Chijmes prides themselves on using air-flown Mt Fuji water cooked in a traditional iron kettle for their shari-sushi rice, and a great range of his fish is aged for extra flavours. 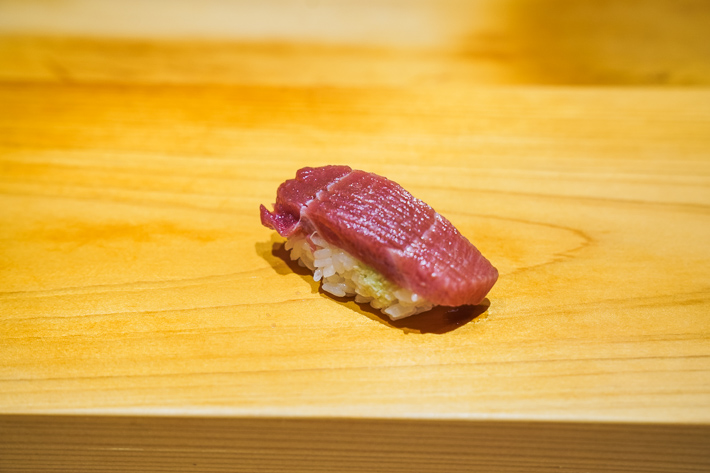 We started out with two sushi—marinated tuna in soy sauce and botan ebi—and were a little puzzled as to why we went straight into sushi instead of appetizers. Then came along more sushi, but nothing exactly stood out, rest for this piece featuring merikari (shining eyes)—a very lightly sweet white fish that was firm to the bite. 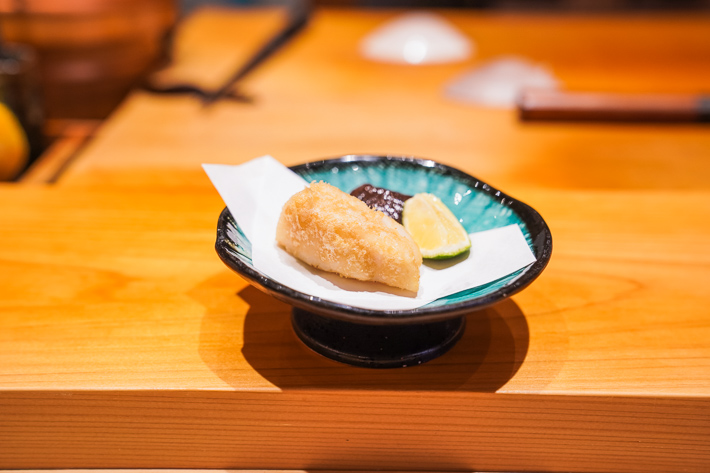 There were more appetiser-like bite-sized dishes (such as a single deep-fried hotate with lotus root) were slotted in between the sushi pieces. 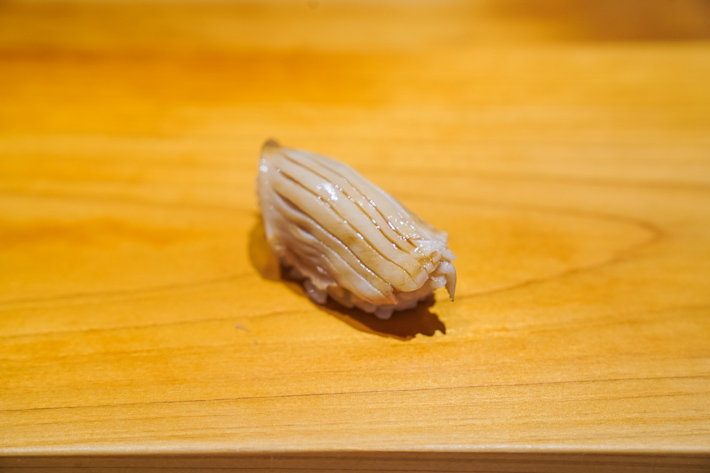 In between, you may expect pieces such as hokkigai (surf clam), budai (parrot fish) and chutoro. Notably, Chef Ashino has a penchant for the very uncommon fish, but perhaps, one who gravitates more towards the simplicity of natural flavours would appreciate his omakase more. 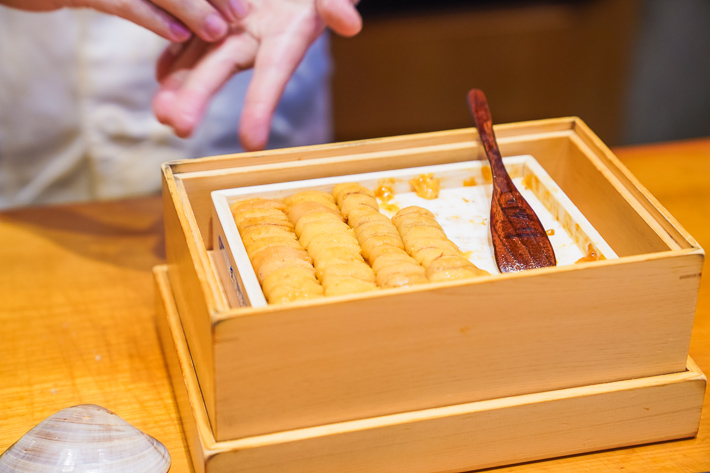 And the most memorable ones were the sea perch that was prepared with citrus and pepper as well as the one with Uni.

Oh, we loved the fukugi tea. Made from camphor wood, smoked branches and leaves, this caffeine-free tea served at the end of the omakase meal was lightly aromatic and very palatable. 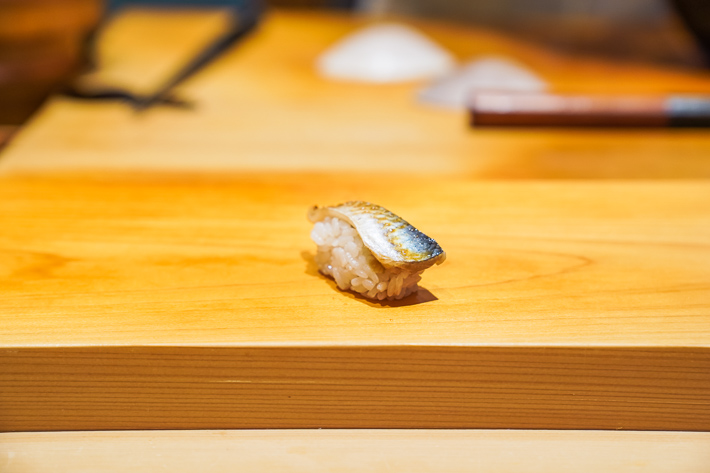 hmmm…. the review doesn’t sound like it is worth the $250 price tag