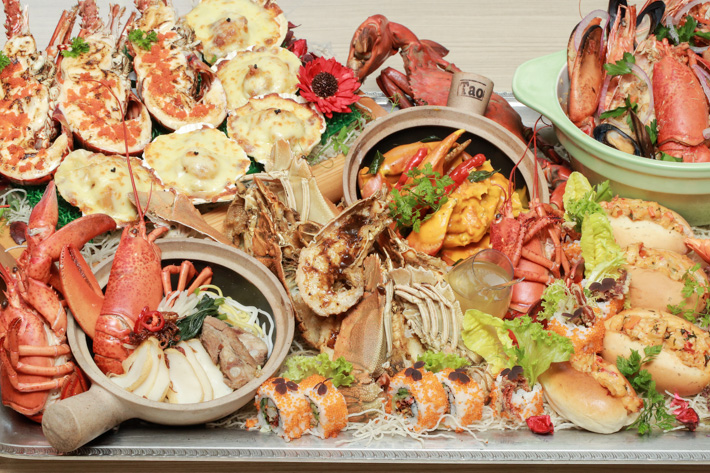 The launch of the Union of Crabs & Lobsters Dinner Buffet at Spice Brasserie in PARKROYAL on Kitchener Road has revived another craze amongst the Nation, and this value-for-money buffet has been such a huge success.

Because we all recognise that we can never get enough of crabs and lobsters, the team behind Spice Brasserie has a good news for us all—the promotion is extended until 2017! If you did not manage to get your reservation or missed out on this superb deal previously, this is your chance to go for it. 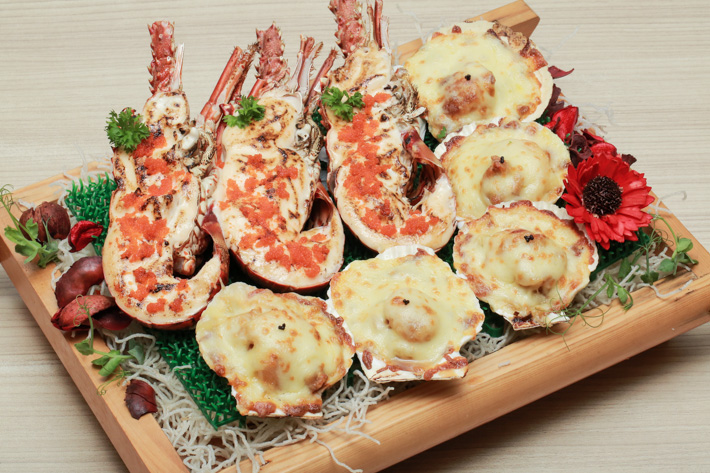 The extended Union of Crabs & Lobsters Dinner Buffet (S$129++ for two pax, min 4 persons to dine) will run from Thursdays to Sundays from now all the way until 22 January 2017. If you have been, well, you would want to know that there are several new flavours.

Yes, this is a dinner you need.

Executive Chef Low now has 10 options (comprising lobsters, crabs and other types of shellfish) for your indulgence; some are from the previous buffet line-up, and the remaining is new recipes. The experience at Spice Brasserie includes several live stations where you can watch the chefs in action as they grill your lobster orders a la minute. We are such typical Chinese and of course we love the Wok Fried Slipper Lobster in Fermented Black Bean Sauce. Unsurprisingly, it also happens to be our favourite lobster dish on the table—it is impossible to resist these fresh, plump slipper lobsters drenched in earthy fermented bean sauce and garnished with onion, ginger, garlic and chilli.

We recommend using your hands when having this dish so you will be able to fully savour every bit of the fragrant sauce.

Bouillabaisse is a traditional fish stew originating from Marseille, and the idea is various kinds of fish in a pot. It only makes sense that at the Union of  Crabs & Lobsters, Chef Low whips up a bouillabaisse comprising the freshest catches of lobster, crab, black mussel and prawns in a fish saffron broth.

In case you did not know, saffron is a highly prized spice and its distinctive aroma is used to enhance the flavours of a dish. 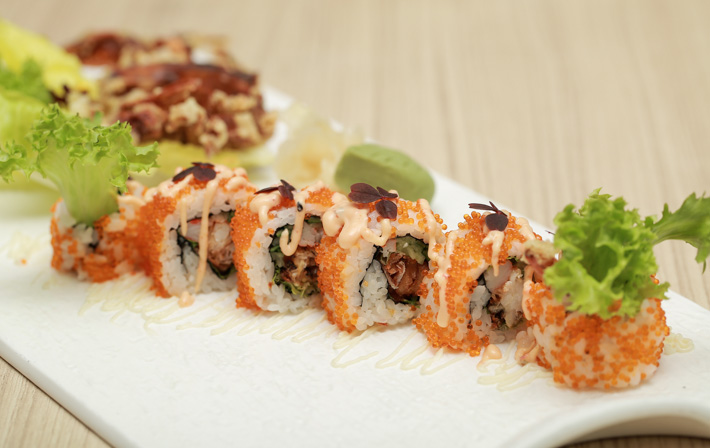 We always advocate not wasting your stomach space on carbs when you are at a buffet but we are making it an exception for this Japanese-styled Spicy Soft Shell Crab Maki.

We could hear the delightful crunch when we bit into the maki, and this is attributed by the perfect crisp of the deep-fried soft shell crab. The crabs are paired with Japanese Cucumber, Green Frisee and Karashi Sauce—all wrapped in moist Japanese rice. 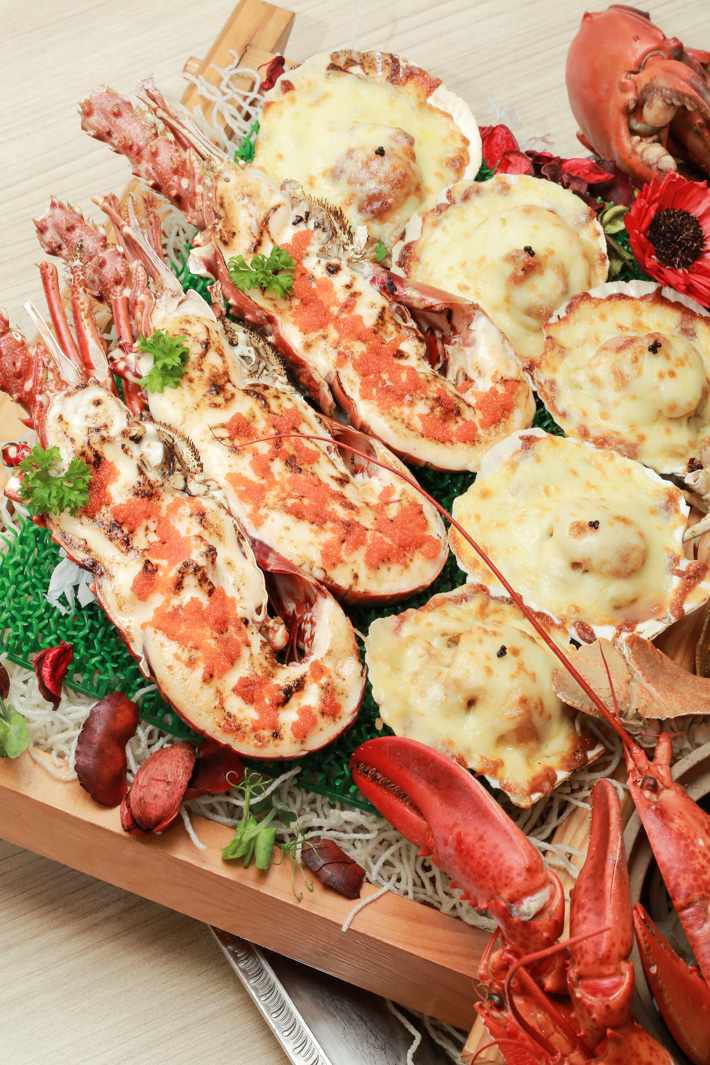 Nothing pleases the crowd more than the Flame-Grilled Mentaiko Lobster, which was evidently the most popular flavour from the previous buffet run. And it is here to stay!

Fresh lobsters are grilled at high heat directly over the fire to give it a hint of smoky flavour. Mayonnaise and creamy mentaiko sauce are then piled atop the exposed flesh, before the lobsters are torched again to melt the cream mixture. A few drops of lemon juice are then added for an extra zest. Well ,you really have to postpone your diet plans for this!

This is a bonus on top of all the crabs and lobsters. The scallops are covered with a blanket of thick mozzarella cheese and a touch of lobster reduction sauce before they are put to bake. 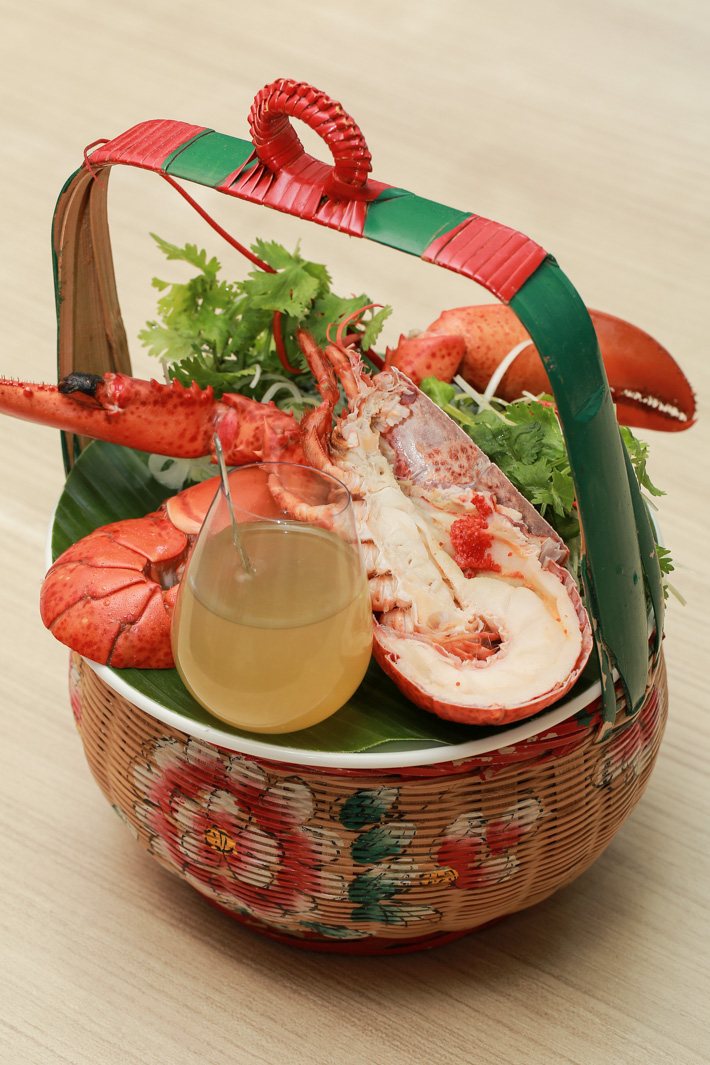 This option is available at the live station. 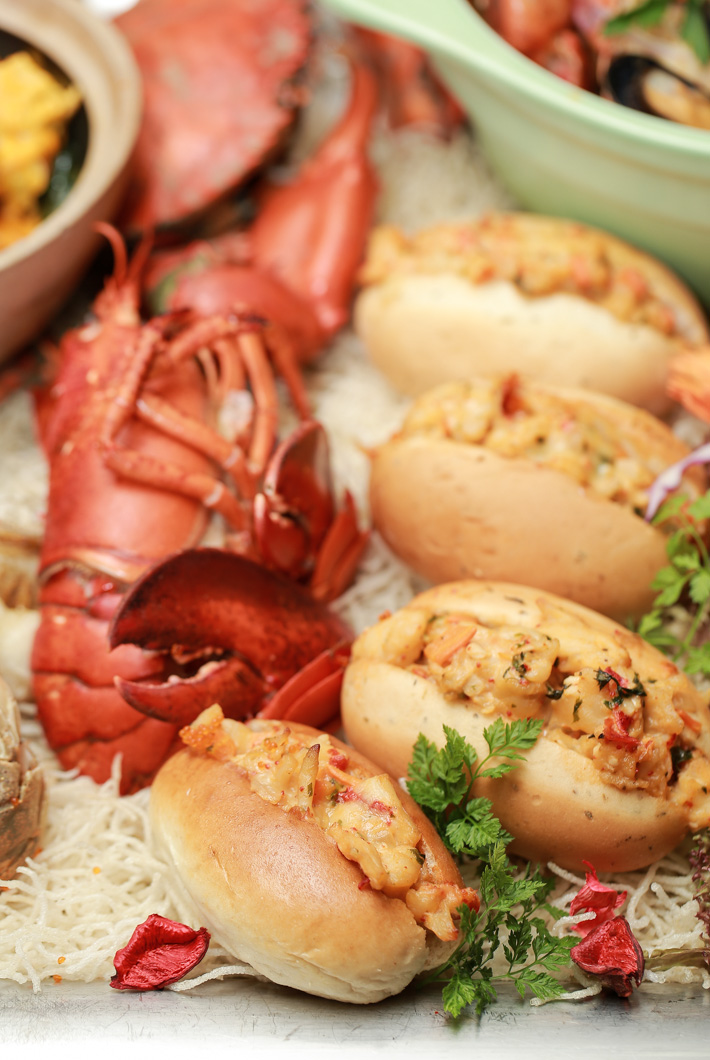 Yes, the Union of Crabs & Lobsters Buffet will be introducing the Gratin Lobster Claw in Crusty Soft Bun, their very own version of lobster roll—prepared a la minute—to the buffet lineup this time. Bet you are as excited as we are!

Take a break from all the heavy flavours with a bowl of Claypot Lobster Noodles. Similar to prawn noodles soup, the broth has been boiled for hours with lean pork bones that made it all the more delicious. Of course, the addition of fresh lobsters is the icing on the cake for us. 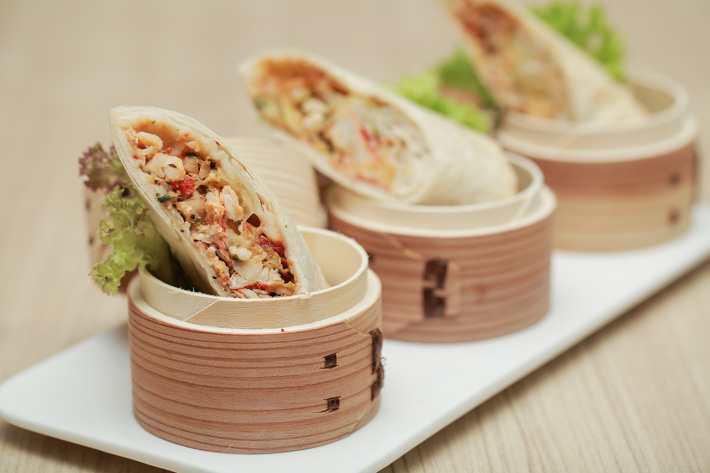 Do not underestimate this simple-looking dish, for it comes with a multitude of flavours enveloped in a tortilla wrap. The combination of sweet lobster meat, fresh lettuce, minced mushrooms, premium Monterey Jack cheese and tangy salsa turned out to be a mouthwatering blend of sweet and salty notes. 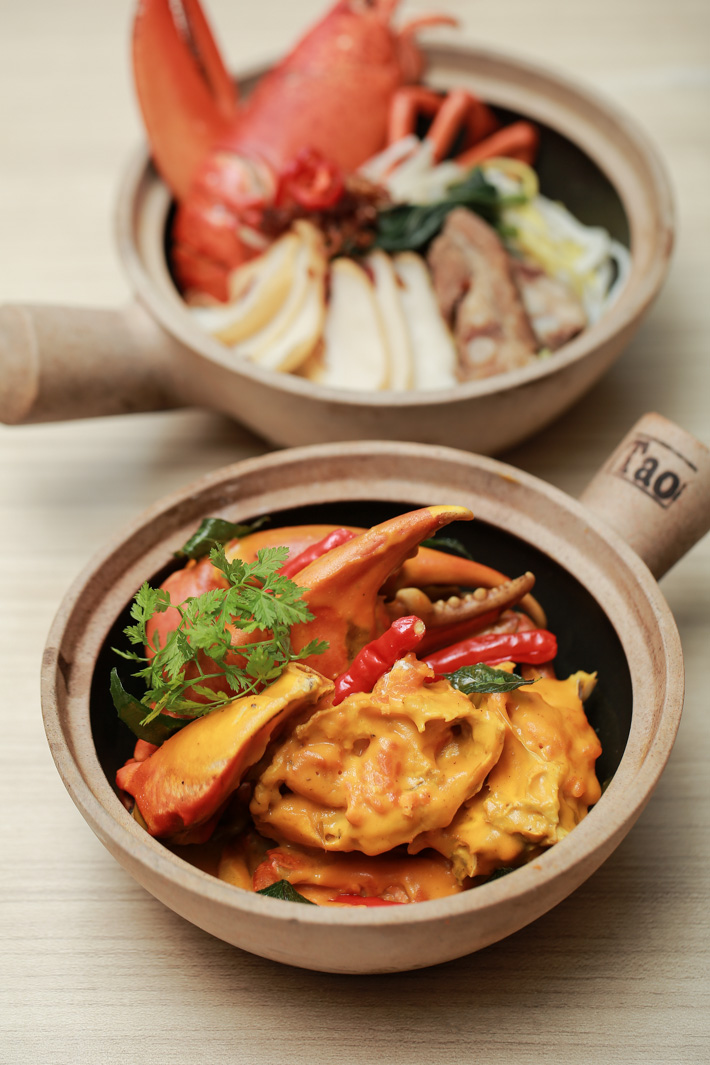 We are thrilled to see the Pumpkin Crab in Claypot making a return from the previous buffet lineup, and its constant popularity should tell you this is one stellar creation by Chef Low.

The soft and tender crab meat is paired with a delectable rich sauce made of pumpkin, curry leaves, curry powder and chilli padi. This is also prepared a la minute at the live station, so be assured that you will only be served freshly cooked crabs with bubbling hot sauce.

Apart from the Union of Crabs and Lobsters dinner buffet, Spice Brasserie also offers the Singapore Nostalgic Lunch and Dinner buffet, featuring an extensive range of local and Asian cuisines such as assortment of fresh sashimi and sushi, the popular Teochew Porridge corner, and a tantalising variety of appetisers and desserts.

All prices quoted are subject to GST and service charge.

28th Nov is my birthday if i could win this voucher i wil bring along my gf to celebrate with thid voucher.

If I win this voucher I would like to give this voucher to 2 of my family as I’m a vegetarian but I hope to win it for them:)

To bless my sister’s birthday on 8 Dec

Wants to bring my girlfriend to celebrate our 43 months of being together!

I would like to bring my girlfriend along as we have never been to this place before! Hope we can win this (:

Since last year, i wanted to try this crab buffet, but when i called them, they always answered that there is no space available. I hope i can get a chance to try this out before leaving Singapore for good this descember ????, but it will be such a blessing if i win the vouchers, and i will use one of them as a christmas gift for my BF, i know he will love this christmas gift.

I would like to give this to my daughter who will be travelling to Singapore in 2017. This is her post grad trip to Asia!

I would love to bring my wife there to celebrate her birthday if I’m the lucky winner.

It will be an amazing early anniversary gift for ma girl!

Wish I can win so I can bring my parents to eat the lobsters n crab, and my kids like crabs very much.

I would like to bring all my family together to celebrate my Mother 67 years birthday there.

It will be 5th anniversary gift..

Lobster and Crabs. My favourites. Will bring family to enjoy this together with me.

My wife of 13 years had been with me through thick and thin, through good times and bad. However, when it comes to buffet, she will stinge as feels its too expensive. Would be nice to win this so that I can take her out for a hearty seafood meal

LOVE CRABS AND LOBSTERS GET IN MY BELLY°!!!!!

Will be delighted to win this for my birthday celebration in early January.