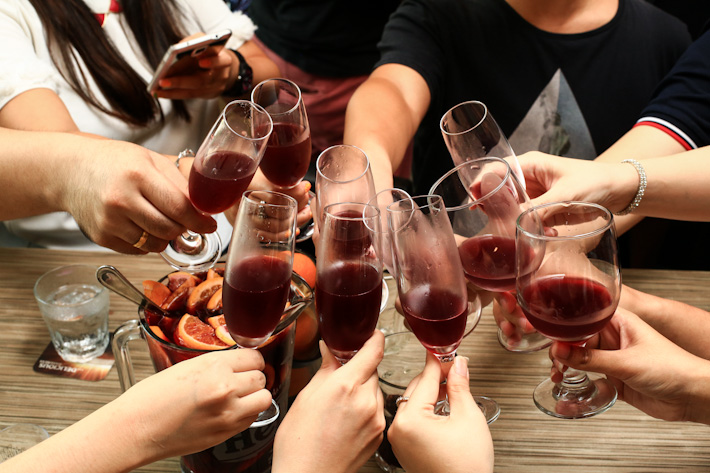 Hola! We spent an amazing Sunday late afternoon with our lovely readers at Changi City Point’s RessRoom, bonding over tantalising Spanish gourmet food and alcoholic beverages. We hope everyone had a smashing great time, because we sure did with all the company we were so happy to have.

The 2-hour food workshop was held at RessRoom – situated at The Oasis, a serene sanctuary tucked away at a corner of level one of Changi City Point and surrounded by beautiful lush greenery.

Now, while we reminisce the goodies we had that day, we would also love to share with you the fun and the behind-the-scenes of our cocktail making and food workshop. 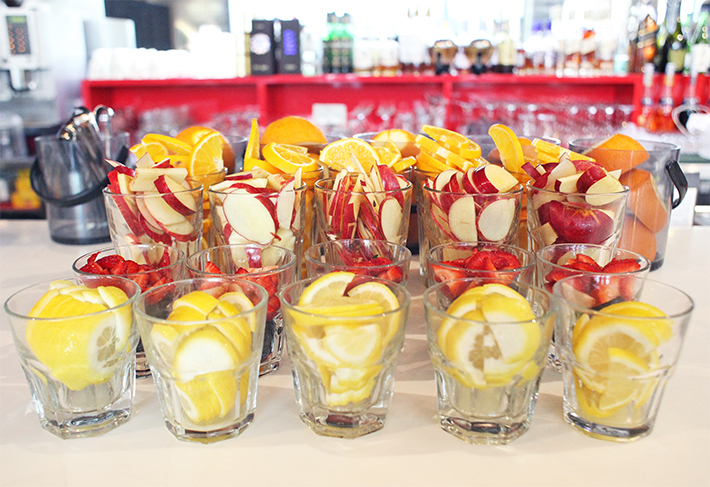 We began with a live demonstration of how to prepare Sangria under the mentor of RessRoom’s bartender. Four volunteers came forth to join the introductory demo and we sure had a ball of time with it!

For the uninitiated, Sangria is an alcoholic beverage commonly enjoyed in Spain. It is made with brandy, sliced fruits, red/white wine and a sweetener. 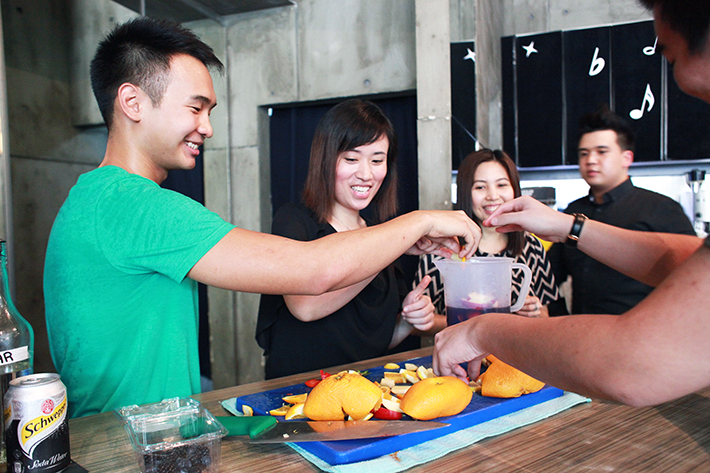 Over at Changi City Point’s RessRoom, Australian Katherine Hills Cabernet Sauvignon, Martell and Soda Water are used. Do note that the exact ingredients and amount used vary – depending on one’s preference.

The recipe is a relatively simple one to follow and every attendee had a go at creating this Spanish classic concoction alongside other invited guests. It was really heartwarming seeing everyone work together as a team; we work hard and play hard together, right? 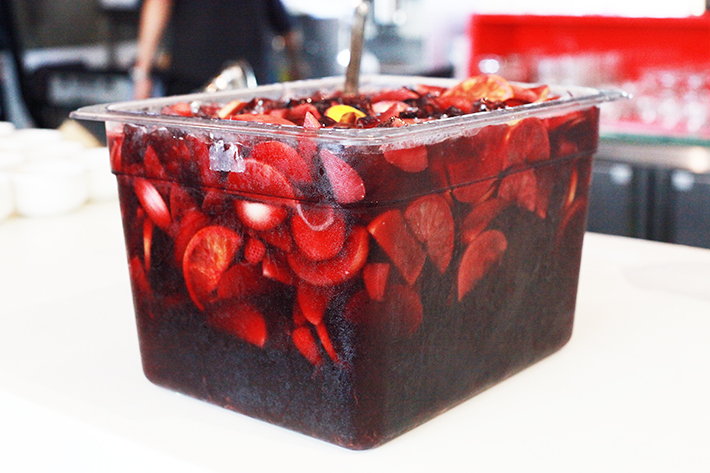 The best tasting sangria would be those mixture that have been left to sit overnight, for the sweetness of the fruits to add a touch of flavour to the alcohol, and for the wine to be absorbed into the fruits.

The thoughtful guys at RessRoom had already prepared a gigantic amount of red wine sangria for all our guests the night before, and we all got to taste the refreshing traditional Spanish sangria; talk about the best thirst quencher with juicy fruit bits! We are guessing all our guests can now make this crowd-pleaser cocktail on their own at home! 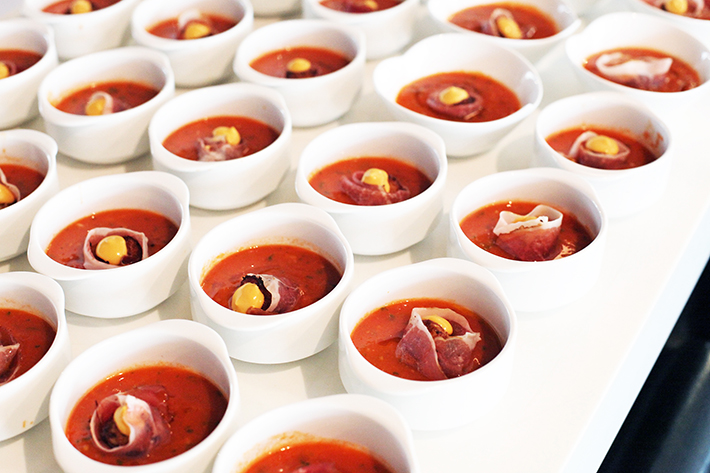 We also had the privilege to catch a glimpse of and to sample RessRoom’s new menu. We started with the zesty Gazpacho Soup – a peppery tomato-based broth served with prosciutto-wrapped potato.

Honestly, a good gazpacho can be so satisfying. We always seek comfort in a bowl of piping hot soup, but gazpachos are exception and we would gladly have them anytime, anywhere. The RessRoom’s version is made even better with that savoury potato ball! And of course, what is Spanish food without some paella? Here at RessRoom, you get a simple Seafood Paella served with squid, prawns and mussels that is prepared fresh in-house with premium prawn stock. Squid ink has been used to blacken the rice’s colour and enhance its flavour. 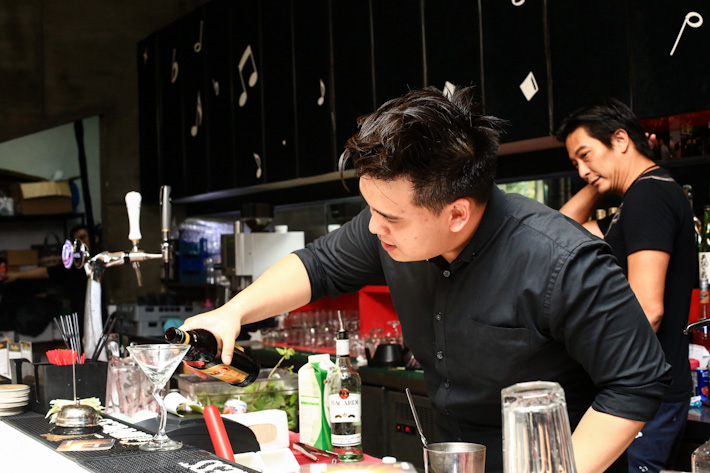 And then we dived right back into everyone’s favourite part – alcohol. The entire party shifted to the long bar this time to watch the exciting preparations of Mojito, Flaming Lamborghini and the Waterfall Cocktail! 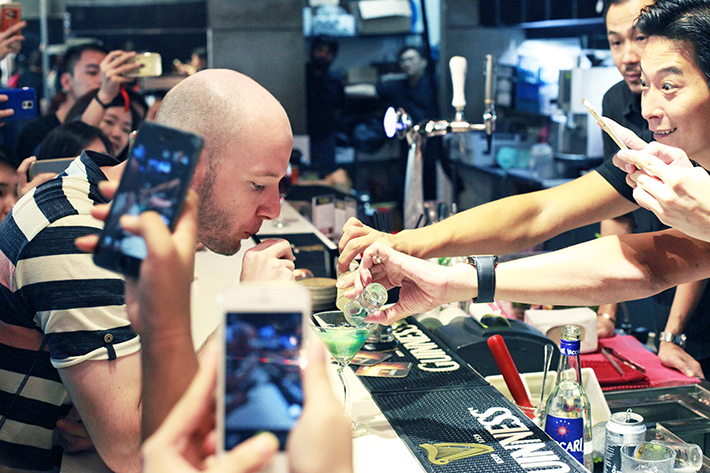 We had a few enthusiastic readers who were game enough to down the lethal shots in broad daylight. 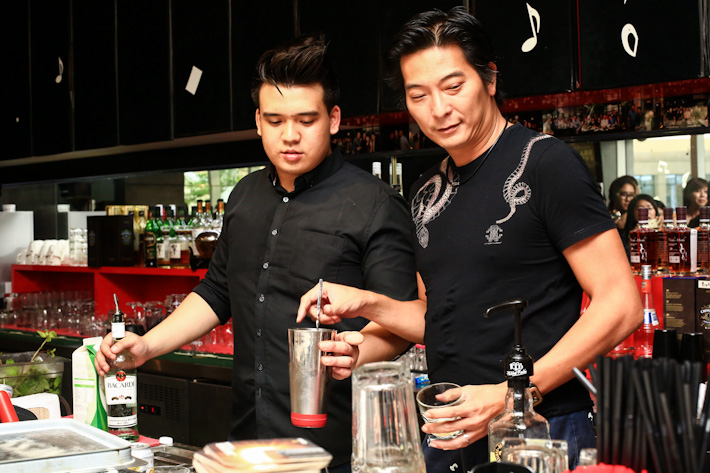 Once again, special thanks to Changi City Point, RessRoom and last but not least, our wonderful readers for making this event a huge success! We sincerely hope that everyone’s tummies were satisfied and new friendships were forged.

It is always so nice meeting our supportive and likeminded readers in real life, and to see everyone bonding over great food and beverages. We definitely look forward to meeting more of you (and hopefully to see all of our readers who attended this event again) in the near future. Muchas Gracias!

This post is brought to you by Changi City Point.