Brasserie Les Saveurs at The St Regis Singapore is extremely popular for its champagne brunch. However, not many people know about the Italian weekend prosecco brunch ($98++/pax for prosecco, $68++/pax for non-alcohol) at LaBrezza, a charming and intimate restaurant which serves fine trattoria-style Italian cuisine by the poolside of the hotel.

The space, as you would expect from a poolside restayrant, is bright and airy, which makes it a perfect place for weekend brunch. 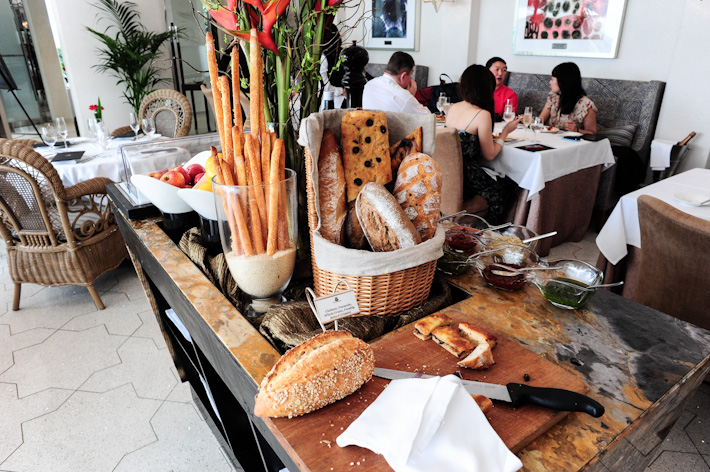 La Brezza’s prosecco brunch comes with a delectable antipasti spread which has salads, burrata cheese, salami, prosciutto, and smoked salmon. We would suggest going easy on the antipasti and save room for the ala carte orders of pizza, pasta, and grilled meat and seafood.

Under the pizza menu, there are four options to choose from: Eggs Napoli, with poached egg and tomato on grilled ciabatta bread with pesto and mozzarella; Pizza Margherita; Pizza Vesuvio, with tomato sauce, fresh mozzarella, Italian sausage, and roasted sweet peppers; and Gil Sformatini con Salsa al – series of three vegetable flans, parmigianino and black truffle sauce. We also had the chef’s daily risotto special – an asparagus and cheese risotto. 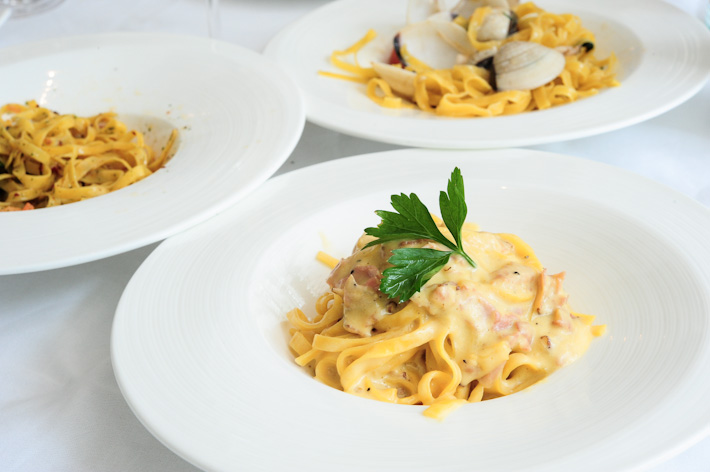 Following which was the Aglio Olio, which we had high expectations of because we always believe the true standard of a chef shines through his ability to whip out that most basic, yet common pasta. La Brezza’s rendition was a tad different from the aglio olio we know. This had tagliatelle tossed evenly in quality extra virgin olive oil, and a very strong note of fresh chilli. Yummy, but we will still choose a garlic heavy aglio olio anytime. The Vongole was prepared with tagliatelle as well, which we could not quite agree because the slightly fatter and flatter texture did not bring out the fragrance of the white wine sauce – which is precisely the essence of a good vongole. That said, the sauce  was bland and lacklustre to begin with.

Our favourite was the Carbonara – tagliatelle done in a creamy and eggy sauce. We could vouch for the authencity of this dish – it was very close to the one that we had in Rome, just slightly less peppery. And can I just do a little shout out for the bacon chunks? Mildly crisp and every bit of juiciness; just the way I like my bacon to complete a creamy pasta. 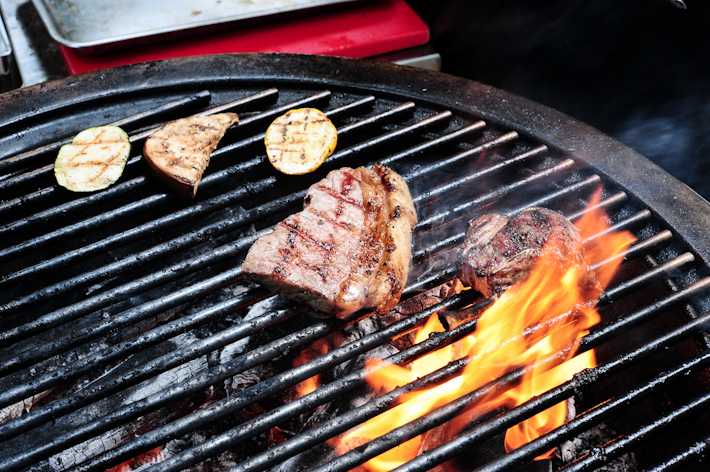 That is not all. For main course, there is a selection of meat and seafood grilled ala minute over a charcoal barbeque. Start with the Grilled Australian Lamb Chop with lemon-mint marinade and roasted potatoes.

The star was undoubtedly the Beef Striploin, which you see in the first picture of this post. Tender, juicy and slightly-charred on the surface — it was more than we could have asked for. It was so good that we ordered a second portion. 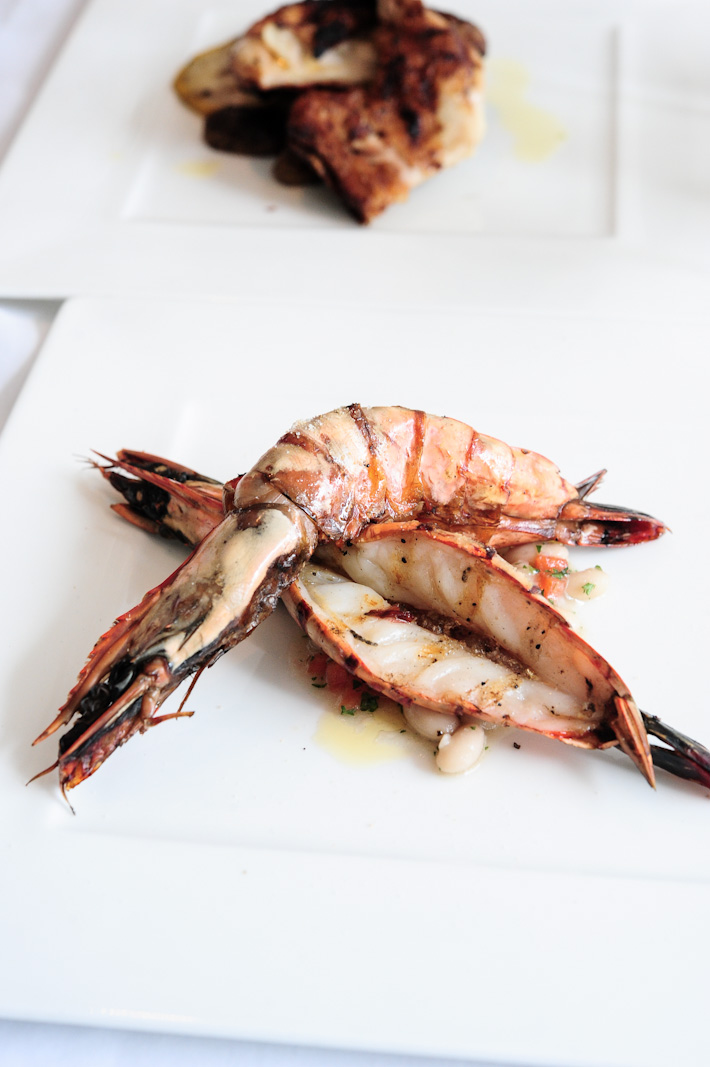 Also worth a mention was the Spicy Roasted Chicken. The dish looked ordinary, but the meat was well-marinated and very tasty. The sweet, juicy and incredibly meaty King Prawns were equally well-received. The Seabass, on the other hand, was a let-down as it was slightly too fishy for our liking.

Next, we had tiramisu. It was decent with a strong coffee taste, but it lacked texture as the ratio of sponge finger to mascarpone cheese was inadequately balanced.

The other dessert that we had was the Cannoli. Deep fried Sicilian pastry with pistachio, blueberries and strawberries. Good, but not fantastic. As part of the dessert offerings, you can also get fresh sliced fruit with honey yogurt, and four different gelato flavours. 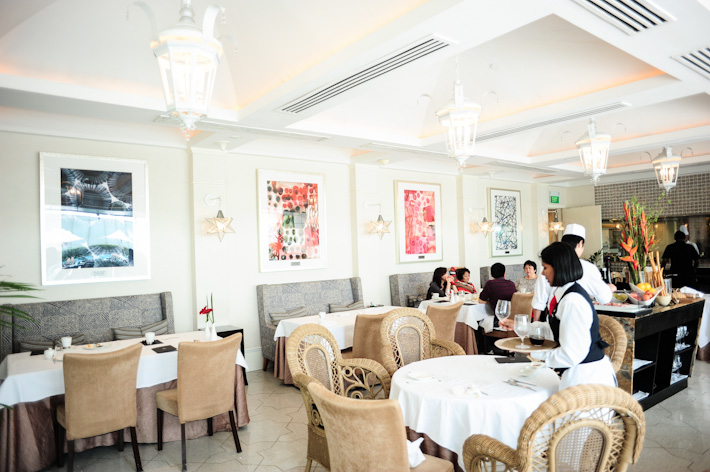