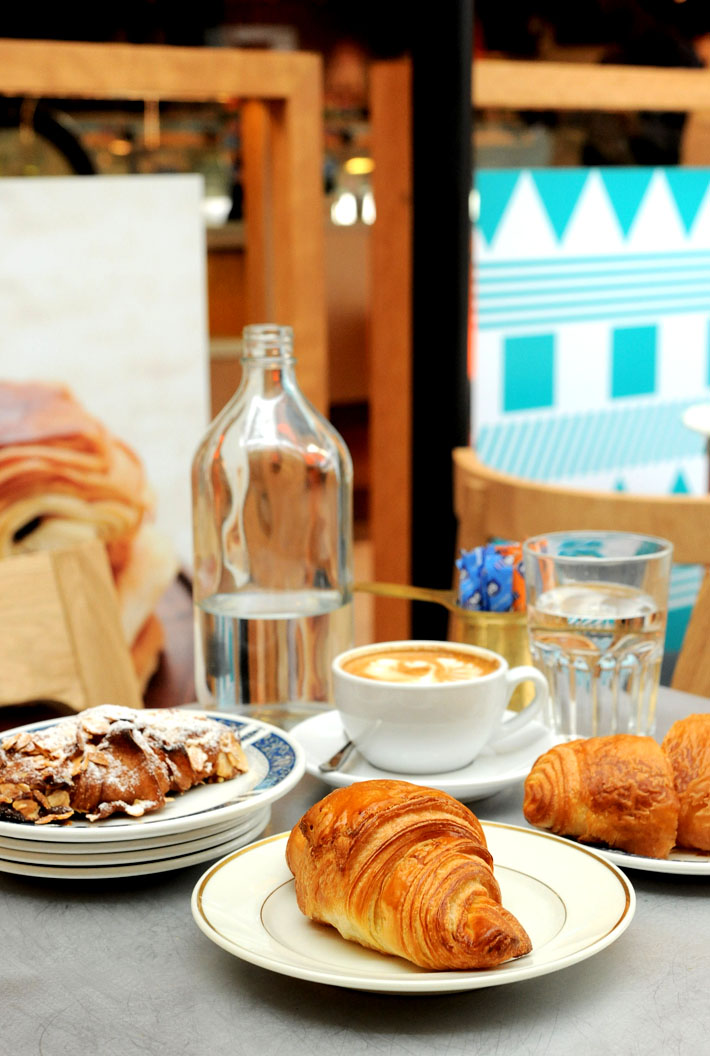 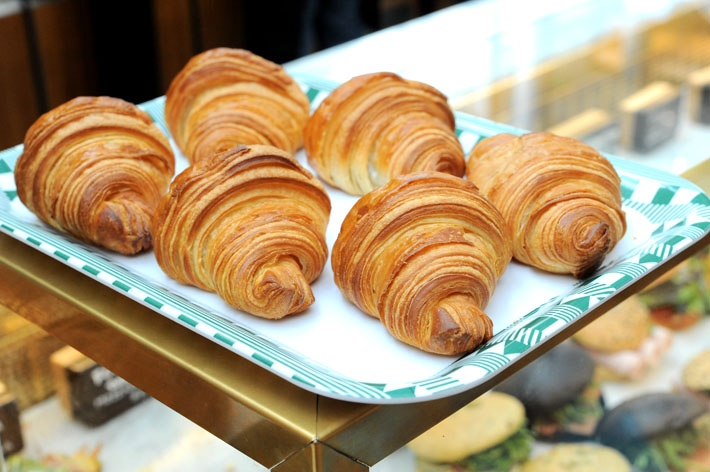 To me, a good croissant is light, flaky and buttery. While the croissants here are tasty, I thought they were not so great. I’ve had much better ones in France before. That said, it is still one of the better versions you can find in Singapore. Moreover, taste is subjective, so it all boils down to personal preferences.

In all fairness, I am not against their croissants. I’ve had mixed experiences (having tried them on several occasions), hence undecided about them being the best.

The Almond Croissant ($3.20), on the other hand, won me overly completely. Unlike the normal croissants, these were dense and moist, and tasted slightly more like a cake than a bread. But what I loved most was the hint of almond in the bread. I am not sure if purists would like it, but I loved it. 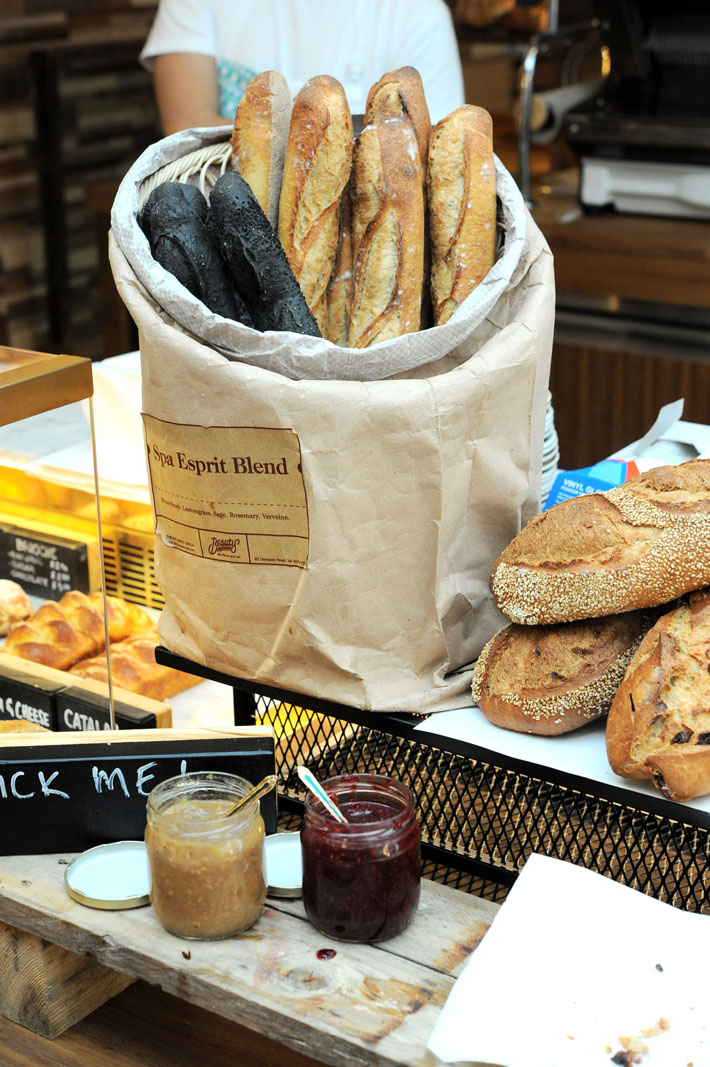 One of the show-stoppers at Tiong Bahru Bakery is the Kouign Amann ($3.50), which is a Breton cake with similar characteristics to that of a puff pastry. It is a round crusty cake, made with bread dough, containing layers of butter and sugar. Lots of butter, sugar and caramel. Sinful, but so damn good. I didn’t manage to get a picture of it, but trust me when I say you must not leave Tiong Bahru Bakery without trying this. This is my favourite item and I will go back again and again for it.

The Pain Au Chocolat ($3.20), while good, could have done with a more generous amount of chocolate. Much has been raved about Tiong Bahru Bakery’s Squid Ink Sandwich ($8.50). In my opinion, it was nothing fantastic, as the squid ink taste was not as distinct as I had hoped it would be. If you have never had it before, it is worth trying once, but I’d suggest saving room for the other sandwiches. 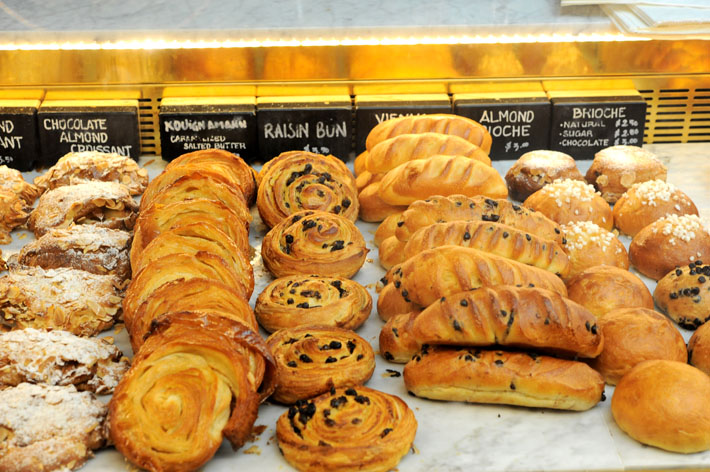 Tiong Bahru Bakery also has pretty decent brioche (available in plain, sugar, almond and chocolate). It’s something that I would have for afternoon tea everyday. 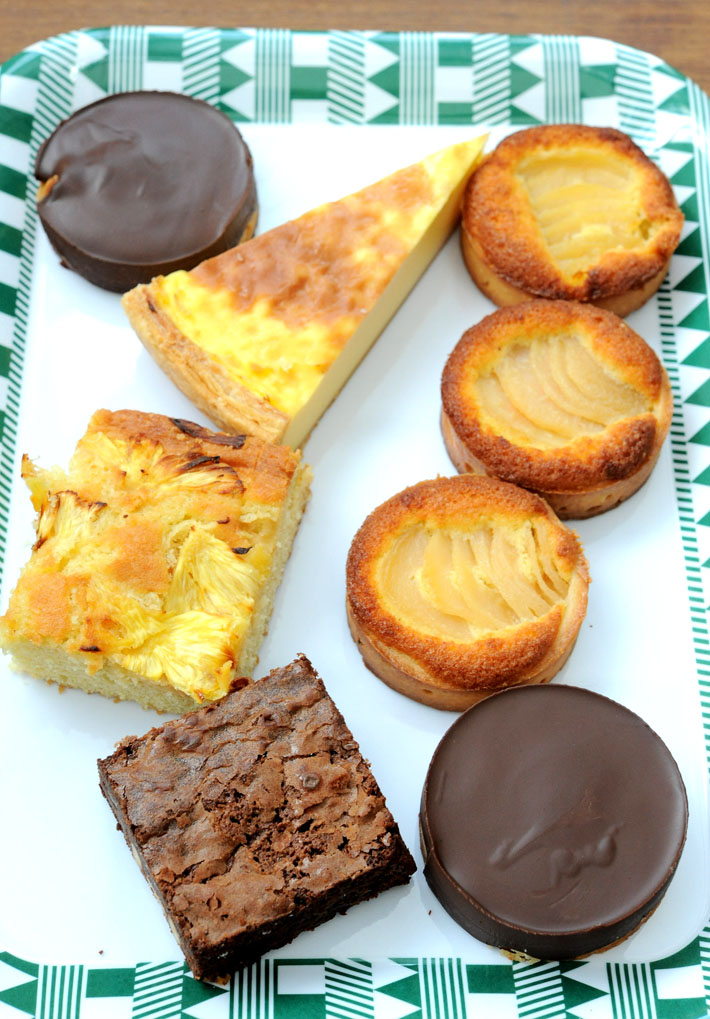 After having the savoury bites, we moved on to the sweet stuff.

The Pandan Flan ($6) is like a giant egg tart, only that the chef chose to use pandan instead of the usual custard filling. I wasn’t too keen on this, but go ahead and order it if you have a thing for pandan.

The Mixed Berry Crumble ($6) was also decent, but it would have been perfect if they had served it with a scoop of ice cream.

Tarte au citron is one of my favourite desserts, so I was really looking forward to trying Tiong Bahru Bakery’s rendition. The Round Lemon Tart ($6) was good, but not what I had in mind. It was more like a short bread than a butter tart. If you love the usual tarte au citron like me, this is probably not for you.

Also worth mentioning is the Pineapple Coconut Cake ($6), which is rustic, and tastes somewhat nostalgic – exactly the kind that you would find in your grandma’s kitchen. It was enough to gain my adoration.

We also had a Chocolate Tart ($6), which had layers of fruits (orange, apricot and fig) in between. It was sticky and chewy, and again, quite unlike the standard chocolate tarts. 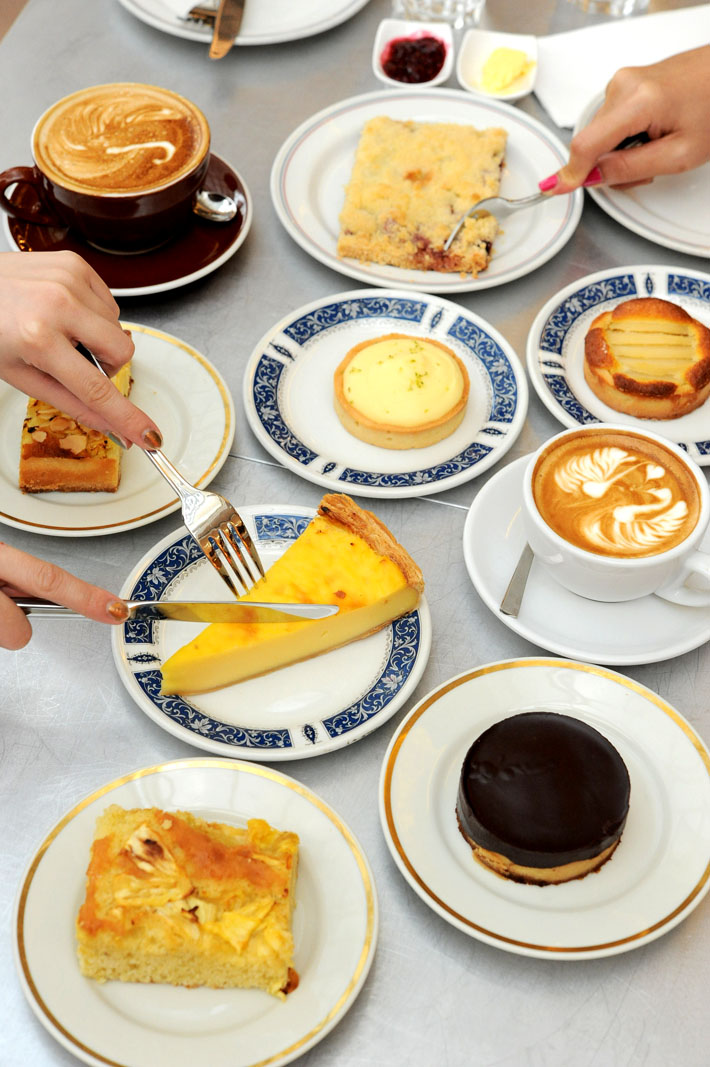 Most of the creations at Tiong Bahru bakery are infused with Asian flavours and ingredients like curry, pandan, pineapple and tamarind skin. In other words, you either love or hate the unique flavors.

Not everyone will love Tiong Bahru Bakery on their first visit, but if you get the chance to sample more of their offerings, you will discover more favourites along the way that will then keep you coming back for more.

I love the Kouign Amann too!!!

Their apple crumble is amazing! Best apple crumble I’ve ever had. It was buttery and it doesn’t crumble down to a pile of sand when you cut it

I think it’s unfair to compare TBB’s croissant to those in France – it’s simply not possible! I do however find that TBB’s croissants are the closest substitute to the ones in France. If you do know where to find comparabe, if not better ones in SG, PLEASE DO SHARE! I miss French bread and pastries in general. I’ll also have to agree with Nicole that TBB’s apple crumble is pretty delectable. Didn’t quite fancy the Kouign Amann – thought it was sickeningly sweet. Nonetheless, TBB’s the best bakery in town by a long shot – in my opinion at least.

Actually you did capture the picture of Kouign Amann if I didn’t read it wrong (Pic 5 no?).

Thank you for sharing this, i stay within a walking distance and I never knew about this. Gonna give it a try tomorrow

Their suppositely famous pastry Amann taste terrible, not fresh, too dry and too hard. Coffee is too acidic and does not taste good. Overall, overpriced. Service is very unorganised. I will not recommend this cafe or their branches. Their food and management have dropped compared to before, there are other better cafe around if you are going to pay this kind of prices. I think the comments from earlier years might be true but not nowadays.