Run by the same guys behind the now-defunct Ronin and Punch at North Canal Road, Gather is their new concept at Raffles Hotel Arcade that opened its doors on the 1st of February. 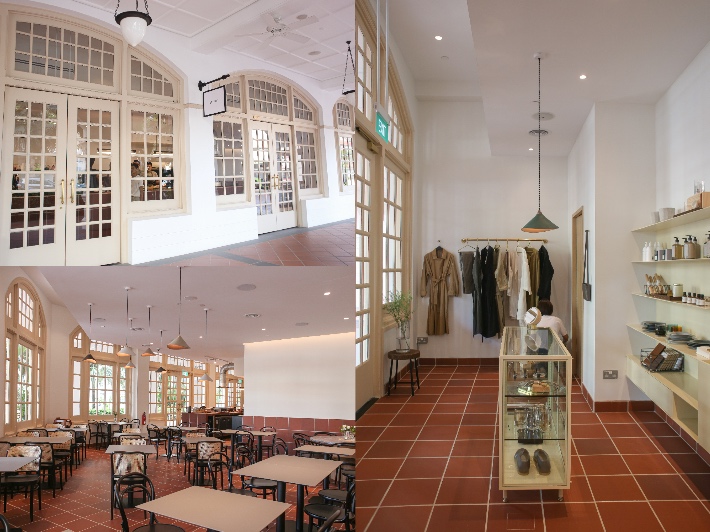 Being situated in a British colonial designed building, Gather boasts an old-school charm. The simple interior and open concept was inviting and comfortable;  it is a cosy place to unwind and spend some private time.

They have a merchandise corner as well for those who might be interested in take-homes such as soap, fragrance oil and so on. 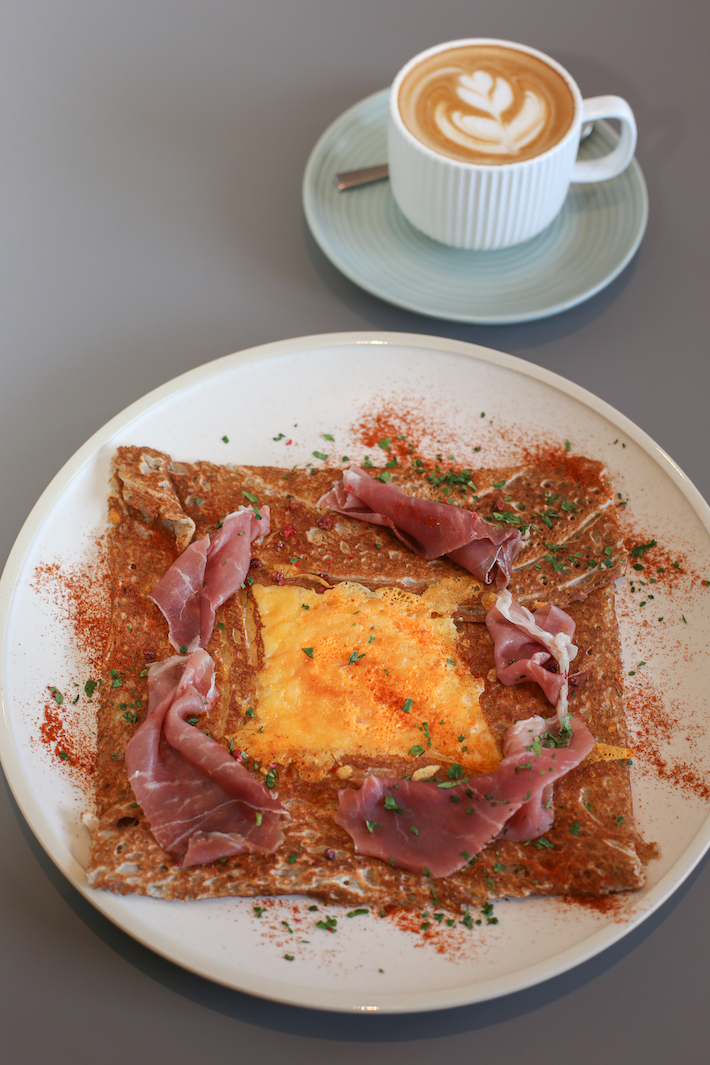 We had the Parma Ham (S$18) that came with Italian parma ham, Gruyère, cheddar and egg. It was absolutely delightful with a crispy outer layer and when layered and folded, it had a chewy and fluffy texture. The parma ham and cheeses paired well with the light batter, while the egg in the middle helped to reduce the saltiness.

You’d expect this combination to be too overwhelming with sodium that it might be cloyingly sick but we promise you, it isn’t. 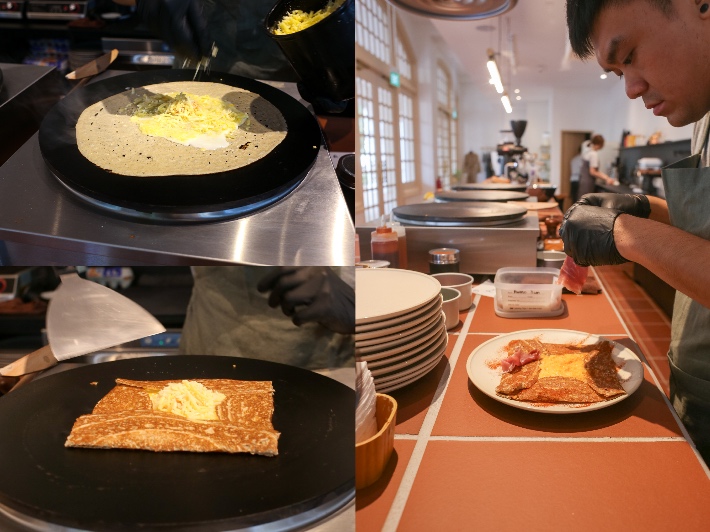 You get to witness the skilful crêpe making process over the counter as they freshly prepare it upon ordering at their open-concept kitchen.

Currently, they have six types of savoury and three types of sweet crêpes on their menu. Main or dessert, up to you! 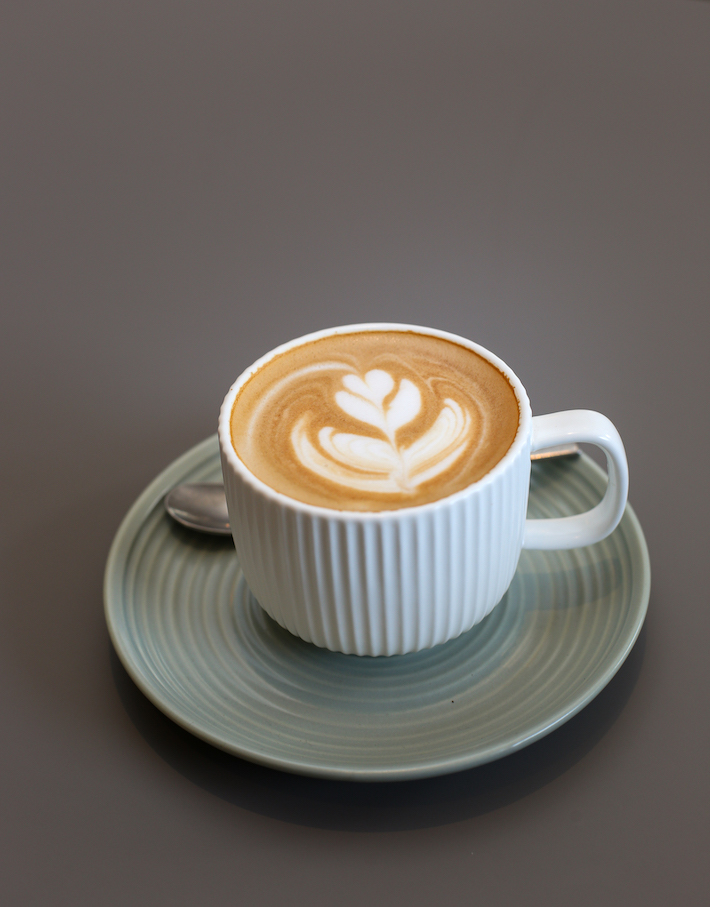 Breakfast is never complete without a cuppa. The White (S$5 for 5oz) had a nice froth and was fragrant, but no wow-factor from it nor a differentiating flavour from other coffee shops. Still, it is a decent cup of coffee for a casual caffeine fix.

The crêpe itself was enough to make us want to revisit this cafe again. Good ambience and great hospitality from the staff there! They were really cheerful, welcoming and polite, constantly making sure everything was of satisfaction and made appropriate recommendations.

Also, they are still in their soft launch period until the 5th of February where payment is by a tipping basis to pay-as-you-like. Give these guys a visit ASAP for some great food and vibes!