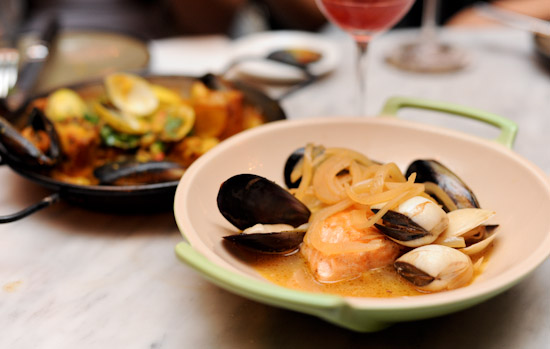 Sabio Tapas Bar & Restaurant is located on the slope of Duxton Hill, alongside Buyan Russian Restaurant and Flor Patisserie.

There’s just something intoxicating about eating in a tapas bar. Maybe it’s the idea of having a glass/(es) of wine with many plates of Spanish appetisers. Maybe it’s the fact that you get to chill out with a group of friends after a long day of work. Or maybe it’s simply because I am a big fan of Spanish cuisine.

Like the Chinese dim sum, Spanish tapas offer you the luxury of having small bites of everything. Then, you also have the pinchos, which are somewhat similar to tapas. It is the name of certain snacks typically eaten at bars in the Basque country. The main difference is that they are usually served in individual portions with a skewer or toothpick, often to a piece of bread. 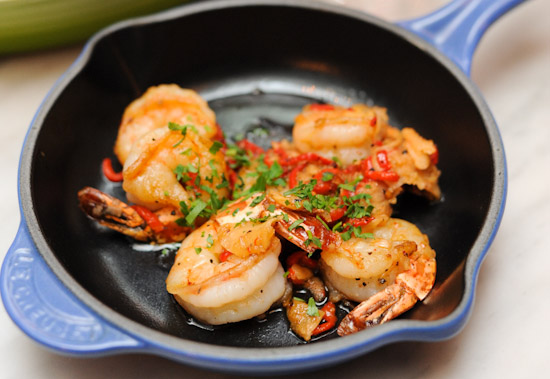 Anyway, I digressed, let’s get back to Sabio. The Spanish restaurant was full when we were there on a weekday night, with mostly expats enjoying a drink and some snacks after work.

I was rather attracted by the cold tapas like Boquerones en Vinagre ($9) – Anchovies served in vinegar; Sombrero de Setas – Mushroom hat in olive oil and garlic; or the Chipirones en sa tinta ($16) – Stuffed squid in ink. But my friends were not interested in cold tapas, so we focused on the hot tapas. Some of the options that were waving frantically at us include: Tortilla espanola con chorizo ($12) – traditional Spanish omelette with chorizo; Revuelto de esparragos ($12) – scrambled eggs with asparagus; and Pulpo gallego ($11) – Octopus cooked in olive oil and lemon.

There were over thirty Spanish small plates to choose from, and we were tempted to order everything. We eventually settled for some hot tapas, a paella and a jar of sangria. 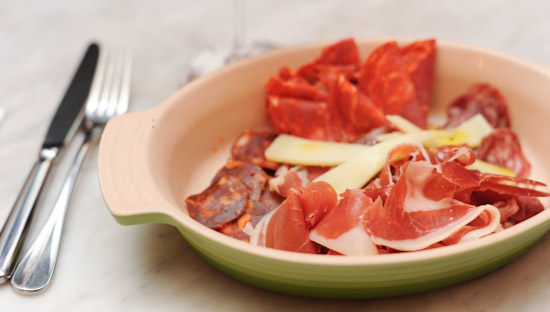 The Embutidos Mixtos ($25) – a selection of Spanish ham, sausages, and cheese – arrived before the hot tapas. We ate the fantastic Spanish ham, drank sangria, and ate more ham. 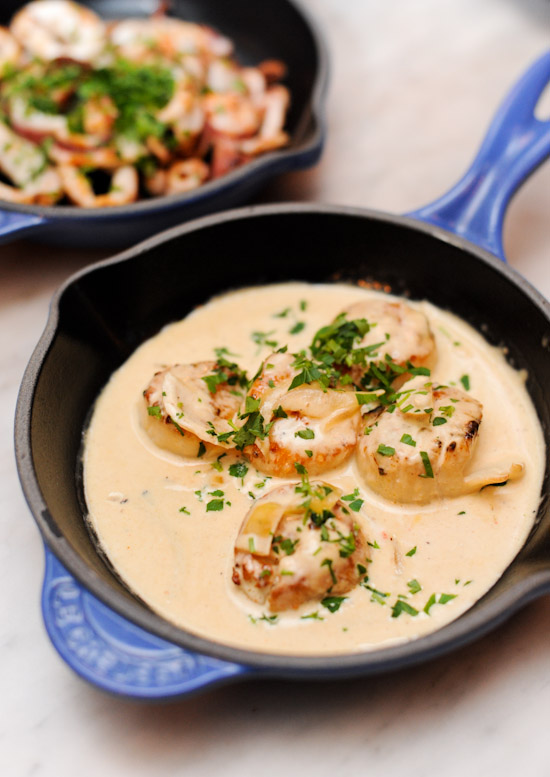 It would be perfect if they were meatier (if there’s such a word), but it didn’t really matter because the sauce was the highlight. The sparkling white wine sauce was divine. In fact, it was so good that we had the other tapas with it. I was actually a little sad when the waiter cleared the pan away. 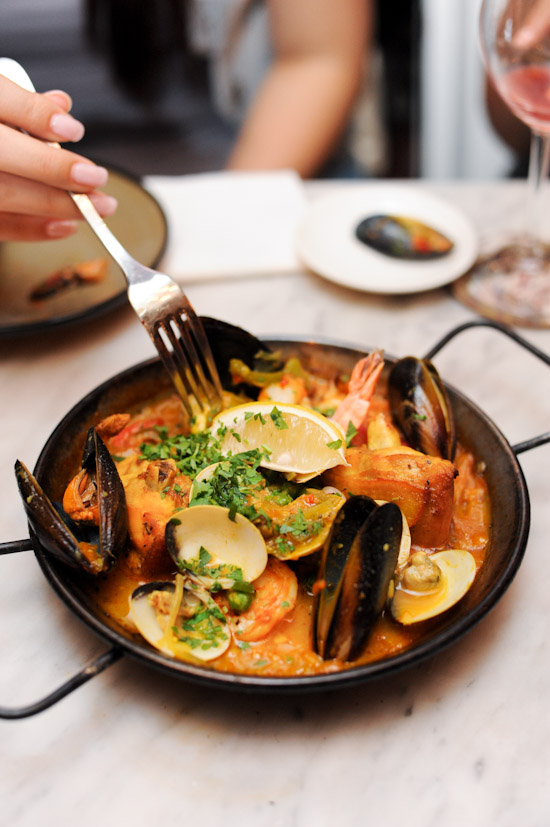 The Chicken & Seafood Paella ($22), on the other hand, was disappointing. I can’t put my fingers on what’s missing, but it just isn’t something that I’d order again on my next visit to Sabio Tapas Bar. 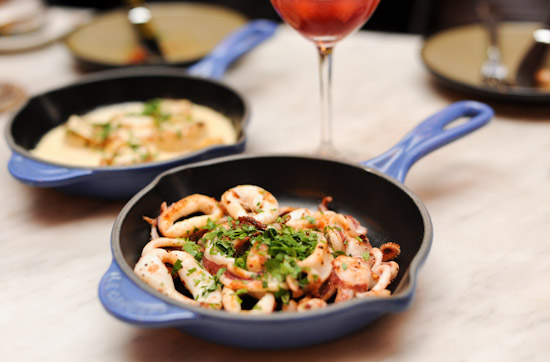 Sabio Tapas Bar & Restaurant at Duxton Hill is a good place to chill out with a group of friends. If your office is near the Tanjong Pagar/Duxton area, why not drop by Sabio after work? At the same time, you can also check out the other new restaurants in Duxton Hill.

For more recommendations, read my list of Spanish Restaurants in Singapore

tapas bar hopping? I think you call that a tapas crawl.

Perfect for a girlfriend outing! I went there last weeks after I read this post, we (6 ladies) enjoyed it!