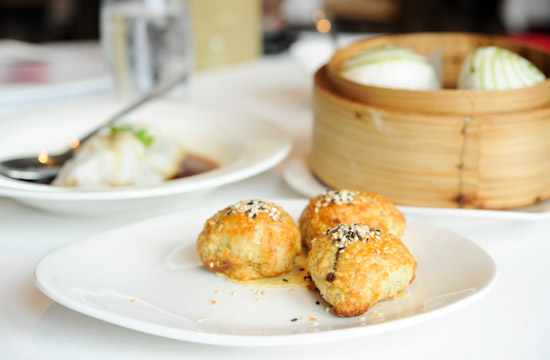 Nestled at the top of Mandarin Orchard Singapore (previously Meritus Mandarin) on the 35th level, the Chinese restaurant has a good view of the town area. It is currently one of my new favourite dim sum places in Singapore.

The weekday ala carte dim sum menu has over 20 items, with average prices between $5 to $5.7 per basket. Stand-out dishes include Steamed Pumpkin Dumpling, Crisp-fried Thousand Filo, Steamed Shark’s Fin dumpling, and Chinese Pancake with Bacon & Pork Floss. Since it was our first time to Mandarin Court Chinese Restaurant, we proceeded to order the popular (but safe) choices.

The Baked Barbecued Pork Pie ($5.7) was quite different from the ones that I’ve had before, but I can’t quite put my finger on it. Anyway, they were not out-of-this-world good, but they were tasty, and that was enough. 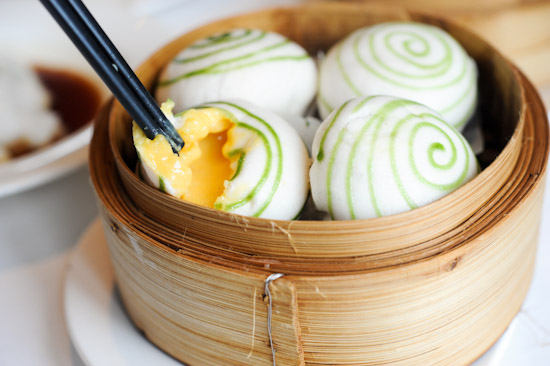 At $12 for a basket of four, Mandarin Court’s custard buns are not cheap. I was quite hesitant to pay $3 for a bun, but the waitress convinced me that they are well worth the price.

Looks-wise, I’m very sure that this basket of custard bun would win any dim sum pageant. Taste-wise, I thought that it would be perfect if it had a stronger salted egg yolk flavour. 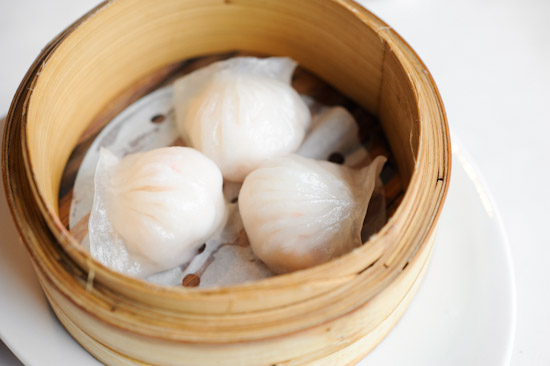 I thought that the Steamed Crystal Prawn Dumplings ($5.7) were average; the translucent skin was slightly torn before we had it. 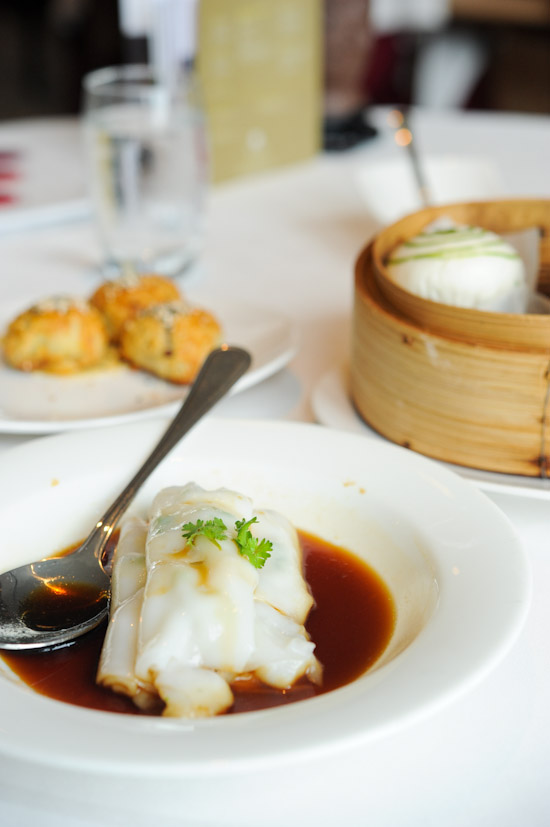 Given that most places charge around $5-6 for Steamed Cheong Fun, I thought that Mandarin Court Restaurant’s rendition was overpriced at $8. The rice rolls were slightly too thick, and I would probably skip it next time.

For those of you who want to indulge in a feast, Mandarin Court Chinese Restaurant has a new Weekend Dim Sum Brunch Buffet which comes with 120 items, at $68++/pax.

I feel that Mandarin Court Chinese Restaurant is one of the most underrated restaurants in Singapore. I’d definitely recommend coming here if you are looking for a restaurant in Orchard Road to have lunch.

For more recommendations, please read my list of dim sum restaurants in Singapore

I tried their dimsum buffet months back and i found the dimsum items to be rather mediocore.

Now collating the list of dimsum places that I would drop by on my next trip back home. Thanks for the heads up. Will give this a try. Cheers!