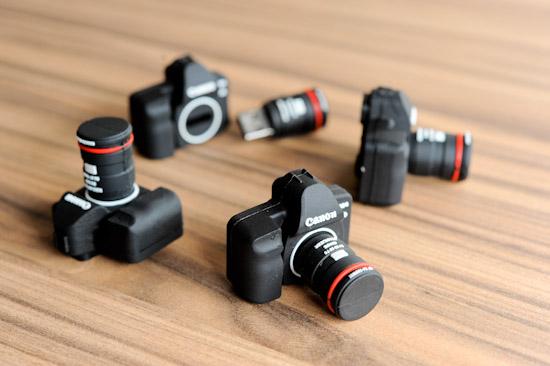 The giveaway is now closed. Thank you for participating. The winners are Clarissa Chia, Joshua Tan, and Nicolette Chen. I will be contacting you via email.

Folks, thank you for the support of Gadget Chef so far! We have been busy preparing for the upcoming new gadgets, and you will hearing from us soon.

Meanwhile, we are doing a giveaway of THREE Miniature Canon DSLR 8GB USB Drive. All you have to do is to subscribe to Gadget Chef’s mailing list below.

Note: 1) Existing subscribers will automatically qualify for the giveaway. 2) You need to complete the subscription process by clicking on the link in the email we just sent you. 3) Gadget Chef ships worldwide, so everyone can join the giveaway. 4) It ends on 8th April 2012 Sunday 12 noon. Winners will be notified by email.

Do visit our Gadget Chef shop and show us your love. More cool gadgets coming soon!

The kind people from Toshiba and Intel have given me the Toshiba Portégé Z830 Ultrabook, and I love it so far.

At just 8.3mm and 1.12kg, it’s the world’s lightest 13″ Ultrabook, and I am grateful for the size because it is so much easier to bring around when I am travelling. I can’t live without my laptop and it is great that the Toshiba Ultrabook is light and portable, with many different ports to ensure full connectivity.

A few weeks ago, I went to Kuala Lumpur with Beatrice and Velda on a fun filming trip for the Ultrabook Challenge, where we tested out the Toshiba Portégé Z830 Ultrabook. The filming was done in a huge mansion, and we had a team of film crew, producers and make up stylist on the set – it was quite an experience, and I will be blogging more on that next week.

The production house is still editing the footage, so stay tune if you want to find out what we did in Kuala Lumpur. Meanwhile, you can join the conversation on the Toshiba Portégé Z830 Ultrabook, Inspired by Intel at Toshiba Facebook Page.

While having lunch at Ben’s Restaurant (a lovely place which is similar to PS Cafe), we were goofing around and randomly took some clips.

Beatrice just edited a short trailer of our weekend getaway, so I thought it would be fun to share it with you. Have a great week ahead you guys!

Full Disclosure & Fine Print: The Toshiba Portégé Z830 Ultrabook was given to me as a review set, and monetary compensation was received for my participation in the KL filming. All views and opinions are my own. 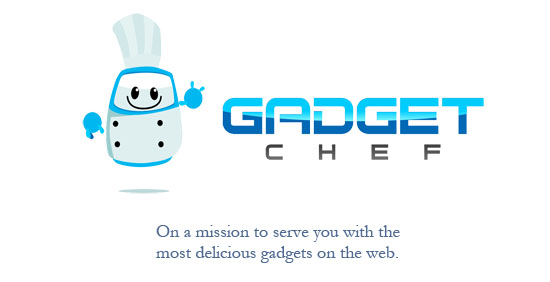 I’m not good at making an announcement, especially so when I’m doing it on the internet; it feels as though I’m talking to myself. So I’ll just go straight to the point.

Gadget Chef is a collaboration with my good friend Arnold, and our mission is to serve you the most delicious gadgets on the web.

We’ve been working on this project for quite some time, and after searching for the best gadgets, we are finally ready to launch our website. There will be a whole range of cool gadgets, from cutesy USB thumb drive, to Camera Bags, to Kitchen Gadgets – there is something for everyone. You can visit our Gadget Chef shop to find out more. 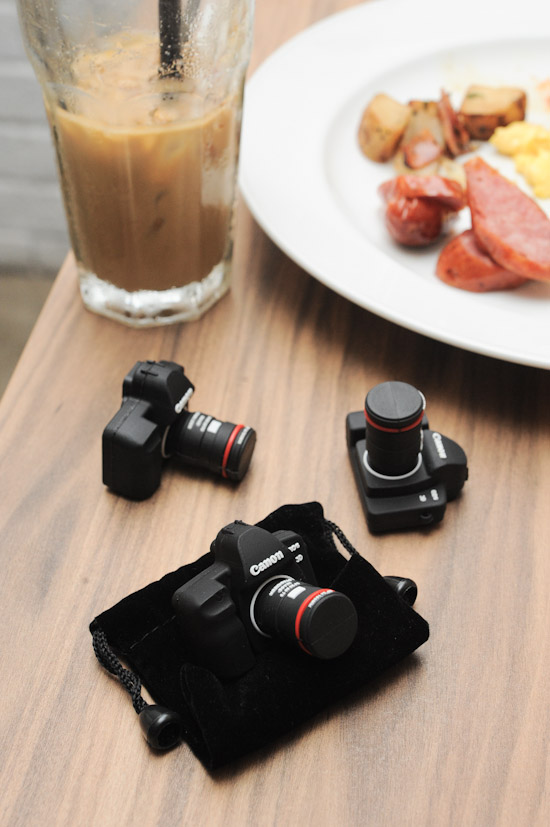 For Gadget #1, we are proud to present the Miniature Canon 5D MKIII DSLR USB Drive.

One of the best things that I got for myself is my DSLR (Digital single-lens reflex) camera. It allows me to take wonderful photos, and it is always by my side no matter where I go.

When Arnold told me about the Miniature Canon 5D MKIII DSLR USB Drive, I knew we had to bring it in and share them with you. The USB Drive is the perfect gift to get before the camera is launched in the market!

We have limited stocks of the Miniature Canon 5D MKIII DSLR USB Drive in 8GB and 16GB, so click here to get yours now!

Thank you for the support, and please help me to spread the word about Gadget Chef. Do follow us at our Twitter account @gadget_chef for up to date news such as giveaways and product releases. 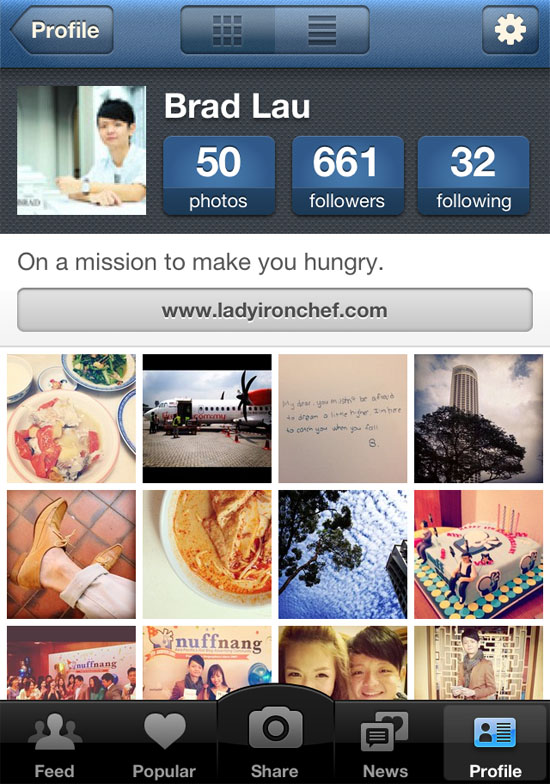 Hello folks, I finally joined Instagram! I know it’s a little late, but show some love and follow me at @ladyironchef (or search for Brad Lau). I promise to make you hungry with yummy food photos! Yay to Instagram food photography!

I’m still quite new to iPhone, appreciate if you could leave a comment and let me know which are some of the must-download iPhone applications! Thanks folks, have a good week ahead! 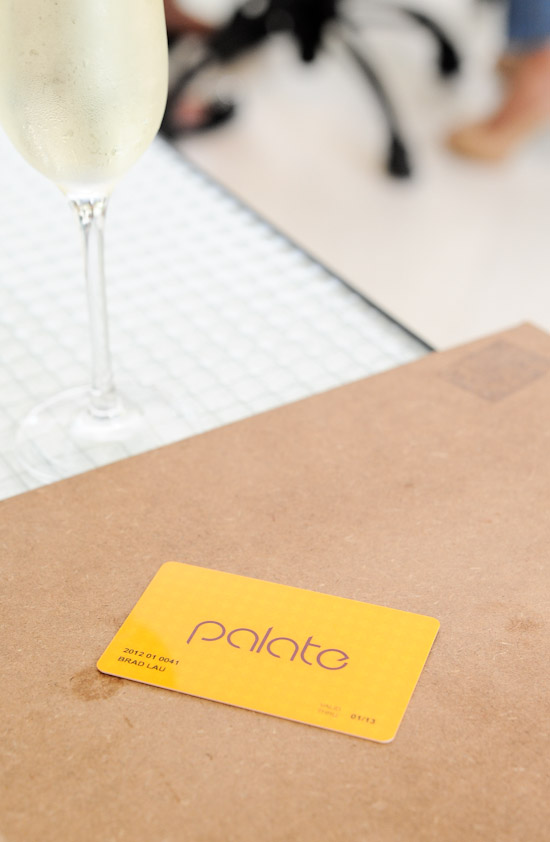 The giveaway is now closed. Thank you for participating. The winners are #550, #3, and #399. I will be contacting you via email to let you know how to collect the Palate Membership.

Palate Membership is a dining card which allows members to benefit from dining privileges of up to 50% discount at over 40 restaurants island-wide, as well as a list of trendy bars.

It sounds a little too good to be true, but I’ve tested it, and yes, it really offers you 50% off for 2 (35% for 3 persons, 25% for 4 persons) at restaurants like Anar, Bodega Y Tapas, Brasserie Wolf, Da Paolo Bistro Bar, Fremantle Seafood Market, il Lido, OChre, Keystone Restaurant, Roast, Shin Yeh, and Tung Lok.

So here’s the good news. I’m partnering Palate Singapore to give away THREE Palate Membership (worth SGD$428/annum). All you need to do is to answer a question by leaving a comment.

Remember to ask your foodie friends to join the giveaway by sharing via the tweet and facebook buttons so that you guys have more chances of winning!

END_OF_DOCUMENT_TOKEN_TO_BE_REPLACED 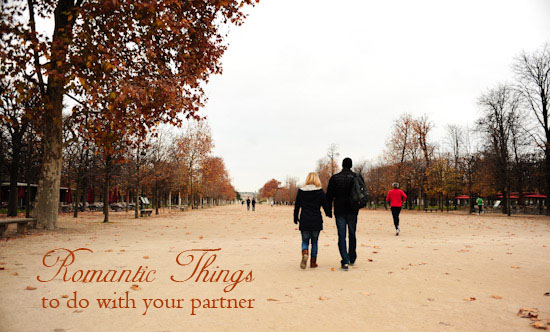 If you truly love someone, every day should be like Valentine’s Day.

It’s great to be in love, there are so many sweet things that you can do with your partner: surprise her with a candlelight dinner during a weekend; snuggle in bed on a cold rainy day; send silly messages to each other throughout the day; buy a flower for her even though there’s no special occasion.

Guys, you do not need a reason to be romantic. You should always do things to make her feel special; she is, after-all the most important person in your life. Everyone likes list posts, so here are some romantic ideas/things to do with your partner.

END_OF_DOCUMENT_TOKEN_TO_BE_REPLACED 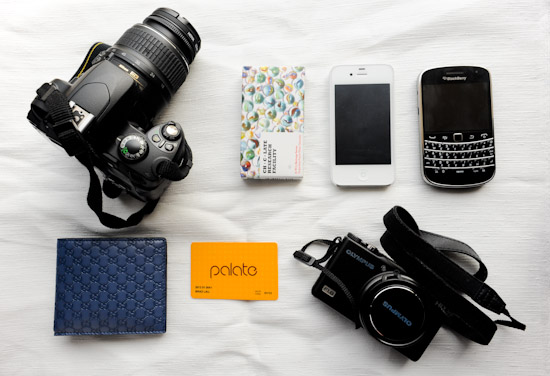 My friends always ask me for suggestions of gift ideas for their boyfriends. Since Valentine’s Day is just next week, I thought it would be fun to share some ideas on presents to get for guys.

Contrary to popular belief, getting presents for men is not that difficult; you just need to know what his hobbies are. Guys love gadgets, or at least, most guys do. Just go along that line and you’ll be fine. If not, you can always bring him to go shopping for a wardrobe overhaul. (Just make sure you promise not to walk into the female section.)

Here’s a list of Valentine’s Day Gift Ideas for Men.

END_OF_DOCUMENT_TOKEN_TO_BE_REPLACED

2011 has been a beautiful year for my food blog: winning Nuffnang Asia Pacific’s Best Food Blog, eating lots of yummy food, travelling to gorgeous cities, and meeting many new friends.

Just a quick self-plug: my blog garnered a total of 414,395 unique visitors, and 945,413 page views in December 2011. And according to Alexa traffic rankings, ladyironchef is currently the top #86k website in the world, and #482 in Singapore.

January has been off to a great start so far, and I hope to share more good food with you this year. Thank you for joining me on this amazing journey.