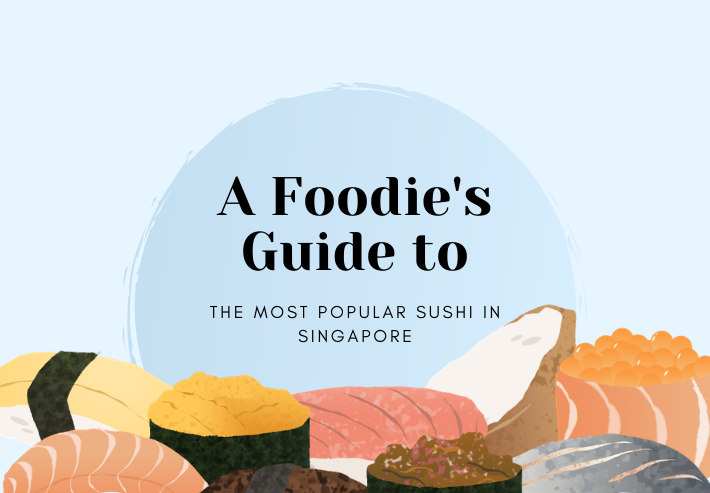 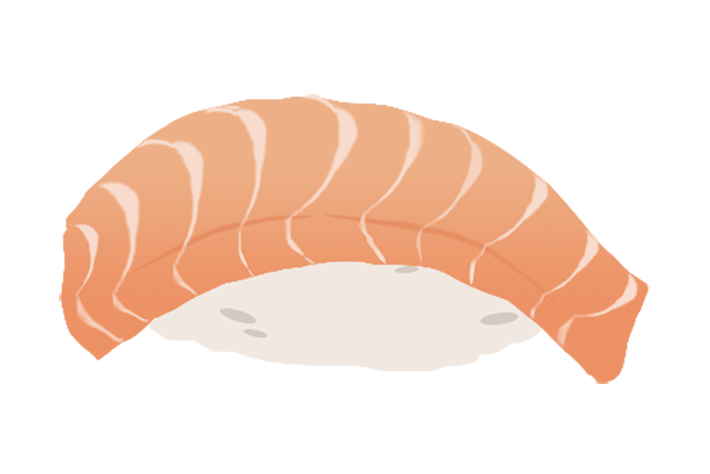 Name: Salmon Nigiri
A thick cut of fresh salmon sashimi is placed over sushi rice – might be the most popular variety in Singapore. 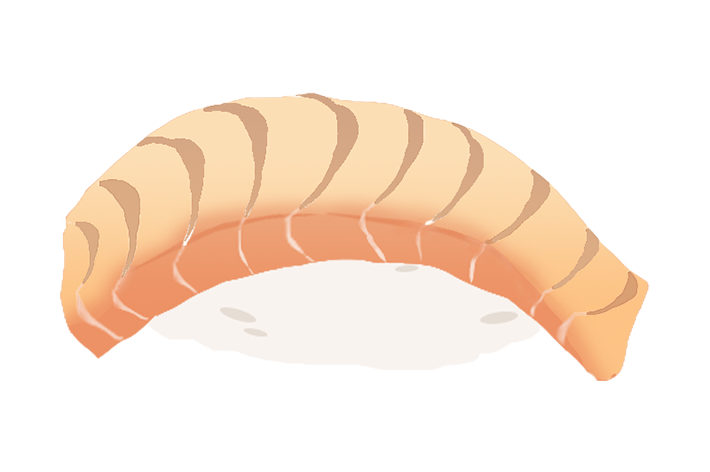 Name: Aburi Salmon Nigiri
Just as or possibly even more popular than the normal salmon nigiri – the salmon is half cooked by torching it before serving. 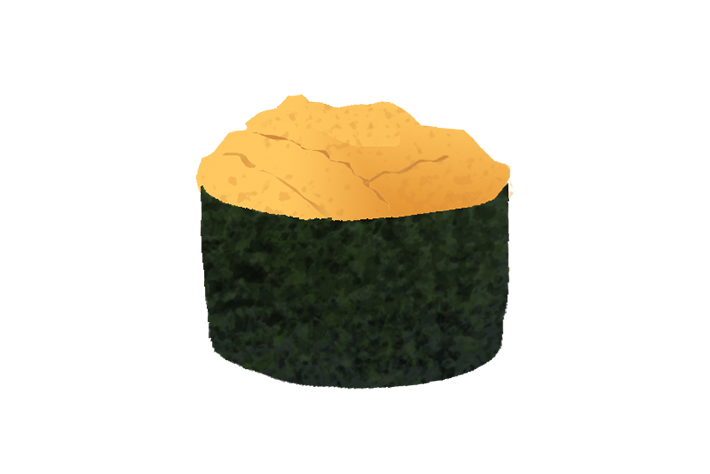 Name: Uni Gunkan
Almost a staple in more refined Japanese restaurants because of the creamy texture and umami-filled taste of the sea urchin. 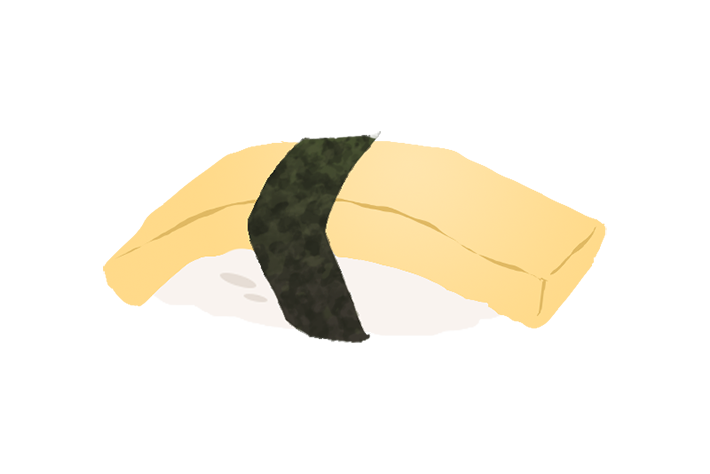 Name: Tamago Nigiri
Egg is mixed with dashi stock – a mix of bonito and Japanese seaweed (kombu) – to give the egg its unique flavour. 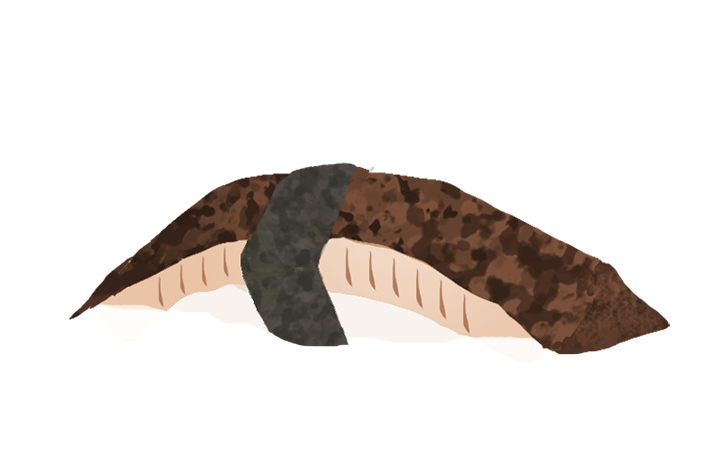 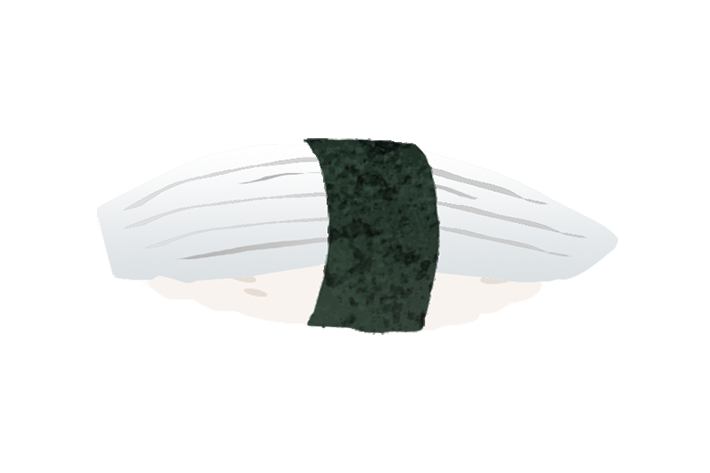 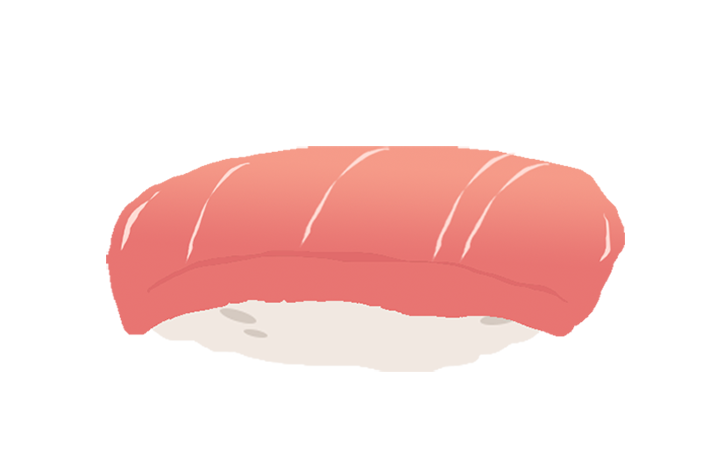 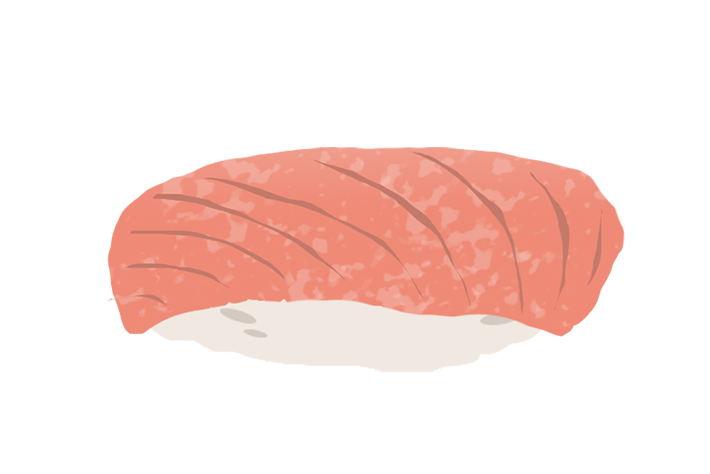 Name: Otoro Nigiri
The fattiest part of the bluefin tuna is set over sushi rice. Because the fish is so delicate, the fat sometimes melts due to the warmth of the rice. It is one of the most indulgent sushi varieties. 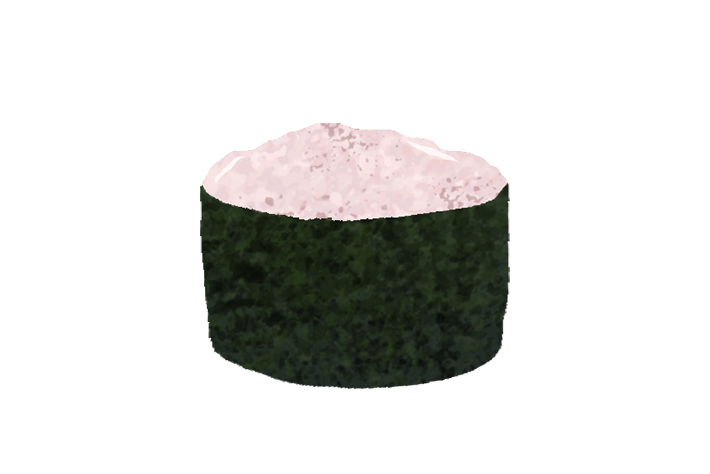 Name: Negitoro Gunkan
This sushi was transformed into a morsel from the Negitoro Don, which is a rice bowl dish consisting of minced tuna and sushi rice. The sushi may be topped with a raw egg yolk at some omakase restaurants. 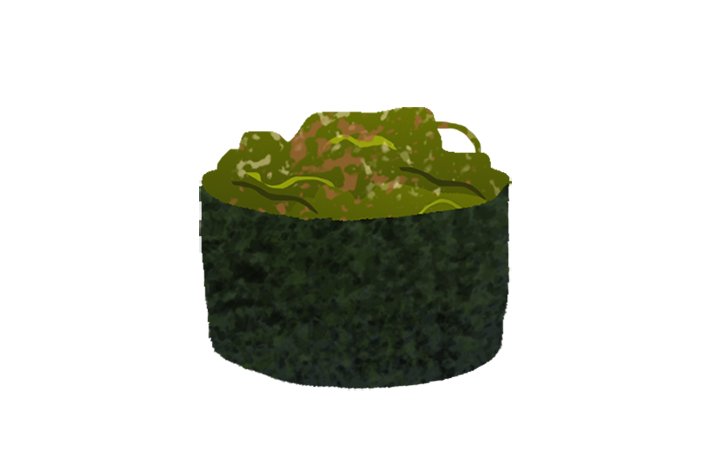 Name: Wakame Gunkan
This well-known sushi is an umami bomb, packed with flavour of Japanese seaweed. 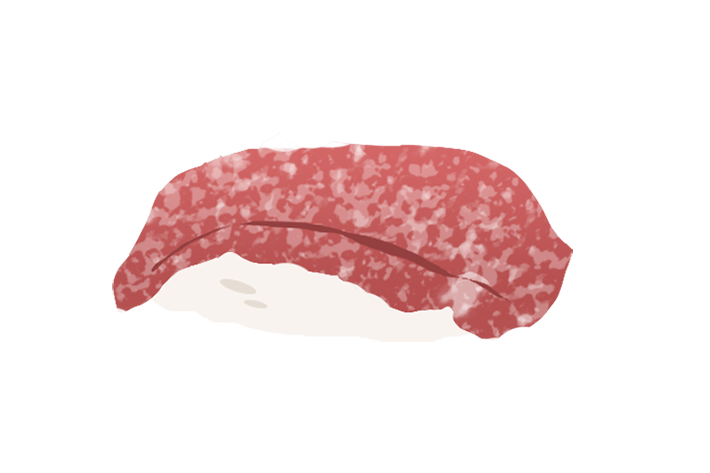 Name: Wagyu Beef Sushi
This is not often seen, but when it’s on the menu, we always get excited. It may come raw, torched or soy-glazed. 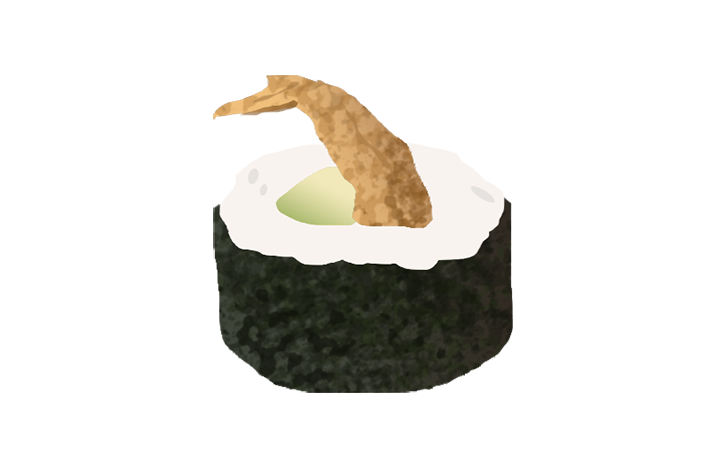 Name: Soft Shell Crab Maki
This is a staple in most sushi restaurants in Singapore – crispy soft shell crab and cucumber, with the occasional appearance of avocado, is rolled up in sushi rice and seaweed. 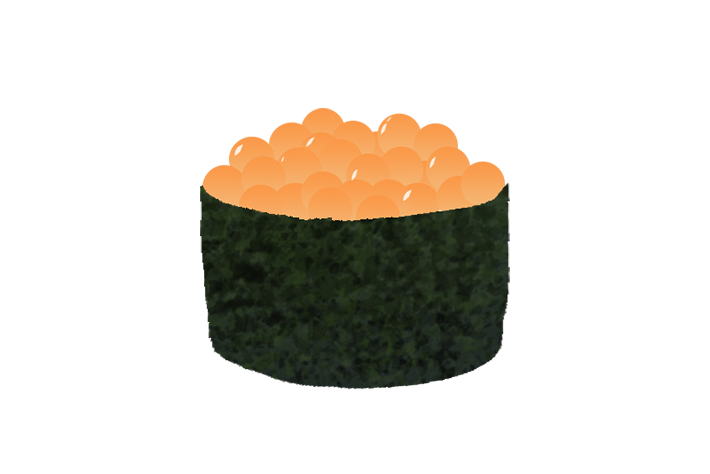 Name: Ikura Gunkan
This sushi contains pearls of fish roe – sometimes big or small depending on the fish, where larger roe comes from salmon. It is wrapped with seaweed. 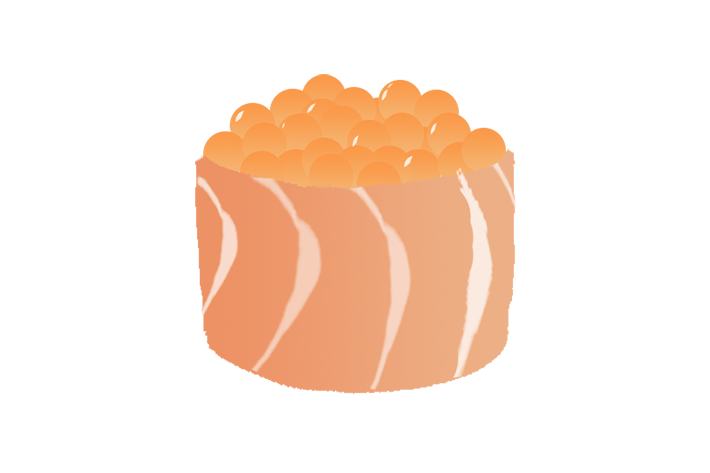 Name: Hana Maki
Instead of seaweed, an ikura roll is wrapped in fresh salmon sashimi slices. It is usually found with mayo beneath the fish roe. 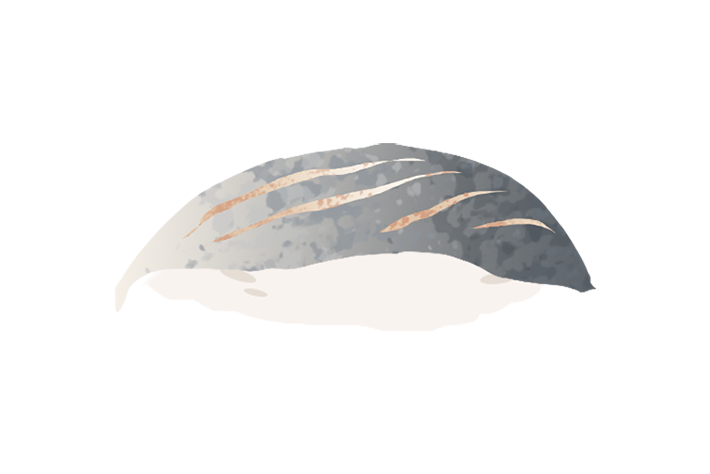 Name: Saba Nigiri
Mackerel is normally torched and set atop over sushi rice – it has a fresh and salty flavour. 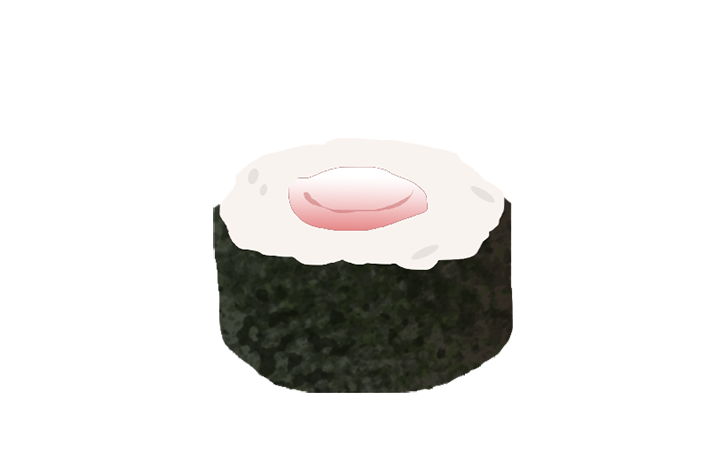 Name: Kani Maki
You may have eaten this crab-stick sushi roll as a kid. In finer establishments, sweet crab meat replaces the usual crab-stick. 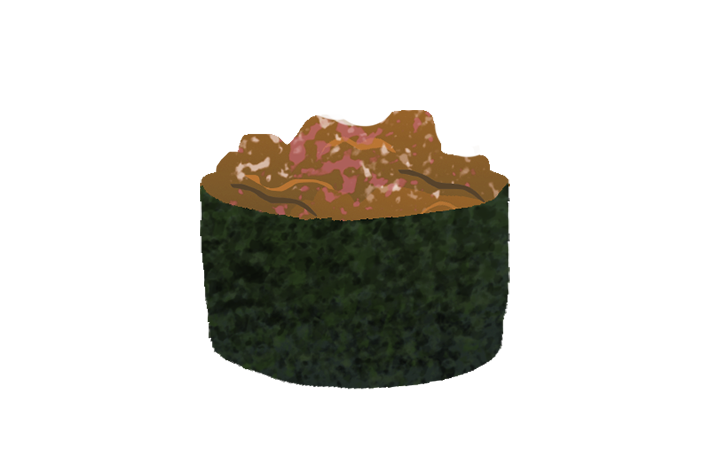 Name: Jellyfish Gunkan
Sesame-marinated jellyfish is mixed with toasted sesame seeds and then put over sushi rice and seaweed. It has a unique crunchy texture and sweet-and-savoury flavour. Name: Inarizushi
Sweet, marinated beancurd encases sushi rice – most have it plain but it also comes with toppings, with the beancurd skin as a replacement for seaweed to create another variety of sushi. 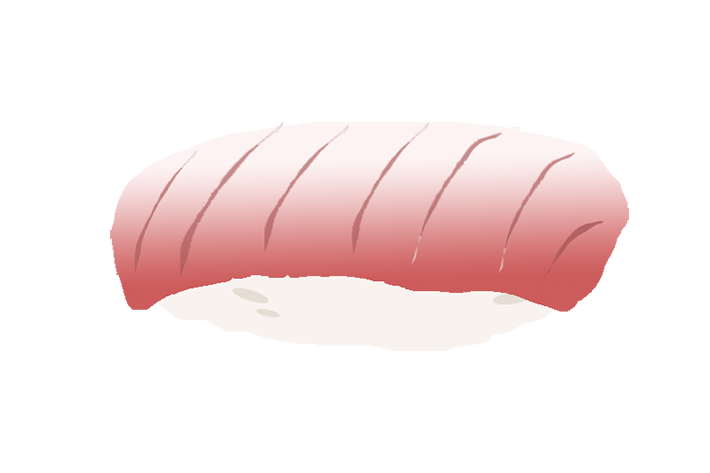 Name: Hamachi Nigiri
This sushi features Japanese yellowtail sashimi and has a super buttery texture and has a bold fishy flavour. 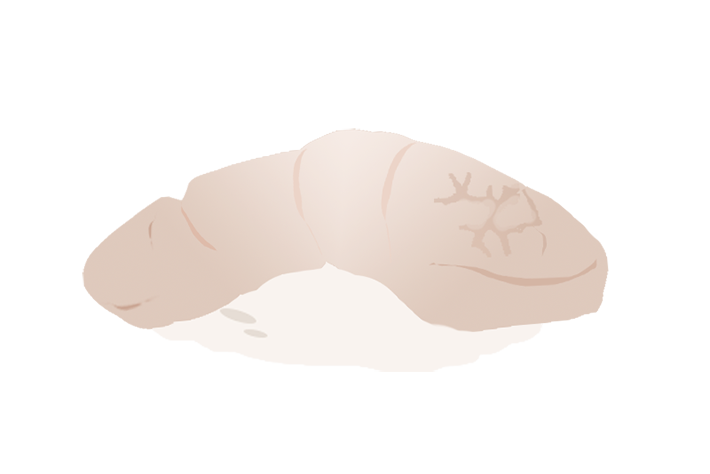 Name: Hotate Nigiri
Fresh scallop is sliced and placed over sushi rice and is often glazed with soy sauce. It is occasionally torched. 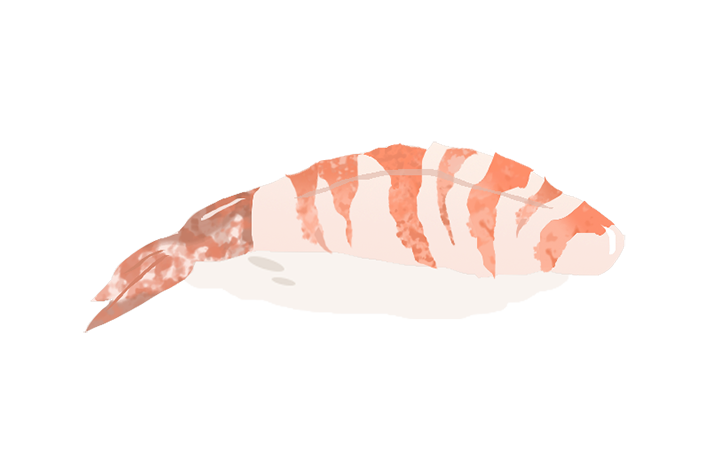 Name: Ebi Nigiri
Shrimp is butterflied and cooked, then placed over sushi rice and is usually served with a soy sauce glaze. 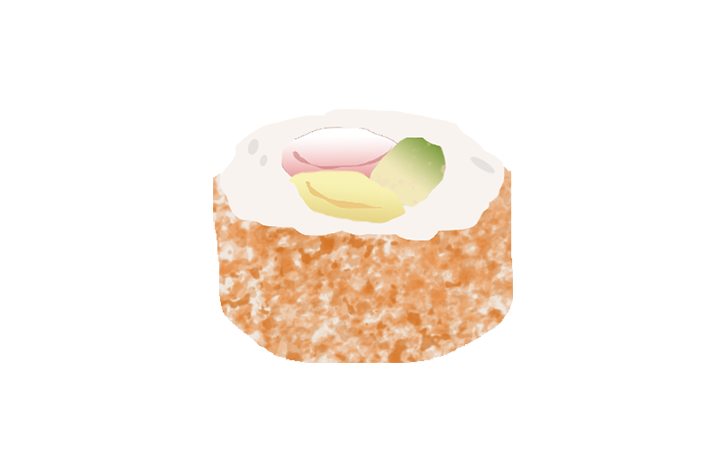 Name: California Maki
This is more of an American creation – some sushi fans refuse to acknowledge it as actual sushi, but it’s still pretty popular amongst the general public. It normally contains tamago, avocado and crab-stick. 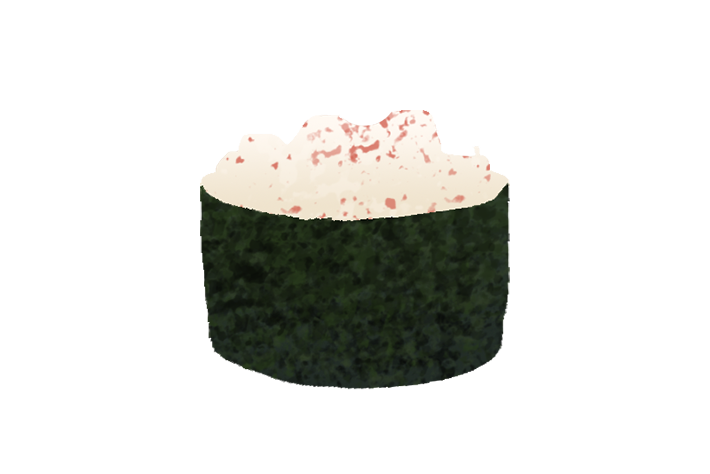 Name: Mayo Gunkan
Featured here is the Crab Mayo Gunkan but this sushi can come with other items such as corn. The mayo adds a creamy texture and tangy flavour to the sushi.