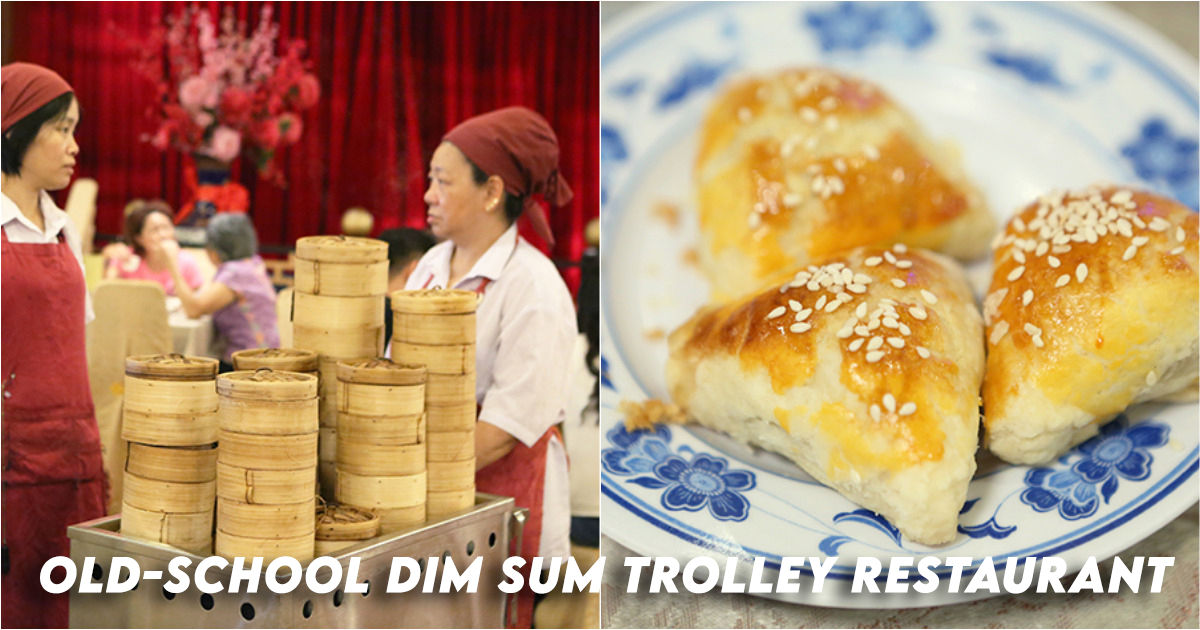 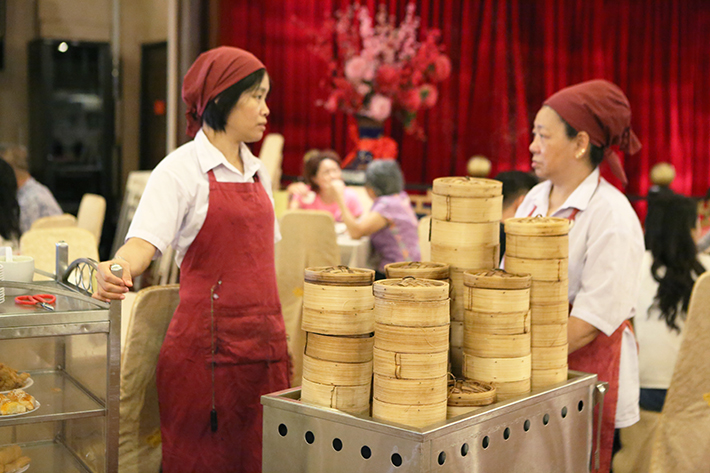 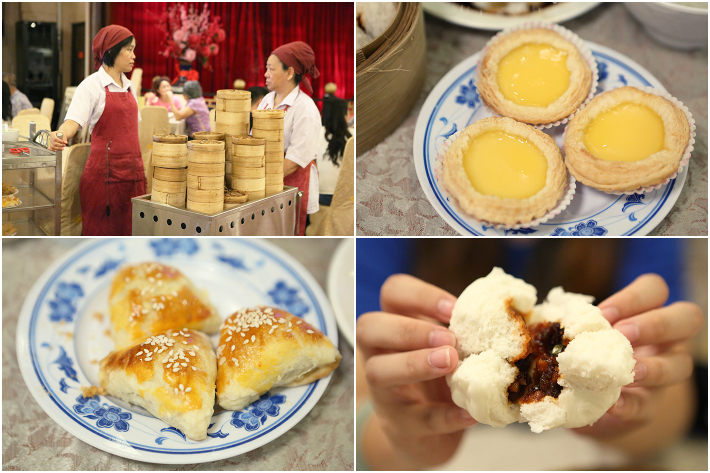 If you’d like to experience proper Cantonese dim sum dining the traditional way, then Red Star Restaurant is where it’s at. 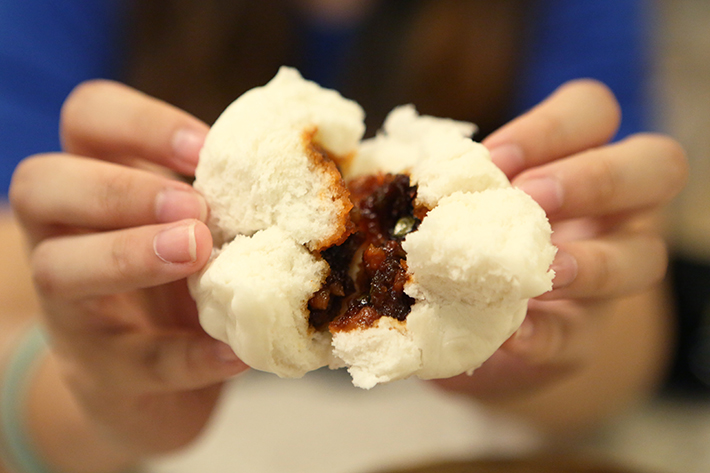 No dim sum meal is complete without a basket full of steaming hot char siew bao, and while the ones served here are slightly bigger than the average bao, we were a tad disappointed with how it turned out.

Their char siew bao (S$3.50 for 2) is nice and soft with a sweet, doughy aroma, however, the filling—an amalgamation of both lean and fatty components of pork—was very little and we found ourselves loading up on more bao than actual filling. 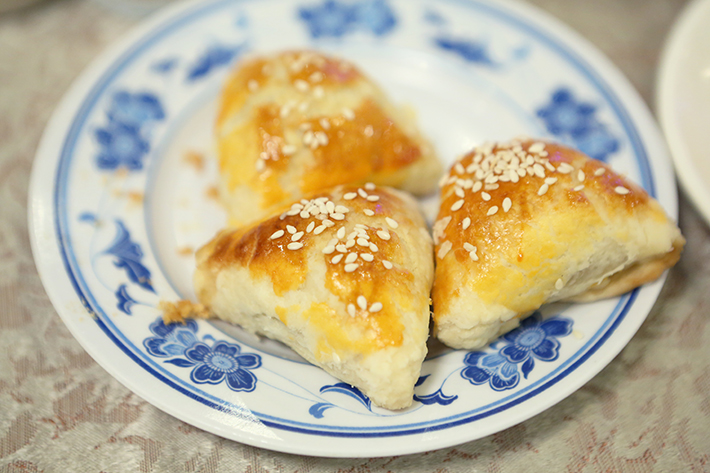 Flaky on the outside with an outer crust that’s buttery but not too thick, the BBQ Pork Pie (S$4.50)—otherwise referred to as Char Siew Soh—is one item that we got as well.

The pork filling was sweet and meaty, bearing a milder flavour in comparison to its stickier, diabetes-inducing cousins.

When dining at Red Star Restaurant, the Ha-Kau (S$4.50) is a popular pick among the crowd, however, we were not really impressed seeing as to how it arrived at our table, overturned and in a mess. The skins were all punctured and the dumplings all stuck to the basket—probably a result of oversteaming. 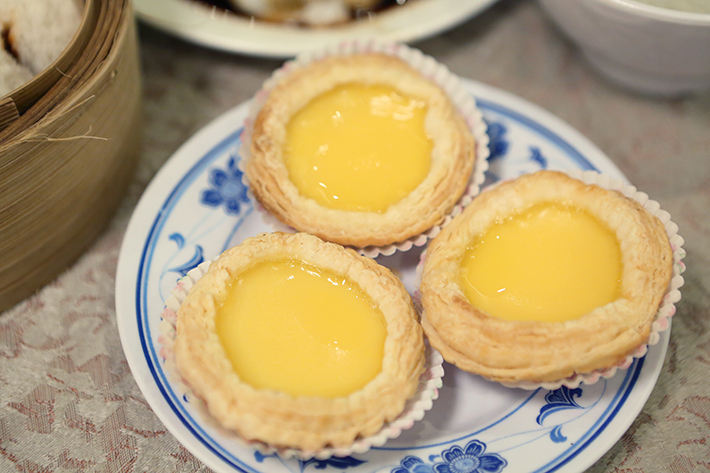 A hit among the crowd, their Egg Tart (S$4.50) is one of the fastest items to go. The egg custard is velvety and boasts a sweet, fragrant vanilla note and the crust that holds it all together is a delicate pastry that flakes upon the lightest touch.

A simple porridge dish, their Century Egg Porridge (S$4.50) comes with a decent portion of pork slices and bits of century egg. 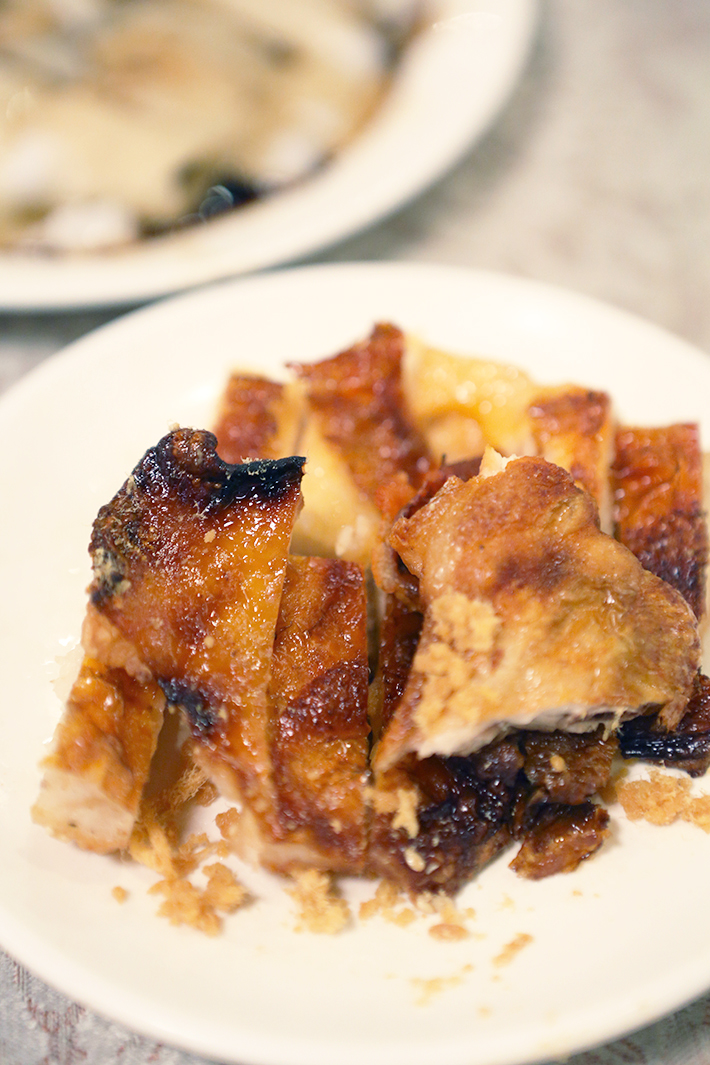 A rather unusual item yet one that the ladies persistently told us to try was the Jin Long Ji (S$8). What it is is essentially chicken skin that’s stuffed with a prawn paste and deep-fried. Satisfyingly crispy, the dish had a mild prawn flavour but other than that it didn’t really impress us. 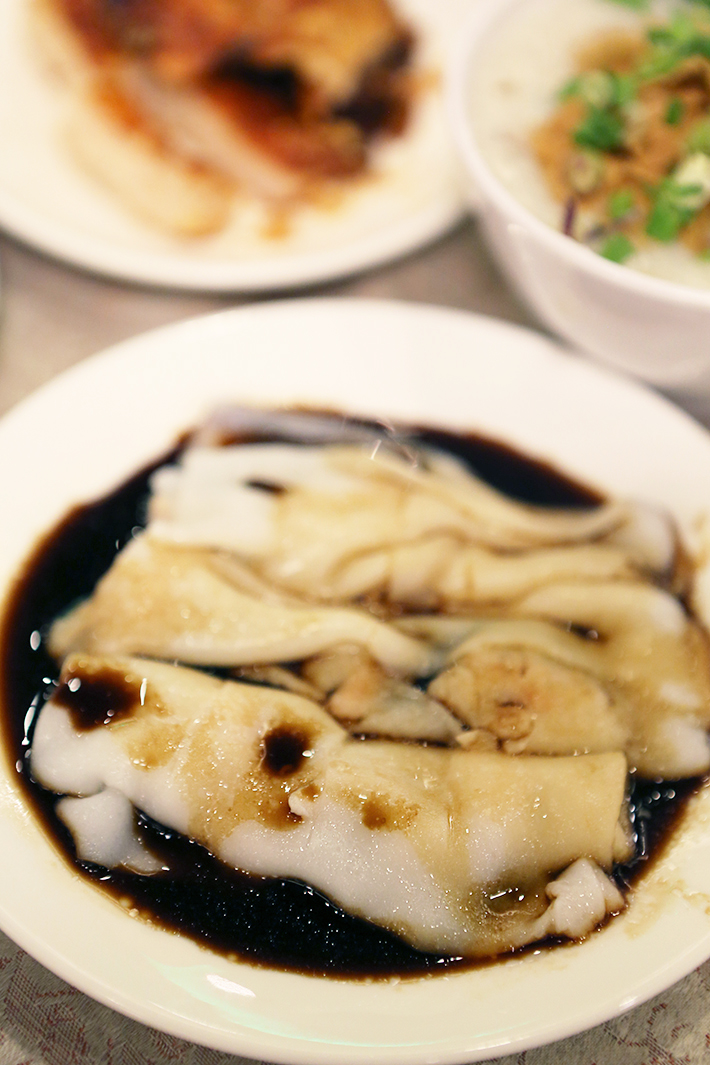 Chee Cheong Fun (S$4.70) is one item you’re most likely to see taking up residence on most of the tables around you. Available fillings include prawn, scallop and char siew—all of which are just as good.

All in all, Red Star Restaurant is a place that we highly recommend if you’re keen on having an all-rounded, authentic traditional dim sum eating experience but where price and quality of their dishes is concerned, you could probably do better at many other dim sum restaurants in Singapore.

The nearest MRT station should be Chinatown.
Cheers!

Have been there before…..service is non existent even when the restaurant is not busy. Food is not hot and fried items are cold.

Service no gd. Wait for food for quite long.