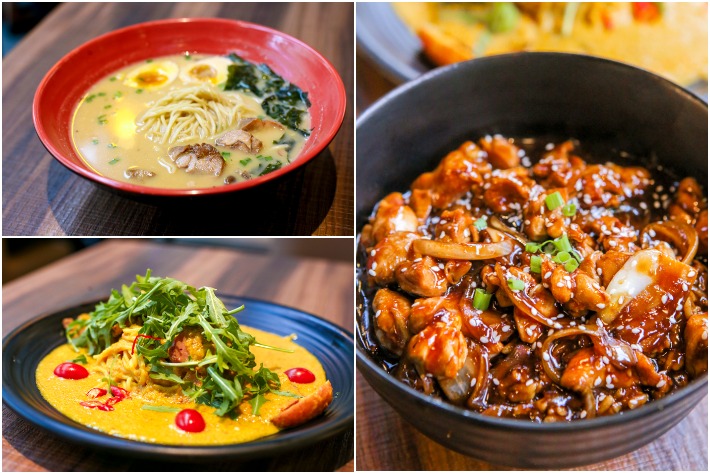 Along the picturesque side of Esplanade mall, Noosh Noodle Bar & Grill—a halal-certified restaurant which specialises in ModSin cuisine—is one of the many dining destinations located along the boardwalk.

Opened by renowned Chef Ummi Abdullah, who is incidentally also the person behind the success of Ambeng Cafe, this chic classy restaurant serves up a plethora of not only attractive noodle and grill dishes but also tantalising desserts and mocktails. 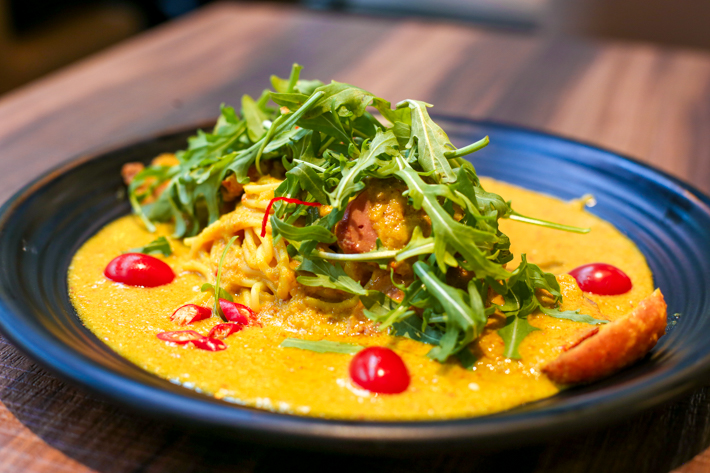 Perhaps one of the most popular, as well as the most innovative dish, their Smoked Duck Lemak Chilli Padi Pasta (S$18.90) pays homage to the traditional Ayam Masak Lemak Cili Padi. Just like the original, this dish is fiery, much so that the waiters even warned us as we ordered it.

This dish is a super savoury coconut-based gravy, with warm pasta neatly twirled in the middle, and generously topped with smoked duck, arugula and cherry tomatoes. Don’t be so quick to dismiss the vegetables. The gravy is packed full of heat that’s only quelled by the fresh tart vegetables. The smoked duck meat was tender and juicy, though the smoked flavour was a little overwhelmed by the gravy. We also ordered their Tori Hanjuku Ramen (S$16.90). After all, how often do you come across halal ramen? It was one of the more highly anticipated dishes online, and needless to say, we were pretty excited about it too. However, the appearance of the dish was rather underwhelming, with most of the ingredients hidden under the soup.

We weren’t too impressed by the taste either. While the noodles were firm and al dente, and the eggs lusciously soft and creamy, the soup itself was much saltier than the usual chicken based broth with little else to it. 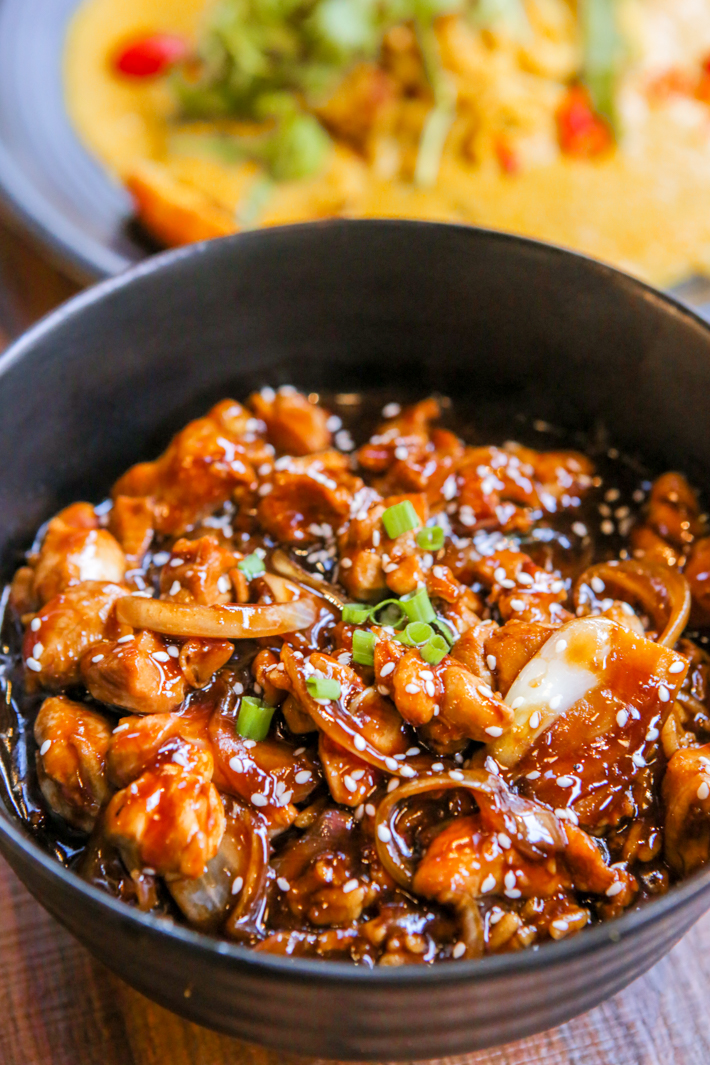 Despite being a noodle-focused restaurant, their rice dishes delivered fairly well too. The last dish we ordered was their Noosh Bulgogi Chicken (S$14.90). It’s a classic bowl of stir-fried chicken in teriyaki sauce served over rice. Unpretentious and simple, the warm bowl of rice was nothing short of comforting and soothing.

The sauce to rice ratio was also just right, and made for a moist savoury bite, with honest chunks of chicken and sticky caramelised onions. 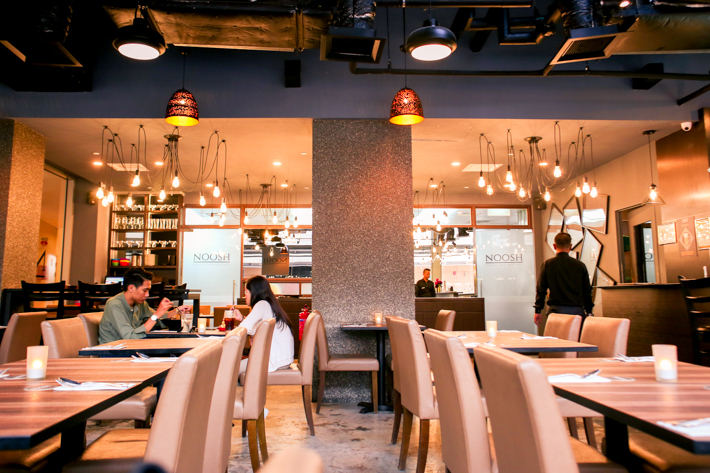 Located along the prime area facing Singapore’s iconic skylines, Noosh Noodle Bar & Grill is one of the more affordable restaurants around with plenty of tasty enticing modern Singapore specialities.