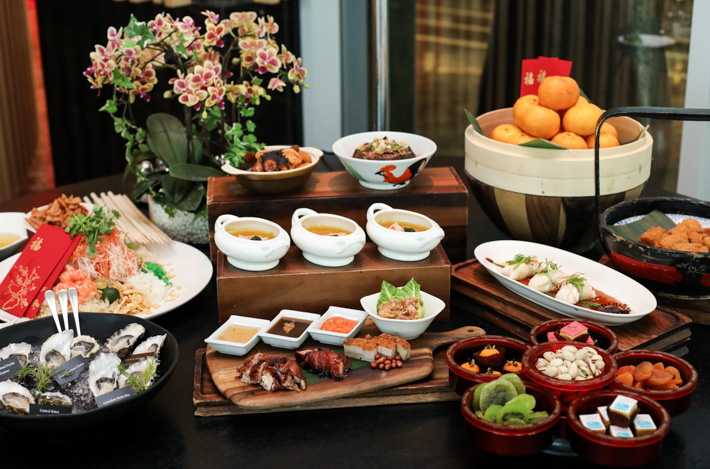 10 at Claymore at Pan Pacific Orchard, Singapore has successfully established itself as the go-to place for a value-for-money buffet. It is especially well-known for their freshly shucked oysters and Penang local delights. Dishes are on a rotational basis, whereby the gourmet highlights would largely depend on the period’s festivity.

Apart from that, the buffet lineup also features many of its popular Penang classics such as Char Koay Teow and Bak Kut Teh, as well as free-flow oysters from five different countries. 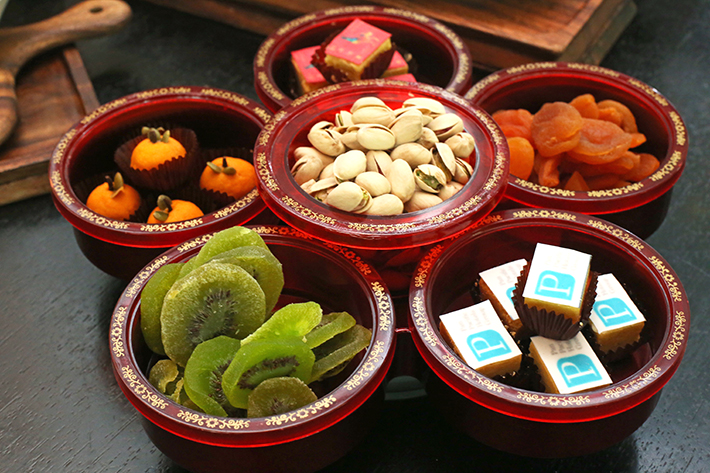 While most places are closed during Lunar New Year, locals and holidaymakers would be pleased to hear that 10 at Claymore will be operating as per normal—and with a bigger and better menu. This Chinese New Year, be pampered with a Chinese New Year buffet which includes fresh seafood, a divine dessert spread and an array of international dishes.

A traditional lion dance performance will be held at Pan Pacific Orchard, Singapore’s hotel lobby on 03 Feb 2017 at 9am. Tourists and locals on a staycation should definitely wake up early to check out this auspicious dance performance.

Now, let’s get back to the main topic: Food. 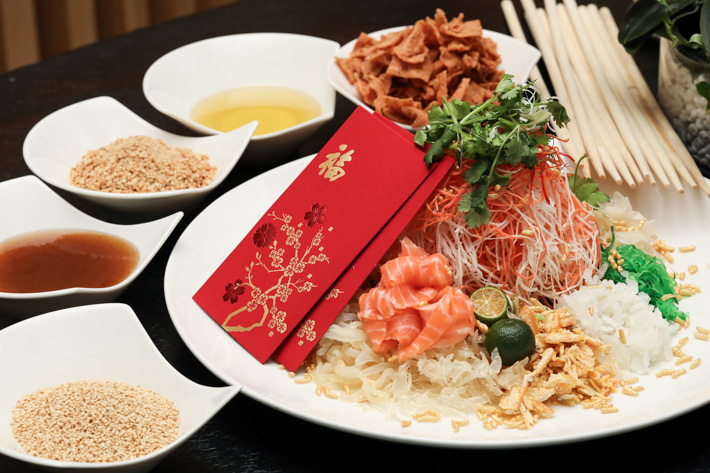 No Chinese New Year is complete without Yu Sheng. We understand that the preparation for a family meal could be arduous, so why not take a backseat this year and allow the restaurant’s A team to handle this stressful responsibility?

All you have do is to pick up the gigantic chopsticks and toss to prosperity!

Penang native Executive Chef Andy Oh and his talented crew have gone through the lengths to ensure you feel at home!

Lo Hei aside, you can too anticipate other signature symbolic dishes such as Fatt Choy with Sea Cucumber and Eight Treasure Lotus Leaf Rice that your in-laws will approve. 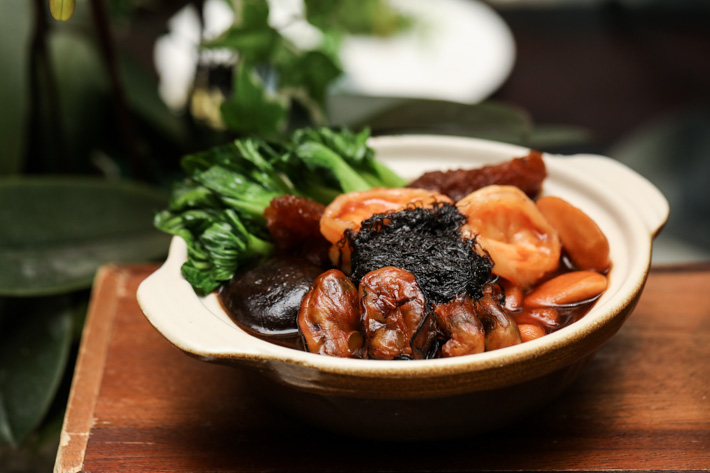 For those unfamiliar with Chinese delicacies, this is the perfect opportunity to sample a variety of oriental classics. The Fatt Choy—which by the way, sounds like ‘getting rich’ in Cantonese—is a dish which symbolises wealth.

The pen cai is basically a casserole filled with this Fatt Choy we were talking about, braised dried oysters, leafy greens, sea cucumber and prawns. When you talk about luxurious lunar dish, people would think of pen cai, and this will be part of the buffet line-up where you can help yourselves to unlimited portions! 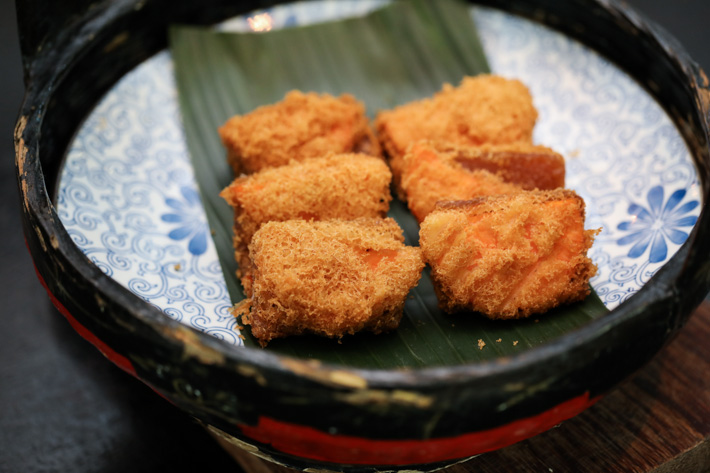 The Sticky Rice Cake—otherwise known as Nian Gao in Mandarin—is an oriental sweet treat that the Chinese would eat every Chinese New Year.

The glutinous rice-based cake is deep-fried with an egg wash and the end result is an incredibly chewy cake encased in a golden brown crisp. The consumption of the Nian Gao is associated with achieving greater heights. 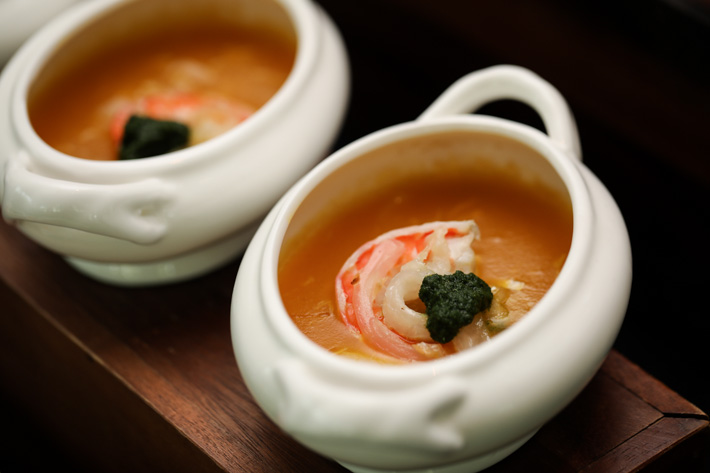 By now, you would have noticed that each Chinese New Year dish has a meaning behind it. Fish is an important ingredient in every Lunar New Year meal as it indicates abundance. From Norwegian fresh salmon sashimi, Hong Kong-style Steamed Grouper to Superior Fish Maw Soup, you will have your fair share of fish dishes here at the buffet. The more, the merrier! 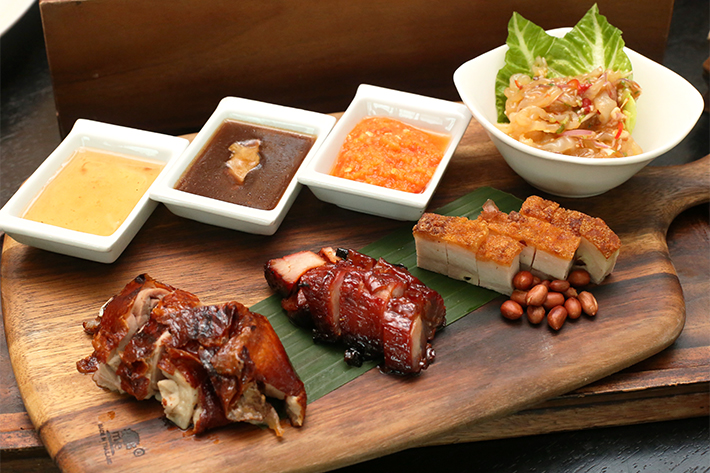 Besides Chinese New Year dishes, there is also a mouthwatering selection of Asian and Western delights.

We are talking about authentic Penang hawker fare, Chinese roast meats and Western roasts. The items are on rotation and are subjected to the change and availability of seasonal produce but the quality remains consistent throughout. 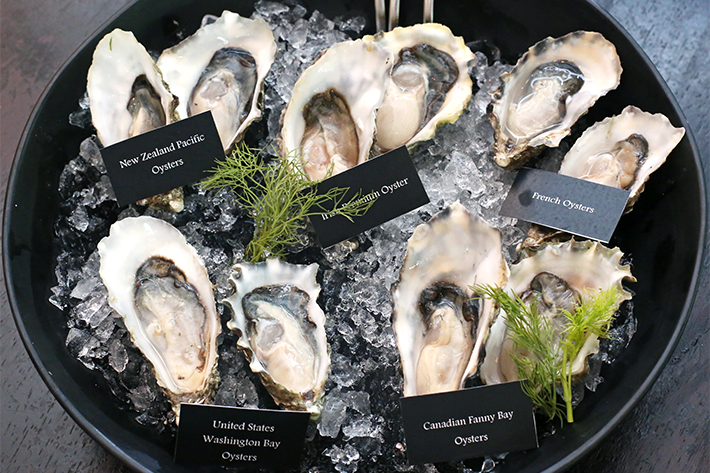 This alone is reason enough for us to return to the buffet at Pan Pacific Orchard, Singapore over and over again.

P.S. The oysters are only available during dinner buffet. 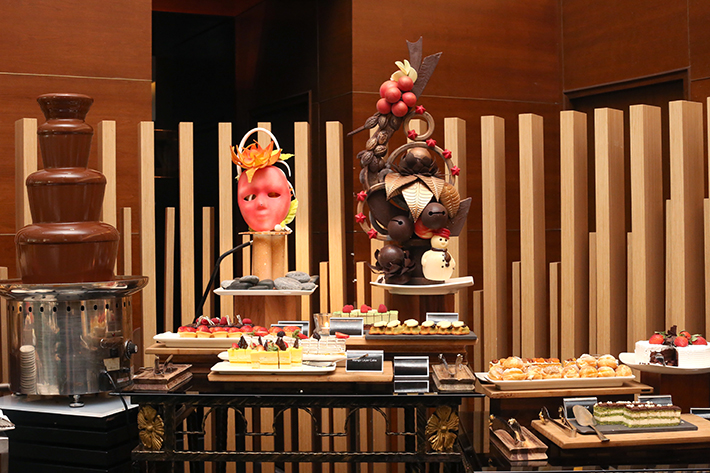 10 at Claymore’s massive dessert spread will have your little ones grinning from ear to ear. Just look at the chocolate fountain and the sheer number of cakes!

There is also a Crêpe live station where you can request for a cooked-to-order French crêpes. The choice of fillings includes Nutella, peanut, blueberry, strawberry, peach, fresh cream and even durian. 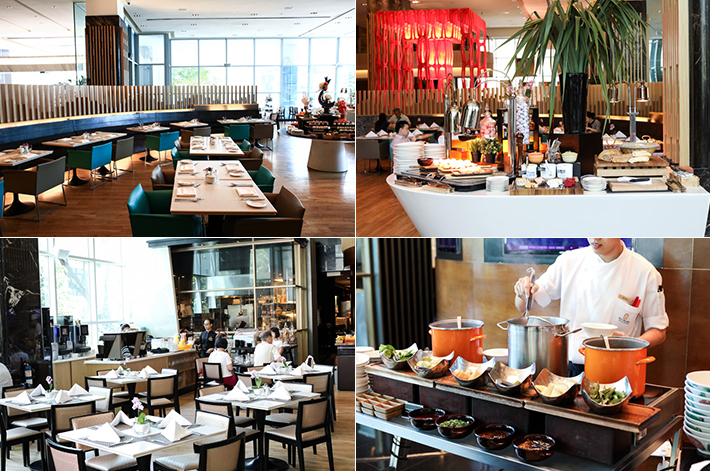 Now, don’t you agree that this is buffet spread with an irresistible promotion?

* Oysters and lobsters are not available in the Spring Time Oyster Rhapsody Lunch Buffet. However, a seafood harvest spread is available during lunchtime.

This post is brought to you by Pan Pacific Orchard, Singapore.

Hi, we called up Pan Pac for resevation. But they said there is no such promotion even after we quoted “ladyironchef”. Can we clarify if the promotion is valid?

Would like to know if it is still valid?

Hi is the promotion valid for weekend lunch?

@YL Yes, Pan Pacific Orchard, Singapore’s CNY promotion is valid for lunch as well. It is S$58++ for 2 pax.