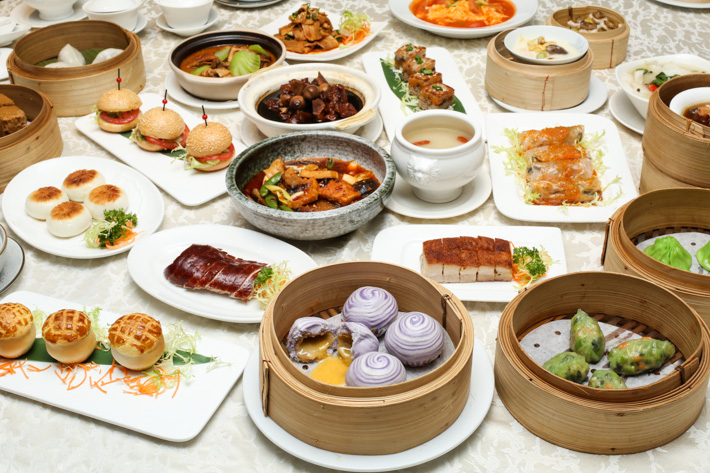 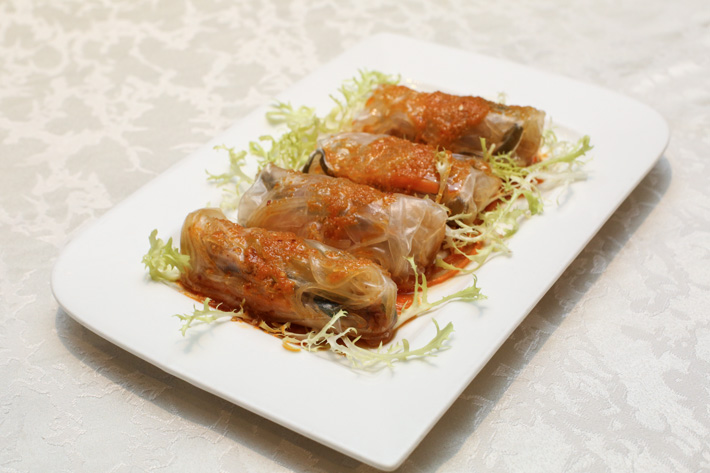 Appetisers are so important because it either makes or breaks the mood when you begin your meal.

A rice noodle roll is usually served as a snack or appetiser in Hong Kong and such is the case at Si Chuan Dou Hua too. We are glad to say that the chefs who prepared the Marinated Rice Noodles Roll with Shredded Duck have done a great job in stimulating our appetiters with this teaser!

Other appetisers on the menu include Sliced Pork in Garlic and Chilli Sauce, Marinated Black Fungus and Turnip with Preserved Chilli and Seaweed with Shredded Carrot and Radish in Chilli Oil.

A buffet at Si Chuan Dou Hua is not complete without a serving of the signature Double-boiled Cartilage Soup, which we fell in love with immediately upon the first sip.

In the process of double boiling, the ingredients are steamed for a couple of hours and all the flavours are locked in, leaving you with nothing but an honest and concentrated bowl of soup. This is a prized dish and every diner is entitled to a portion. 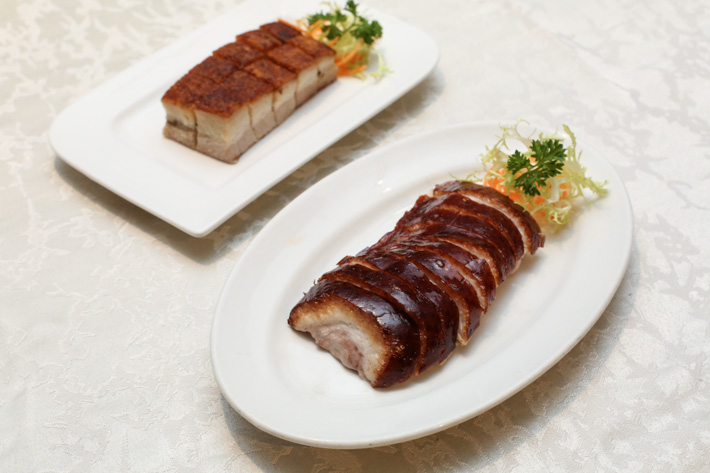 The Crispy Roasted Pork from the barbequed meats section left a deep impression on us. Crispy skin that sits atop the succulent meat, so well roasted in a lovely reddish brown colour. Beneath the crackling skin, the meat remained juicy with an addictive hint of saltiness.

The Roasted Duck is also worth your calories with its thin crisp skin and tender meat. There is a good ratio of fats to lean meat, and is a great choice for those who do not like the generous fatty bits in the roast pork!

Barbequed items are limited to only one serving, but rest assured that the chefs will ensure that the quantity is good for the respective number of diners. A unanimous favourite on the table was the Steamed Yam Bun with Custard. As we pulled apart the piping hot purple bun, the overflowing custard dripped all over our fingers and we had an enjoyable time licking them up!

This has got to be one of the best ‘liu sha bao’ we have ever tried. Two thumbs up for the chefs at Si Chuan Dou Hua!

An interesting dish you need to order is the Steamed Chicken and Mushroom with Soya Bean. We initially did not have high expectations of this unassuming dish but its sweet aroma caught our attention. The dish is a mix of salty and sweet; the saltiness came from the diced chicken and sliced mushrooms, and the sweetness from the soya bean. 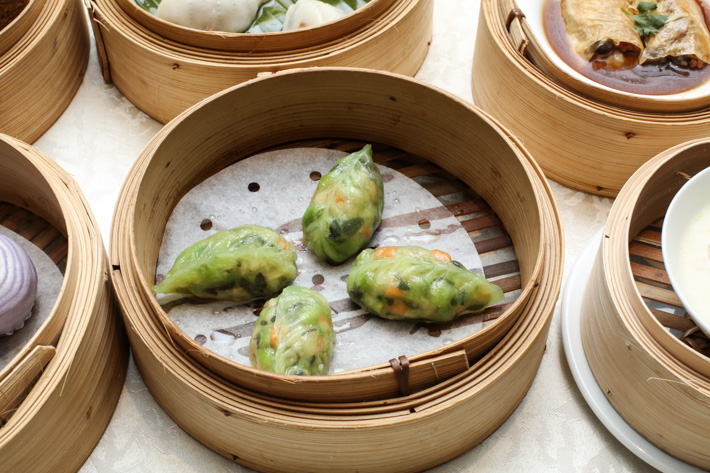 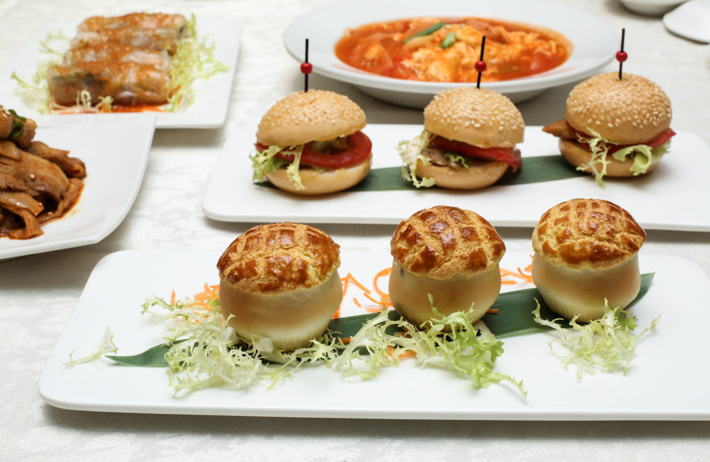 We had a good opinion of the Fragrant Yam Cake with Waxed Meat, which is a brilliant combination of delicate yam and waxed meat glutinous rice served in tiny cuboids. The Pan-fried Duck Meat Buns are interestingly stuffed with aromatic Goose Liver Sauce and are served piping hot.

Other items to try from this section include Hong-Kong Style Baked Pork Belly Bun with Taro and Macau Deep-fried Bun with Pork Chop. 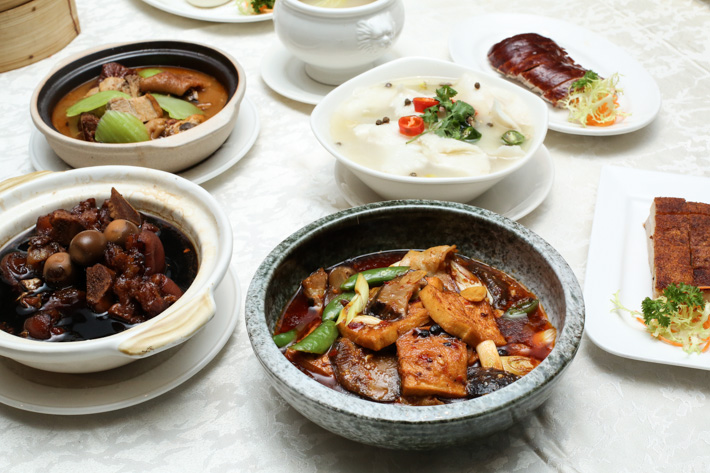 The Stir-fried Beancurd with Leek and Spicy Sauce and Stir-fried Sliced Beef with “Si Chuan” Spicy Sauce may look like the average side dishes but you should not neglect them. 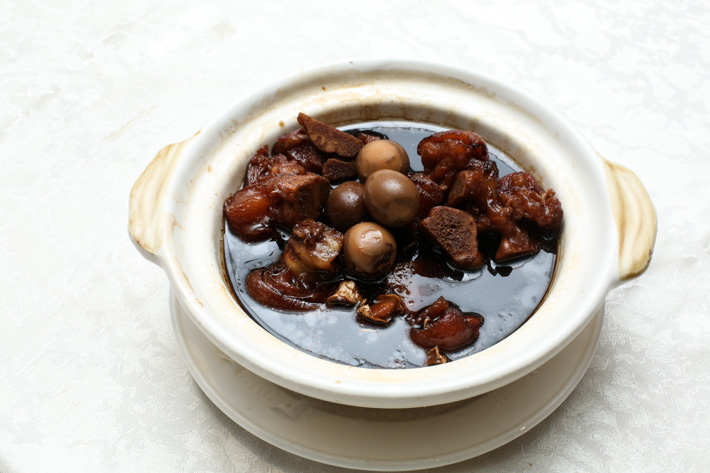 And the house’s star dish is undisputedly The Braised Pig Shank and Quail Egg in Vinegar and Ginger. Typically known as a “confinement dish” for post-natal diets, this dish is a unique blend of sour and savoury. It is not for the faint-hearted, but if you are up for a good rendition of pig’s trotters in vinegar, Si Chuan Dou Hua at PARKROYAL on Kitchener Road is where you should head to. 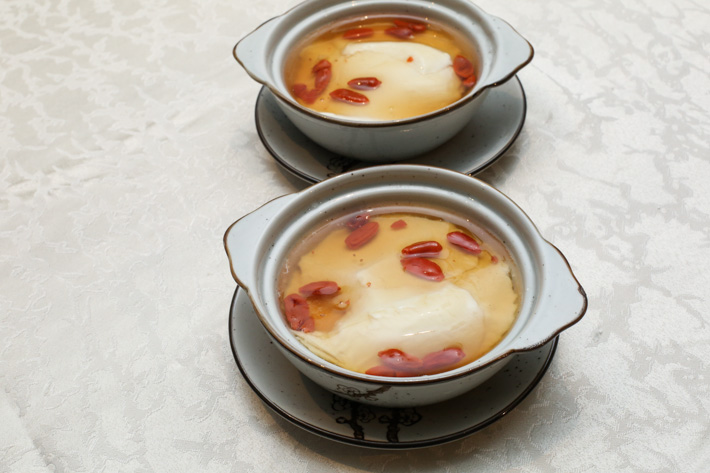 Of course, no dining experience is complete at Si Chuan Dou Hua Restaurant until you have sampled their renowned bestseller, the famous Homemade Beancurd with Wolf Berries. The smooth beancurd (dou hua) – characterised by its velvety silkiness – is complemented with healthy goji berries.

There are several other desserts items like the Sponge Cake and Honey Comb Cake as well as the classic cream of fresh mango pomelo available on the buffet line  too, but we say go for seconds and thirds of the beancurd. 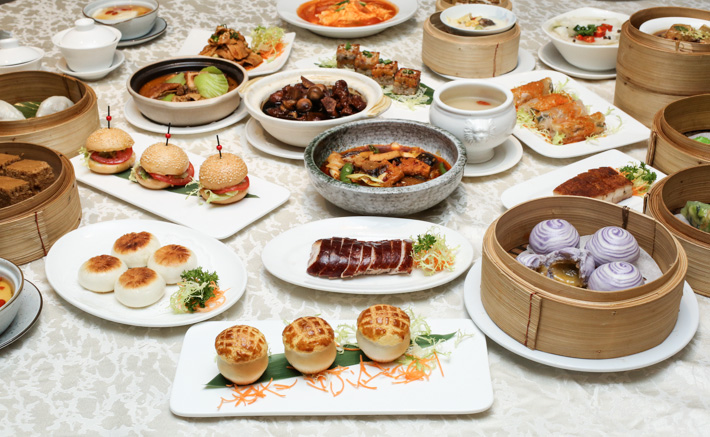