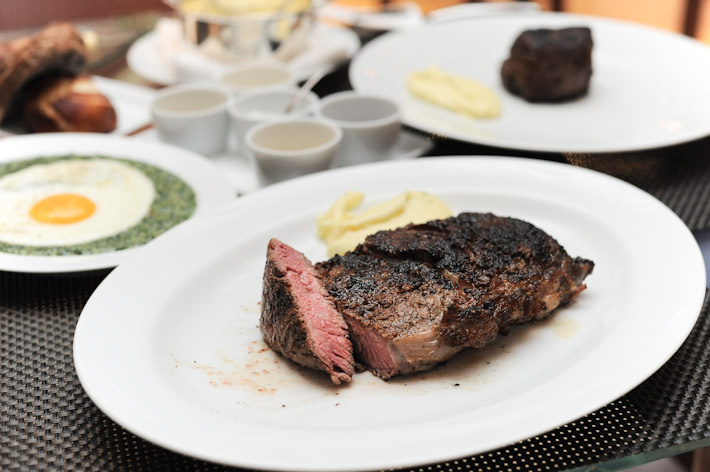 There are good steakhouses, and then there are great ones. CUT by Wolfgang Puck is definitely one of the latter. Wolfgang Puck’s outpost at Marina Bay Sands is the definition of a modern steakhouse. It is a swanky, up-scale, and posh establishment. The folks are serious about their steaks, and they do a very good one.

While CUT has good appetisers – such as the Bone Marrow Flan ($26), Blue Fin Tuna Tartare ($37), Hokkaido Scallop Carpaccio ($41), and Prime Sirloin Steak Tartare ($28) – we would suggest going easy on them as you need to save room for the main courses. 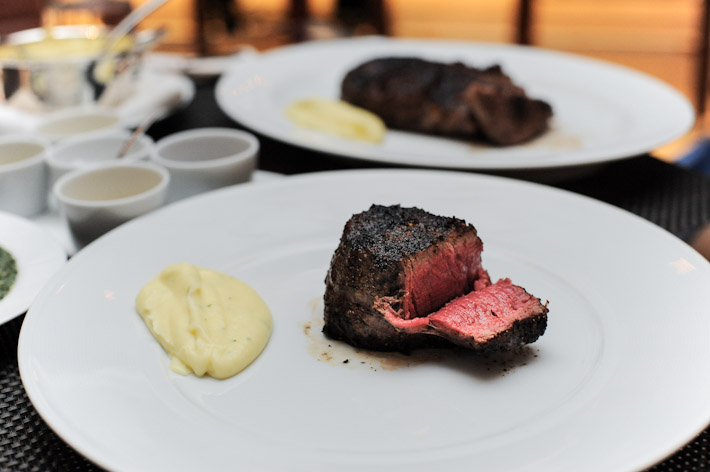 We had the 170g USDA Filet Mignon ($72) and the 395g USDA Ribeye Steak ($98). The Filet Mignon, with its petite and lean cut, was a treat. Equally divine was the Ribeye Steak. Slightly charred on the outside, extremely flavourful and juicy on the inside, it was so good that even after we had finished everything, we were still dreaming about it.

At CUT, the sides ($18 each) and sauces ($5) are just as important. They have a whole range of sauces like Whole Grain Mustard, House Made Steak Sauce, Wasabi-Yuzu Kosho Butter, Shallot-Red Wine Bordelaise and Argentinean Chimichurri. And there are a dozen sides – like Tempura Onion Rings, French Fries with herbs, Soft Polenta with Parmesan, Brussels Sprouts and Caramelised Cauliflower – to choose from.

We had their much-lauded Yukon Gold Potato Puree and Cream Spinach with fried egg. Both were superb. 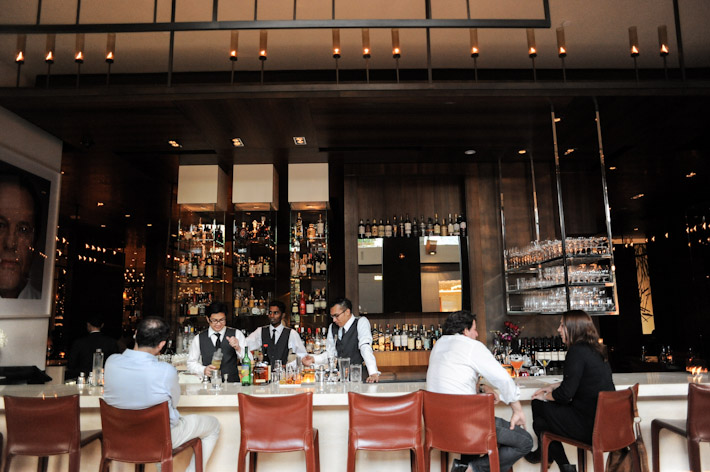 The million dollar question: Is CUT the best steak restaurant in Singapore? It is challenging to give an affirmation, because taste is after-all subjective — especially for steaks and their done-ness — and there are many good steakhouses in town. But I am going to go out on a limb and say that CUT, for me, is definitely one of the top 3 steakhouses in Singapore.

ohhh I’d love to join you next time, Brad!!

who are the other 2?