Besides having a wide range of traditional dim sum, Paradise Pavilion also has new innovative creations, and one of my favourite dim sum on the menu is the grilled Siew Mai Skewers. 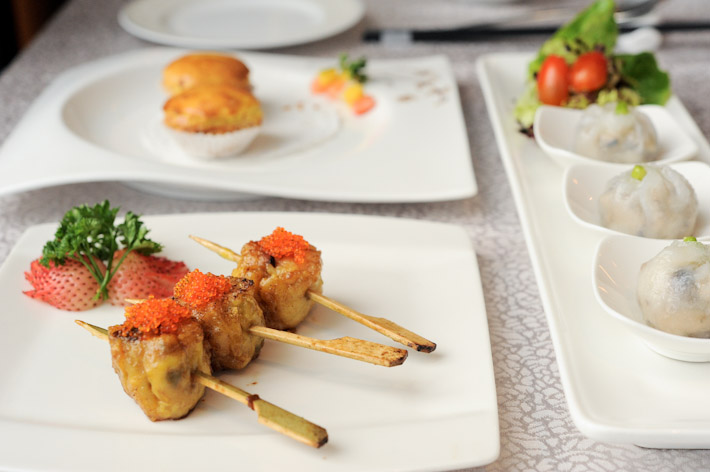 We also sampled the Steamed Scallop & Mushroom Dumpling and Black Truffle Chicken Pie. They were decent, but nothing to shout about. 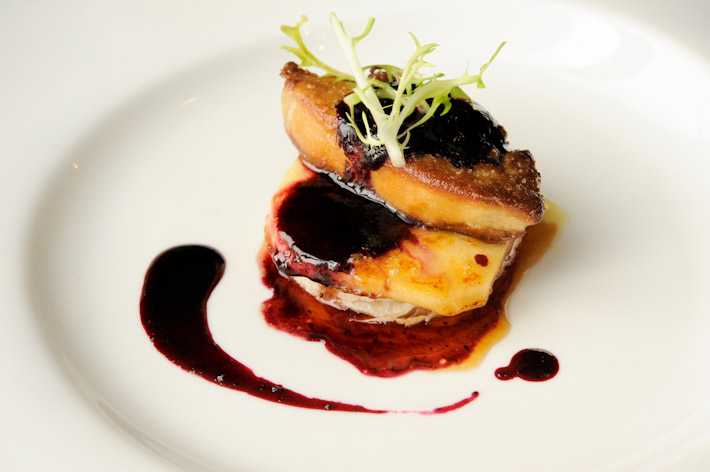 From the modern Chinese starters menu, we were tempted to get the Combination of Pan-seared Foie Gras, Wasabi Prawn and Char-grilled Hokkaido Scallop ($22), but decided to save room for Peking Duck, so we got our favourite Pan-seared Foie Gras ($16) with caramelised apple. 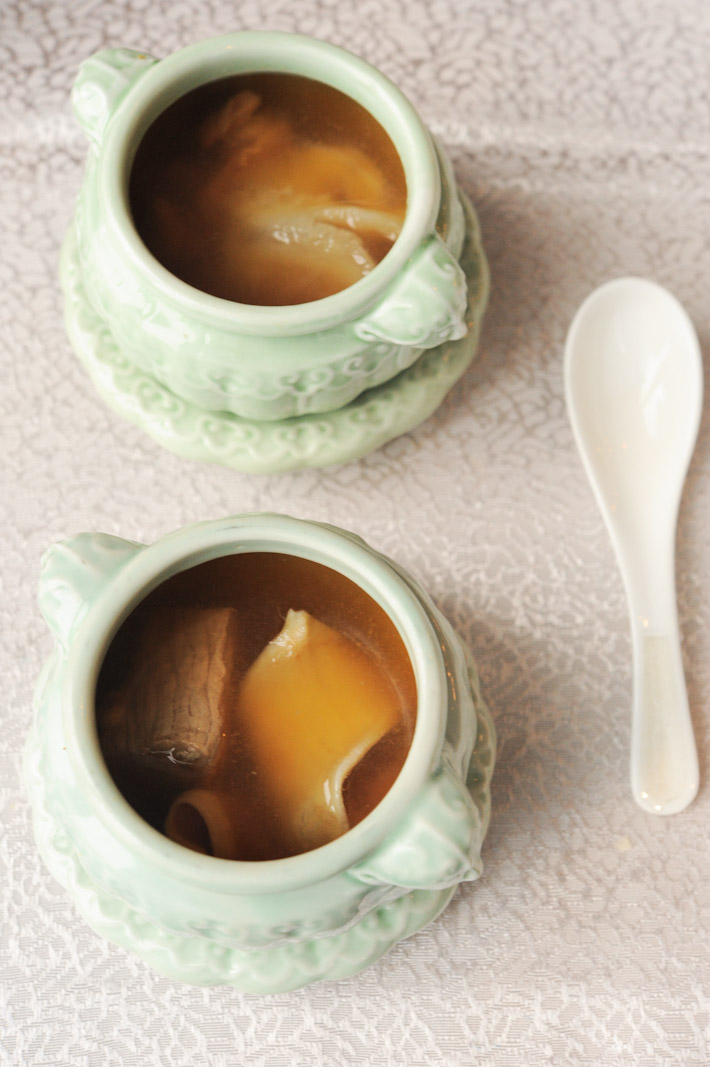 This was followed by the Double-boiled Sea Whelk Soup ($22/pax) with fish maw. It’s warming, comforting and immeasurably soothing, the kind of soup that you want to drink on a cold day. 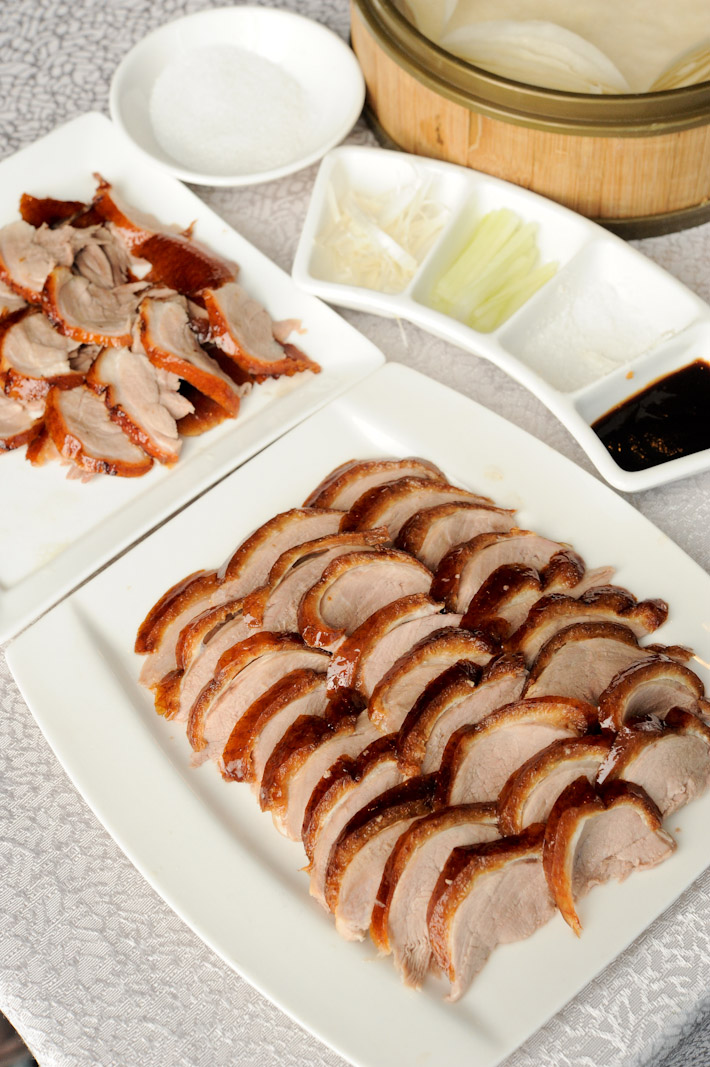 The first layer of the Peking duck – the fatty and crispy duck skin – was eaten with sugar. It was delicious. This was followed by the second layer of duck served with rice flour crepes, cucumber slices, spring onion, sugar and a homemade sweet sauce. And instead of using the remaining meat to cook the second dish, like most restaurants do, the chef carved out the meat and served it on the side. 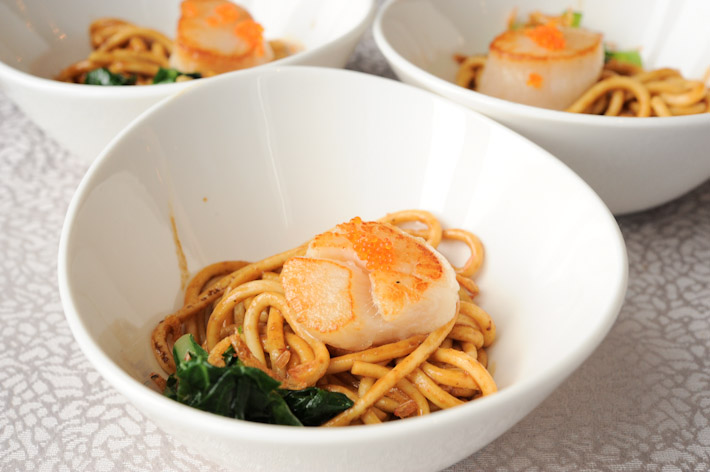 After having the Peking duck, we were almost filled to the brim, but we still managed to finish the excellent Wok-fried Mashed Fish Noodle ($28) with pan seared shrimp stock.

The Custard Lava Man Tou combined three of my favourite things, and it was more than we could have ever asked for.

Paradise Pavilion is a great place for family and friends to come together for a scrumptious meal. The restaurant has launched their Lunar New Year set menu, and it starts from $88/pax. If you are thinking of where to go for Chinese New Year, I’d highly recommend celebrating the occasion at Paradise Pavilion.

Do you have best recommendation for : Peking Duck and Foie Gras? Is this restaurant it?