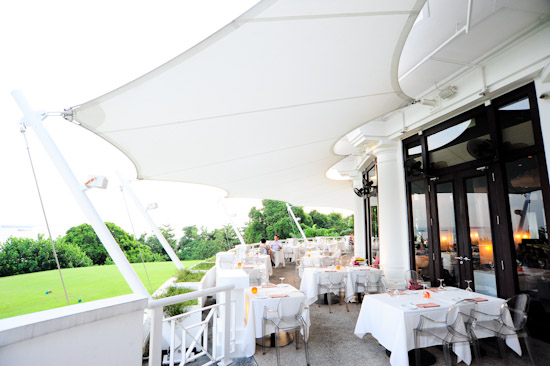 With new Chef de cuisine Alessandro Delfanti taking over the helm in the kitchen, the italian restaurant has recently revamped its entire menu. It now focuses on mainly seasonal and native produce from Italy and Europe.

We entered the restaurant through a narrow walkway at the side of the Sentosa Golf Club entrance. The interior of the Italian restaurant has a dark and sexy tone, while the al fresco dining area comes with a nice sea-breeze, making it the perfect place to have a romantic dinner at night.

Like Forlino, Il Lido has thoughtfully provided beautiful stools for putting our bags. It is simple gestures as such that make a difference. We started off our meal with some bread, eagerly anticipating what the chef would come up with. 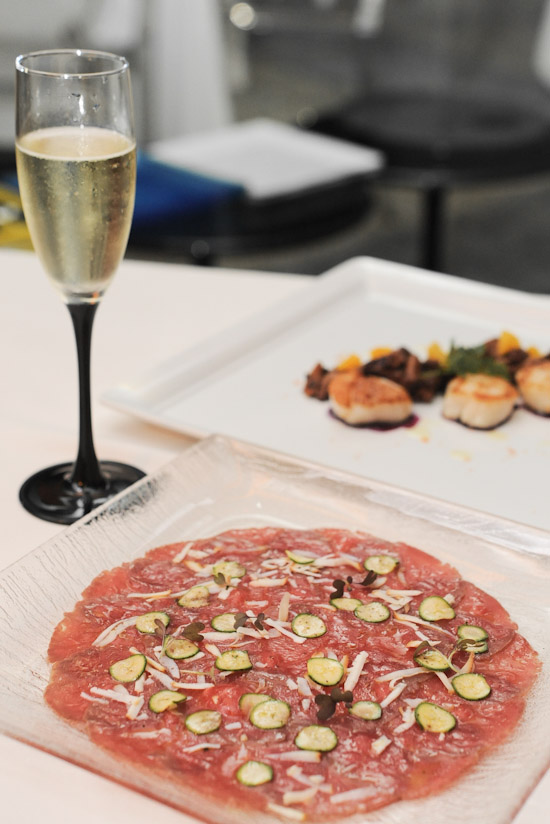 Eating is a lot more fun when you have someone who appreciates good food, loves having desserts first and has a huge appetite. My dining companion and I had two appetisers, one pasta, one risotto, two main courses and three desserts.

There are around 10 items on Il Lido’s antipasti menu and we had a hard time trying to decide on them as all of them seemed to be screaming “EAT ME”. Among them, I was attracted by the Pan-roasted Goose Liver with Figs, Vincotto Sauce and Rosemary Oil ($32), but then again, I always have, and always will love foie gras.

We were recommended the Venison Carpaccio with Roman Zucchini and Smoked Ricotta Cheese ($25). Instead of the typical beef carpaccio, Il Lido serves a Venison version and it was outstanding. 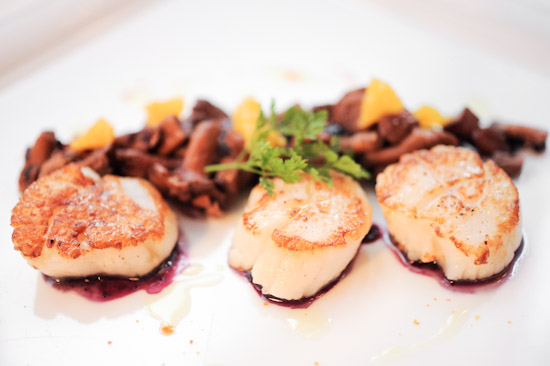 I would have ordered the classic Parma Ham with rock melon ($26), but we decided to try something different, so we had the Sea Scallops with Chanterelle Mushrooms and Blueberries ($28). Seared with tiny criss-crossing grilled marks on the surface, the scallops were meaty and very fresh. The use of blueberries gave the otherwise ordinary dish a refreshing twist and the accompany mushrooms were also very tasty. 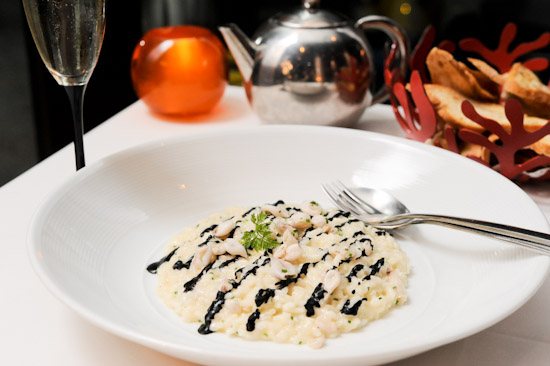 Il Lido Italian restaurant has two types of risotto on the menu: Basil & Pecorino Cheese Risotto with Crispy Bacon ($35) and Baby Squid Risotto with Black Ink Sauce and Chili Peppers ($38). We had the latter, but I thought that it was only decent. 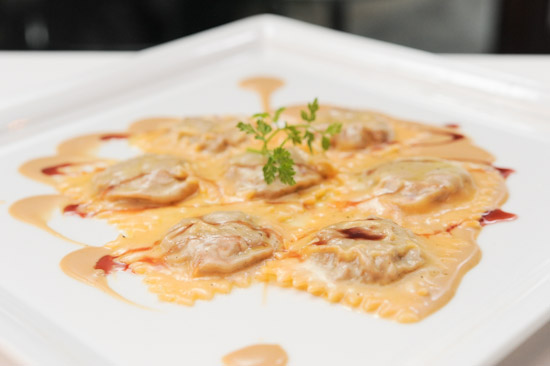 If I were with a larger group of people, I would have ordered the Tagliatelle with Rabbit & Marjoram Ragout ($38), but we only had two stomachs so we stuck with the Veal Agnolotti with Mushrooms and Truffle Cream ($38) – which came highly recommended.

We were told that the chef actually put a frozen veal juice cube within the ravioli to ensure the moistness and flavour. I’m sure I wouldn’t have been able to eat an entire bowl of ravioli on my own, so make sure you order this to share.

For main course, I wanted to get the Black Angus Beef Tenderloin ($58) but the manager suggested the Pan-roasted Cod with Smoked Caviar Sauce and Whipped Potatoes ($45), saying that it’s very good (although I’m quite positive that he thinks everything on the menu is good). I’m happy to say that it was excellent. The whipped potatoes, in particular, were quite interesting – you could taste the potato without the heaviness of it. 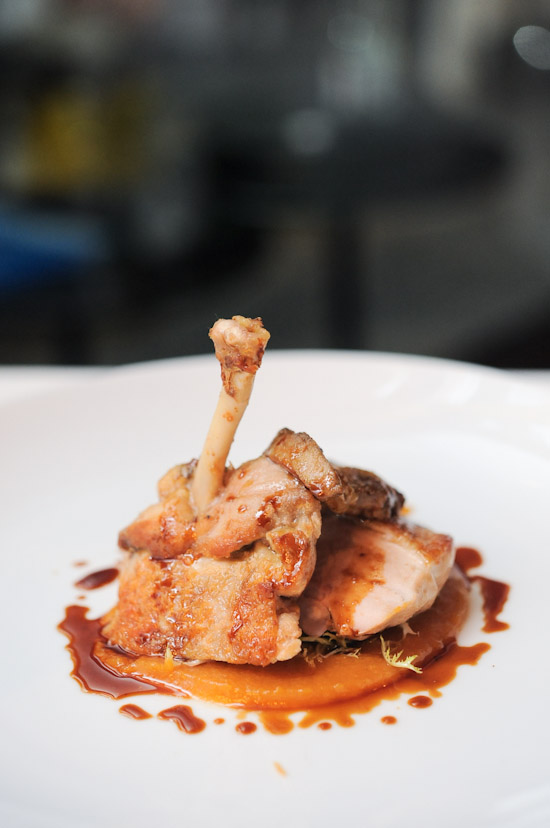 I don’t usually order chicken in a restaurant nowadays, but hey, this is a Guinea Fowl Supreme with Goose Liver and Apricot Sauce ($56) that we are talking about. It was slightly tougher than chicken, and the apricot sauce managed to bring out the flavour of the meat. However, I am not sure if I’d pay so much for a meat that has a flavour similar to chicken. The other meats on Il Lido’s menu like Suckling Pig Saddle ($58) and Wagyu Beef Cheek ($45) are more appealing to me.

That said, the Guinea fowl remains a rarity on menus in Singapore, and if you’ve never tried it before, this is a good place to start. 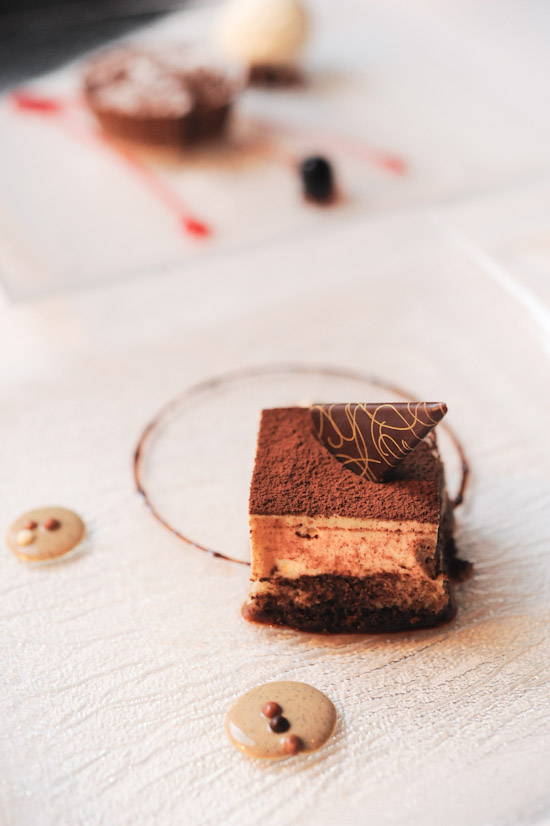 We were told that Il Lido’s tiramisu ($15) is probably not the best in Singapore, but we decided to go ahead and have it as my dining companion was craving for it. Only a foolish guy would stand between a girl and her craving. And true enough, the tiramisu was only decent.

Thankfully, the Molten Lava Chocolate Cake with Yogurt Ice cream ($18) was pretty good. The ubiquitous Chocolate lava cake was so pretty that I thought it would be a shame to dig a hole into it, but that feeling quickly passed and I poked it with a spoon. Molten chocolate oozed out, and slowly, it covered the entire top of the cake.

The pairing of the slightly yogurt ice cream with the chocolate cake was a good decision; the sourish yogurt cut through the sweetness of the chocolate, giving it a perfect balance. 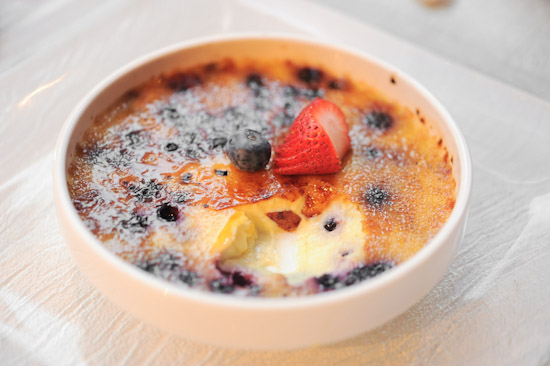 Among the three desserts that we had, the Vanilla Crème Brûlée with Blueberries ($15) was our favourite. The inclusion of berries within the crème brûlée was a lovely surprise. Every few bites or so, you would hit a pocket of blueberries. Lovely. 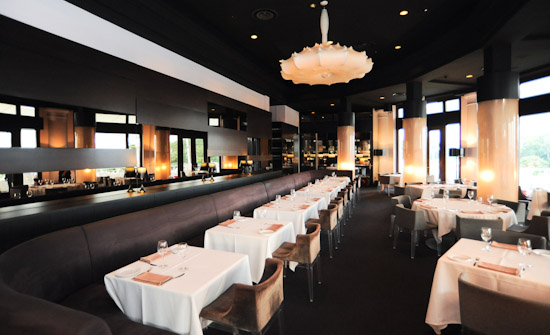 In terms of the overall dining experience, Il Lido Italian restaurant at Sentosa Golf Club is easily one of the best restaurants in Singapore.

I don’t think they have the best Italian food in Singapore (my favourite is still Ristorante Da Valentino), but I do think that it is a great all-round restaurant, with the right combination of good food, ambience and service.

For more recommendations, read my post on the best Italian restaurants in Singapore

ouch i missed their restaurant week promo, think should go and see whether there’re available seats