When King Albert’s Park is mentioned, people normally think of the good ol’ days when McDonalds occupied the area. However, now, the place has been completely revamped into an up-and-coming mall space.

Just a walk through King Albert’s Park Mall, you will see several cafes and restaurants, including a new cinema. One such place that caught our eye was the sleek and simple Camaca cafe.

Camaca is a sugar-free dessert cafe, serving up indulgent treats that come without the guilt, along with a wide selection of single-origin coffees.

END_OF_DOCUMENT_TOKEN_TO_BE_REPLACED 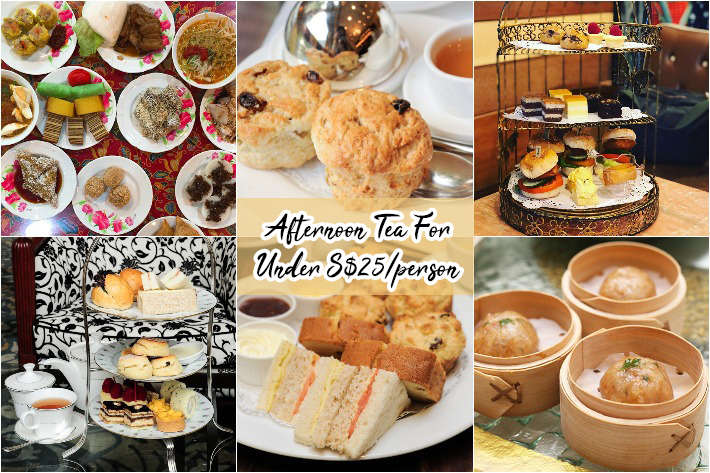 Sipping a fragrant cuppa on a slow afternoon and nibbling on small bites over light banter is how we picture a perfect afternoon tea to be like. Yet pampering yourself like that usually involves a splurge and we hear your woes.

Afternoon tea sets do usually come with a price tag that feels too heavy for a midday perk-me-up. For that, we have affordable alternatives so you can still be kind to yourself without hurting your wallet.

Here is a list of 10 affordable afternoon tea places in Singapore for under S$25 per person that you can take yourself and your friends to.

END_OF_DOCUMENT_TOKEN_TO_BE_REPLACED 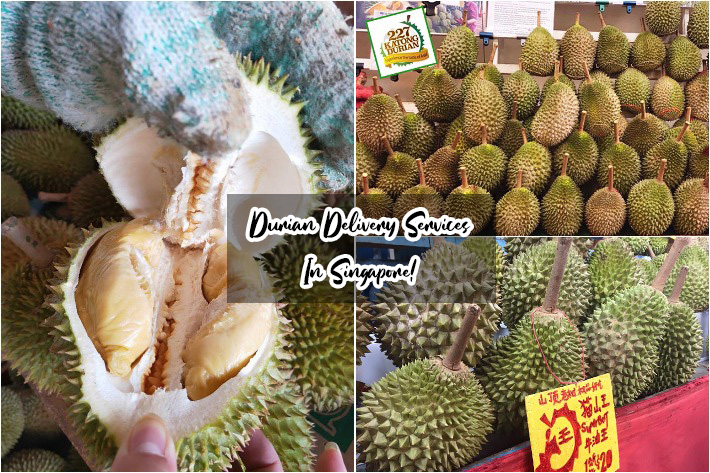 With the surge in popularity of home delivery services so you can stuff your face with everything from fast food to sushi and seafood platters, do you also know that you can get durian delivered to your place? Having ripe durians delivered to your doorstep so you can avoid dealing with the spikes and smell sticking to your car is a much appreciated convenience for us.

Feasting on the King of Fruits is a gift to our tropical country. While you can head down for durian buffets or markets to choose your own, door-to-door delivery services wherever you are means we can enjoy our creamy or bitter joys in the comfort of our own homes—without actually having to step out.

With that, here are 8 durian delivery services in Singapore that all you durian lovers can count on and need to know when the craving hits.

END_OF_DOCUMENT_TOKEN_TO_BE_REPLACED 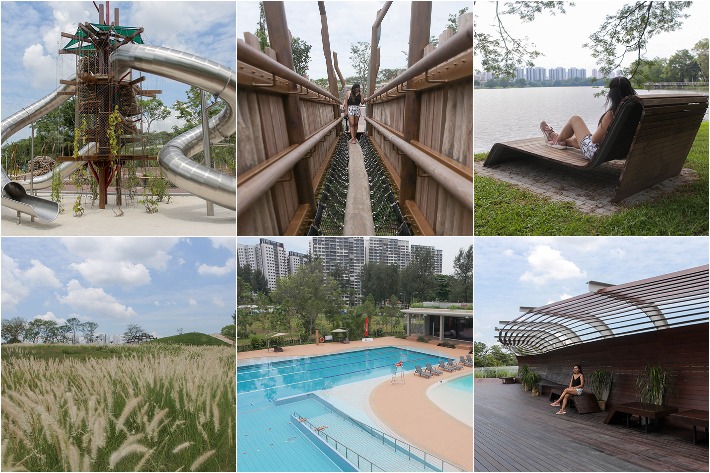 Unplugging is more important than it ever is in our digitalised world and the need for open spaces is essential for respite away from our concrete jungle. While Jewel Changi Airport and Geylang Serai Ramadan Bazaar are enticing to visit, this May, put Jurong Lake Gardens on your list of places to go to.

Jurong Lake Gardens is the first national garden in the heartlands of Singapore, following Botanic Gardens and Gardens By The Bay, and brings us one leap forward into being a “garden city”. This May, we let ourselves wander into the beautiful landscapes of Lakeside Garden which we discovered is a place where romantic memories can be made, and where quality time can be spent with family, friends, and our pets.

END_OF_DOCUMENT_TOKEN_TO_BE_REPLACED 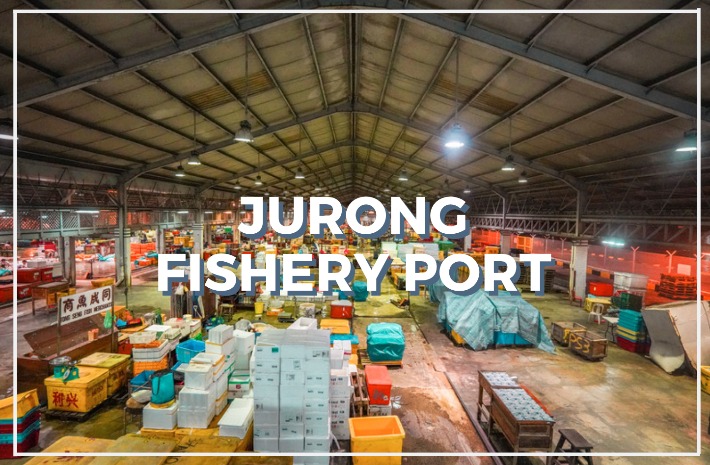 At 2am when most of us are fast asleep, Jurong Fishery port gets alive and bustling. While we are preparing for the next working/schooling day ahead, others are getting ready to head out and grab the freshest of seafood at fishery ports.

As the root of the industry, fishery ports like these import fresh seafood for the mongers in Singapore before distributing them out to wet markets and restaurant suppliers. Here we explore Jurong Fishery Port, Singapore’s largest fishery port that comes alive in the wee hours in the morning.

END_OF_DOCUMENT_TOKEN_TO_BE_REPLACED 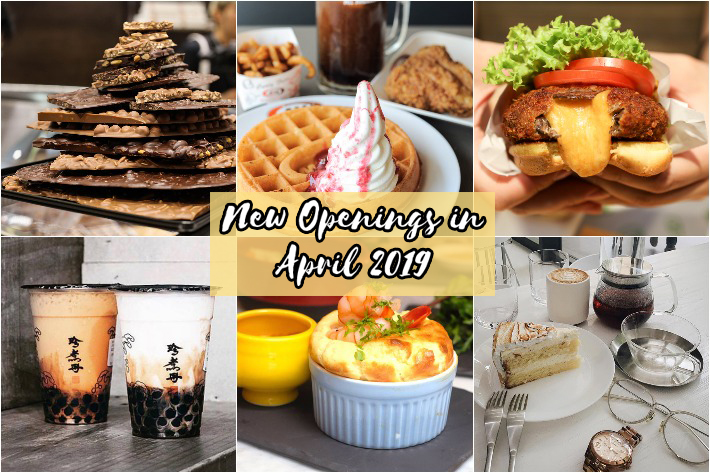 April is an eventful month with the opening of many new restaurants, cafés, and eateries, livening the food scene while famed overseas brands bring in exclusive Singapore-only menus.

The most exciting news this April has to be the launch of the highly-anticipated Jewel Changi Airport. Its whopping 112 dining spots include big international food names that are shaking up the country such as popular American burger franchise Shake Shack and A&W. In other parts of the island though are bursts of excitement for bubble tea fans and café hoppers both in town and in the West of Singapore.

Here is our line-up of 10 openings in April for interesting dishes such as Laksa Soufflé and Cheesy Beef Dons as well as some greatly missed Coney Dogs.

END_OF_DOCUMENT_TOKEN_TO_BE_REPLACED 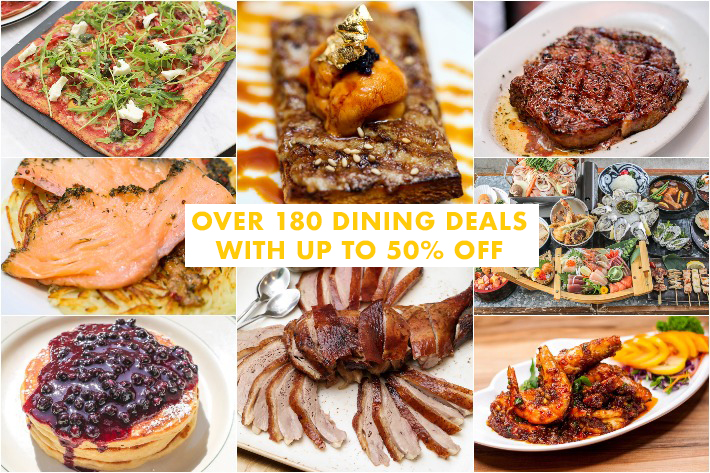 At some point, it became a Singaporean norm to use tissues and name cards to reserve seats in coffee shops and hawker centres — or “chope” as we like to say it colloquially. Ever since the aptly-named Chope launched and rapidly took root in Singapore, they’ve extended the same ease of reservations to restaurants. The hassle of booking a table has become as simple as a tap on their app or on their website.

The latest news from them will unleash the foodie fanatic in you. It’s time to make your way to the land of gastronomical paradise because ChopeDeals is celebrating the first mega food flash sale event of the year!

For one day only, on 28 March 2019, get ready to snag great deals from midnight. ChopeDeals Foodie Paradise Sale 2019 has over 180 delicious dining deals in Singapore to leave you spoilt for choice! There is going to be 1-for-1 deals and up to 50% off cash vouchers from their extensive line-up of restaurants which includes Duckland, Tsukiji Fish Market Restaurant, and PizzaExpress.

You snooze, you lose. END_OF_DOCUMENT_TOKEN_TO_BE_REPLACED 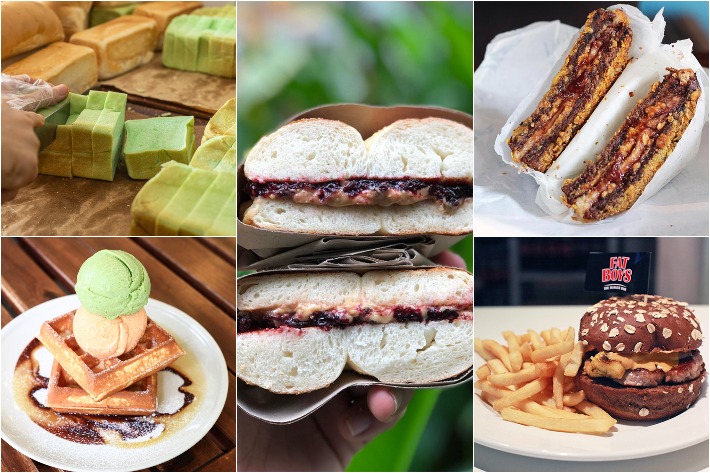 Peanut butter. Fitness junkies consider it a superfood high in healthy fats, never failing to include it in their protein shakes, smoothies and morning toast while others—like us—appreciate it for its sinful appeal. Adding it into a dessert or even a dish provides a heightened butteriness accented with a nutty flavour that is just pure bliss.

As a flavour of ice cream, on pancakes, layered into a decadent chocolate cake or even slapped on a savoury beef burger, here is our list of peanut butter-laden dishes in Singapore loaded with nutty, buttery goodness. You’ll fall in love #3 in a heartbeat.
END_OF_DOCUMENT_TOKEN_TO_BE_REPLACED