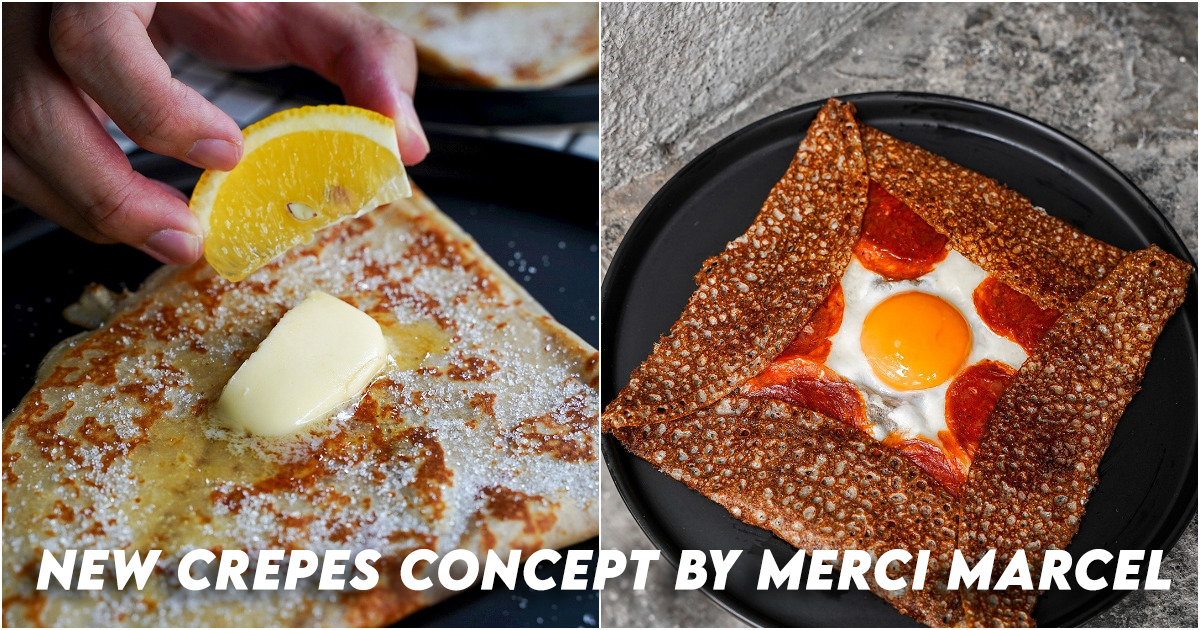 French Fold is a new all-day dining concept by the Merci Marcel group which focuses on  French crêpes, speciality coffee and curated cocktails.

Located at 204 Telok Ayer Street, French Fold is housed between Napolean Restaurant and My Awesome Cafe. You can now have French crêpes for breakfast, lunch and dinner. French Fold aims to offer their interpretation of traditional French galettes as well as an array of French crêpes with modern flavours. Using imported buckwheat flour, the French galettes are gluten-free and paired with ingredients imported from France.

The food is complemented with an extensive drinks list comprising of both alcohol and non-alcoholic options. French Fold is a place where you can have a cuppa in the day and a cocktail during the evening. And all-day French crêpes, of course.