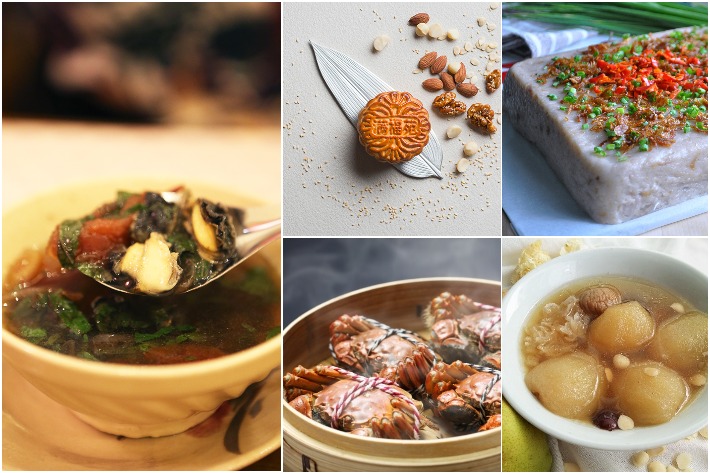 Whether you call it Mid-Autumn Festival, Mooncake Festival, Harvest Moon Festival or Lantern Festival, it is still the time of the year where we gather around with family to give our thanks and blessings for the year and to just be together.

If the impending family dinner hasn’t been stressing you out over what to prepare, then perhaps the incessant mooncake advertisements might. After all, there’s more to Mid-Autumn festival than just mooncakes and salted egg yolks.

Here’s a list of 10 food items you should have on the table this Mid-Autumn Festival that not only will impress your parents and in-laws, but also taste and look good too. 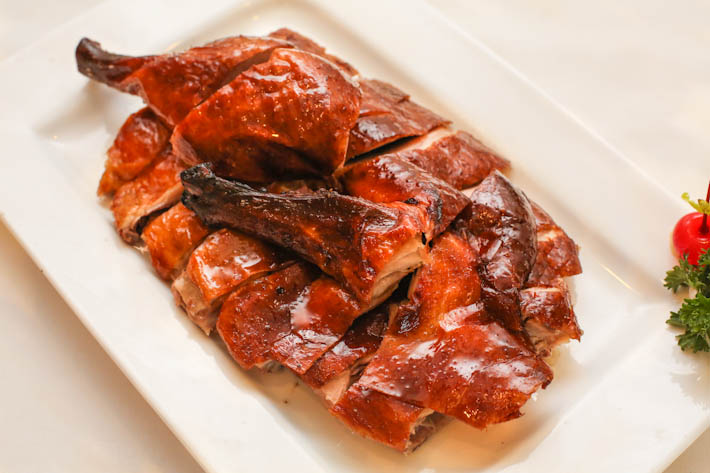 Rather than Chicken, Duck is the go-to fowl for this time of the year. Not only are ducks fattest at this time of the year, their natural game-meat flavour is the richest too, making it the peak season to enjoy duck meat. It is also believed that eating duck in Autumn helped to expel pathogenic heat to restore the balance of yin and yang in the body, hence enhancing one’s health.

While every province has their own style of preparing duck, here in Singapore, the fuss is taken out of our hands as whole roasted ducks are readily available from our favourite duck rice and roast stalls. Due to the popularity, it’s always recommended that you place a reservation in advance, or make your way over early before they’re all sold out.

Though it’s not so popular here in Singapore, hairy crabs are a particular favourite amongst those in southern China, Taiwan and Hong Kong. What makes hairy crabs more popular than the regular ones served in Chilli Crab? Think your favourite crabs, smaller in size with intensified crab flavours, oozing rich yellow cream and orange eggs.

As the crabs are in season only during this time of the year with every small shelled critter is richest in protein and amino acids, it makes them a rare delicacy. They’re also relatively easy to prepare – with just a nice clean scrub using a toothbrush, they’re ready to eat after just 10 minutes of steaming. 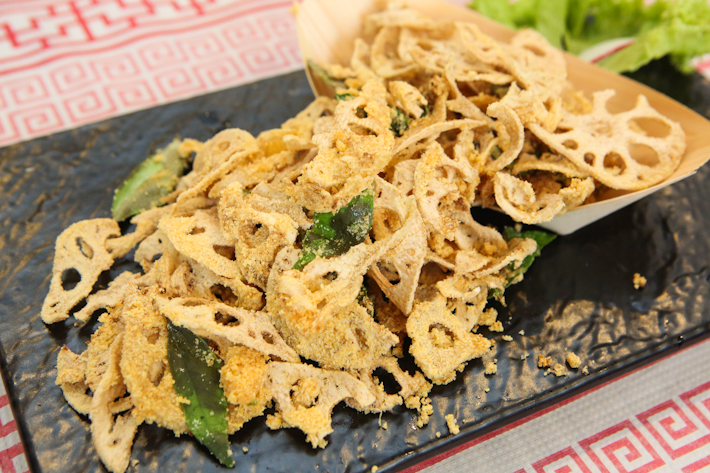 While lotus roots are now available all year round, they are traditionally harvested around Mid-Autumn festival. These fleshy roots are filled with minerals and vitamins that help stimulate a healthy appetite as the weather turns cold.

Due to the inexpensive price, lotus roots can be readily made into any sort of dish of choice, with a more classic choice being to serve it with glutinous rice and honey. With our local preference, however, lotus roots served in mala stir-fry doesn’t seem like a bad option either. 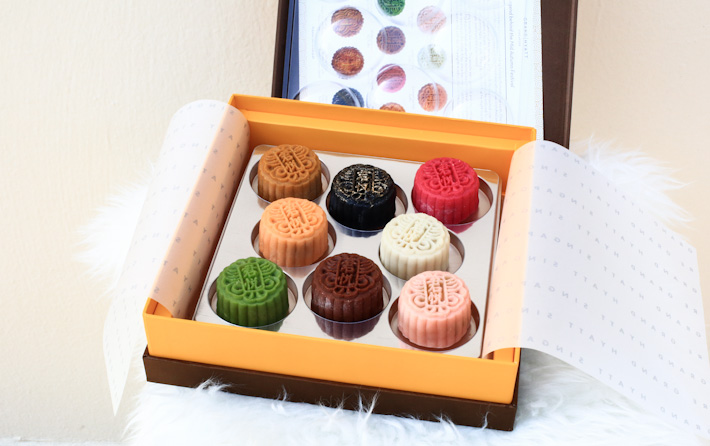 It’s never quite Mid-Autumn festival without mooncakes, is it? From the traditional-style filled with lotus seed paste or sweet bean paste with a salted egg yolk in the middle to the more modern snow skin variations stuffed with ice cream or even durian in the middle, there’s no shortage of mooncakes to choose from.

Still, there’s more to mooncakes than just a yearly fad. It can be considered the hallmark tradition of the festival, as sharing and eating mooncakes signifies completeness and unity. If there are kids in the family, or you’re looking for something fun to do, gather around some family members to make your own mooncakes to make the gathering more special. 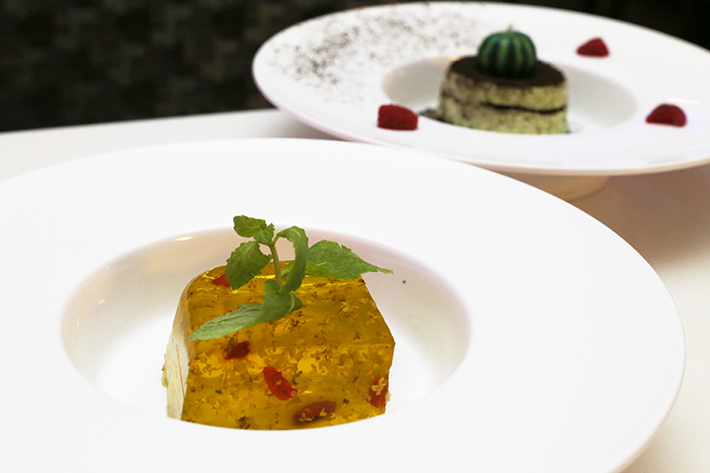 With the flowers in full bloom, you’re likely to smell their heady scent wherever you go. Just like Sakura blossoms, they’re used in a variety of dishes, from jams to tea, cakes to wine.

Osmanthus wine, in particular, are more associated with Mid-Autumn than other osmanthus dishes as it signifies family reunion and a happy life, and is most commonly served for a reunion toast.

In Mandarin, the word for pear is homophonous with the word “leave”, hence most people tend to avoid gifting pears or eating them during joyous occasions. However, during Mid-Autumn, it’s encouraged to consume more pears as a display of your desire for unification and to stay together with your loved ones.

While Chinese pears are already sweet and enjoyable as they are, pear soups with pork ribs and snow fungus make for a gut-warming comforting drink to have with your main dishes.

The origins for why exactly pumpkins became popular to have during Mid-Autumn isn’t exactly clear. Some believed it was due to poorer people being unable to afford mooncakes, substituted it with pumpkins instead. Others believed that the pumpkin’s golden and round appearance brought good health to those who ate it.

Either way, Mid-Autumn falls during the mature period for pumpkins, and like any seasonal fruit, they are freshest and the best tasting during this time. Be it in stews, braised dishes or in desserts, they make for the perfect addition to the dinner table. 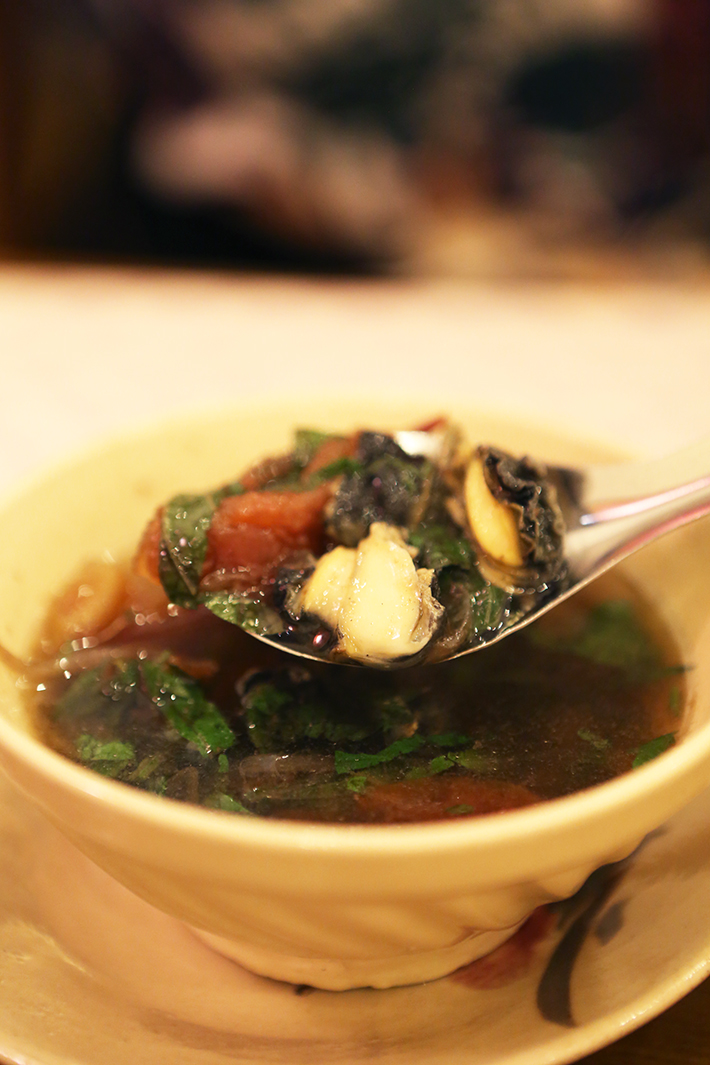 Not to be put off by this seemingly grotesque looking gremlin, river snails are an indispensable part of Mid-Autumn in Guangzhou and Hong Kong. Due to the warm wet climate and abundance of food in the form of rice paddies, river snails are plentiful in southern China.

While they’re eaten due to their abundance, they also bring about health benefits such as brightening the eyes. As long as they’re cooked properly with plenty of medicinal herbs, there’s no worry about any unpleasant odour.

Back then Taro was believed to bring good luck and fortune during the year while expelling bad luck due to its name sounding like the words “luck is inside”. Regardless of beliefs, taros ripen during the period of Mid-Autumn festival to create a soft fluffy texture filled with a full-bodied earthy taste.

While they’re normally boiled or steamed, they can be added to meat dishes too. As a dessert, they can be cut into small pieces and fried before being drizzled in syrup, perfect for any sweet tooths in the family. 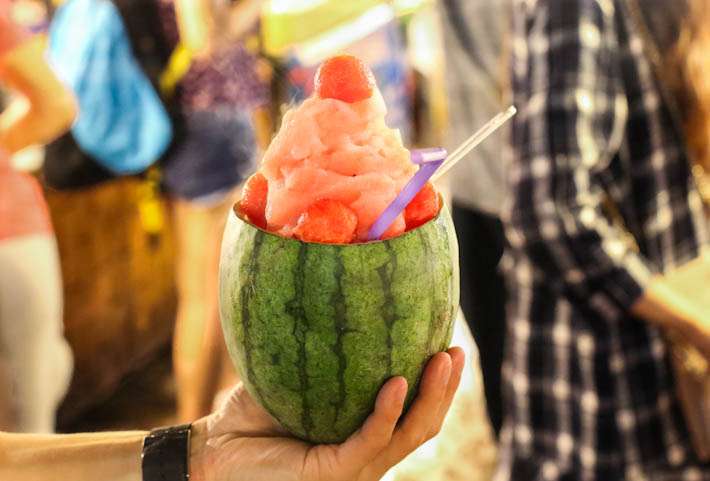 If preparation for dinner seems to be far too tedious to warrant extra efforts in making desserts, watermelons make for a good centrepiece. It’s essential for Mid-Autumn due to the seeds, which symbolize fertility and the round shape representing a family’s reunion.

If you’re itching to try your hand as watermelon carving, a lotus flower shape is popular as it blesses the family as a symbol of good fortune for the year. All while being a refreshing snack to quench the remaining summer heat.