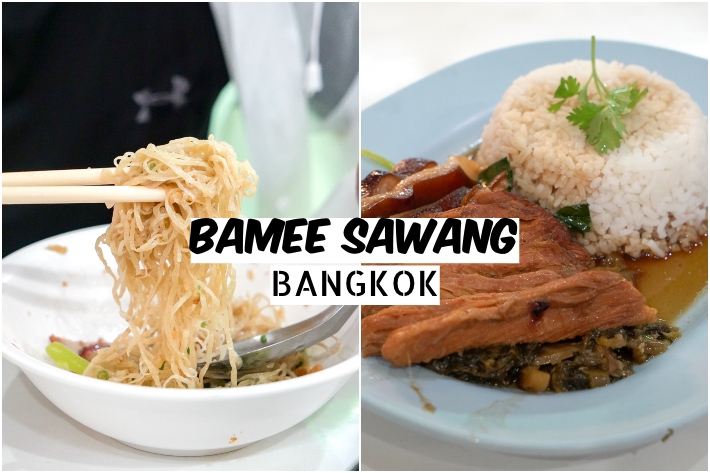 Just like how Bangkok has its own rendition of chicken rice, they also have their own version of what we Singaporeans call roast pork noodles. The Thai’s call theirs bak mee moo dang and while it looks pretty similar to Singapore’s roast pork noodles, it has a few differences as well.

Bak mee moo dang consists of Chinese-style egg noodles that are tossed in a savoury sauce and accompanied with ingredients such as leafy greens, pork slices and dumplings. The dish also isn’t hard to find in Bangkok and you can easily get your hands on a bowl of this goodness at any market, street or mall. 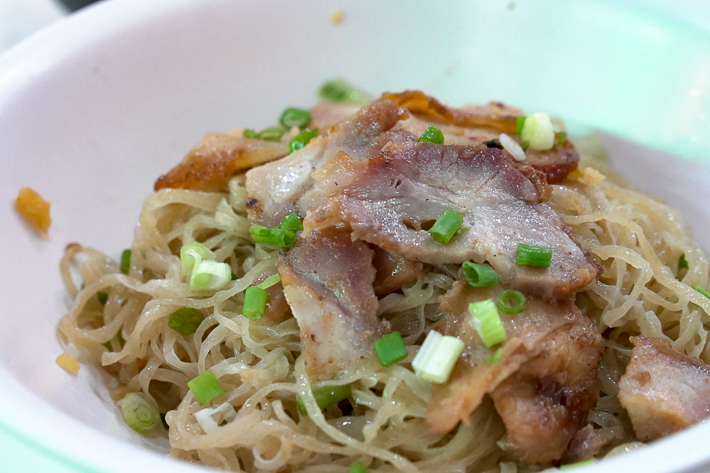 Bamee Sawang has a pretty extensive menu that consists mostly of noodle and pork dishes that are all very reasonably priced.

We went straight ahead and ordered ourselves a bowl of Egg Noodle With Barbequed Pork (50 baht). 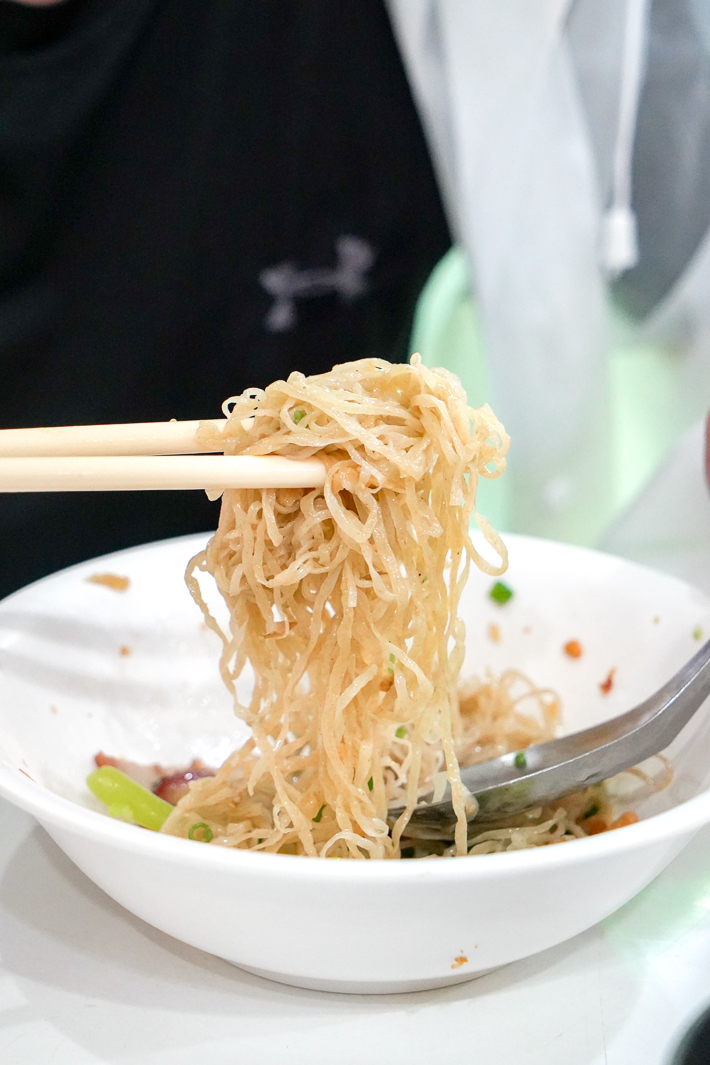 We like how the noodles were al dente and incredibly springy with a good bite to it. The sauce it was tossed in was also not too oily and overpowering and it added a nice savoury touch to the overall dish. The pork slices, on the other hand, were a tad too dry for our liking despite being thinly sliced, which was slightly disappointing.

The portion size of the dish is also pretty small so if you’re a big eater, you may need to get two bowls. 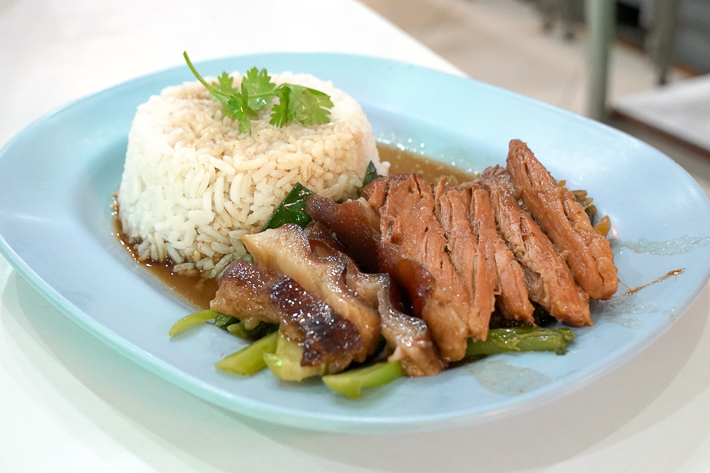 We also had a go at their Stewed Pork Leg Over Rice (40baht) which featured chunky strips of pork leg paired with white rice and doused in a rich, full-bodied gravy.

The pork leg was outrageously tender and the layer of fat on each piece of meat provided it with an additional amount of umami. We also like how the pork had been stewed long enough to soak up the juices and goodness of the gravy. 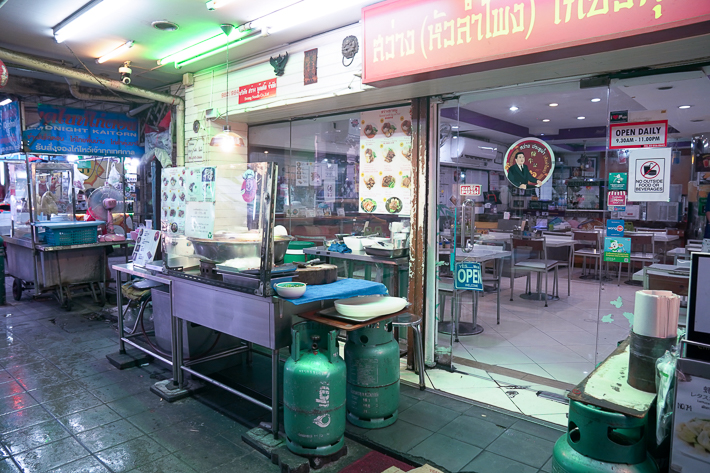 All in all, Bamee Sawang may not have the best roast pork noodles out there but in terms of quality and service, we still prefer it over Sabx2. However, at the end of the day, we still feel that nothing so far is as good as what we can get from our Singapore hawkers.

If you’re popping by Bamee Sawang, we recommend getting the Stewed Pork Leg Over Rice instead of their noodle dishes but if you are more of a noodle person, there’s no harm in giving theirs a shot either.