Sabx2 Wanton Mee isn’t an unfamiliar name and if it’s your first trip to Bangkok, you probably would have been recommended to try their Thai-style wanton mee and pork trotter rice.

This majorly hyped-up wanton noodle store in the heart of Pratunam is famous for their Thai-style wanton mee and many claim it to be one of the best in Bangkok.

We used to be big fans of Sabx2 Wanton Mee but unfortunately, the standards have dropped drastically and it is no longer worth a visit. 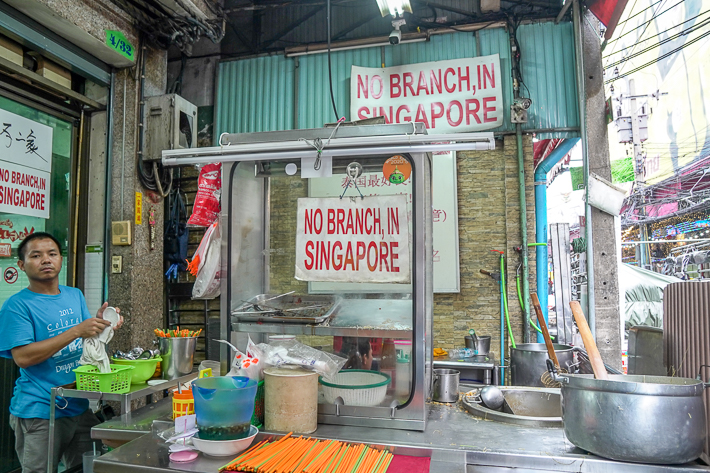 Some customers have confused this place with another popular stall in Singapore called Soi 19 Wanton Mee and hence, when you walk into Sabx2 Wanton Mee, you’d notice that the walls of the eatery are lined with signs saying “NO BRANCH IN SINGAPORE”. 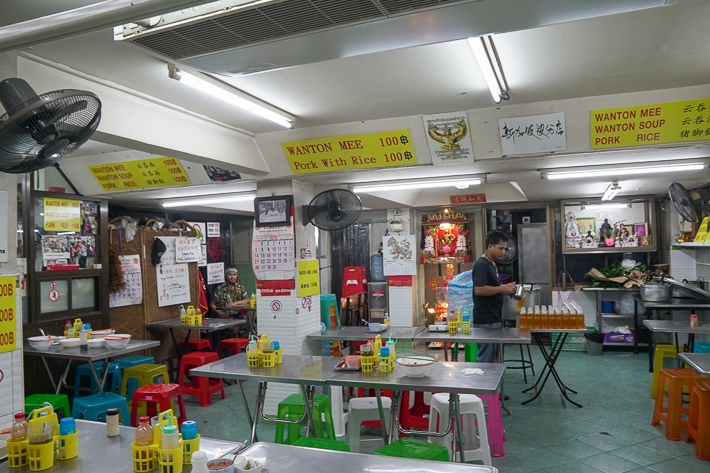 The stall is a rather spacious one and the fact that it is air-conditioned does make it an attractive lunch pitstop for hungry shoppers who have spent their morning at the nearby Pratunam Market and Platinum Mall. 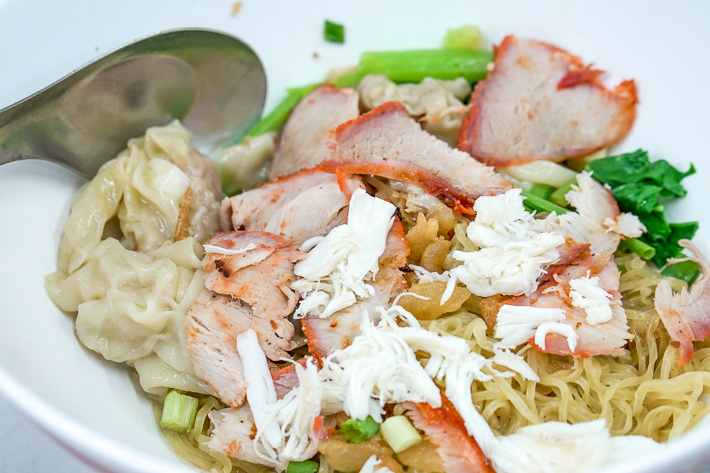 Their wanton noodles are sold at a fixed price of 100 baht per serving and they do not allow sharing, so you will be expected to order at least one bowl per person. This price has been doubled and in the past, bowls of these used to cost just 50 baht per serving.

The first thing that came to mind when we received our noodles was that the portion size was shockingly small. Just based on the serving size, 100 baht was definitely not worth it. The bowl was not even halfway filled and its contents could easily be polished off in 2-3 bites. 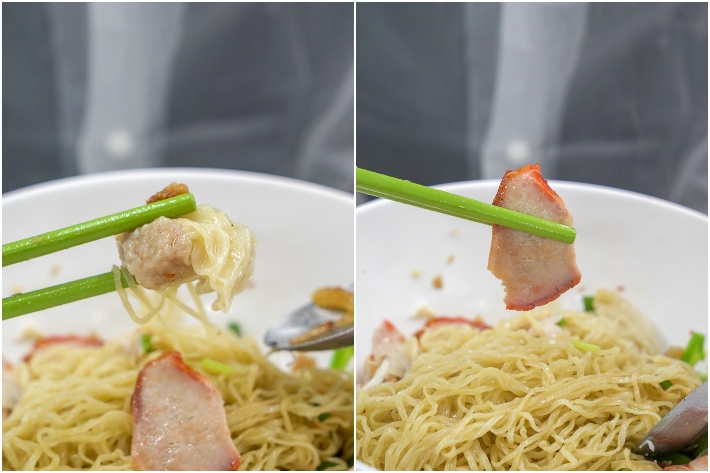 Each bowl comes with thinly sliced roast pork, some dumplings, leafy greens and a light scatter of crab meat atop a bed of egg noodles. The pork, in our opinion, was too dry and hard to chew. The dumplings, on the other hand, were decent and had a good skin to meat ratio but other than that, there was nothing particularly special about them. 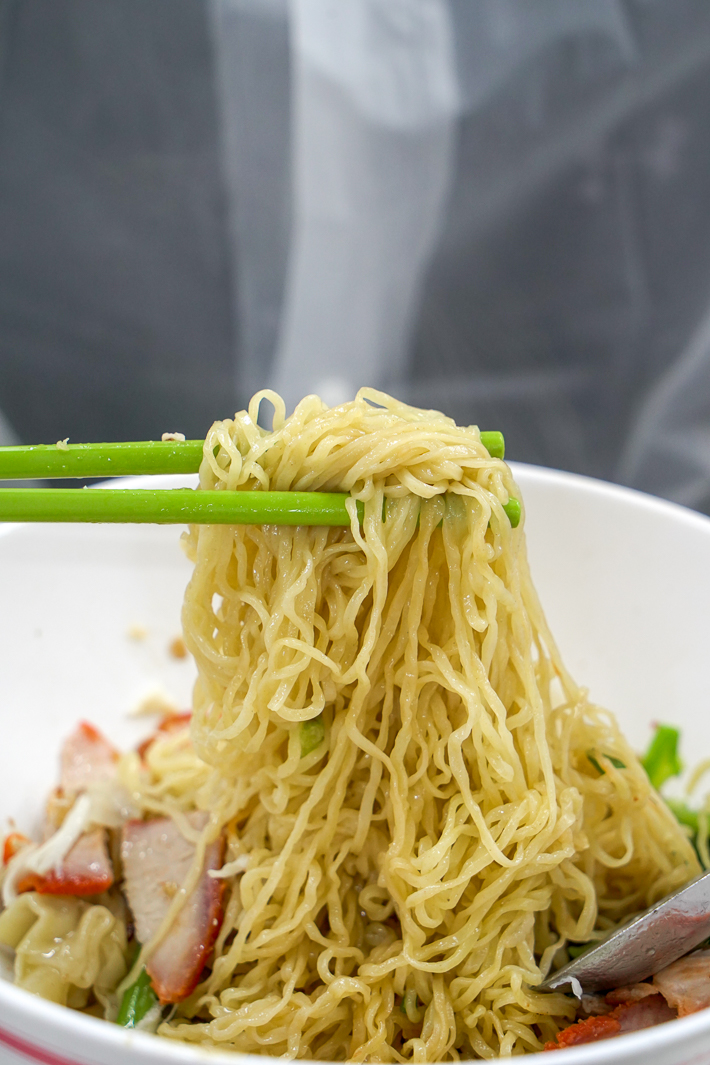 While the noodles were springy, they were a tad bit too oily and bland for our liking. The greasiness overwhelmed our palates and made the noodles rather unappetising.

The service did not make up for the subpar food and the staff who attended to us were pretty rude and sloppy as well. 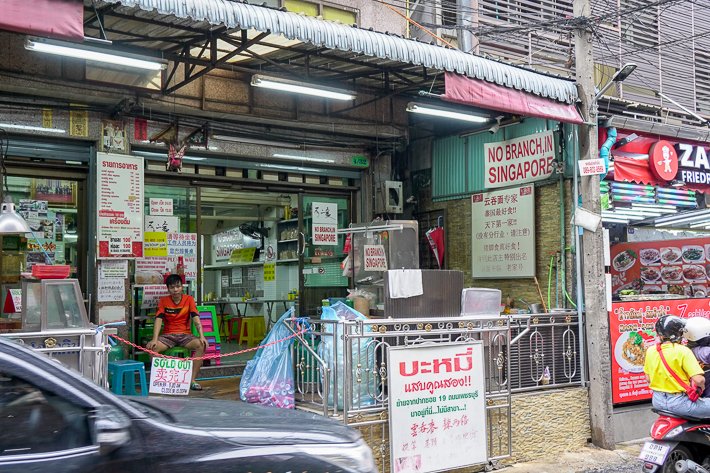 We are not sure if the quality of service and food at Sabx2 Wanton mee has been this bad for a while due to complacency (of its popularity) but we won’t be coming back.

Yes I fully agree with your review. I was in BKK just last Nov and like many Sporeans, have heard of the hype of this stall. We joined the queue and tried the wanton mee and the verdict is exactly as what you’ve described. Overpriced for the portion, too greasy, bland and nothing special…a great disappointment indeed! However, their pork trotter rice was a surprising good dish although price-wise, I feel it’s on the high-side. I will only go back for the pork trotter rice and not the wanton mee for sure!