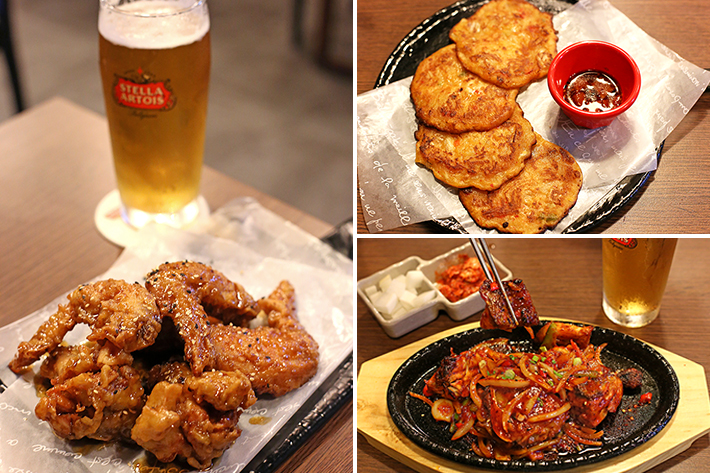 Over the years, East Coast Road has established itself as a dining destination with its sheer number of food and beverage tenants. Two-week-old Nyam Nyam Chicken & Beer is the newest addition to the bustling stretch and we reckon it makes a perfect dinner spot.

East side dwellers rejoice – you no longer have to travel all the way to Tanjong Pagar to satisfy your Korean food cravings.

We initially ordered the Tongdak Chicken, but the lady boss of Nyam Nyam Chicken & Beer politely rejected our order.

“It’s not good, order these instead,” she insisted. Wow, her honesty is seriously commendable!

It turns out that the restaurant will be modifying its menu soon based on customers’ feedback. While nothing is set in stone yet, we are hoping that she will keep the Nyam Nyam Wings! 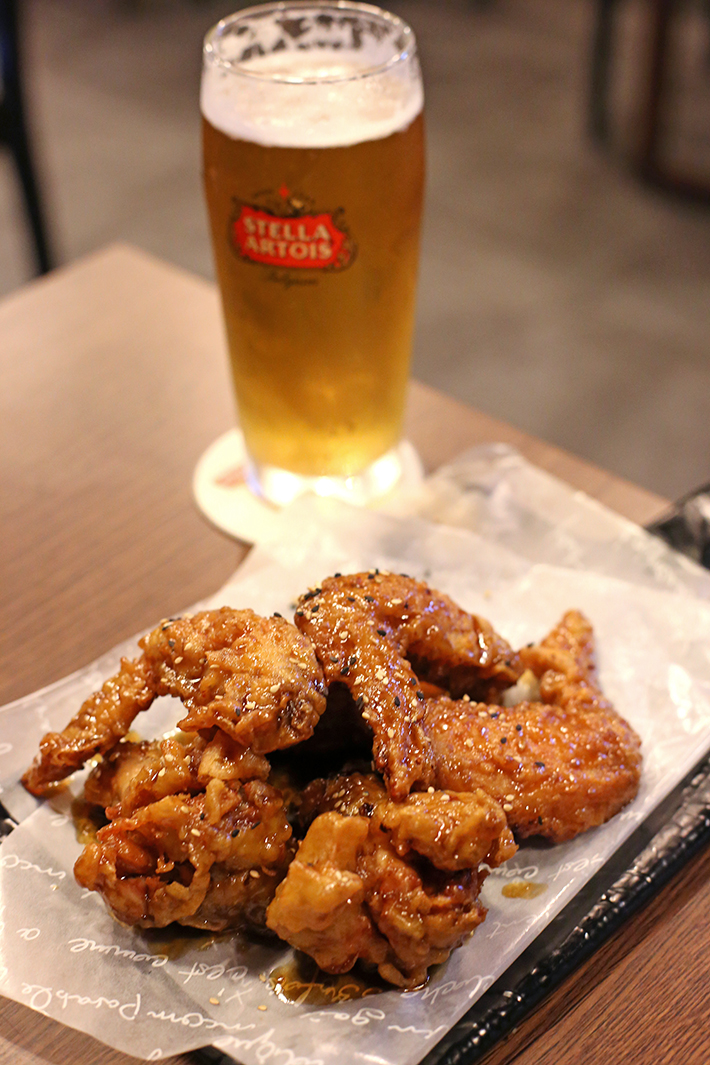 We got the Soy Nyam Nyam Wings (S$10+) which came in a portion of three drumlets and three wings. The succulent chicken wings – slathered in a thick and sweet marination – were deep-fried to perfection.

These sticky and juicy wings are then sprinkled with sesame seeds. Just in case you were wondering, we devoured them instantly. Talk about finger licking good! 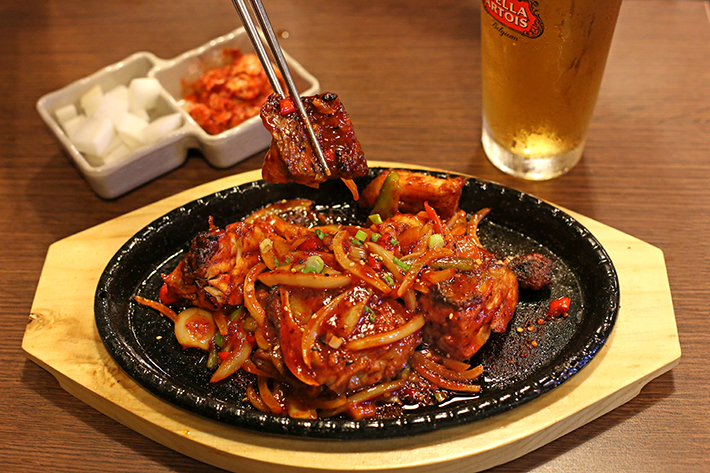 We were also recommended the Hot Spicy BBQ Chicken (half – S$18+, whole – S$32+). These chunky chicken were served atop a sizzling plate and boy, they were indeed hot and spicy! Those who have a low tolerance for spice should skip this.

Unfortunately, the flesh was a tad too dry and this dish certainly pales in comparison when compared to the mouthwatering Soy Nyam Nyam Wings.

Chicken & Beer aside, the Korean restaurant serves a comprehensive selection of Korean classics such as Kimchi Pancake (S$8+) and Budae Soup (S$25+). We highly recommend the pancakes; they are crisp on the outside and delightfully starchy inside.


About the writer:
Hui Jun Ng is a staff writer for ladyironchef. She previously worked in the food and marketing industry. She loves travelling and enjoys exploring underrated destinations. In her free time, you will find her indulging in coffee and her all-time favourite local dish – bak chor mee.