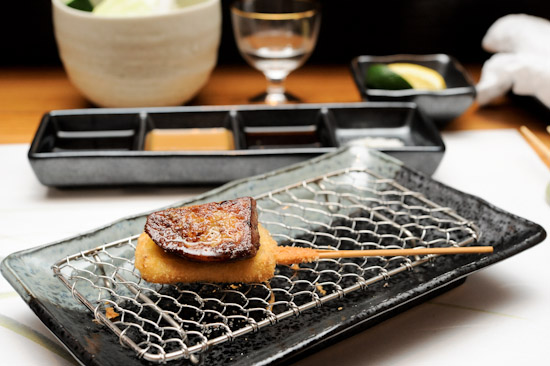 HAN Restaurant at Odeon Towers is a kushikatsu speciality restaurant that serves Japanese skewers kaiseki-style. During lunch, they have a lunch set of seven sticks for $75, while omakase at dinner starts from $120.

I know you cannot really go wrong with deep-fried stuff, but trust me, the offerings at HAN restaurant are not your typical greasy and sinful food. How should I put it? Every stick that we had was fresh, flavourful, and most importantly, not oily to the extent that you will feel sick after eating it. In fact, we still wanted more after we had seven to eight sticks.

HAN has good sushi and sashimi, but what you should focus on is its Osaka speciality kushikatsu. After having hamachi with truffle salt, olive oil and roe, the main event began. First up, the  soft crab claw. Then, we had a stick of delightful scallop. 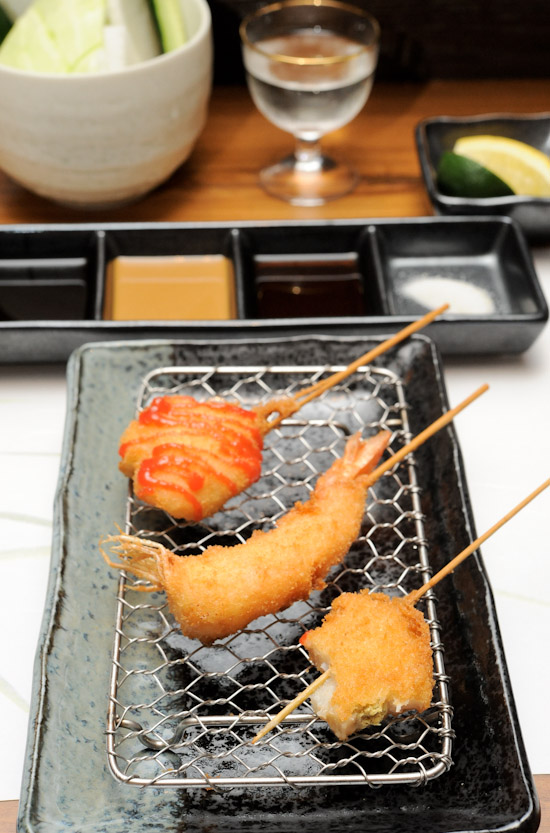 Following that, we had a lotus root – stuffed with chicken, and Japanese curry – paired with a Worcestershire sauce. Next up, a pike eel which went very well with a delicate plum sauce. The angel prawn was served, and all it needed was a sprinkle of salt. 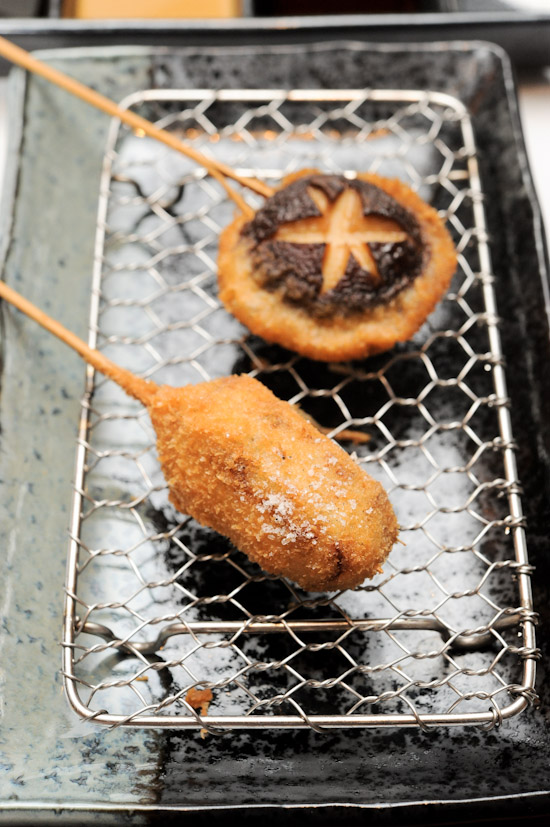 The mushroom was succulent and sweet, but it paled in comparison with HAN’s signature Ohmi beef. I took the first bite with truffle salt, and the second with mustard sauce. But really, the beef was so good on its own that there was no need for any condiments. It’s not ohmi beef, it’s oh-my-beef! (Sorry, I couldn’t resist).

Also awesome . . . A cherry tomato filled with cream cheese and tomato puree. It tasted like a bite of heaven. 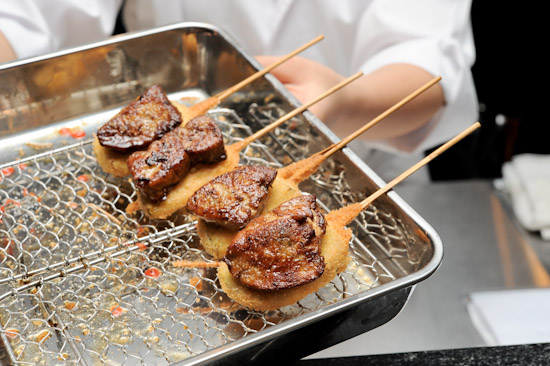 We slowly hit the height of the menu’s crescendo. Just when we thought that things could not get any better, the chef served us foie gras. The pairing of Kansei egg plant and foie gras was sensational. My dining companions described it as ‘sin plus sin’.

After which, we had a deep-fried onion. I thought it was amazing that onions could actually taste so good. By now, I’ve lost count of the number of dishes that we had. The parma ham with king oyster mushroom and cream cheese was brought before us. Again, delicious and one bite was not enough. Not long after, we had a simple but delicious white corn, and Japanese tomato. 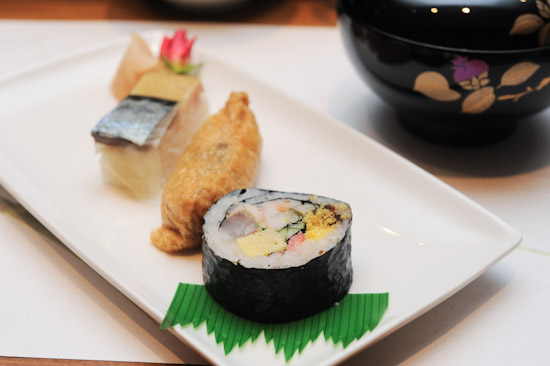 A sushi platter will ensure that, if you were not already feeling full by this course, you will be stuffed by the time you are done. And for desserts, we had a plate of Japanese peach and grapes.

A meal at HAN Restaurant is not cheap, but if you like Japanese food (deep-fried stuff in particular) and want something different from the usual kaiseki restaurants, here’s the place to go.

For more recommendations, read my list of Best Japanese Restaurants in Singapore