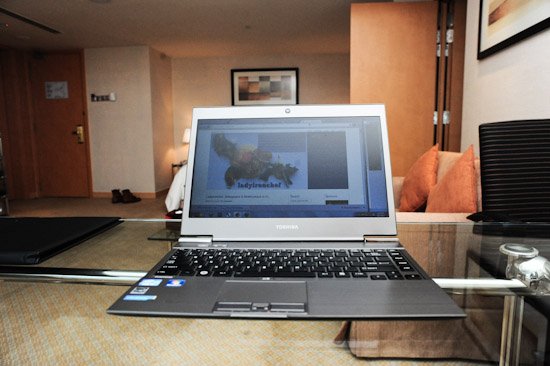 One of my goals for 2012 is to travel to a different city every month, and I’m quite lucky that I’ve been staying on track for the first quarter of the year. During my recent trips to Hong Kong and New York City, I brought my new Toshiba Ultrabook along, and it is becoming one of my essential travel items I can’t travel without.

Here are four reasons why the Toshiba Portégé Z830 Ultrabook is my perfect travel companion.

At just 1.12kg, I can’t describe how happy I am to carry Toshiba’s Ultrabook around. As you know, I must always have my camera with me, so I need a really lightweight laptop, and the Toshiba’s Portégé Z830 Ultrabook is the perfect fit. I’ve been using it when I went to Hong Kong, Kuala Lumpur, Genting, and New York, and I love that I can carry it everywhere.

Try carrying a bag with a heavy Dslr body, two lenses, an external flashlight, and a laptop, and you will know how I feel. 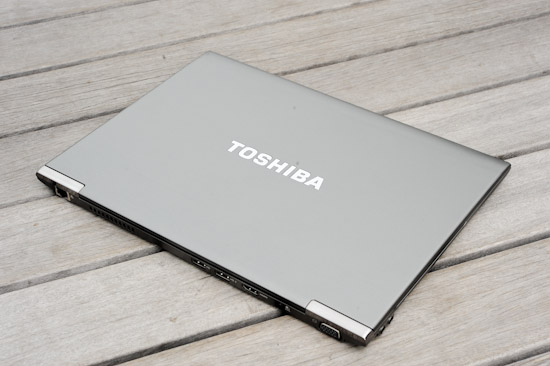 My new Toshiba Portégé Z830 Ultrabook is also thin like an envelope – making it my best travelling companion as I can slot it anywhere. I used to bring my tablet whenever I’m travelling, but I still prefer a proper laptop so that I can check my email and blog with ease.

The Ultrabook is also very responsive and it “wakes up” almost instantly. It’s really helpful because there are times when I suddenly feel inspired to write, and I am able to turn on the laptop and note down my ideas instantly. 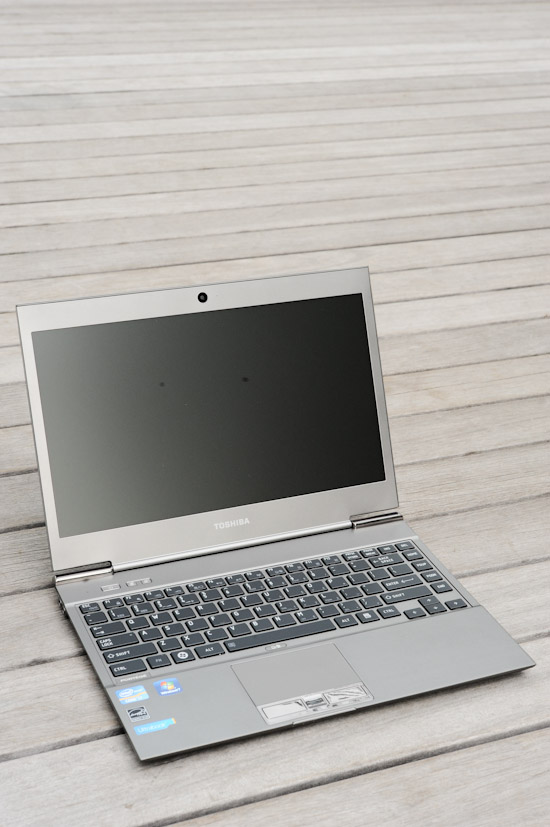 I am not going to go into details about Toshiba’s EasyGuard technology, but you just need to know that it has a spill-tested keyboard. Which is very important for me because I always like to eat when I’m using the computer. Now I don’t have to worry if I accidentally spill a glass of water onto the keyboard. Oh wow, I have an official reason to eat at my desk and surf youtube be a hardworking blogger!

Remember I was telling you about the Mark of Perfection: Toshiba-Intel Ultrabook Challenge that Beatrice, Velda and I took part in? The first two videos are out!

I know it sounds unbelievable, but we really played a few games of ping pong using the Ultrabook. I even went all the way to the finals, but I eventually lost to another contestant. Well I guess it’s not that bad to be second. Anyone wants to play ping pong using the Toshiba Ultrabook with me?

There are two more videos for the Mark of Perfection: Toshiba-Intel Ultrabook Challenge, and they will be released on the 11th and 18th April. So if you want to see how we make a fool of ourselves in the videos, do follow the conversation on the Toshiba Portégé Z830 Ultrabook, Inspired by Intel at Toshiba Facebook Page. Full Disclosure & Fine Print: The Toshiba Portégé Z830 Ultrabook was given to me as a review set, and monetary compensation was received for my participation in the KL filming, but not for this review. All views and opinions are my own.