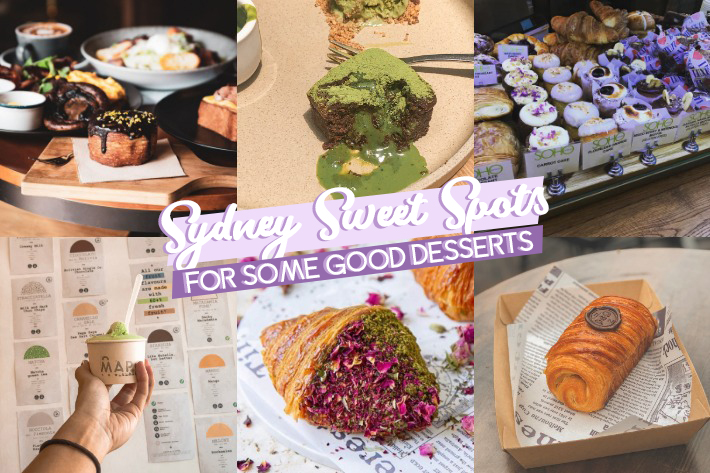 When in Australia, the thing people will always highly recommend is coffee. A cuppa is affordable and yet super delicious. However, oftentimes, people will overlook the fact that with your usual of cup joe, you’ll need something to snack on alongside it – probably something sweet.

We’ve narrowed down some places in Sydney you have to try if you’re looking to find a sweet snack to eat with your coffee or even if you’re simply craving something sugary and satisfying! 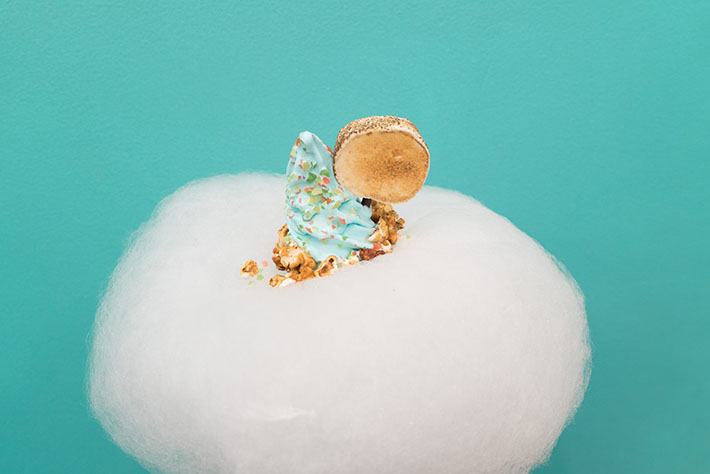 You may know this brand from when they appeared in Singapore, but they actually originated from Sydney. They pride themselves in their ever-changing flavours and their one signature – their Sea Salt soft-serve. It’s the most refreshing treat when the weather is simply sweltering. It helps that they’re simply a stone’s throw away from the train station! 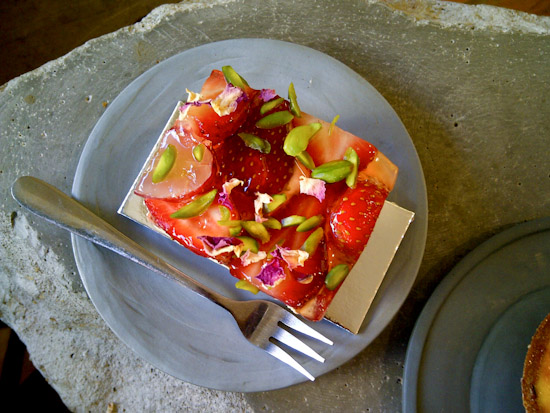 This particular world-famous bakery was the OG-creator of the extremely Instagrammable Strawberry Watermelon Cake. It was the cake that had catapulted them to fame and is now recognized everywhere, with many bakeries in Singapore recreating their own rendition of their signature creation.

Located in Sydney’s CBD, it’s an extremely accessible bakery that you can sit down and chill at while enjoying their beautiful and super scrumptious sweets. Other than their Strawberry Watermelon cake, look out for their Pistachio Lemon Zen Cake and their Chocolate Hazelnut Torte too! 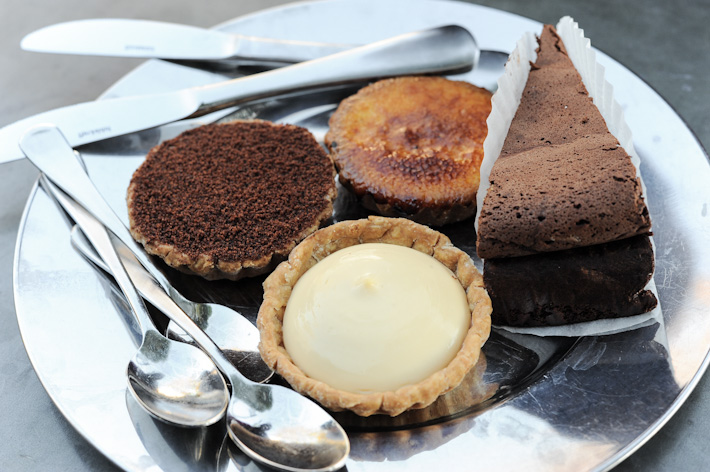 This cosy bakery serves up some of the most phenomenal bakes. It may be a bit of a walk from the nearest train station but it’s definitely worth it. They are super famous for their Ginger Brulee Tarts but you should also check out their Passionfruit Meringue Tart and their freshly-baked croissants. Their Pain Au Chocolat is to-die for!

We would say it’s a must-visit for any first-timers in Sydney. They have quite a few branches but we found the one Surry Hills to be the most peaceful to enjoy their bakes in!

Brewtown Newtown is conveniently located in (yes, we know) Newtown, Sydney. It’s in a prime location for University students and tourists alike, so prepare for some bustling crowds. Nonetheless, it’s a great place for some good cuppas, brunch and a great sweet pastry.

From Belgian Waffles to their multi-flavoured Cronuts, you’ll be spoilt for choice. We particularly enjoyed their Caramel Cronut – just imagine the buttery flavour and flaky texture of a croissant but in donut form! 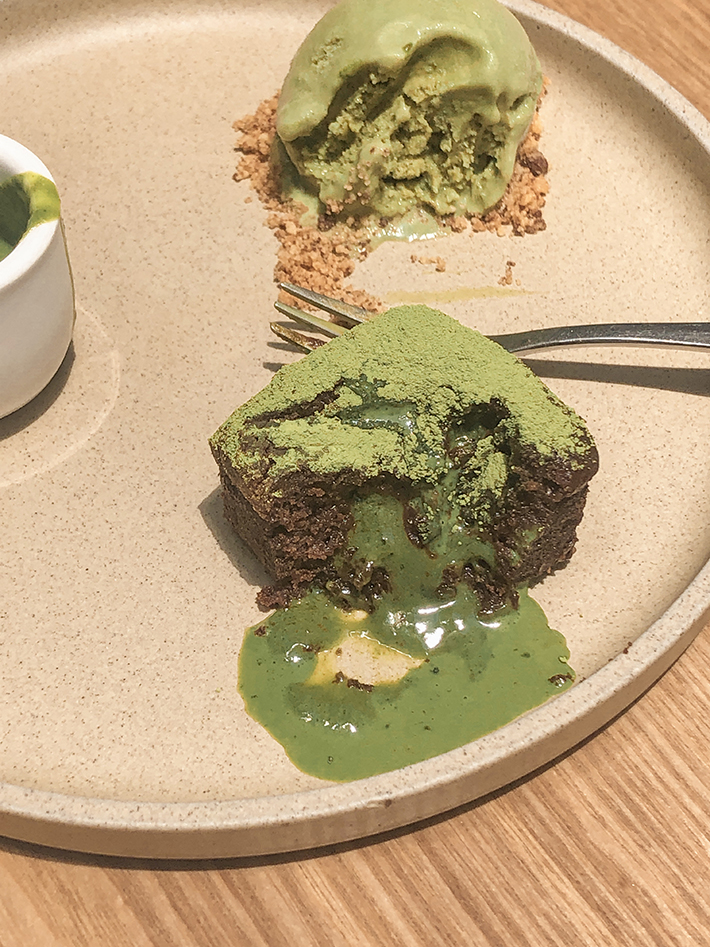 If you’re a big matcha or green tea fan, this quaint and somewhat-hidden Japanese-run cafe will definitely interest you. On their menu are all Matcha-themed desserts and drinks – we would recommend you to try their Matcha Latte and Matcha Fondant.

As it’s in central Sydney, it’s also not too out of the way in case you were in the area sightseeing! The staff there are so polite and friendly too. Just note that they are quite small yet popular so you might not be able to get a seat so easily. 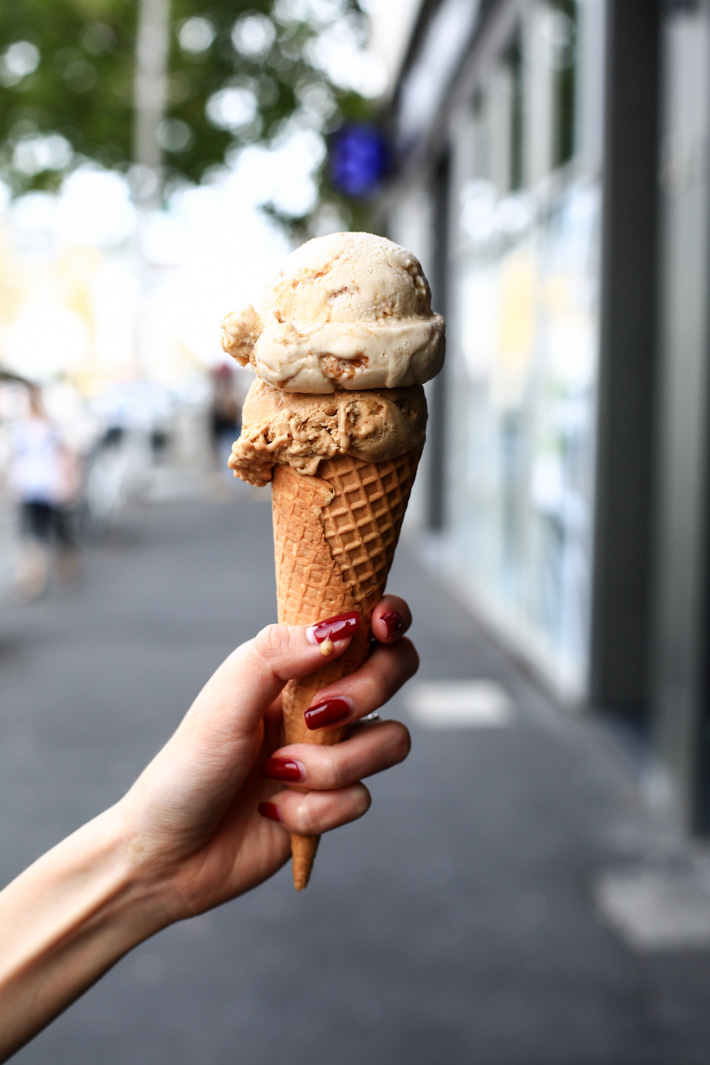 This is probably one of the most popular gelato shops in Sydney. Besides offering a variety of their signature flavours, the folks at Messina also constantly come up with new treats. Just think Apple Pie, Thai Milk Tea with Pandan Fudge and Yoghurt & Caramel! Even if it sounds funky, give it a try because they’re probably still amazing. 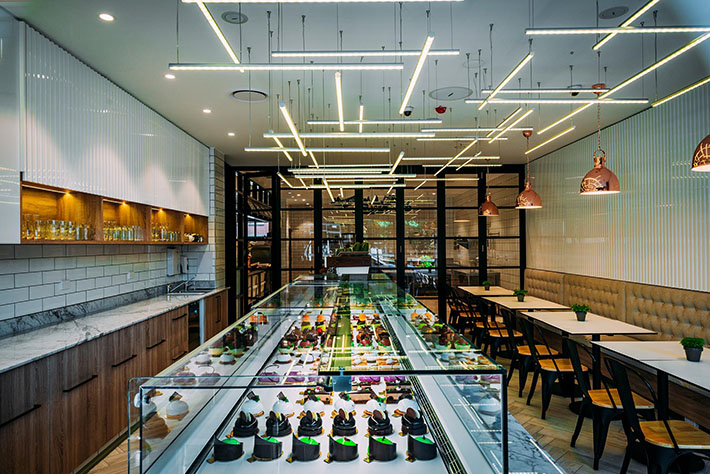 Probably one of the more upscale dessert places in Sydney, Koi Dessert Bar prides themselves in their beautiful polished dessert creations. These multi-coloured beauties sit in a glass case and come in all sorts of shapes, sizes and flavours. The range changes from time to time, involving seasonal ingredients and festive flavours, so whenever you visit, prepare to try something new!

Winter, Summer, rain or shine, there is never a bad time for some good ol’ icy gelato. There’s just something about ice cream that’s always good, no matter what the weather or time is. Especially if you’re near Mapo Gelato.

We would like to think that Mapo is one of the best gelato shops in Sydney. Their gelato contains all-natural flavours coming from fruits, nuts and tea. It’s super smooth, creamy and packed full of flavour – really a must-try when you’re in Sydney! 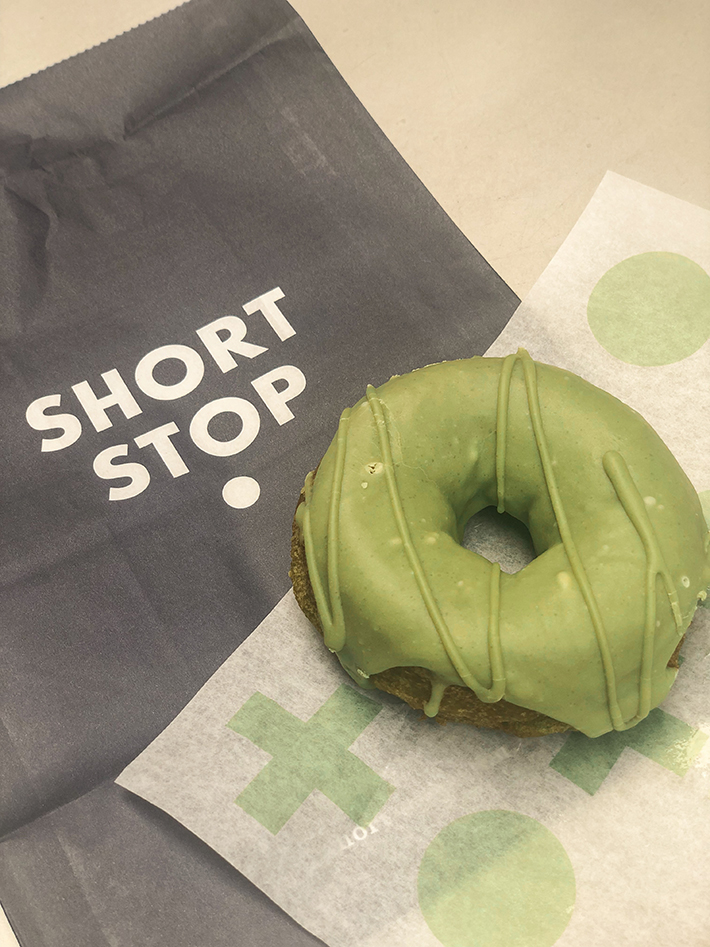 After exploring Darling Harbour or Sydney’s Chinatown, you might walk around Darling Square. If you do, we’d recommend popping by Short Stop Coffee & Donuts. This humble store serves up some really delicious donuts that you will find yourself wolfing down. From Triple Matcha to Maple Bacon, their flavour range is super drool-worthy! Do stop by earlier to avoid any favourite flavours being sold out, though! 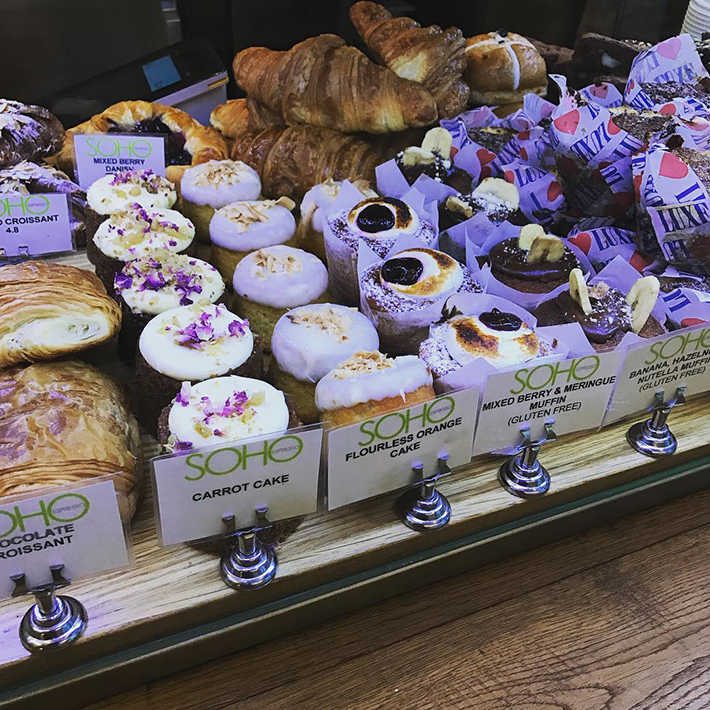 If you fancy a coffee, a pastry or some healthy light bites, Soho Espresso might be a great place to hit up when in Sydney. Other than the usual croissants and cakes, they also stock some delicious “raw slices” which are made with vegan-friendly ingredients, often tasty and super healthy. If there’s a place that can combine “no-guilt” and “dessert”, we’ll be all about it for sure. 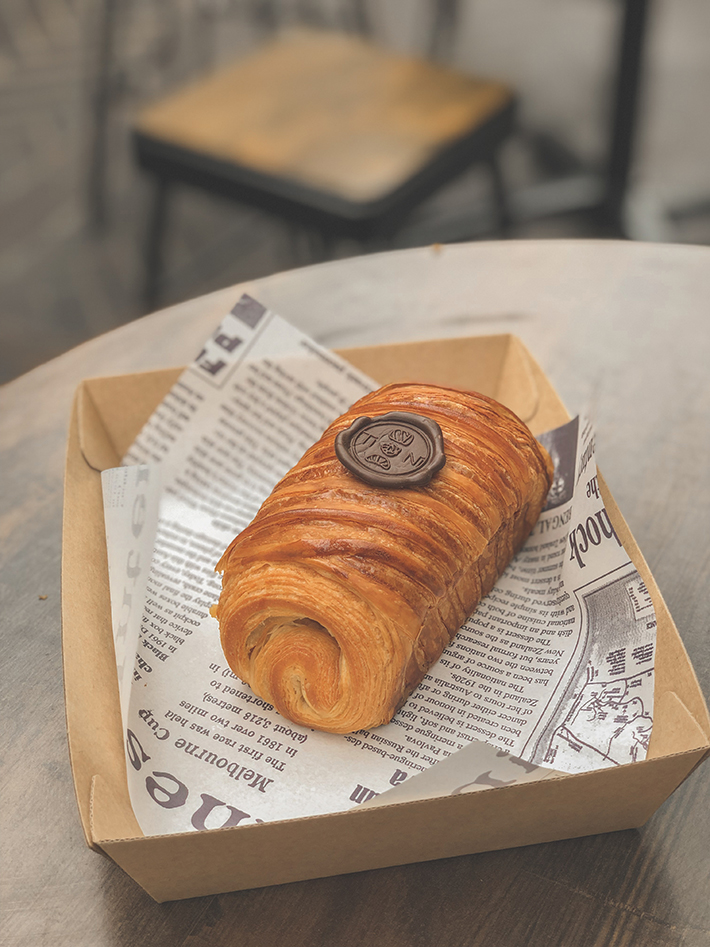 If buttery croissants are your cup of tea, you can give TiNi Artisan Bakehouse a try! This bakery specializes in the classic French pastry and does it impeccably well – buttery, flaky and super crispy (all hallmarks of a great croissant).

Their most popular croissant is definitely their Pain Au Chocolat and its unique shape is quite eye-catching. It’s also generously filled with dark chocolate so almost every bite will have that hint of cocoa!