The land of fire and ice, Iceland is one place you must visit in your lifetime. From majestic waterfalls and black-sand beaches to glacier lagoons and volcanoes, Iceland has it all. This Arctic island exudes different charms from season to season but the landscapes remain picturesque.

Although photos simply don’t do justice to the beauty of the raw wilderness and natural wonders in Iceland, here are 7 things to do in Iceland that will hopefully inspire you to make a trip there. 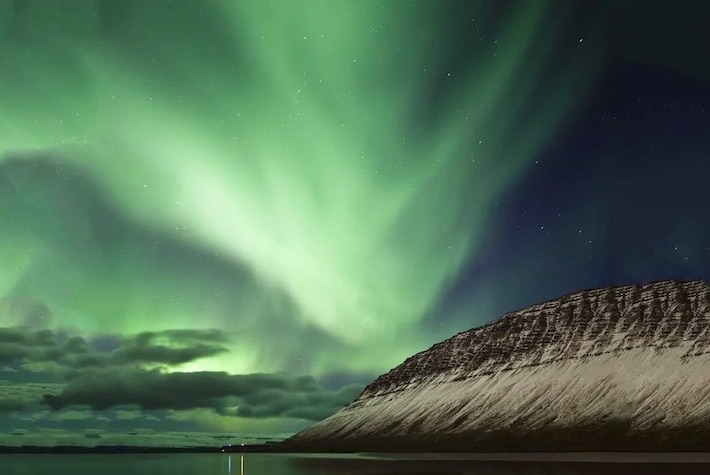 Definitely on everyone’s bucket list is to see the Northern Lights or Aurora Borealis at least once in their lives. Being located near the Arctic Circle, Iceland is one of the best places to catch this phenomenon. The best time to see the lights in their full glory is from September to April when the nights are long.

And trust us when we say that this is possibly the most beautiful thing that Mother Nature has created because nothing can compare to the feeling when you witness the lights dance above you, not even the cold! 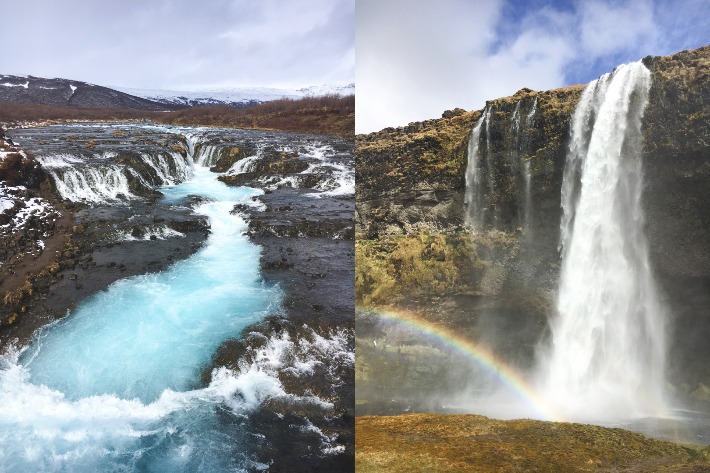 Icelandic waterfalls are of a different league, and it’s honestly tough to beat the grandeur and beauty of these natural wonders. There are thousands of waterfalls in Iceland and we can’t get enough of them. Despite the sheer number of waterfalls, each and every one is unique!

There’s Glymur which was considered the highest waterfall until recently which requires a hike to or Dettifoss which is the most powerful waterfall in Europe. There is also Seljalandsfoss where you can go behind the cascading water or Svartifoss which means ‘black waterfall’ because of the black basalt columns.

If you’re lucky, you might even catch a rainbow at one of the waterfalls! There’s just so much to see in Iceland and many may overlook its capital Reykjavík, which is the northernmost capital in the world. The vibrant city has a flourishing art scene and is dotted with museums and coffee shops.

Towering over the whole city is the majestic Hallgrímskirkja, the largest church in Iceland which offers a panoramic view of Iceland if you go to the top. Don’t miss out on the Sun Voyager sculpture and Harpa concert hall when you’re in Reykjavík too! 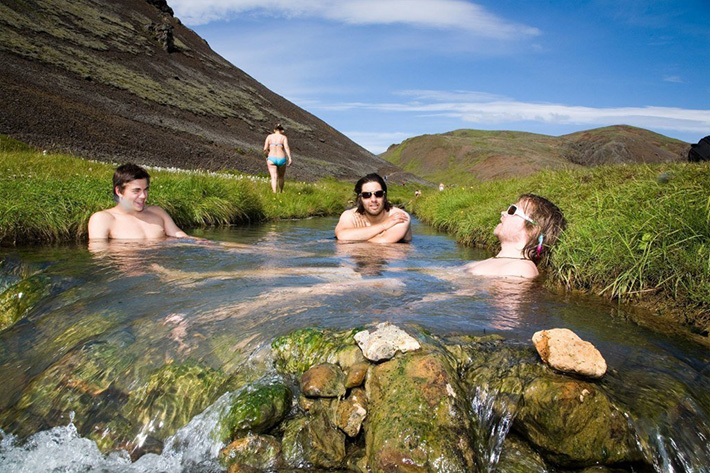 When you’re in Iceland, you must not miss out on their hot spring culture. A popular choice amongst tourists is the totally Instagrammable Blue Lagoon Spa. But if you’re not for exorbitant prices and jostling with the crowd, give this one a miss. Having a geothermal underbelly means that Iceland has many other alternatives for you.

You can find one almost anywhere; you can even find a hot tub in the middle of nowhere with a great view of snow-capped mountains. So just sit back and relish the soak in the warm waters amidst the clouds of steam and perhaps, an ice-cold beer if you fancy. 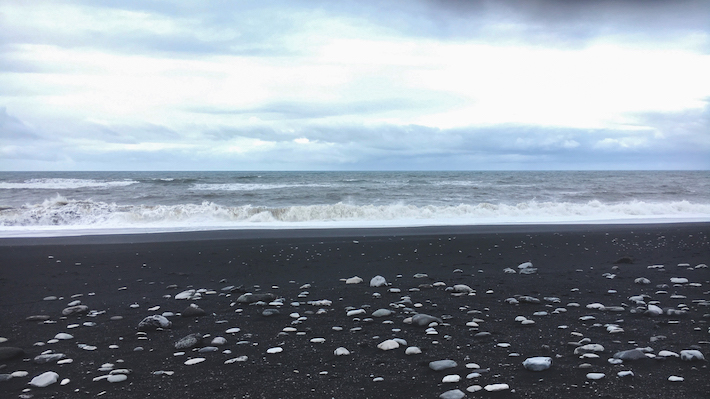 SINK YOUR FEET IN THE BLACK SAND BEACHES

Iceland is home to mesmerizing black sand beaches that are found along the southern coast. The jet black sand gets its unique colour from volcanic ash as there are over 100 volcanoes in Iceland. Each black sand beach has its own distinct features.

The most visited and well-known Reynisfjara has basalt columns that are incredibly beautiful against the vast Atlantic Ocean while Solheimasandur has a plane wreck and stunning glaciers lie along the black sand on Diamond Beach. 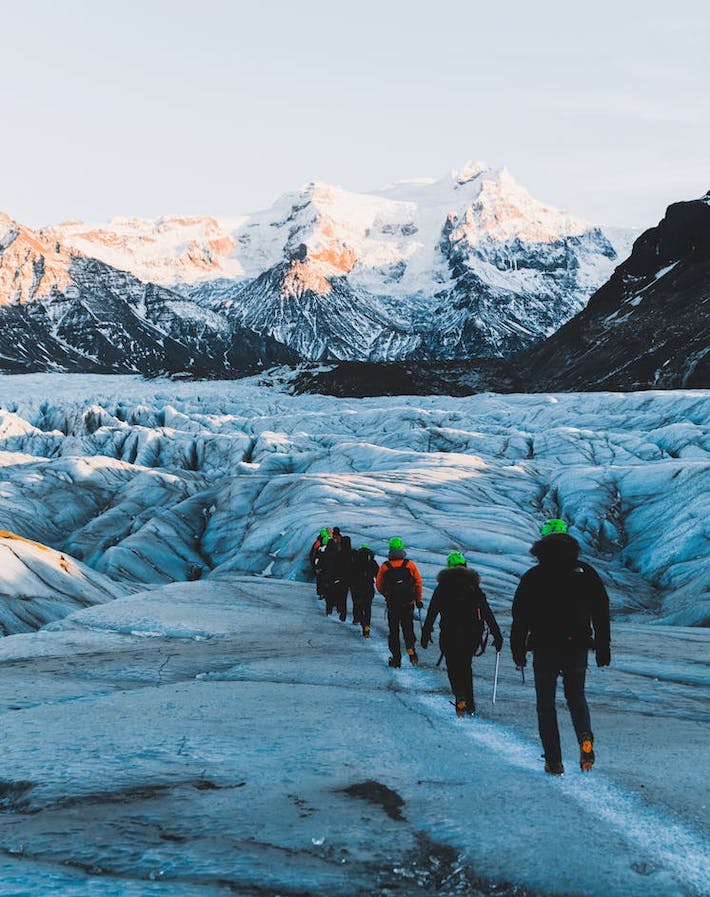 What do you do when hiking mountains becomes too mainstream? Go glacier hiking of course. Glaciers make up about 11% of Iceland and two of the largest glaciers in Europe are found here! Glacier hiking is an increasingly popular activity to do and we can totally see why.

Traversing across the ice-cool surface against a beautiful backdrop of more blue and white or even exploring inside ice caves – definitely a game-changer. If that’s too adventurous then you opt for Jökulsárlón glacier lagoon where you can see chunks of ice floating in the water. 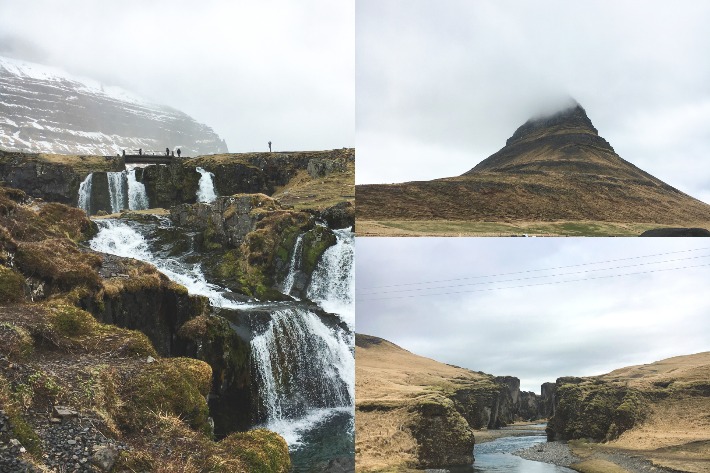 With the immensely popular series finally finishing its run after 10 years, there’s no better time than now to hop on the plane to visit the filming locations! Fans of Game of Thrones will know that filming took place in many countries such as Croatia, Spain, Morocco, Ireland and of course, Iceland.

See the world of Game of Thrones appear right in front of your eyes—from Skogafoss and Fjaðrárgljúfur Canyon where the dragons fly over to Kirkjufell which appeared in The Hound’s vision—filming locations are aplenty in Iceland! Even if you’re not a fan of the series, most of these places are still worth going too because every inch of Iceland is just too magical.