Ask the locals one dish you must try when visiting Lake Kawaguchiko and Mount Fuji and the chances are they’d tell you Hoto Noodles.

It is a regional dish that originated from Yamanashi prefecture and said to be widely popularised after the World War II. Essentially a noodle dish with vegetables and chicken or pork, Hoto Noodles is a comforting one-dish meal that has won the hearts of both young and old.

The unadulterated comfort of a piping hot bowl of Hoto Noodles will complete your experience in Laka Kawaguchiko, Japan. Here’s everything you need to know about the iconic dish.

WHAT IS HOTO NOODLES?

In a nutshell, Hoto Noodles is a stew of flat udon noodles and vegetables in a miso broth. Hoto is commonly referred to as udon, but it really isn’t udon if you were to study it strictly.

There is a belief that Hoto Noodles was created by the warlord Takeda Shingen, and that he would often eat this dish with his fellow samurais before going to battles.

However, it was also said that there was a shortage of rice crops; that was when wheat farming culture was introduced to the Yamanashi prefecture. Many variants of noodles soups were hence created in the neighbouring prefectures, including Hoto Noodles in Yamanashi prefecture itself.

Where Hoto Noodles are concerned, dough is kneaded with bare hands then cut into large pieces after it is stretched out to dry. No salt is added into the dough, but because of the high percentage of gluten, the noodles are generally harder in texture. 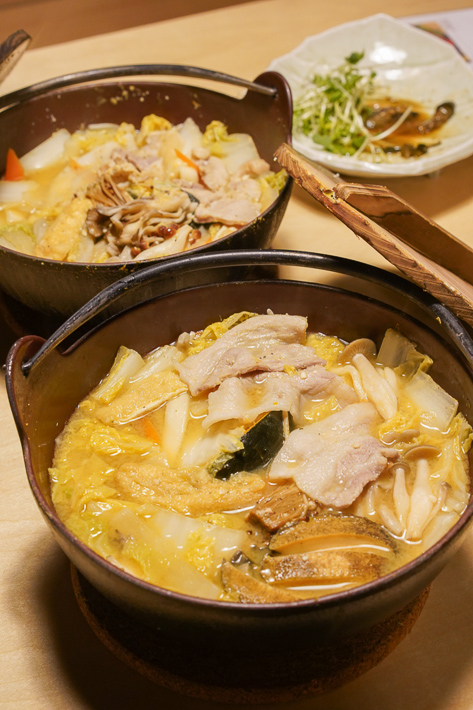 THE PREPARATION OF HOTO NOODLES

The noodles are then boiled raw together with other ingredients in the dashi soup base.

The vegetables used vary according to the season, but by and large, cabbage and root vegetables (especially pumpkins) are used. The simmering of these raw, starchy ingredients gives the stew a thick consistency, but also one that boasts a very sweet flavour. Mushrooms (mostly shimeiji) are sometimes added for another dimension of earthy flavours.

Chicken and/or pork slices can also be added, depending on the consumer’s preference. WHERE TO TRY HOTO NOODLES IN LAKE KAWAGUCHIKO

Hoto Noodles can be extremely filling. They are rich in vitamins and fibre because of the vegetables, but it is also high in starch. It is relatively inexpensive; the average price at Lake Kawaguchiko is ¥1,200 per serving.

One restaurant that serves up really good Hoto Noodles in an elegant setting is Funari, just a stone’s throw from Bell Shopping Centre in Lake Kawaguchiko. The menu is simple and inexpensive, and it came highly recommended to us by a local.

We are unable to forget that hearty bowl that came chock full with ingredients, and we would definitely return for more if we do find ourselves in Lake Kawaguchiko again.