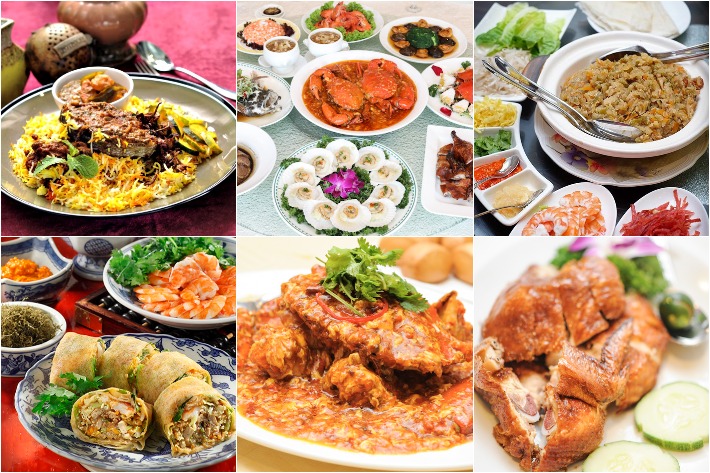 They say that old is gold and that cannot be any more true with restaurants such as Roland Seafood—the birthplace of chilli crab—, Guan Hoe Soon and Shashlik Restaurant in Singapore have distinguished themselves as some of the most iconic restaurants in the country.

They’ve withstood the test of time, some having been around for almost a century—which says a lot about their cooking—and some going down as legends in Singapore’s culinary history. For a blast to the oh-so-delicious past, here is our list of 14 heritage restaurants in Singapore you need to visit before they’re gone forever. 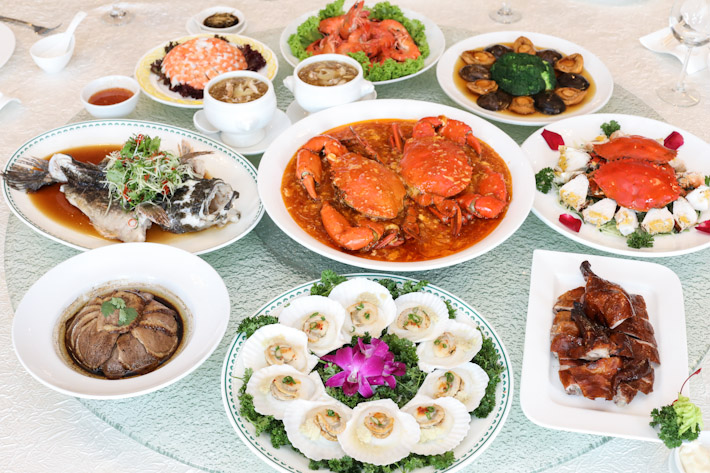 Since 1972, Ban Heng Group of Restaurants has become a veteran of the culinary industry boasting over fifty years of experience in traditional Teochew and Cantonese cuisine. Their food has always remained impeccable with their various crab dishes, roast meat dishes and the ever popular Braised Slice Goose Meat in Teochew Style being some of our top favourites. 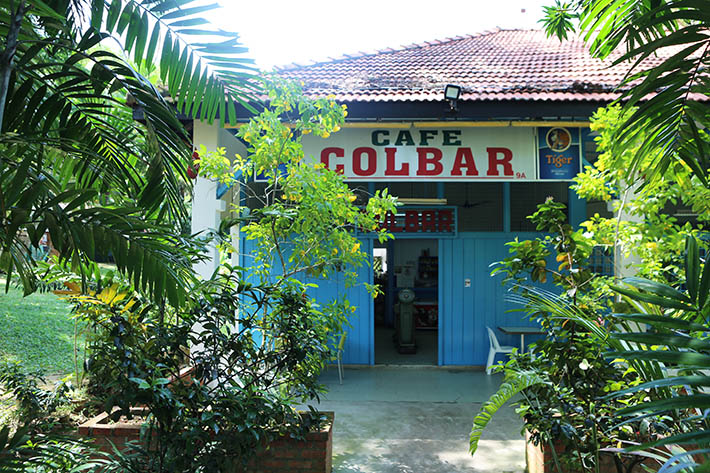 Offering a full-on menu of both Asian and Western fare, Colbar is one of the few gems in Singapore that we can safely say, has truly stood the test of time. Opened in 1953, the establishment formerly served as a canteen for the British army. It, therefore, gave rise to its name, Colbar, otherwise referred to as ‘Colonial Bar’. 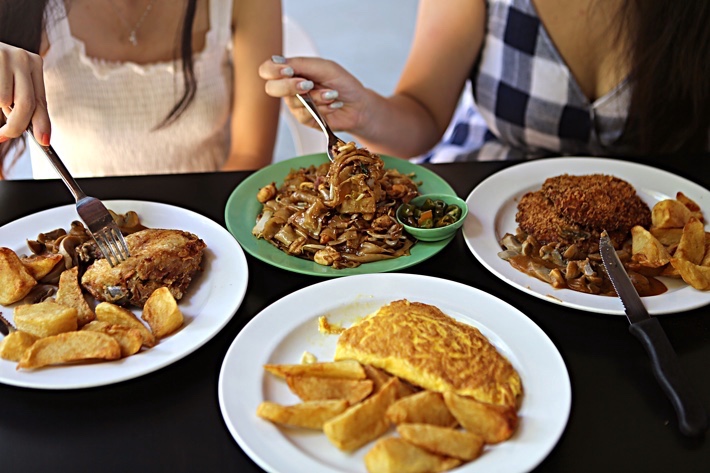 Granted that it’s a little out of the way, especially for those who do not drive, it is still a charming spot that’s worth the trip. It is a retreat from civilisation and it is also a great place to catch a glimpse of the old days over some good Western food and a wide array of imported craft beers. 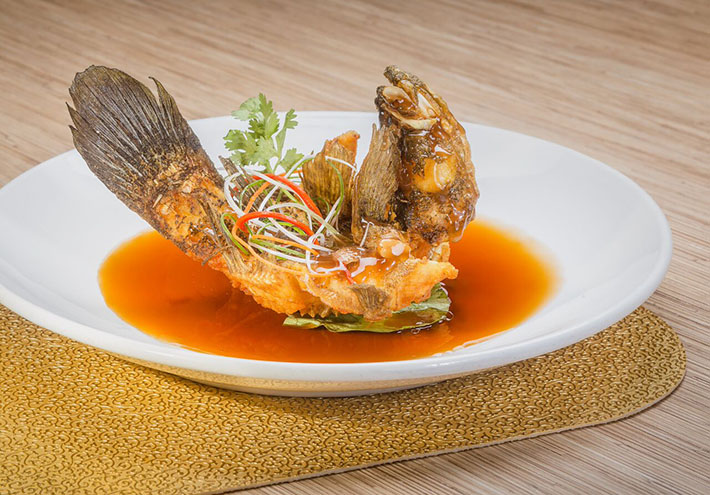 An icon in our culinary landscape and one that has contributed to the roaring success of Cantonese cuisine here in Singapore, Fatty Weng boasts more than 200 items to choose from hearty soups to substantial main dishes and while their offerings may look modern, they do well to preserve traditional cooking and preparation methods of old, ensuring that their food is kept one hundred per cent legit. 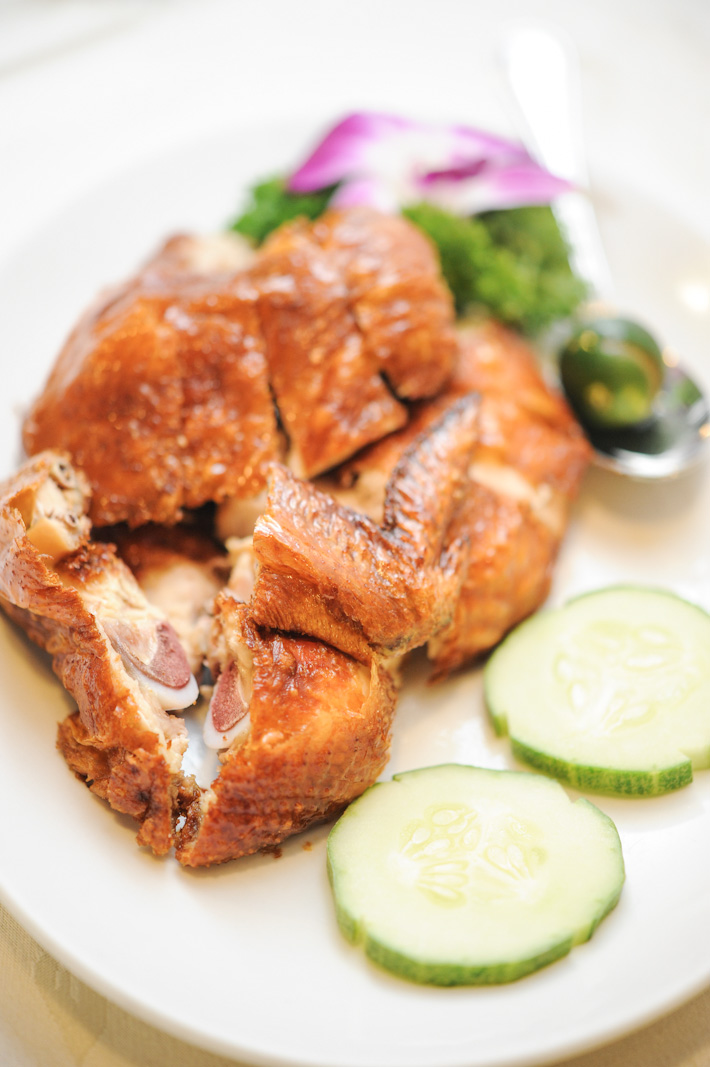 It is uncertain when exactly in the 1920s that Moi Lum was founded. Regardless, the restaurant is still going strong more than 80 years on. They recently announced their official closure come 15 March 2019, which shocked foodies all over.

They are most widely known for their signature Crispy Fried Chicken and Golden Coin Beancurd—both unmatched in its taste, texture and the culinary mastery required to prepare them. From sea-front stall to an icon that’s steeped deep into Singapore’s restaurant history, Roland Seafood boasts some of the best seafood dishes in the country and, lo and behold, is where the beloved chilli crab was first invented. Founded in 1977, Good Chance Popiah is the birthplace of DIY popiah and is by far, one of the best places to get your hands on one of the best in Singapore. We absolutely love their popiah but we also make it a point to order their Special Tofu and Braised Pork Trotter Beehoon—both are brilliantly done. 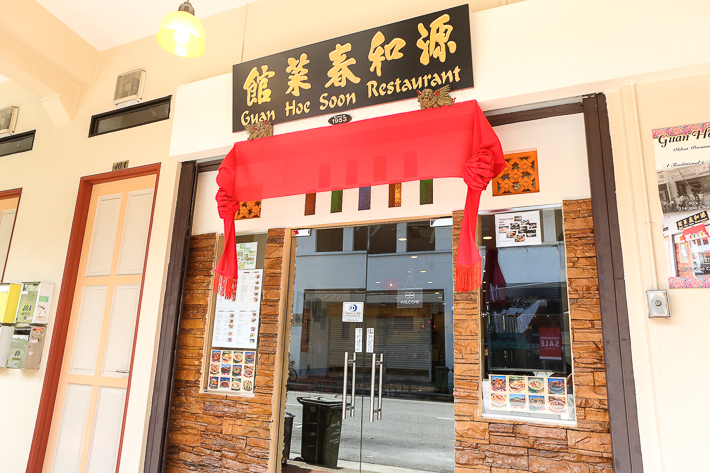 Guan Hoe Soon is one of the last few standing institutions of authentic Peranakan dining in the historically Peranakan neighbourhood of Joo Chiat. They have been operating there since 1953 and continues to pride itself on making everything from scratch in-house from their sauces, soups marinate and sambal chilli. 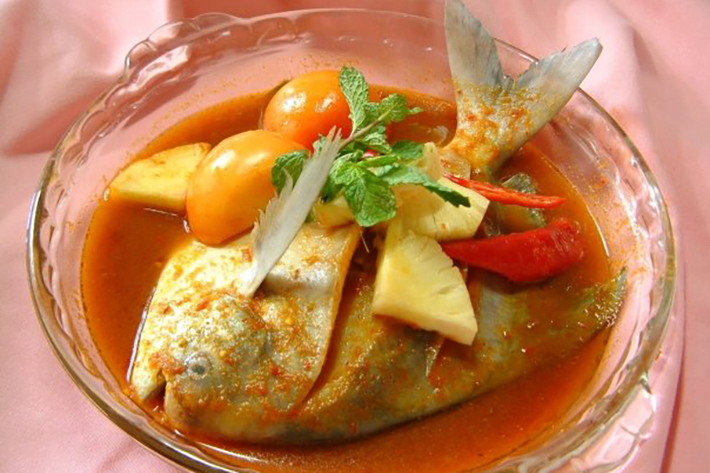 The menu includes standard Peranakan dishes such as ayam buah keluak and babi pong tay. And their achar (served as an appetiser) even comprises chicken livers and gizzards—a long lost practice that only those of true Peranakan descent will know. 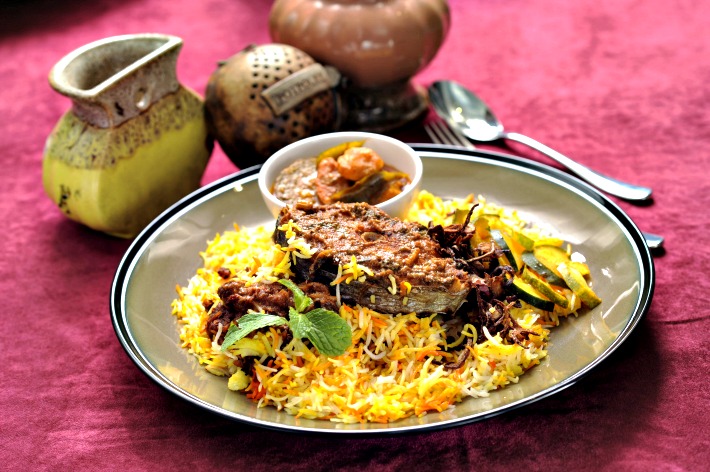 Fast approaching a century of operations, Islamic Restaurant has served the likes of dignitaries such as Singapore’s late President Yusof Ishak and Malaysia’s ex-Prime Minister Najib Razak. Until today, the restaurant specialises in Malay and Indian food offering lip-smacking delights such as dum biryani and tandoori chicken. 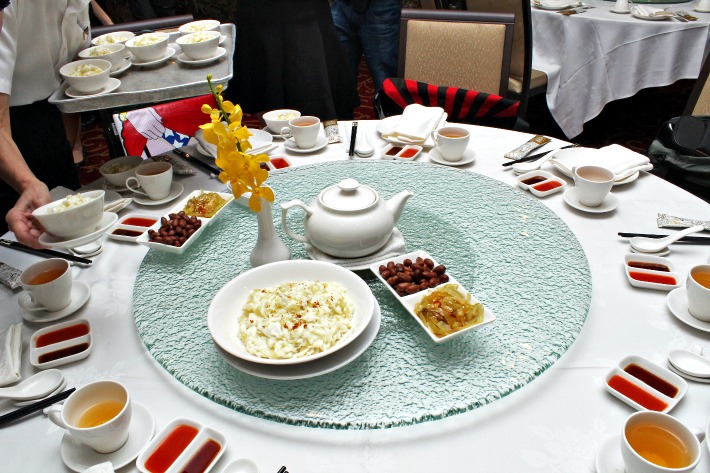 Established in 1977, the revolving restaurant is widely lauded for its signature Emperor’s Chicken, Shredded Scallops with Fish & White Egg and various dim sum offerings. The food standard has been kept consistently good all these years yet the food itself isn’t the restaurant’s only draw. As it’s name suggests, it revolves, giving diners a beautiful panoramic view of the Keppel Bay area. 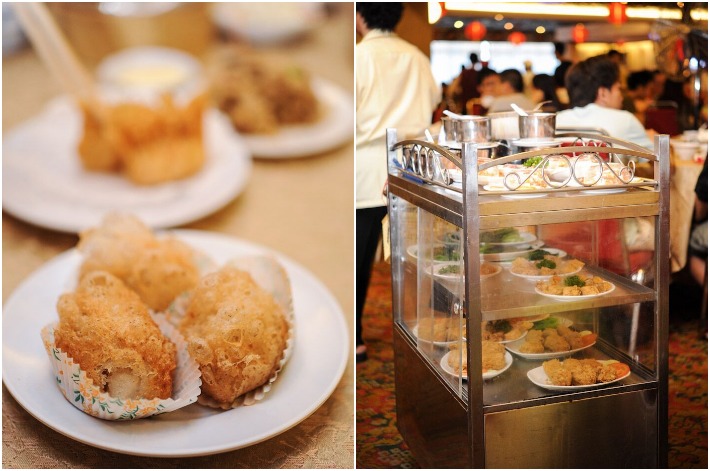 Standing tall as one of Singapore’s last bastions of authentic traditional dim sum, Red Star restaurant is a must-visit for dim sum fanatics. Dining here is truly as real as it can get to the old days, food carts loaded with steaming hot goodness and screaming old ladies included. 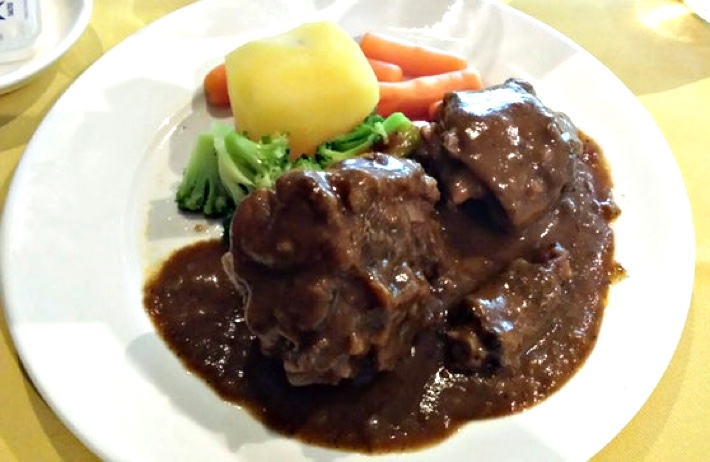 The story of the Hainanese-run Russian steakhouse, Shashlik, goes all the way back to the 1960s and news of their closure back in 2015 shocked the nation. Thankfully, they re-opened under a younger generation of owners who seek to keep the old world charm intact. Must-try dishes include their Eggs Millionaire—a dish of chopped eggs, bacon bits and parmesan gratin—, Shashlik of Beef, Borshch Soup and Baked Alaska. 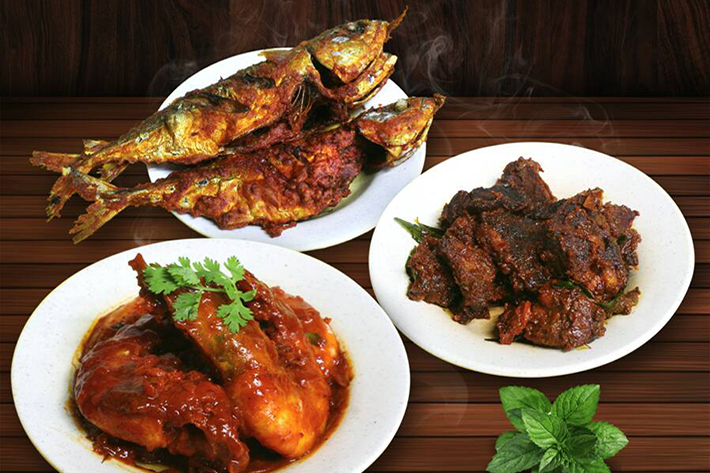 Renowned for their chicken, mutton and sardine murtabak, Singapore Zam Zam first started selling its famed Indian-Muslim cuisine back in 1908. This landmark eatery situated right across the Sultan Mosque also serves roti prata, nasi briyani and plenty of other dishes. 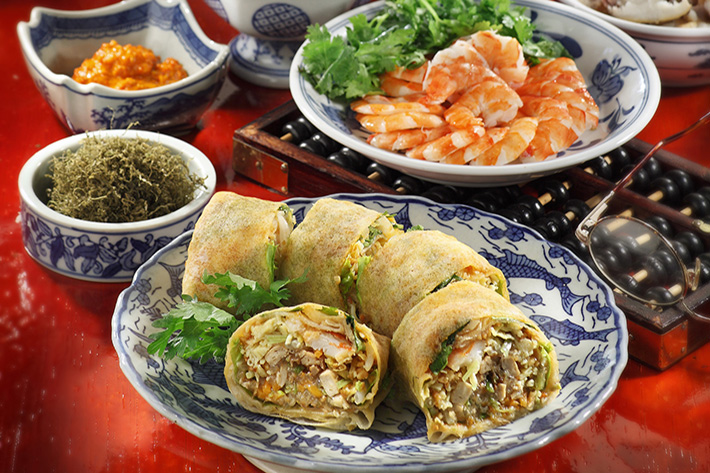 Crowned Singapore’s oldest family-run restaurant, Spring Court is where lovers of fine Cantonese cuisine flock to. For those who don’t know, perhaps you’ll be fascinated to know that it was these folks who first introduced what has now become popular Chinese dishes such as suckling pig and popiah. 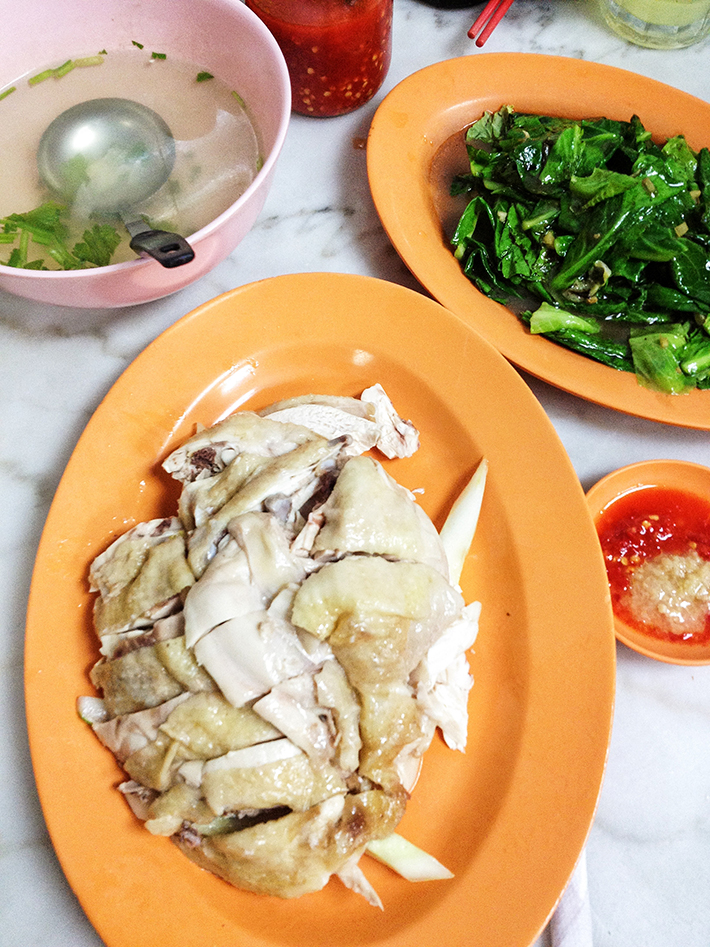 Having been around for over 70 years now, Yet Con Restaurant remains one of Singapore’s last bastions for authentic Hainanese food. Their signature Hainanese chicken rice is a must and they even have an option for hot pot—worth trying if your group is fairly big.