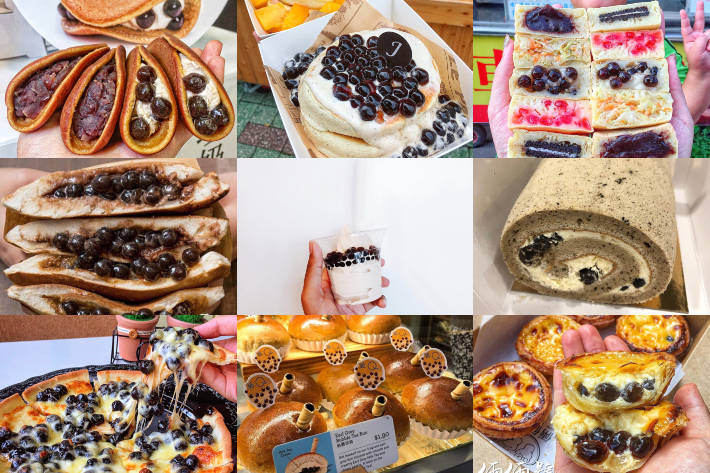 So there’s a running joke that Asians have bubble tea running through their veins than blood, and there’s no denying that we do absolutely love our bubble tea.

From regular milk tea to cheese tea to fruit tea, with a variety of pearls, we love them all, and yet we still can’t seem to get enough, if it wasn’t already evident enough from the magnitude of bubble tea shops popping up all over the place.

Here some people have gone the extra mile to plate up bubble tea in ways we’ve never considered before. Genius or insane? We find out. For slightly more, you can also get a Chocolate Malt Bubble Tea Toast. Kind of a cross between Horlicks and Milo in the form of a Nutella spread, it oozes nothing but sweet decadence with a pop of surprise in each bite. 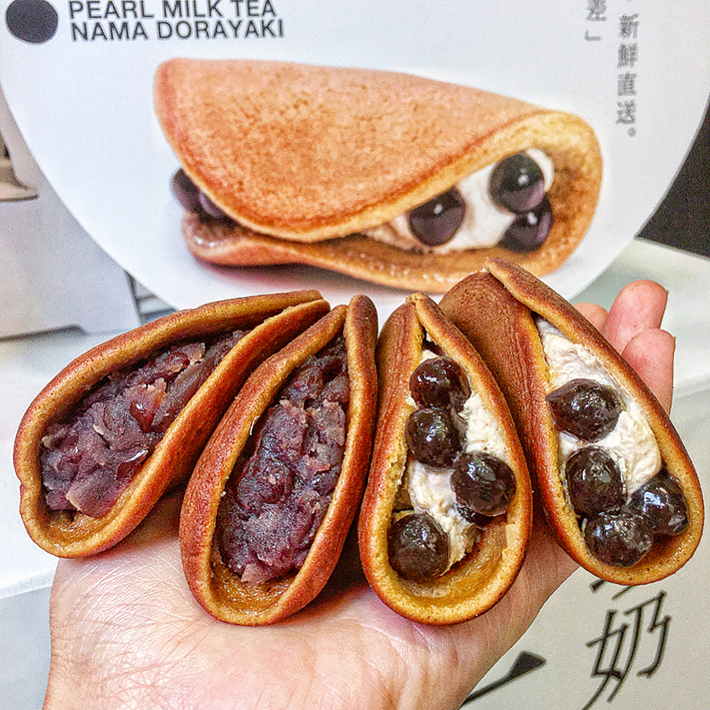 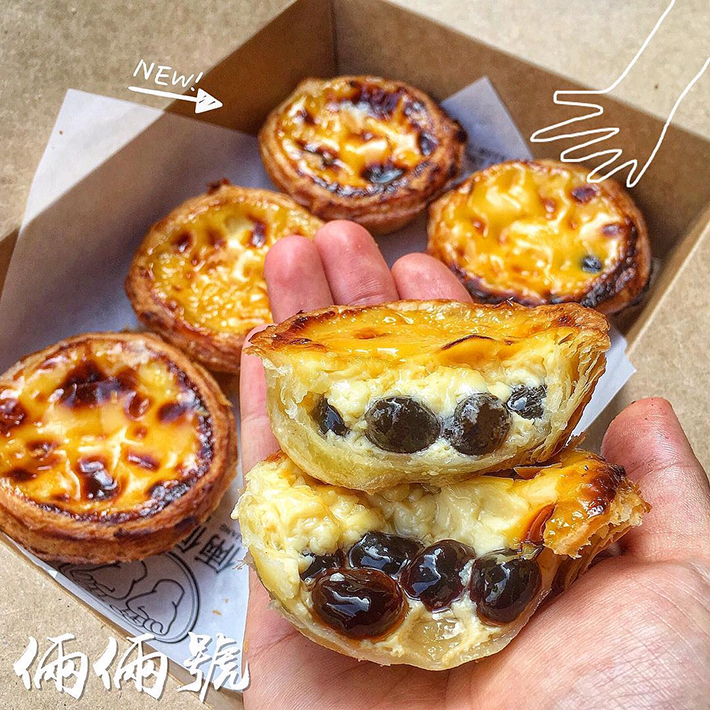 We’ve had chocolate egg tarts, passion fruit egg tarts, so why not bubble tea egg tarts? We don’t just mean tossing a spoonful of tapioca on top of a regular Portuguese egg tart though. Found inside a train station at Liang Liang Hao, they serve up hot pockets of eggy goodness with tapiocas almost all but melting into the egg mixture. Combine a Japanese’s fluffy souffle-style pancake with tapioca pearls and you’ll get a dish that looks like someone plucked it straight out of your mid-day office daydreams. Described as a lovely mesh of milk tea-infused cream with black sugar pearls atop the fluffiest, airiest pancake ever that even guys would enjoy as it’s not overly sweet. 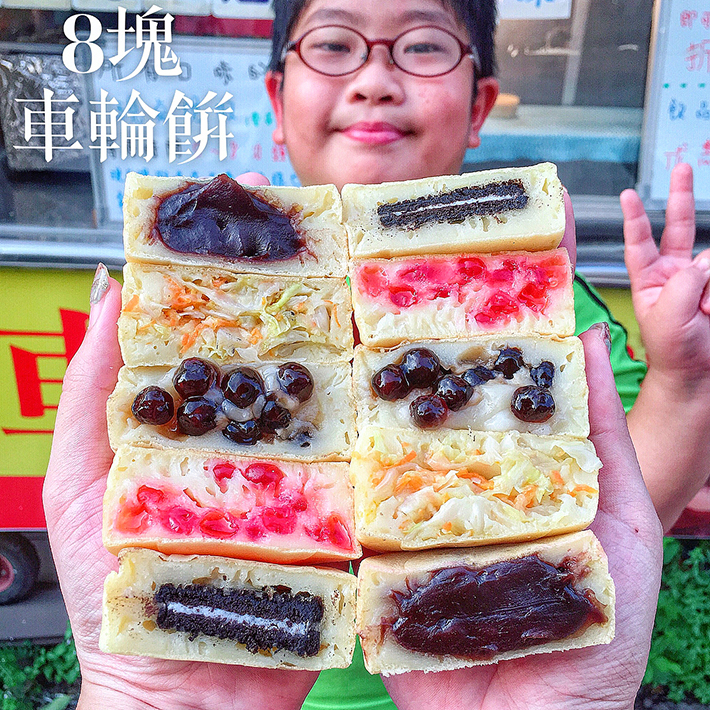 Before you question why pancake appears twice (maybe thrice, if you consider Dorayaki one too), there are so many different types of pancakes served with tapioca we couldn’t help but give them their own individual spotlight.

Regardless of whether you think pineapple belongs on pizza, this might be enough to spark a new debate. While the idea of chewy black sugar balls in a bed of melted cheese and crust might seem sacrilegious since dessert pizzas are already a thing, what’s there to lose with tapioca on pizza? 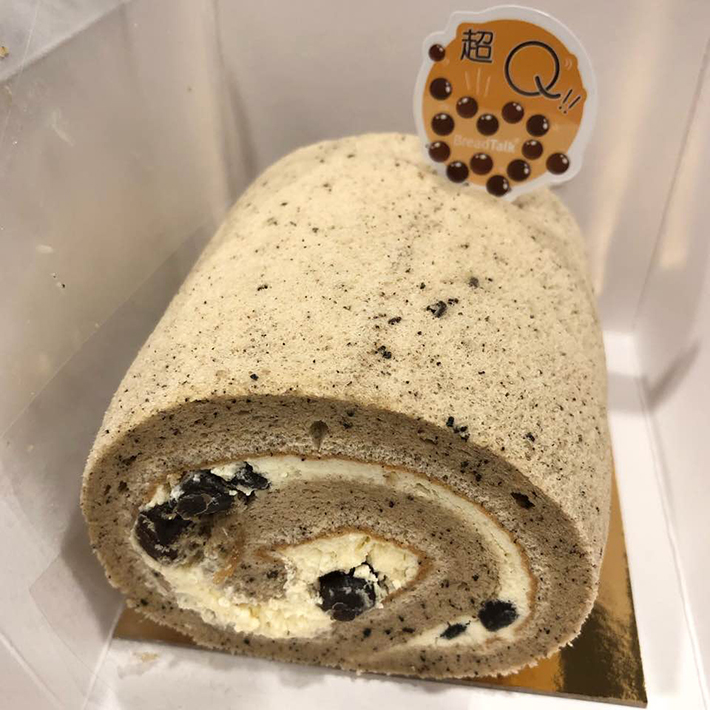 Another creation by our very own Breadtalk is their Earl Grey Bubble Tea Roll to wrap up their Taste of Taiwan release. The same earl grey tea-infused cream and tapioca are wrapped within a light and airy Swiss sponge cake with little flecks of tea leaves added to the mix. It’s sure to make everyone say “wow” when you bring it to the table. You’ve probably also already heard by now that TP Tea sells their signature soft serve with tapioca as toppings. You can expect a satisfying creamy bite of milk tea in the form of ice cream that contrasts perfectly with the thick chewy tapioca pearls. 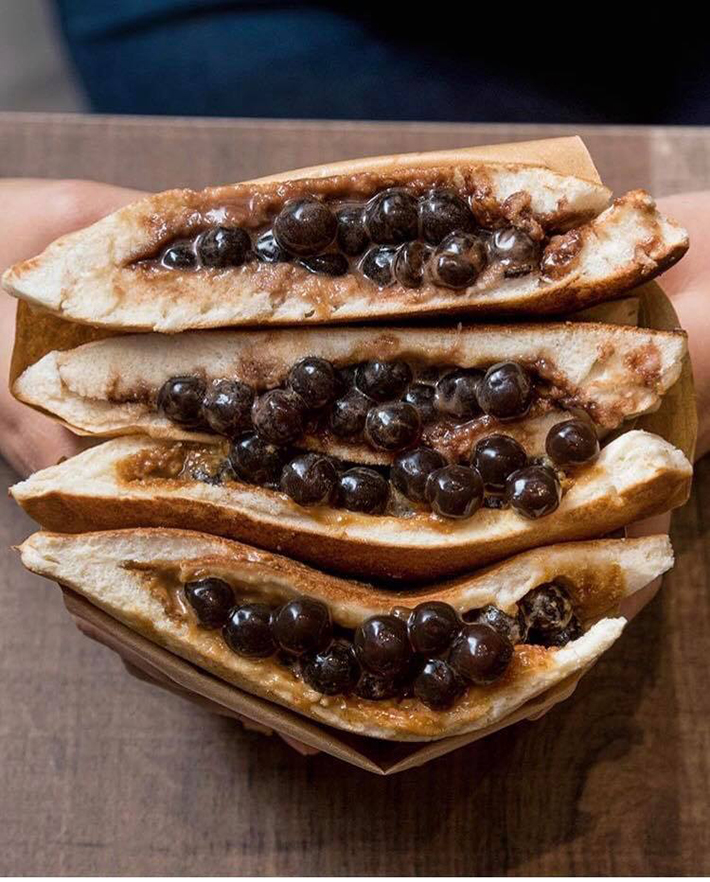 Picture two slices of crispy bread with chewy tapioca pearls stuffed in the middle, drizzled in a sauce of your choice. Sounds crazy? You’ll be surprised to know that some people love it.