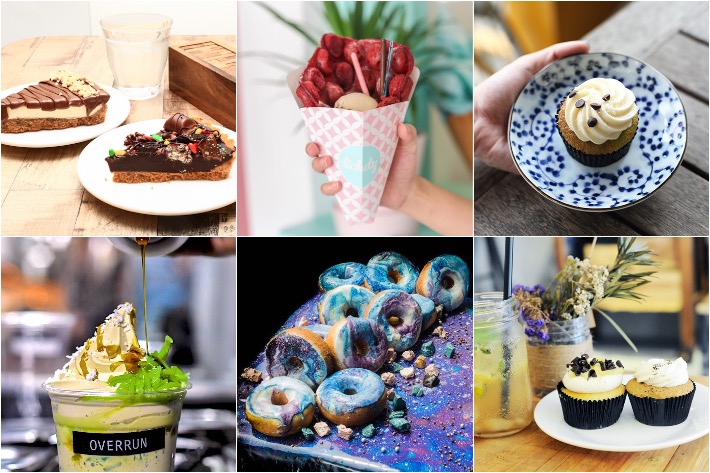 Dessert is a universal language that everyone speaks. With dessert, there is no discrimination, no boundaries and completely zero biases. Every culture and cuisine has their own take on dessert—afterall, who can resist whenever the sweet tooth comes knockin’?

As most desserts make use of ingredients such as eggs, lard and gelatine, finding a dessert joint to match your diet restriction might not be easy—especially for our Muslim friends. To make life easier, here’s a list of 8 Muslim-Friendly Dessert Joints in Singapore. Butter Studio takes pride in offering homestyle bakes that are made from the finest ingredients they can get their hands on. The homey cafe crafts up interesting creations such as Salted Gula Melaka Cupcake and Milo Speculoos Fudge Cupcake. Do visit them from time to time for seasonal flavours. Chulop boosts a selection of churros and cakes to satisfy any palate that makes all the calories worth it.  Despite being all the way in the east and not having any seating available, Chulop makes the trip count with consistently good, hot and fluffy churros dusted with cinnamon powder and sugar. Do look out for their seasonal flavours announced on their Facebook 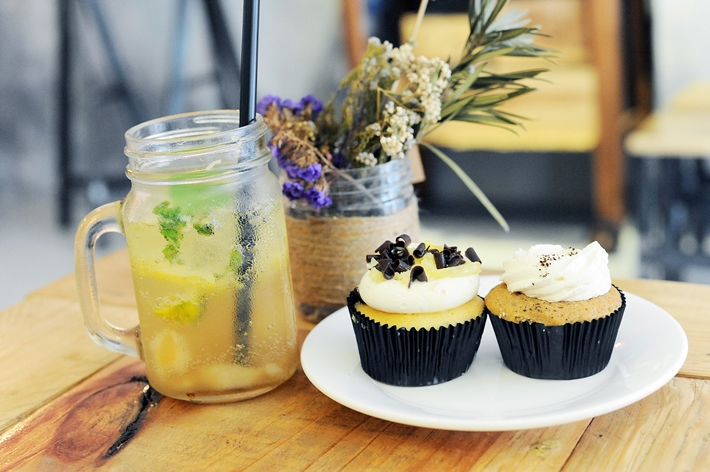 Fluff Bakery offers artisanal treats with the menu changing every week, meaning there’s never a shortage of delicious flavour combinations to appease your palate. Should making your way down be too inconvenient, not to worry, they have an online shop too. 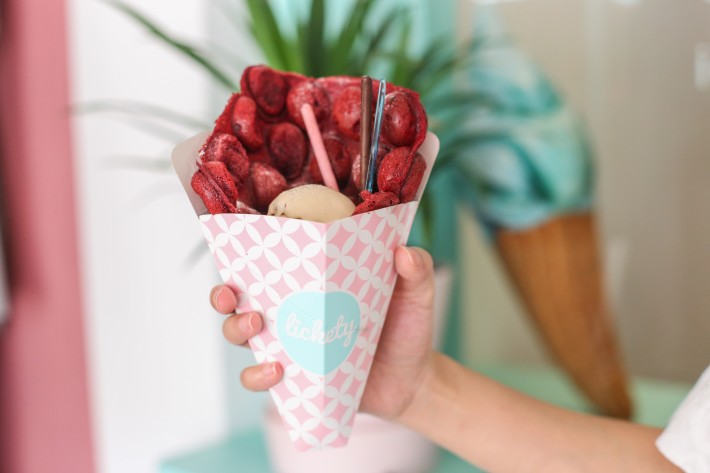 While it’s not much like the ones in Hong Kong apart from appearance, the egg waffles served at Lickety Ice Cream & Waffles won’t leave you missing anything. The dense buttery waffle comes in red velvet or buttermilk with the option to pair each waffle with one to three scoops of ice cream with unique flavours. 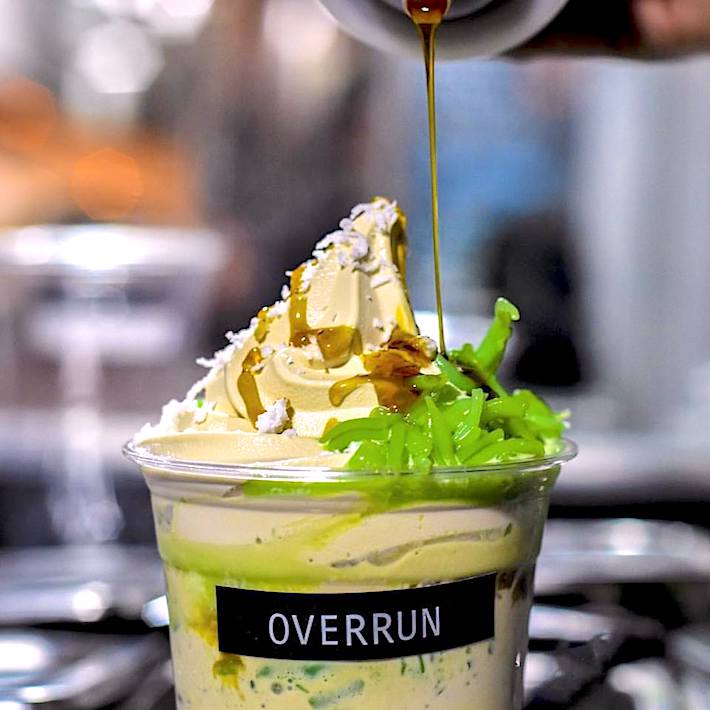 Serving up classics with a twist, Overrun SG is known for their amazing Chendol Soft Serve. With crunchy coconut shavings and chewy jelly in every bite on top of a giant cup of light and smooth soft serve, it makes for the perfect sharing dessert between two friends. Started from a humble home kitchen bakery service, Shubby Sweets has since evolved to have their own shop to sell their artisanal brownies and bakes. Available for both takeaway and online orders, choose from their selection of delectable cheesecakes, brownies and choux pastries. 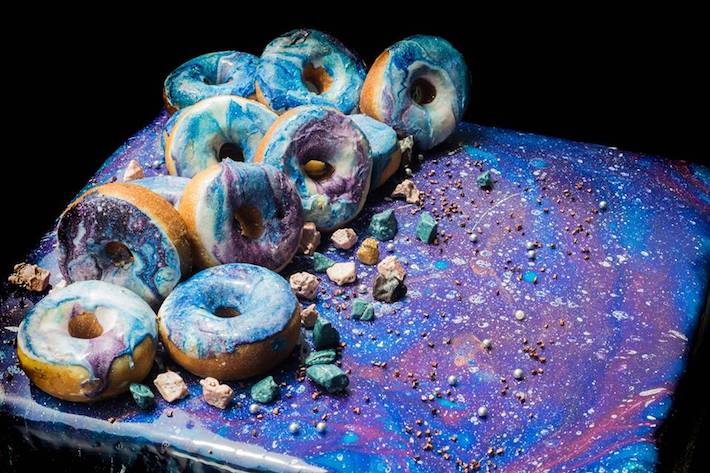 Sinseh: The Grocery is known for their colourful eye candy, their buttermilk waffles adorned with fruity pebbles is a little dense with crispy edges while wafting that tempting buttery fragrance. If you’d fancy a donut instead, try their Galaxy Donuts to taste the milky way. 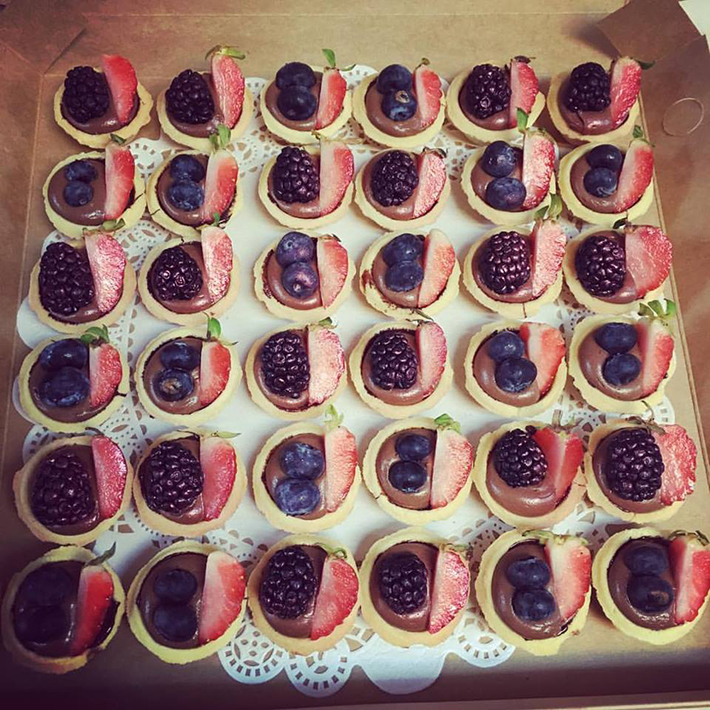 Though they’re more popular for their Paninis, they’re called Sweet Tooth Addictions for a reason. It’s the perfect late night dessert joint to go to for their dessert jars, overnight oats and cheesecakes. Do keep an eye out on their Instagram to grab their specials before they’re sold out.

Read: The ultimate guide to Halal & Muslim-owned cafes in Singapore.