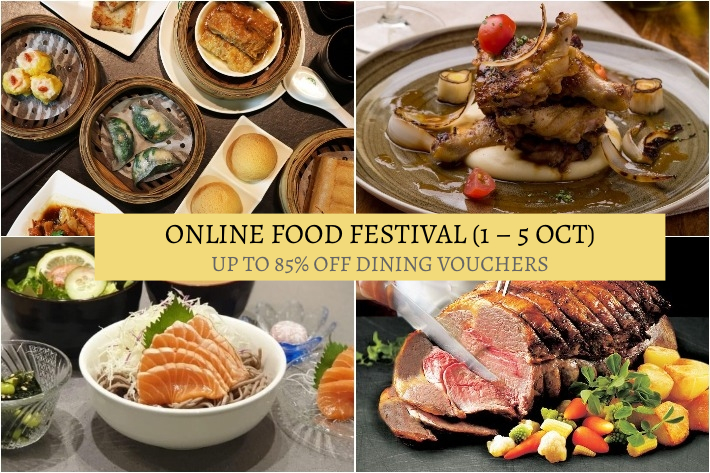 If like us, you are constantly on the lookout for the best dining deals out, we’ve got good news for you. Whether the meal is for a date, a family celebration or a session to catch up with your pals, having a discount is always good. Dine like a royalty without having your wallet take a beating, right?

Mark your calendars as Chope Deals will be launching an Online Food Festival, with over 100 deals up for grabs. Leading up to their Mega Sale Day on 5th October, Chope Deals will first be having a pre-sale from 1 to 4 October, featuring various themes every day where you can purchase set menus and cash vouchers to dine at your favourite restaurants with up to 65% off the usual prices. Expect vouchers from hot favourites including one Michelin-starred Tim Ho Wan, Standing Sushi Bar, Coleman’s Cafe and more.

Set your alarms for Chope will be releasing 3 the deals each at 12pm, 3pm and 6pm. Here are some of the deals that you can look forward to during this pre-sale period! 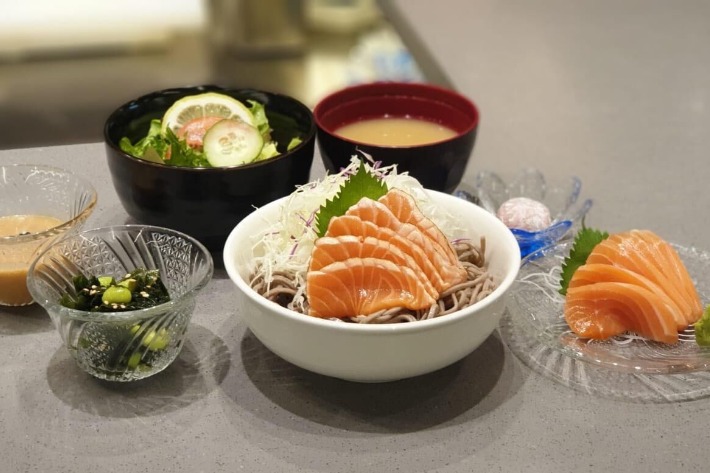 Starting the Online Food Festival on the right note, day one of the presale will offer a variety of vouchers where you can grab deals at Asian restaurants for no more than S$15 nett. This includes restaurants such as Kam’s Roast, Chengdu Restaurant, Bao Makers and Maru Japanese Restaurant.

Have a hankering for Japanese fare? Make sure to grab the voucher for Standing Sushi Bar at Marina One; the Salmon Soba Salad Set is just at $15 nett (U.P. S$27.08).

Think soba noodles alongside torched salmon sashimi, 5 pieces of salmon sashimi and a side of cabbage salad drizzled with sesame-onion dressing, all for almost 50% off its original price! 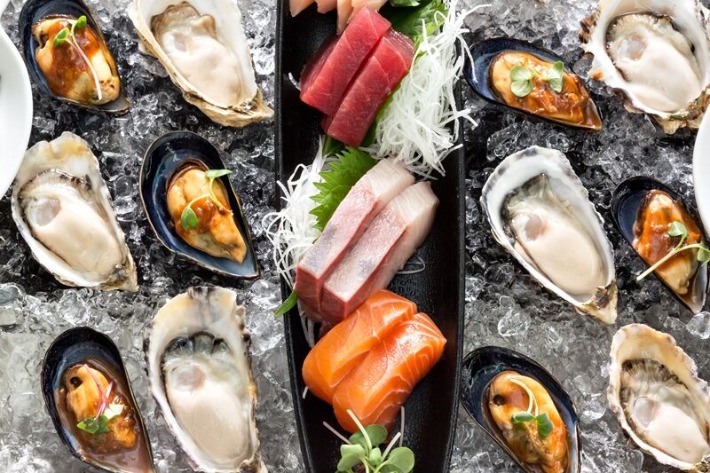 On days when you are feeling extra famished, craving some decadent fare but at the same time, unwilling to splurge, there are few options that will please you.

Now, this is when you should seize the opportunity and grab Chope’s vouchers on day 2 of their Online Food Festival. Buffet spreads in Singapore often come attached with a hefty price tag but Chope is offering deals that will grant you up to 65% in savings.

Grab a voucher for a Weekend International Buffet Extravaganza for lunch at just S$21 (U.P. S$68.26) at Coleman’s Cafe, which gives you an overall saving of 70%. Whether you are craving fresh seafood on ice, a tantalizing array of sushi or some luxurious Boston seafood chowder, Coleman’s Cafe will allow you to indulge in a sumptuous feast of international and local fare. 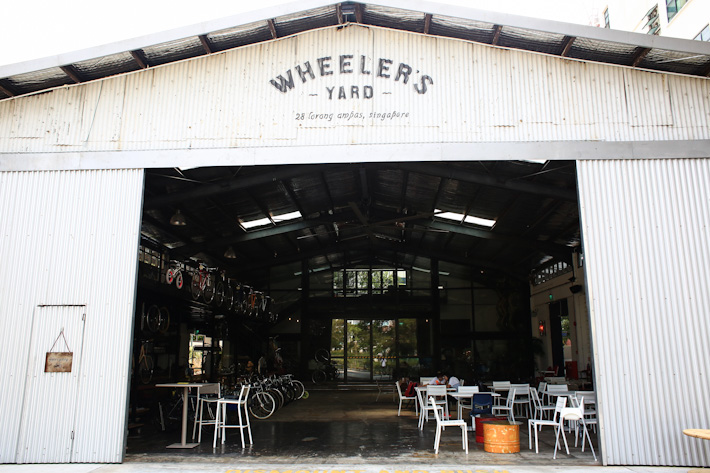 On the third day of this amazing presale, treat yourself and your date to contemporary nosh at one of the many utterly Instagrammable cafes in Singapore.

Of which, the S$15 nett (U.P. S$35.20) 3 Course Set Menu at Wheeler’s Yard—a cafe housed in an industrial warehouse where vintage meets modern—is set to impress not only with its huge discount but also their delectable food.

Other participating cafes include HRVST Restaurant and Bar, Sunday Folks, The Otter’s Toast and The Coffee Academics. 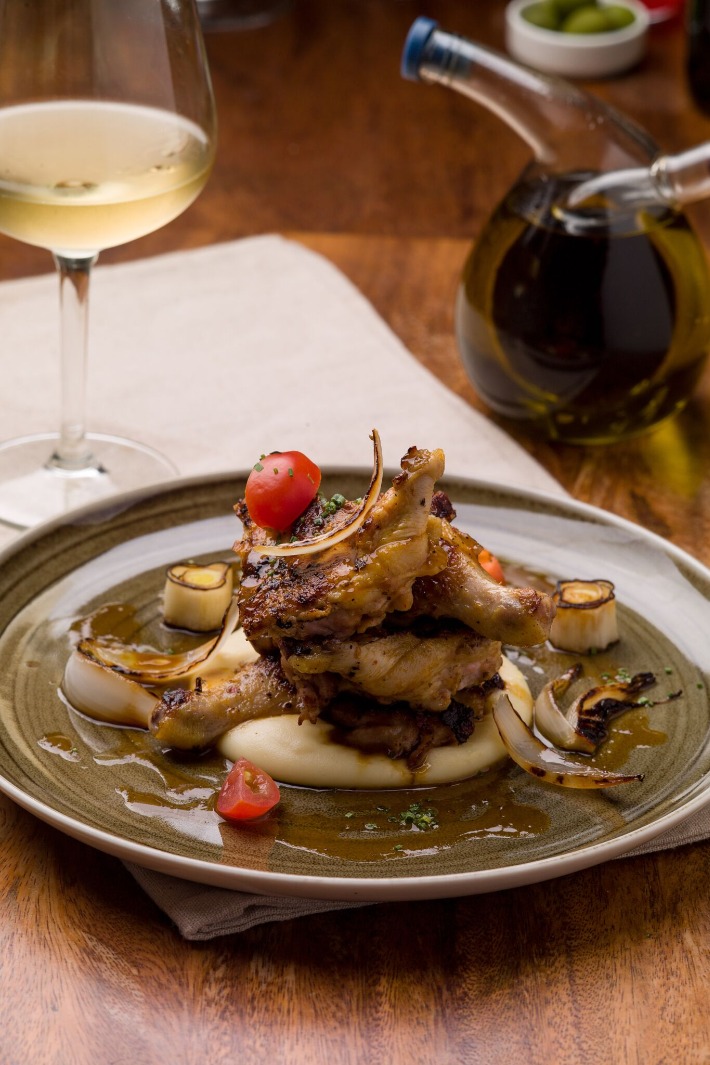 You know that you are in for the real deal and the ultimate bang for your buck when dining at a semi-fine dining restaurant will cost you a damage of just S$15.

For those who absolutely love Mod-Sin grub—essentially local food with modern interpretations—look forward to snitching up a S$15 nett deal (U.P. S$22) over at Wine & Chef, a family-owned restaurant at Keong Saik Road.

With its kitchen helmed by an executive chef who has previously worked at a 2-star Michelin restaurant, be prepared to bring your taste buds on a gastronomic journey.

Diners get to choose between 3 options for their starter, main and dessert. Considering that the usual price of their starters already cost around S$10, we reckon that this is a deal you mustn’t miss out on so do look out for this deal on 4th October! 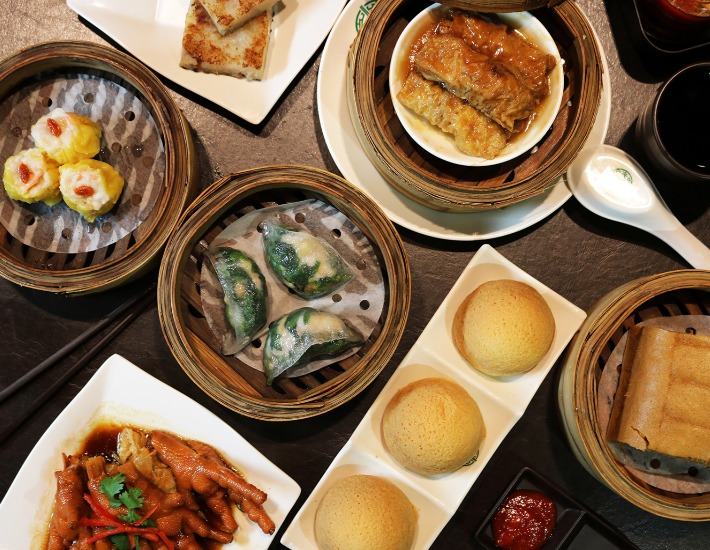 Come midnight on 05 October, Chope Deals’ One-Day Mega flash sale will begin and this is when you can expect over 100 dining deals from an unbelievable line-up of F&B merchants.

Want to get a sneak peek of Chope Deals’ biggest sale of the year?

Merchants such as one Michelin-starred Tim Ho Wan and Tsuta will be part of this insane flash sale and this is when you should seize the chance to grab their vouchers at S$5 and S$10 deals during the timed sale at 10am and 5pm. In other words, you will get to enjoy favourites such as the well-loved BBQ pork buns, Spicy and Sour Dumplings and the Vermicelli Roll with Shrimp all at insanely discounted prices.

Stay tuned to find out more information for the mega flash sale on 05 October 2018!