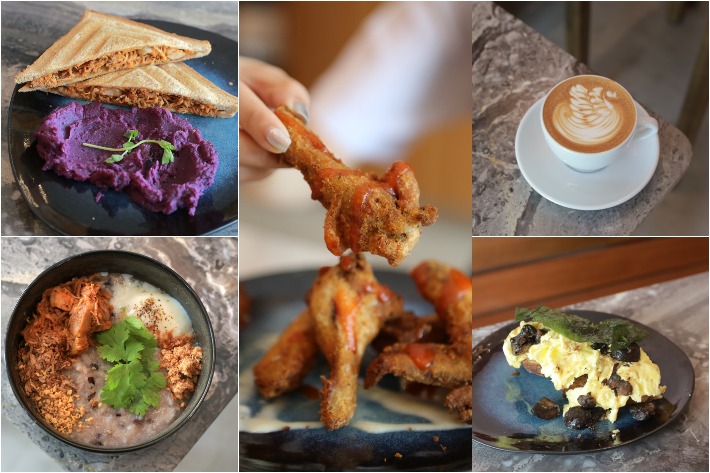 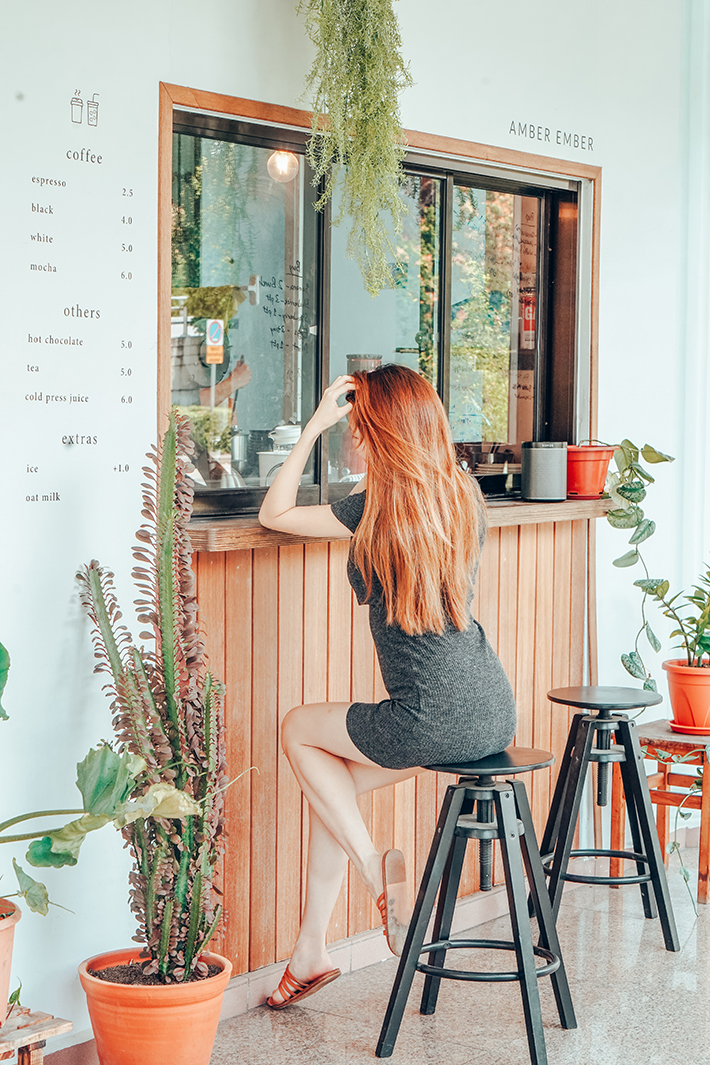 Exuding a simple yet charming vibe, the interior is decked out in marble and wooden furnishings that are neatly decorated with potted plants and paintings, making it a nice place to retreat to and a great place for photos too.

Here, they sell a variety of brunch-style fare such as jaffles (a type of toastie that bears no similarity to a waffle), scrambled eggs on toast and coffee, but with an added twist that differs slightly to your average cafe food. 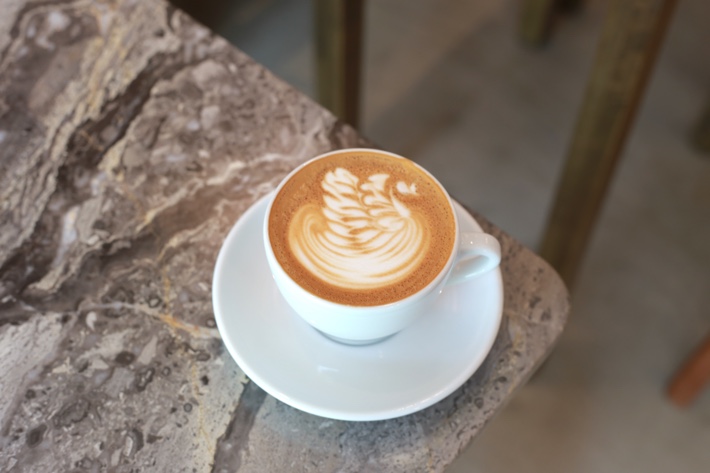 Starting our cafe trip off on a proper note, we ordered ourselves the White (S$5)—which is essentially a flat white. Amber Ember uses coffee beans from Cata coffee, which are freshly roasted daily and pack a robust, chocolatey note that is both incredibly aromatic and well-balanced. 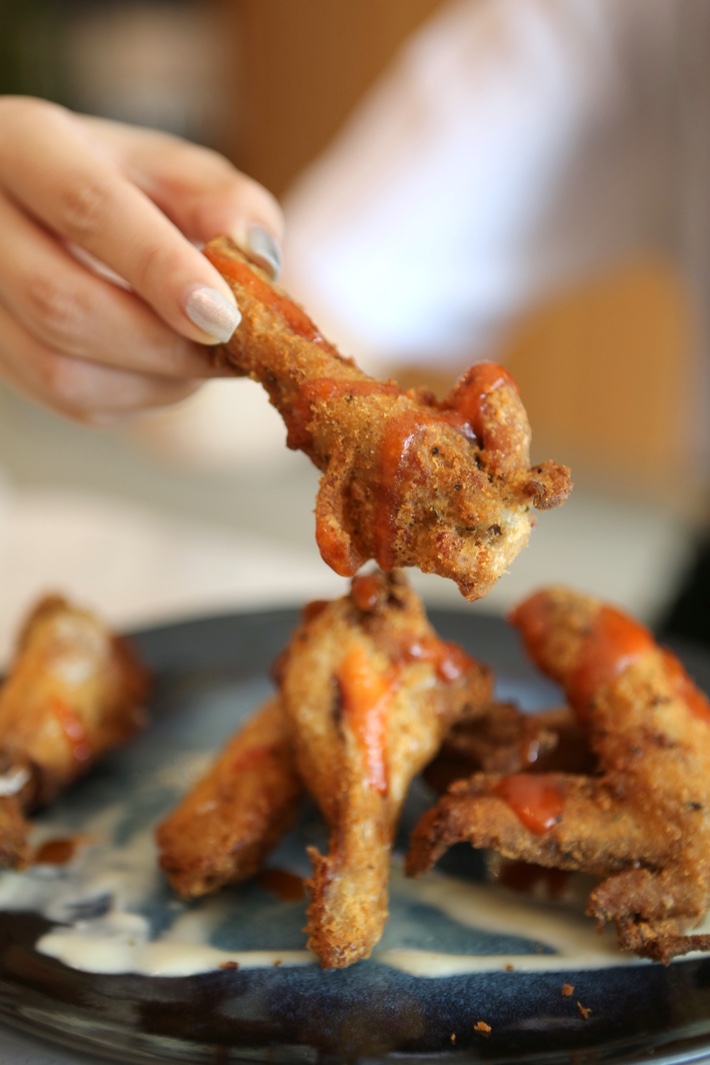 Having heard so much about their fried chicken, we decided to order up the Amber’s Fried Chicken (AFC) (S$10). The chicken was decently crispy, however, the meat lacked a certain succulence to it and the drums were not as meaty as we would’ve liked. The saving grace, however, was their house-made blue cheese sauce and sriracha. 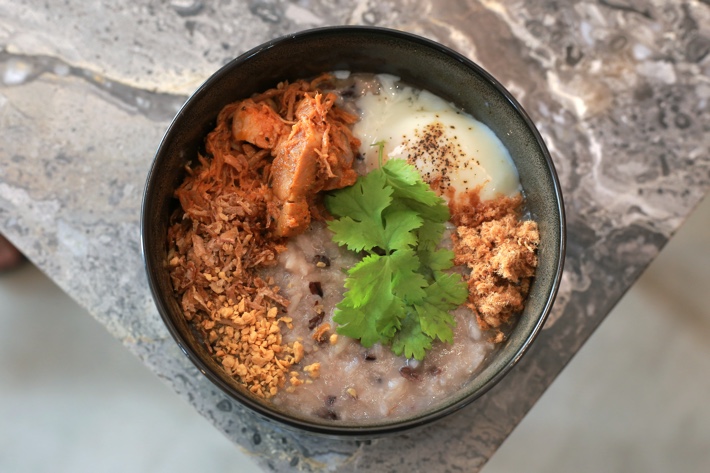 We also tried their Asian ‘Risotto’ (S$10), which was pretty much a fancy bowl of Chinese porridge that had been embellished with a variety of ingredients. We really enjoyed this dish and found it really comforting and satisfying.

The risotto had bits of braised pulled pork, fried shallots, garlic and a runny egg. We were a tad bit disappointed with the runny egg, which did not turn out as runny as described on the menu. 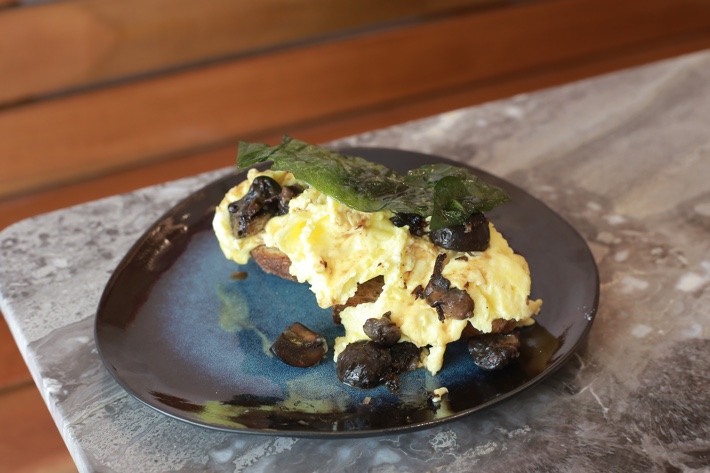 When we heard that they had a dish called Fu Yong Eggs (S$11), we were expecting a  modern rendition of the popular zi char dish. However, to our surprise, it was simply scrambled eggs and sauteéd mushrooms on a piece of sourdough. 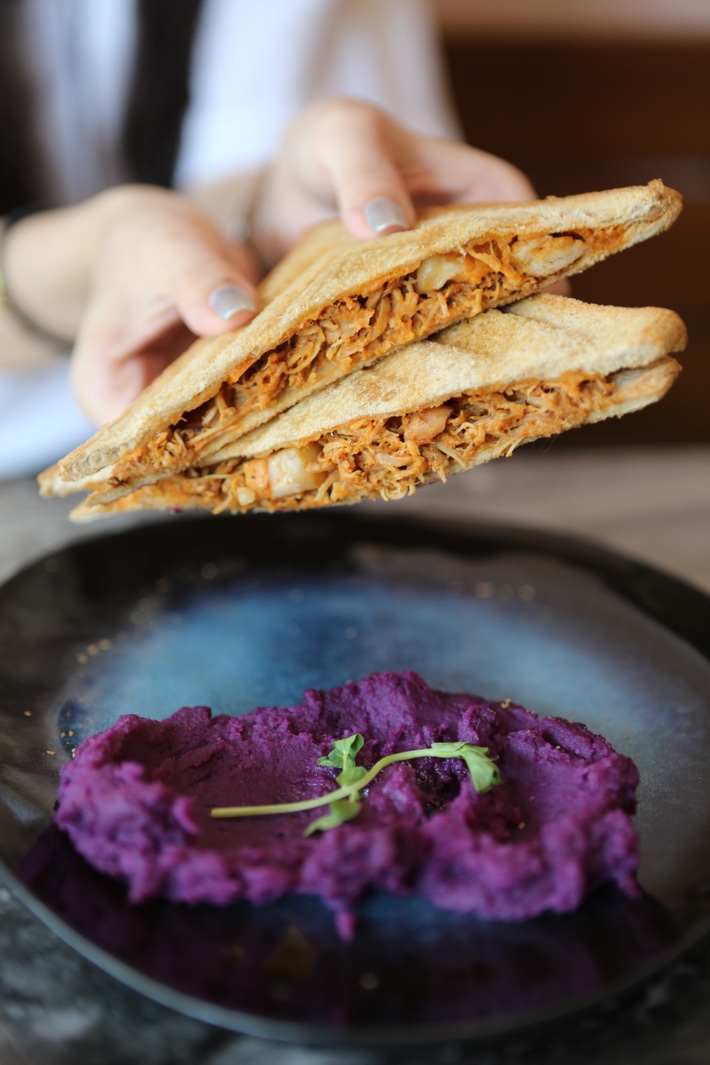 Finally, we had the main thing that we came here for—Jaffles!

Out of the many options they had, we opted for their K-Pork Jaffles (S$10). The pork in the jaffles was slightly tangy due to the gochujang sauce used, but what surprised us was the purple sweet potato mash that came with it that was both sweet and deliciously creamy.