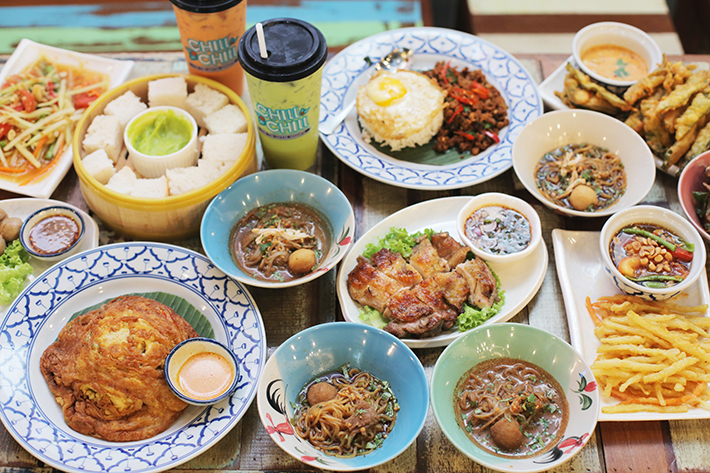 The Original Boat Noodle at Changi City Point is a new restaurant everyone needs to know about.

As with most Thai dishes, their food features a punchy marriage of herbs, spices and aromatics, as well as the iconic 4 tastes—sweet, salty, spicy and sour—resulting in a plethora of dishes encompassing complex flavours reminiscent of the hearty street foods of Bangkok.

Starting out humbly along the back alleys of Bangkok, the restaurant, as well as its menu, has grown exponentially since its first outlet opened in Malaysia in 2014 and with it, fuelled many people’s interest toward the dish as well as Thai street fare in general.

Their boat noodle selection is limited to two classic flavours but, make no mistake that by the end of your meal, you’ll probably be shocked by the number of bowls you have towering over your table. 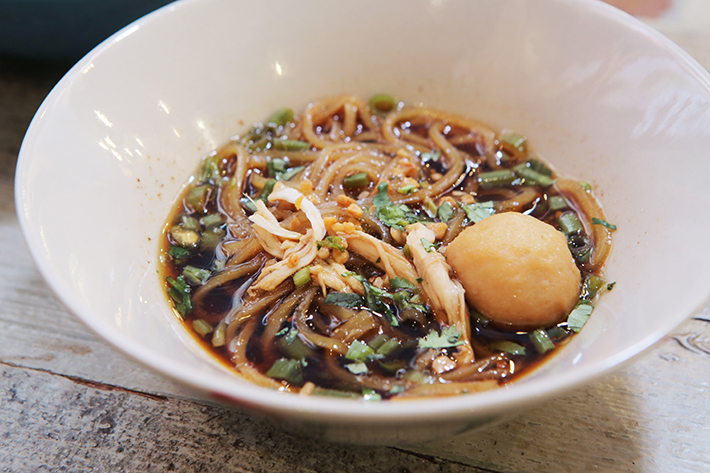 Like most Thai soups, the stock is a complex harmony of herbs, spices and aromatics, resulting in a sweet and sometimes tangy broth full of varying flavour profiles. Over at The Original Boat Noodle, they specialise in two variations of the iconic Thai snack—Pathumthani and Ayutthaya.

Pathumthani (S$1.20 per bowl) uses dark soy sauce as the foundation of its flavour with the addition of herbs and aromatics to give it a warm, assertive kick. Sourish with a good amount of heat, spice lovers should opt for this rendition. 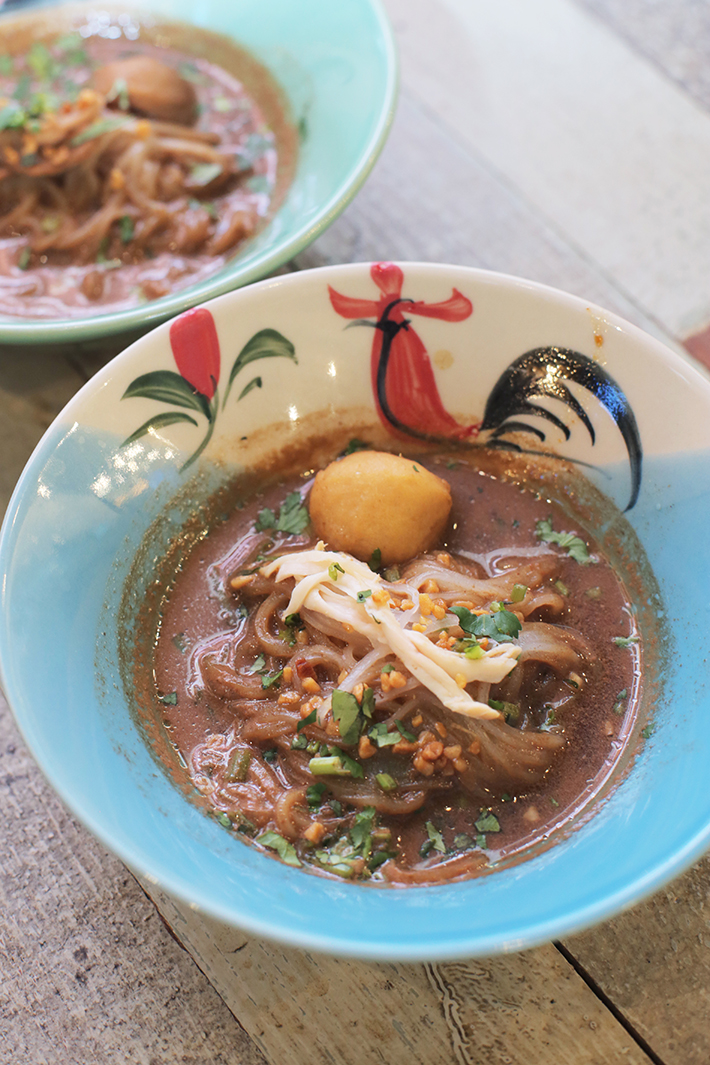 Ayutthaya (S$1.20), on the other hand, boasts a creamier, richer broth that is mildly spicy with aromatic notes from warm spices such as cinnamon, ginger, and star anise. We liked that it possesses a much fuller body as compared to the former but if we had to decide on a winner, it would no doubt be its tangier counterpart.

Chicken or beef can be had with either choice but you probably wouldn’t need to choose given how small each portion is—because you’ll probably be ordering them all. 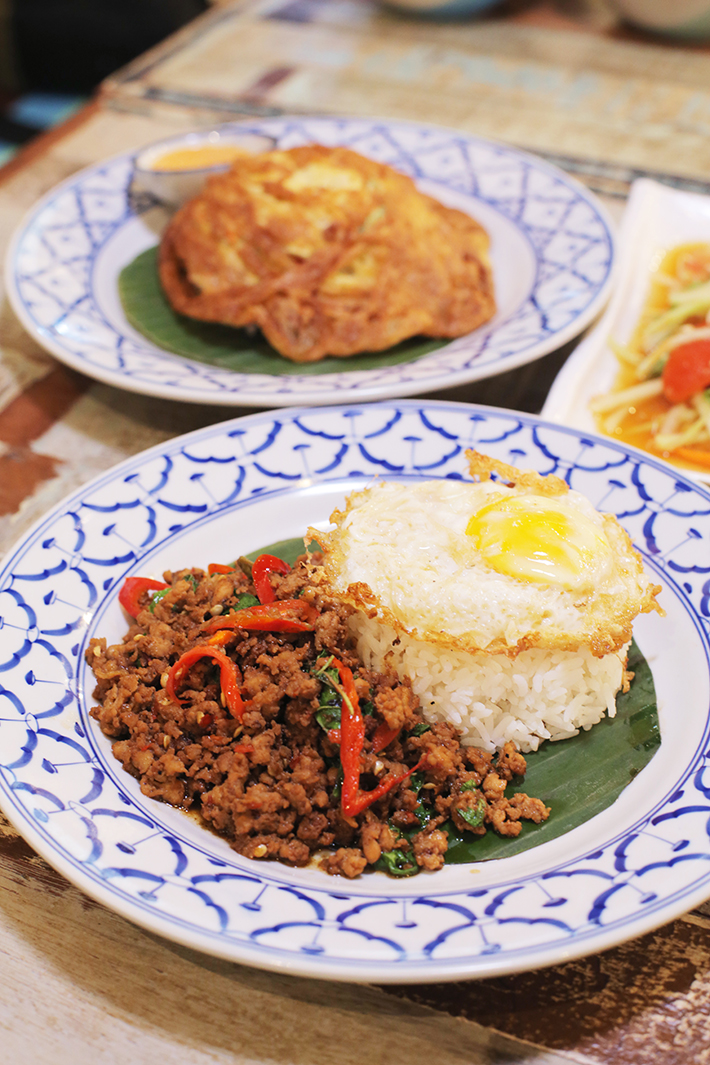 Kra Pow Chicken Rice (S$8.80), or as many would recognise as the iconic basil chicken rice, is a great rice option to have should you wish for a more substantial meal. Served with white rice is a fried egg as well as a generous portion of minced chicken fried in a mixture of chilli, Thai basil leaves, and fish sauce.

A hearty, authentically-made dish—made even better with the runny egg yolk that just coats itself beautifully on everything—this is easily something we can imagine ourselves returning for. 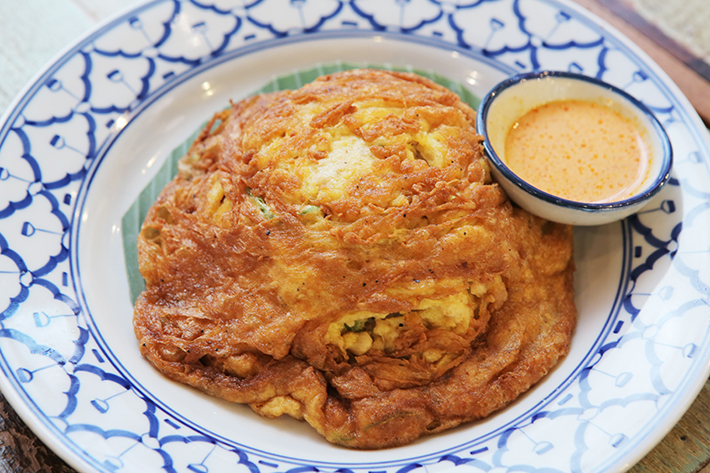 Cooked to perfection with a fluffy center and crispy edges served atop rice and a coconut-based curry-like sauce, the Bangkok Omelette Rice (S$8.80) is a lot more than what it seems. Fried in hot shallow oil, the beaten egg is able to get crisp around the edges while the insides puff up, allowing its center to achieve a nice fluffy texture.

Greasy, yet comforting the same way fried chicken would be on an empty stomach, the dish stands up well on its own, especially so with the sauce that gives the egg a creamy flavour and a hint of spice. 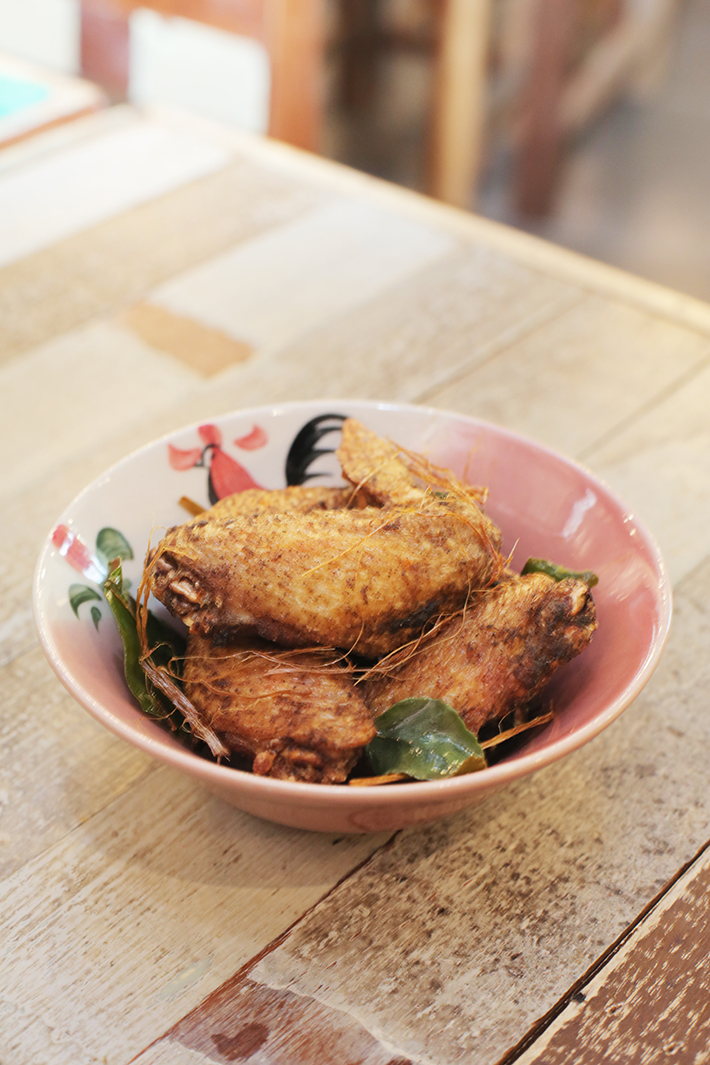 Served piping hot, crispy and tasty (as its name suggests), the Tasty Chicken Wings (S$4.80 for 3, S$6.80 for 5) is without a doubt a crowdpleaser and probably something that kids would love.

There really isn’t anything special to shout about with regards to this dish but as far as fried chicken wings go, we were pretty much sold the second we felt the skin crackle under the weight of our teeth. 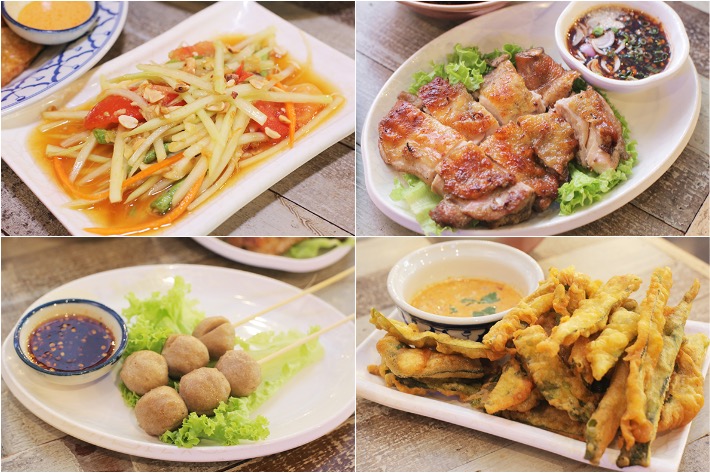 Available on their menu is a myriad of signature side dishes from the classic Som Tam Thai (S$4.80) or papaya salad, the highly popular Crunchy Thai Popeye’s Tempura (S$3.80) and more. But perhaps the one dish that stood out the most was their Flame Grilled Ayam Legend (S$8.80).

Brimming with deep char-grilled flavours, tender meat and further accented with a sweet, salty, tangy and spicy dip, what else can we say? If there was one dish that truly epitomizes the 4 iconic tastes of Thai food, this would be it. For the love of all things comforting, we must admit that their Hot Steamy Sangkayaa (S$4.80) really hit the spot. Essentially a dim sum tray filled with steamed bread that comes with a luscious kaya dip in the middle, this dessert item was delightful from the first bite to the very last.

The house-made kaya is a sweet and creamy one that is heavy on pandan—which makes it all the better. The steamed bread felt a notch denser than your average bread too. It was chewier, aromatic and just the perfect vessel to hold onto all that decadent kaya. 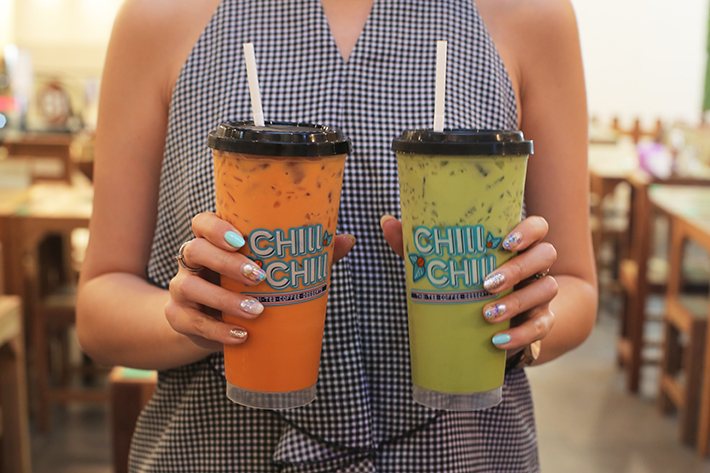 Boasting a wide array of beverages such as Cha Yen (S$3.80) and Cha Keow Yen (S$3.80), the restaurant takes pride in preparing all of their beverages the old-fashioned way with properly brewed tea leaves and none of the powdered stuff typically found elsewhere.

That is real dedication and a great testament of their quality. Another Cha Yen, please! This post was brought to you by The Original Boat Noodle.

I plan to bring my mum with me. She is a superb cook and will like to bring her to experience new culinary.

It would be a great opportunity to dine at Boat Noodle with my family.