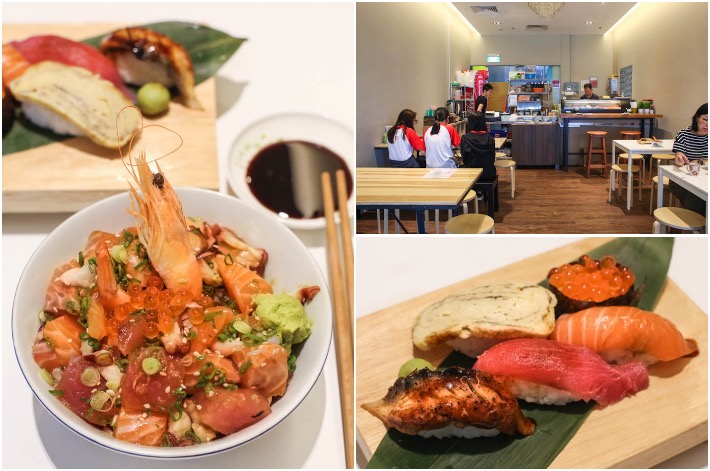 Better known for its printing services for students studying nearby, the unassuming Sunshine Plaza is actually a food haven that houses some of the city’s most affordable eateries. The latest addition to its list of eateries is District Sushi, a Japanese joint that serves up delicious Japanese fare at wallet-friendly prices.

Their stellar Bara Chirashi Don, which is priced at an unbelievable S$13 per bowl (no GST and service charge), is stacked high with generous cubes of fresh marinated fish and is one of their most frequently ordered items. Besides that, the casual eatery also has a range of sashimi, nigiri sushi and a la carte sides that are mostly below S$15.

If you ever find yourself craving for some donburi, fresh sushi or sashimi without burning a hole in your wallet, this is where you should probably be heading to! 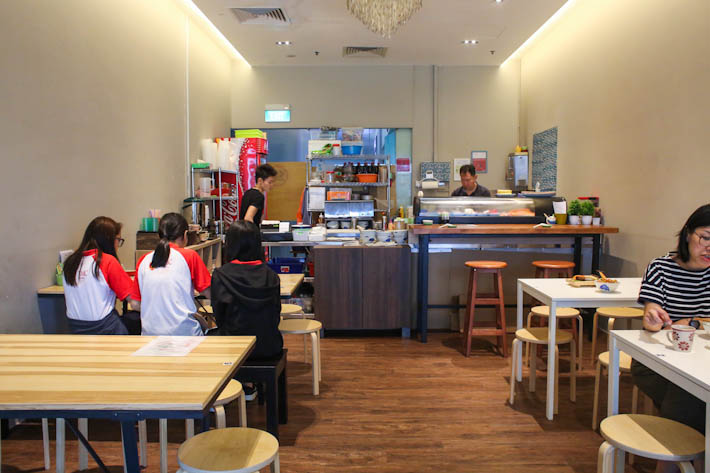 Two-week-old District Sushi is the owner’s first business venture into the F&B industry after working in hotels and Japanese restaurants for many years—both locally and abroad—to gain some experience. The Japanese eatery was then set up with the aim to provide high-quality dishes at affordable prices.

The simple eatery had a basic sashimi counter and long communal dining tables for groups of friends and colleagues to have a meal together. Nothing was particularly outstanding about the interior as the focus was all on creating mouthwatering Japanese cuisine for the patrons. We went for their highly sought-after Bara Chirashi Don (S$13) and boy, were we blown away by the freshness and quality of the ingredients used. The raw fish had no strong fishy odour and the meat was springy when we bit into it.

Going beyond just the standard ingredients including salmon, tuna and octopus, there is also the addition of a poached prawn on top. Diners get generous portions of sashimi cubes atop sticky Japanese rice—for only S$13! We are definitely going back to District Sushi again just for this. 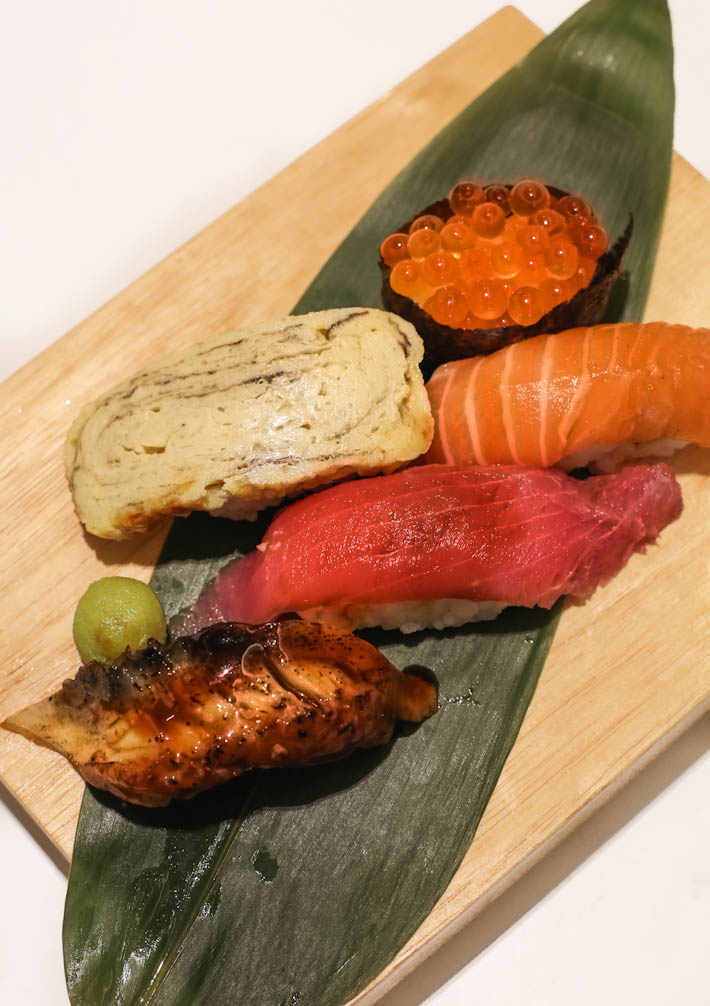 District Sushi’s 5 Kind Nigiri Sushi (S$10) did not disappoint either. The sushi selection was decided by the chef who gave us a good mix of tamago, unagi, ikura, salmon and tuna nigiri sushi.

While the rest lived up to our expectations, it was the tamago sushi that created the deepest impression on us—the Japanese omelette came with a slightly charred taste which added a new layer of flavour to it.

All in all, District Sushi is a hidden gem we would highly recommend to students studying at the campuses nearby or those who are on a budget. Their value-for-money donburis and nigiri sushi sets are definitely worth a try!