Strolling around the Myeong-dong district in Seoul, South Korea, you will find that Korean Fried Chicken joints are aplenty. However, one spot that was highly recommended to us was Noo Na Hol Dak. They have several outlets in Seoul but we visited the one right in the heart of Myeong-dong.

Upon stepping in, we found out for ourselves just how popular they are with both locals and tourists alike. The restaurant is spacious, making it a great place for communal gatherings and casual hangs with friends or colleagues. Beer is the beverage of choice to complement fried chicken—but of course.

The menu was pretty simple, focusing on what they do best: Korean-style chicken. Since Noo Na Hol Dak is well-known for their oven-baked chicken, we opted for the basic Crispy Baked Boneless Chicken (W16,900) and pints of Cass beer to enjoy. 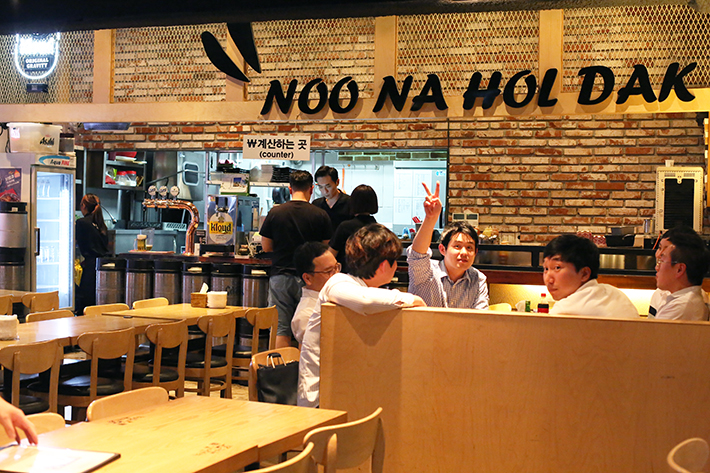 You have the option of having chicken on the bone (wings and drumlets) or boneless and we opted for the latter for ease of consumption. The chicken came in a huge sharing portion with two sauces on the side: black pepper sauce and tangy sweet chili sauce.

Digging into our first chicken piece, we noticed that the chicken was lean and a lot less greasy since it was baked instead of deep-fried. 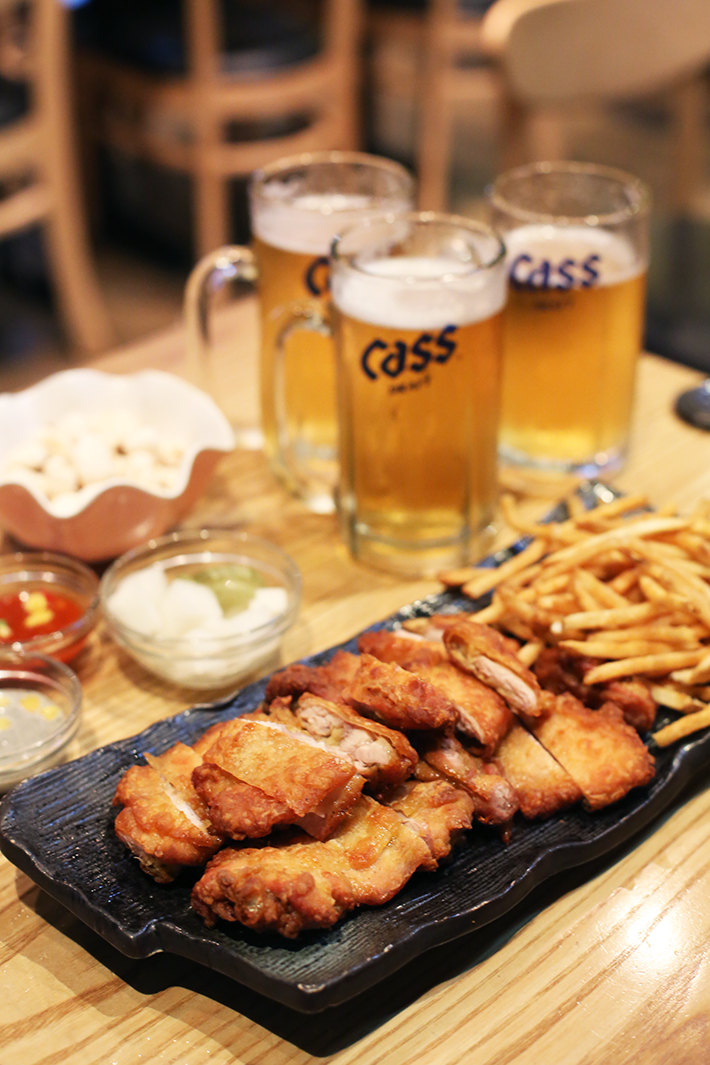 The chicken skin was still crisp and tasty and the meat inside was so tender! The sauces on the side did not wow us though; they were simple accompaniments that had no actual added value to the chicken. The chicken tasted better on its own and we highly recommend that you have it this way! 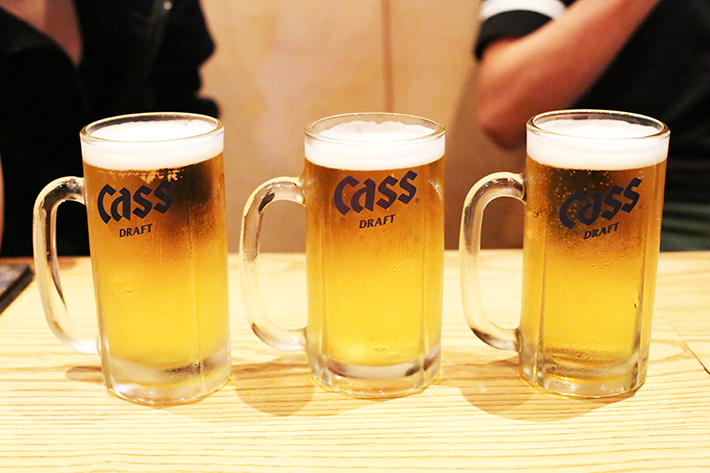 Some shoe-string fries are thrown in on the side for you to munch on. If you love beer, do not miss out on their draft beer Cass. The beer is served icy cold. Beer and fried chicken is a match made in heaven, no doubt!

While the oven-baked chicken was not exceptionally spectacular, we liked the overall experience at Noo Na Hol Dak. It is the place to go after a long day of shopping or sight-seeing if you are ever in the Myeong-dong neighbourhood.