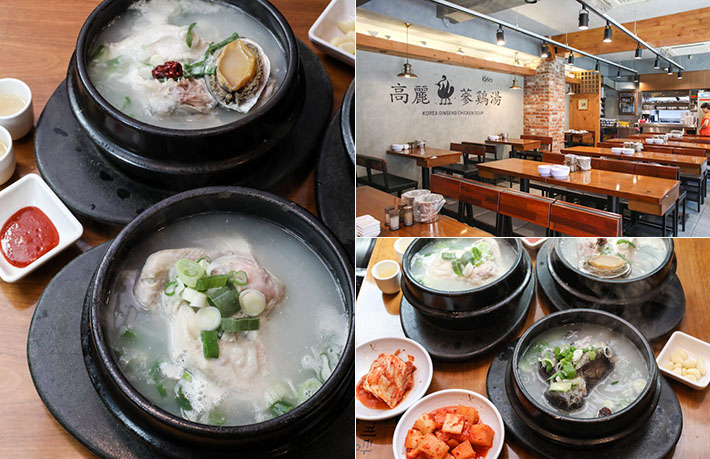 The Korean term ‘Samgyetang’ refers to Korean ginseng chicken soup whereby a small chicken is usually stuffed with nutritious ingredients such as ginseng, garlic, jujube and rice. Locals have it during harsh winter days to stay warm and even during summer to replenish lost body fluids.

After days of Korean BBQ and Kimchi Jjigae, we were craving for something lighter on the taste buds and decided to drop by one of Seoul’s oldest and most established ginseng chicken soup restaurants, Korea Samgyetang.

The no-frills restaurant is just like its straightforward name—they dish out honest-to-goodness Samgyetang dishes that are flavourful and leaves you wanting more. 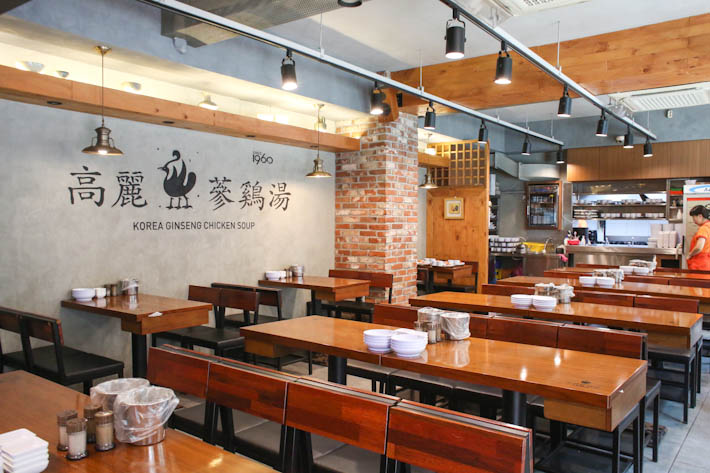 Having been around since 1960, Korea Samgyetang is recognised as the first Korean ginseng chicken soup restaurant in Seoul. So yes, you know that you are left in good hands under experienced chefs.

The spacious Samgyetang restaurant is sparkling clean with long communal tables that are great for families and groups of friends who are dining together. 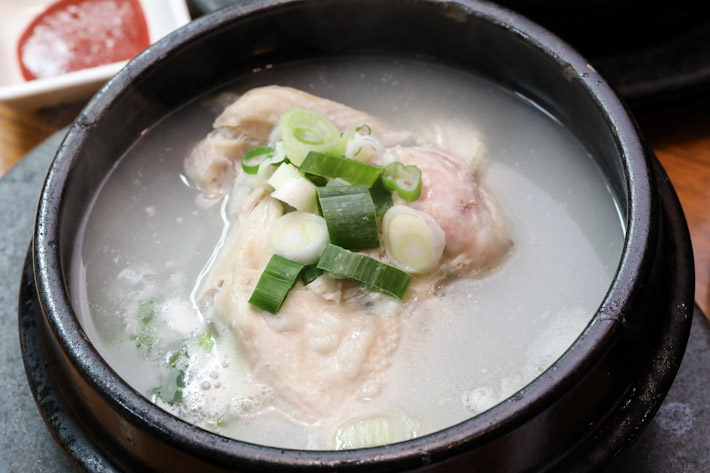 No one goes to a Samgyetang restaurant without ordering the classic Samgyetang (W15,000/ S$18.07). Served in an iron pot, the bubbling broth carried a strong fragrance which we got us all excited before we even begin our meal.

We could taste all the ingredients that were infused in the soup—ginseng, garlic, Chinese dates and other traditional herbs. The chicken meat was tender and the dish was further perfected with sweet glutinous rice.

All Samgyetang dishes are accompanied with a ginseng shot which you can either have it before you start eating or add it to the soup for a richer ginseng taste. 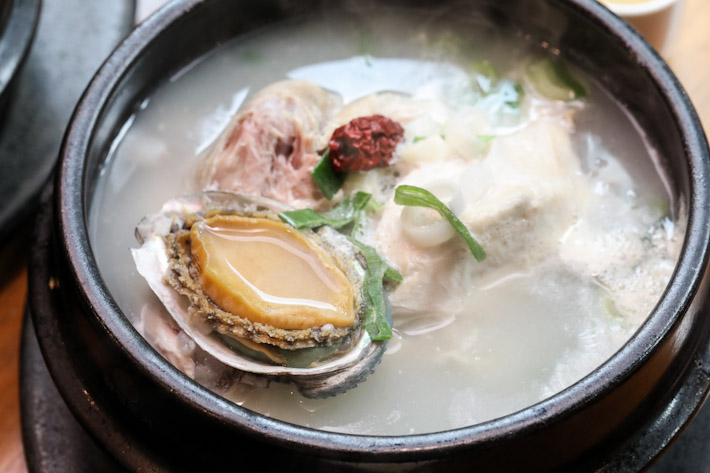 For something more premium, try their Jeonbok Samgyetang (W21,000/ S$25.30). The same ingredients are used as the traditional Samgyetang but this one comes with a piece of abalone. The fleshy abalone was generous in size and came with a smooth texture. 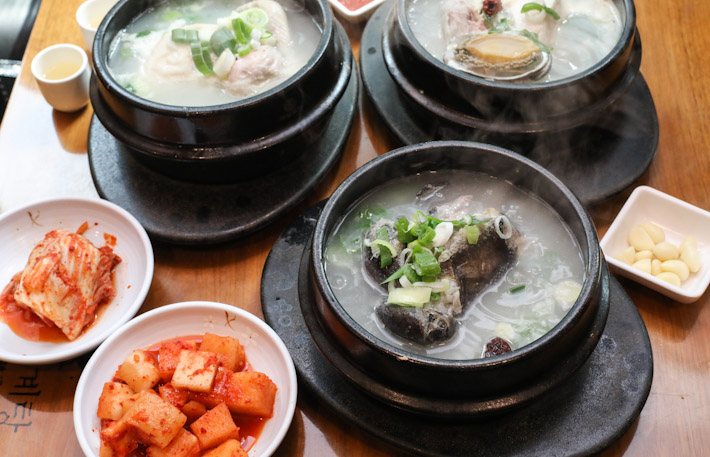 For an even healthier alternative, go for the Ogolgyetang (W21,000/ S$25.30). Black chicken is known to contain plenty of antioxidants which are beneficial for your health and it is often used as a form of Chinese medicine.

Prepared in a similar way, you will also find sticky rice and ginseng in the succulent, fall-off-the-bone chicken. If you have never tried black chicken before, this is a good place to start. 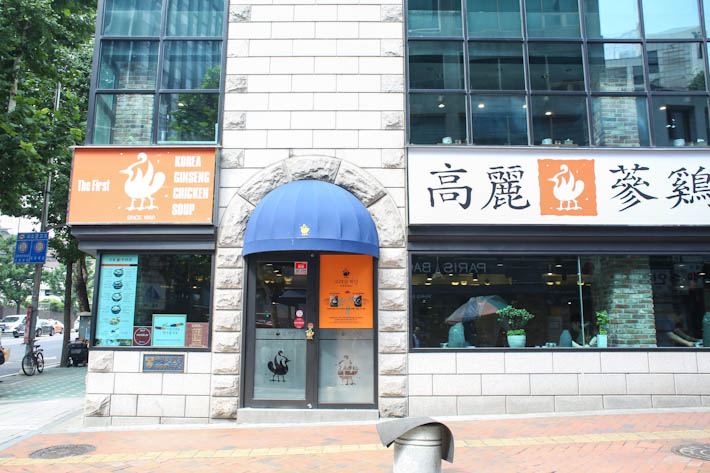 Heading to Seoul soon? Take a look at our Seoul Travel Guide for more recommendations.