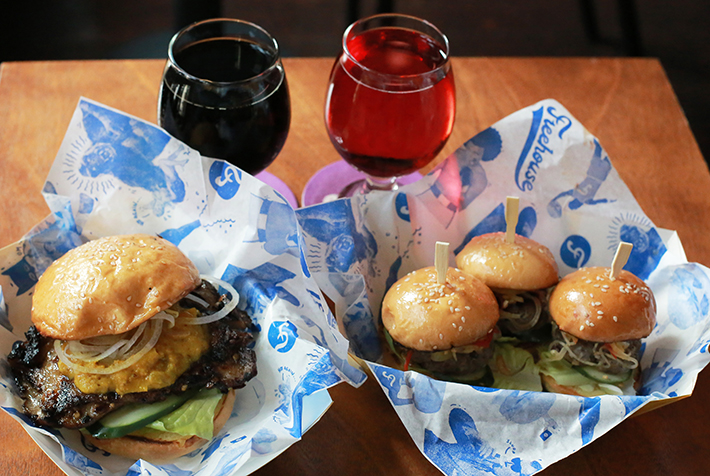 Freehouse is a craft beer joint you can escape to after a hard day’s work. Hidden on the second floor of a shophouse along Boon Tat Street, feel free to knock back a few pints and leave your troubles at the door.

This unsuspecting craft beer den houses up to 16 different craft beers and ciders on rotation, all affordably priced from S$9 for a 10oz pint. The selection changes constantly, so feel free to ask the bartender what the hottest beers are for the week.

In addition to their excellent range of tipples, they also serve up amazing grub; interesting bar bites like their signature Cereal Frog Legs With Ginger Flower Dressing to mouth watering mains like their Bombay Burger With Piccalilli. 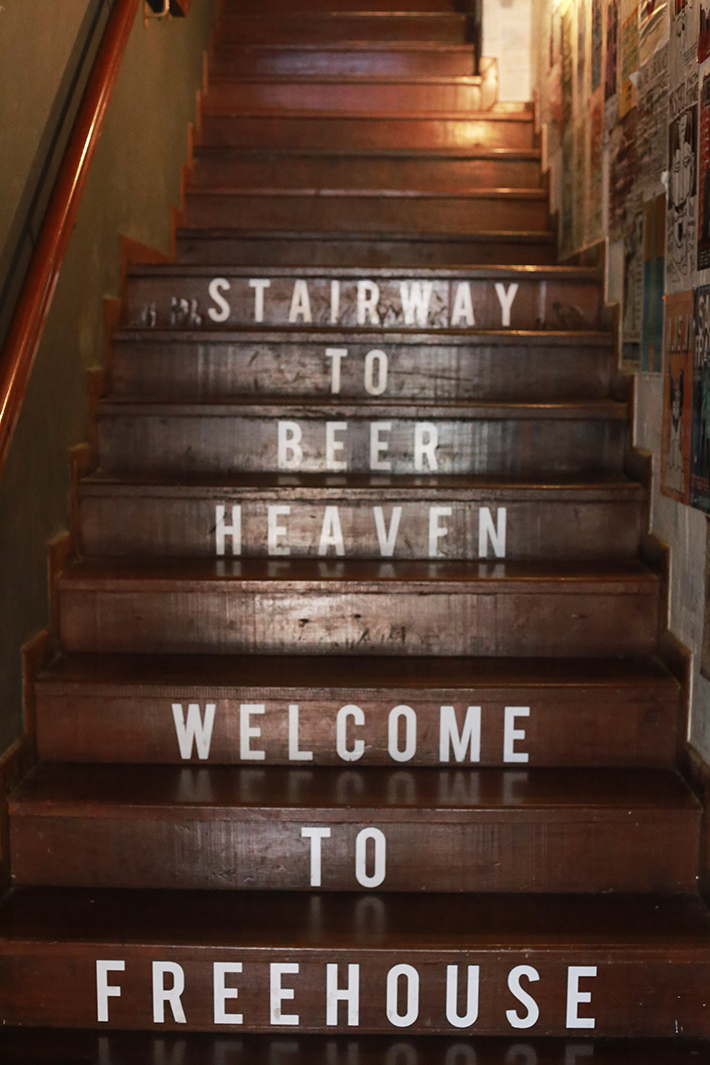 Freehouse does not have a particularly striking sign board, just a small fluorescent one that might be a little tricky to spot. Once you find it, your journey to beer heaven begins at the foot of a dimly lit staircase. 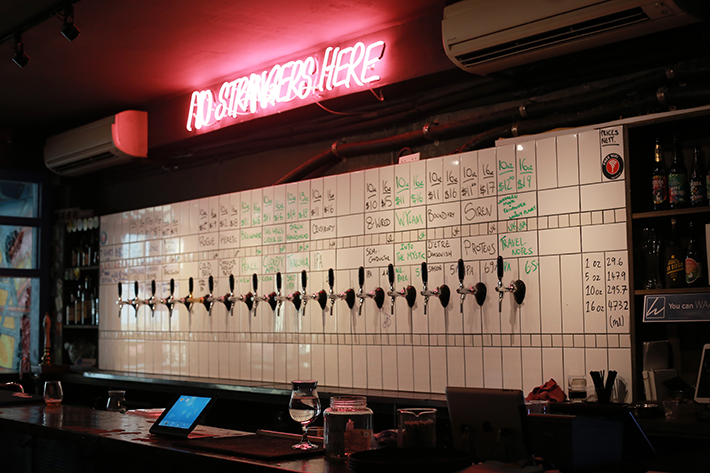 This joint exudes a cosy and laid-back vibe. The quaint shophouse space is simply decorated with wood furniture, twinkling lights, graffiti stained walls, and craft beer posters but what really got us excited was the bar—a row of 16 shiny taps against pristine tiles. 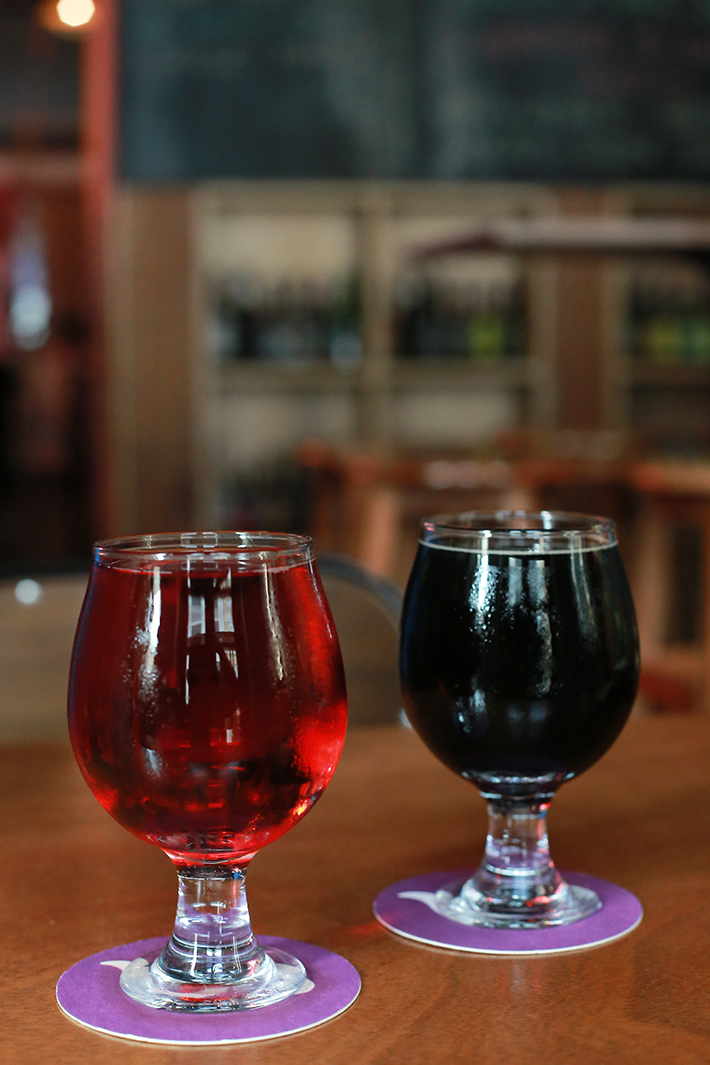 We started off with some of their more interesting varieties; a 10oz glass of Heretic Chocolate Hazelnut Porter (S$12++ for 10oz) followed by another (of the same measure) of Zeffer Cider Cherry Bomb (S$11.50++ for 10oz) 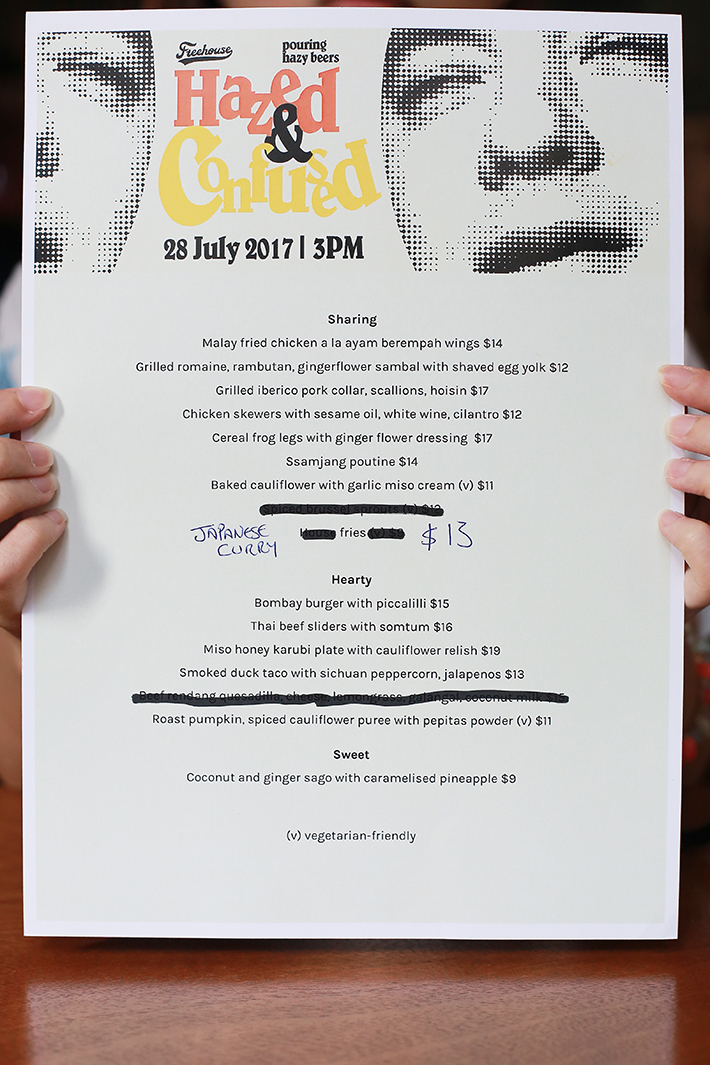 Their food menu is not extensive, but they sure pack a punch and include possibly some of the most interesting renditions of classic bar bites we have ever seen. 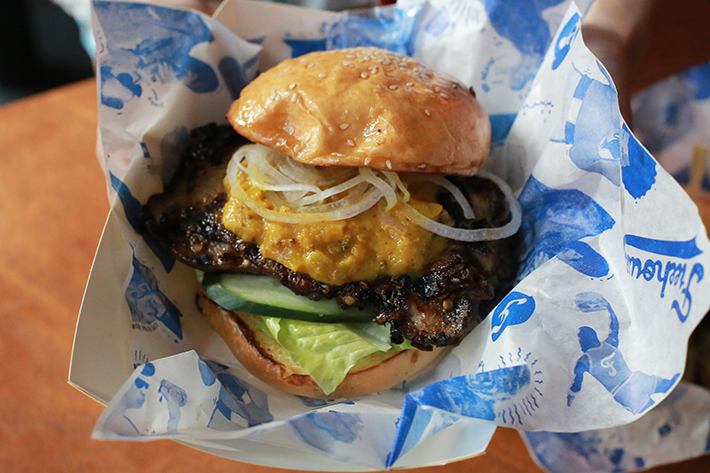 We ordered the Bombay Burger With Piccalilli (S$15++) which comprised a massive boneless chicken thigh seasoned beautifully with Indian spices (cumin being a dominant flavour), sandwiched between two sturdy yet pillowy, perfectly charred buns. The chicken itself brimmed with so much flavour and was tender enough to chew off with relative ease. If you love spicy food, then definitely go for the Thai Beef Sliders With Somtum (S$16++). Although small in size, the kitchen really goes above and beyond to stuff a smorgasbord of ingredients between two tiny buns.

The Thai flavours really came through with this. It was tangy, sweet with an intense heat that kicks you at the end. The beef patty was firm and juicy and the tangy som tum salad provided an added brightness to the dish.

Despite the spiciness leaving us gasping for ice water after, we must say that this was some of the best sliders we have ever had. Period.