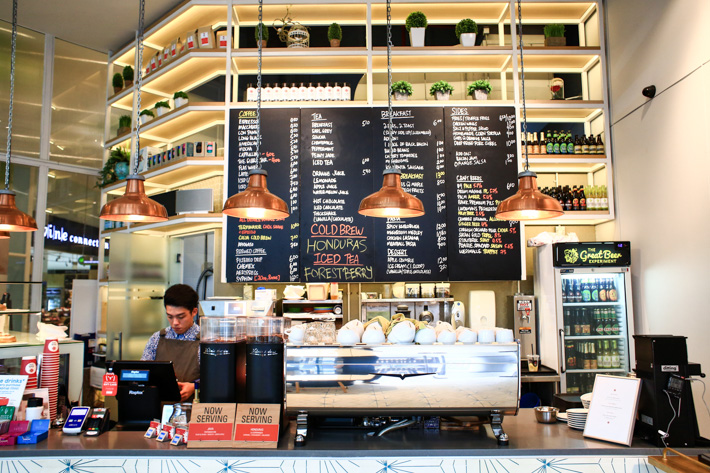 The relentless obsession with Melbourne cafes is such a worldwide phenomenon to the extent where virtually every cosmopolitan city is jumping on the bandwagon of serving Melburnian-inspired brunch, alongside aromatic Australian flat whites. From Two Hands, and Little Collins in New York City, to Lantana Cafe and Kaffeine in London, Melbourne-style cafes can be found in many cities around the World today.

Needless to say, Singapore is too unspared from this global trend. Will these cafes continue to become a part of our daily lives, or will the bulk of these establishments disappear like the Bubble Tea fad? Only time will tell.

According to National Population and Talent Division, approximately 50,000 Singaporeans live in Australia. Most of them return to Singapore after graduation and/or a few years of work, only to find themselves sorely missing Down Under’s handcrafted coffee. The demand for artisanal coffees is high, especially when Singaporeans today are increasingly well-travelled too. Spurred by a group of young ambitious entrepreneurs and expats, a cafe culture was born.

It has only been but five years since the café bug bit us. 40 Hands was one of the pioneer specialty coffee cafes that emerged in 2010 – where it has transformed the previously sleepy Tiong Bahru neighbourhood forever. Today, there are hundreds of similar specialty coffee shops catered for affluent yuppies. Judging from our Instagram feeds, consumers are clearly craving for more. Here, we look deeper into Singapore’s cafe scene and where it is headed to! 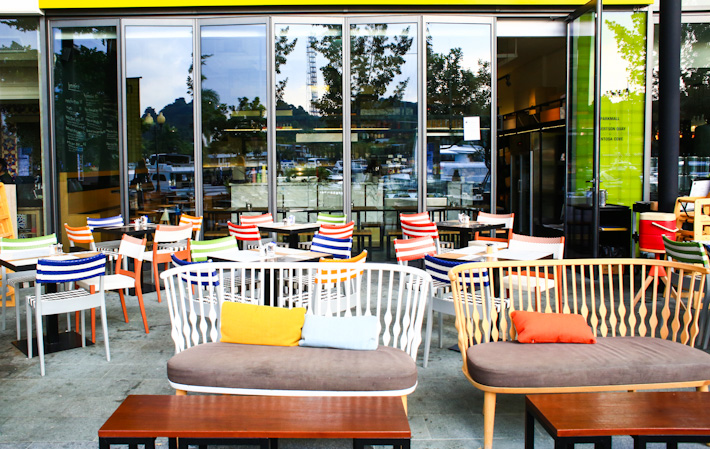 THE EVOLUTION OF CAFES IN SINGAPORE

While nobody can predict the future, we can vouch for the tremendous improvements of Singapore’s cafe scene. It is a continuous journey for both cafes and patrons, where both parties are constantly learning about coffee and food. Gone are the days where customers are satisfied with just Starbucks; Singaporeans’ palates are undoubtedly evolving and expectation are hence higher.

Jane Hia, founder of Kith Cafe, agrees that cafes nowadays are a lot more serious with their food offerings and decent coffee is almost a given. She attributes fierce competition as a huge motivation, where it keeps everyone on their toes and push them to keep up the standards. 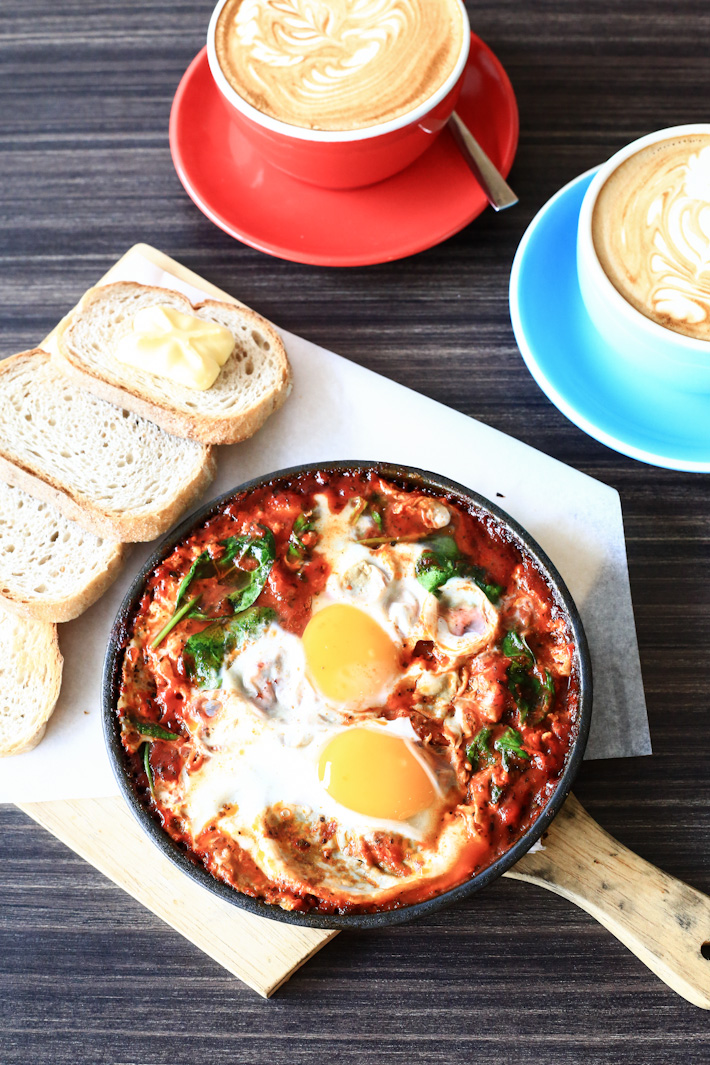 OF STANDARDS AND LIFESTYLE DEMANDS

“Only those who are consistently good will survive. Down the line, I believe consumer lifestyles are gradually changing and cafes will take on a bigger role in their daily lives. It will no longer be about novelty. It will become a way of life,” she said.

Ryan Pang, owner of Habitat Cafe, has too expressed his views that standards of food and coffee are getting higher. “It is really competitive right now, where the cafe scene is becoming increasingly commercialised,” he said.

Many youngsters – high school students included – have no qualms splurging S$5 to S$7 for just a cup of coffee, even though they could get a traditional kopi from the hawker at just a dollar. Singaporeans’ dramatic increase in disposable income and spending power plays an important role in sustaining the café scene here on our sunny island where there are cafes at almost every corner of the city now. Locals aside, the influx of well-off expatriates is also vital to the café industry. Singapore is indeed after all no longer a small fishing village but a full-fledged metropolis. 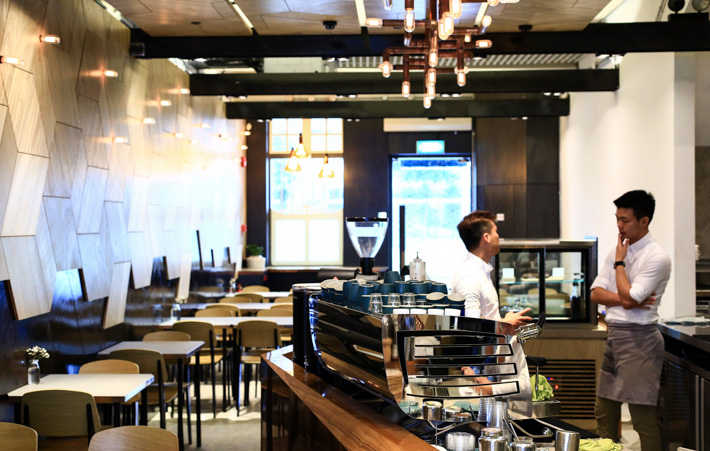 Now the big question is: Have Singapore’s cafes nailed it? Some say yes and some say no.

Substance ultimately determines a café’s fate and Singapore’s rising community of discerning diners is able to distinguish between what is fad and what is fab. New café establishments definitely need more than just a pretty façade to convert first-time patrons into regulars.

“Fads probably seem like a big deal in Singapore because queuing up for something or being ‘kiasu’ is very much ingrained in the Singaporean DNA. That said, I think fads die faster too. Food is such an important part of our culture, couple that with amplifying effects from social media, it just makes it easier for the nation to talk about it. I don’t think anyone in history has ever shared so much information about food and there is only more to come,” said Jane. 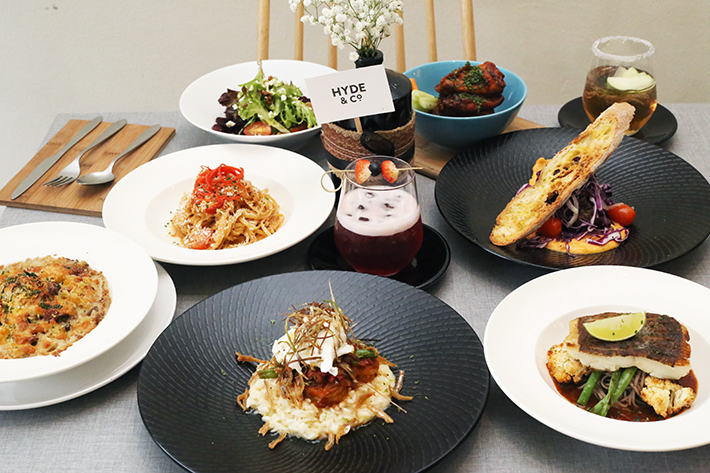 While social media platforms such as Instagram are a great way for cafes to gain public awareness, it is also a tool where owners find themselves extremely vulnerable to. Derrick Chew, owner of Hyde & Co, akins Instagram to a double–edged sword, where it has helped to raise awareness for his brand but there are too several downsides to the popular mobile app. 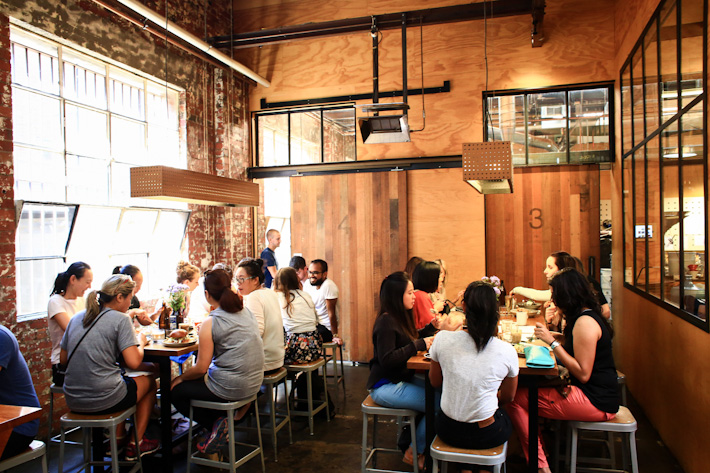 THE BENCHMARK FOR ALL CAFES AND SINGAPORE’S LIMITATIONS

So why is it that many potential cafes in Singapore actually end up paling in comparison when compared to Melbourne’s cafes? For many years, people from all walks of life have expressed their fascination towards Melbourne cafes’ exceptionally high standards. The formula for success lies in the Aussies’ everlasting love for gastronomy; the pursuit of excellence is an endless journey fuelled by fervour. And of course, the abundance of fresh ingredients, and the blessing of great lands and environments! 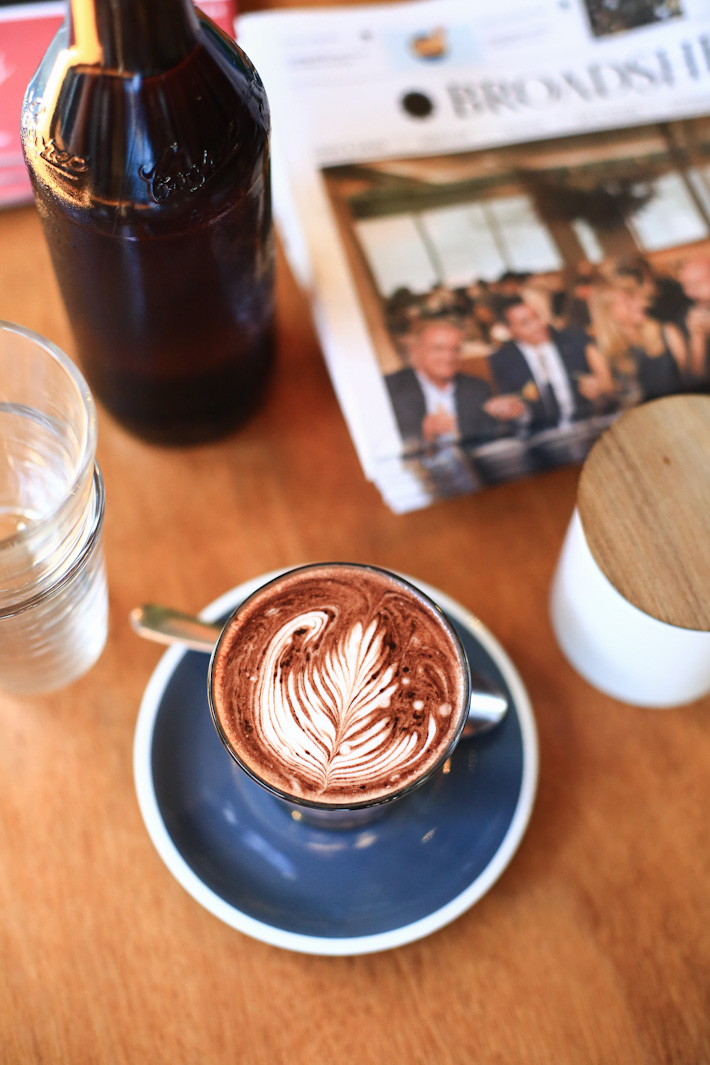 Unfortunately, being a nation deprived of natural resources has posed as an indirect problem. Sourcing of fresh premium ingredients is a costly affair and customers might not be ready to pay for such luxuries. Yet, Melbourne’s accessibility to plenty of fresh resources and decades of experience have given them an upper hand in being one of the world’s best dining destinations. 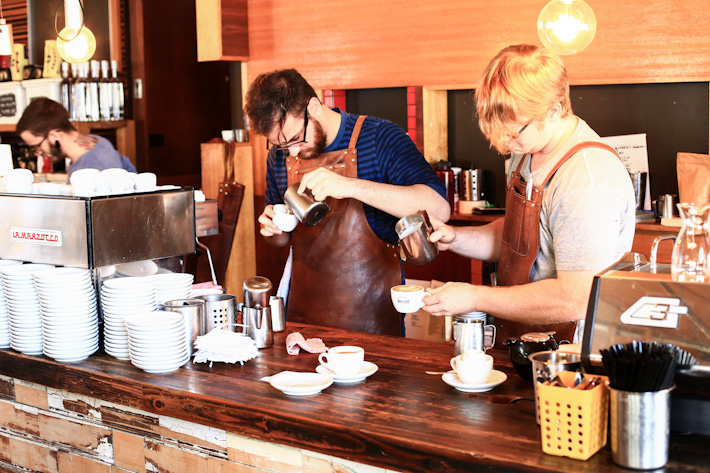 The cafe capital of Australia is also synonymous with the world’s best coffees, where baristas are looked up to with revered admiration. Sadly, the same cannot be said for Singapore, where only barristers and other white-collared professions are treated with high respect.

BIG DREAMS AND EASY MONEY… NOT

On the other hand, many Singaporean restaurateurs have wrongly mistaken Melbourne-inspired cafe concepts as moneymaking schemes. Andrew (from The Populus Coffee & Food Co.) explains that most people did not know that being a cafe owner is actually a 24-hour commitment. Most importantly, he emphasises that money cannot solve everything. It takes an incredible amount of resilience.

This attitude discrepancy underlines an issue for the future of Singapore cafés. While it is true that the paradigm towards F&B has been shifting, a lot still has to be done. How does one expect a world-class café industry in Singapore when coffee-making is considered an unsustainable career option for Singaporeans? Yet, being a professional barista is an aspiration for many young Melbournians. Go figure.

Adding a random vintage bicycle into the décors and serving lackluster but Instagram-worthy dishes might fool some, but not the well-informed foodies. Once the novelty wears off, food lovers in the know will not return. The undying fiery passions one sees in Melbourne can never be replicated with money, nor can culinary skills acquired over the years be mimicked overnight. 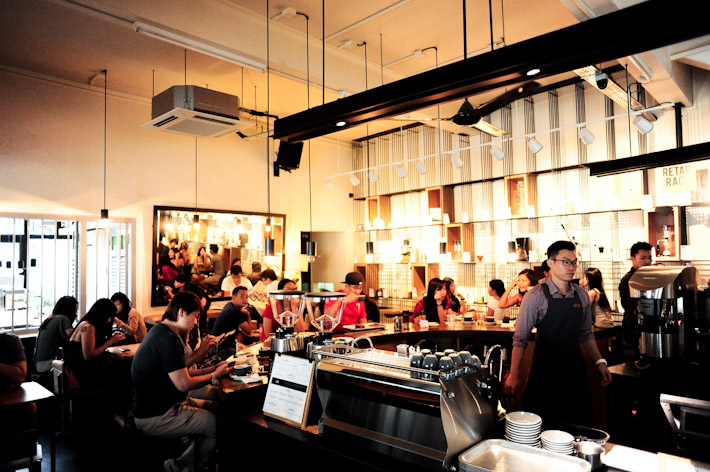 THE SURVIVAL OF THE FITTEST

According to Singapore’s Accounting and Corporate Regulatory Authority, nearly a quarter of the 391 cafes that opened in 2014 have already shut its doors. On the bright side, this alarming statistics also signify a movement – local entrepreneurship is on the rise. As the wise Oprah Winfrey once said, “Failure is another steppingstone to greatness.” May the determined never give up!

The phrase “survival of the fittest” is perhaps the best way to describe the cafe scene in Singapore. There is no lack of options, and mediocre cafes simply will not stay for long.

At the end of the day, this might not ultimately be a bad thing for us. We value quality over quantity, because we simply cannot handle disappointment from a sour coffee and overly cooked eggs every other day. 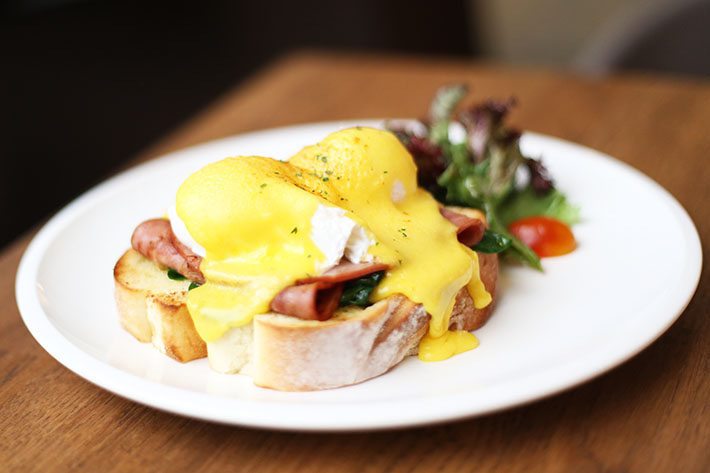 And if everyone’s just simply jumping on the bandwagon of serving a trendy food or dish-of-the-moment without truly knowing your craft, or trying to get away with shitty coffee, or boringly serving Eggs Benedict and French Toast and all that predictable brunch food, the cafe will not be sustainable.

Cafe owners often talk about their struggles and challenges, and how the uphill struggle occurs because there are “too many cafes around”. But the truth is, only the best cafes who constantly adapt, innovate and improve on their offerings will survive.

Still interested to open a cafe? Read our in-depth interviews with cafe owners on how much it costs to open a new cafe in Singapore.