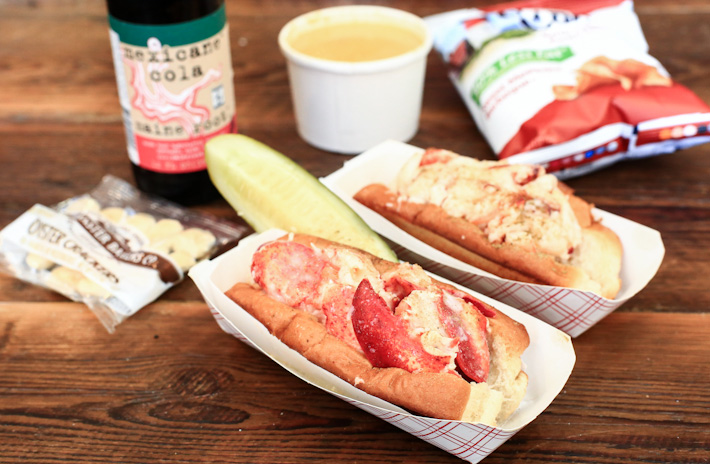 There are tons of restaurants that sell lobster rolls in New York City, but Luke’s Lobster has made a name for itself by bringing the best of the Maine Coast to New York City with fresh Maine lobster, crab and shrimp rolls at unbeatable prices.

The Shrimp Roll starts at just US$8, while the Crab Roll is US$13. Unlike most seafood restaurants in the Big Apple which charge over US$30 for a Lobster Roll, Luke’s is selling its Lobster Roll at a jaw-dropping price of only US$16!

Established in October of 2009, Luke’s Lobster has since gone on a rapid expansion and it currently has 16 outlets, including a Nauti Mobile food truck and its first shop in Chicago. An impressive showing for a humble lobster shack. The Lobster Roll here is made of claw and knuckle meat, with lemon butter and a light mayo dressing which does not overwhelm the taste of sweet lobster flesh. Also very gratifying is the Crab Roll. Like the Lobster Roll, it is filled with chunks of crab meat that are almost spilling out from the bun. Wash everything down with a Maine Root Soda and chips – it is one of the best meals you can have in New York City for under US$20.