One of the best meals that I had in Bali during my recent trip was at Merah Putih, a classy restaurant that serves traditional Indonesian cuisine for the purists, and at the same time, dedicating another column in the menu to providing options for Indonesian food with a modern interpretation.

Indonesian cuisine is a communal affair, and this is reflected in Merah Putih’s offerings of dishes in small and large plates. The dining concept is actually inspired by the local nasi padang, where you have an array of dishes to choose form – hence the small plates to share. The owner told us that he created the restaurant because whenever someone asked him where they could go for Indonesian food in a nice setting, he did not have an answer as there was not many options. So he created the answer by conceptualising and building Merah Putih where you can enjoy the classic dishes and also discover something new.

The dining space is gorgeous, with a high ceiling and solar filtered glass walls which allow light to shine in and fill the restaurant.

The menu, as mentioned, is divided into two sections – traditional and modern, and further segmented by portion – small plates and large plates. Prices range from Rp 55,000 to 90,000 (S$7 to S$11.50) for a small plate, while you can get a large plate from Rp 145,000 (S$18) – which I believe to be fair given the quality of the food and the ambience of the restaurant. 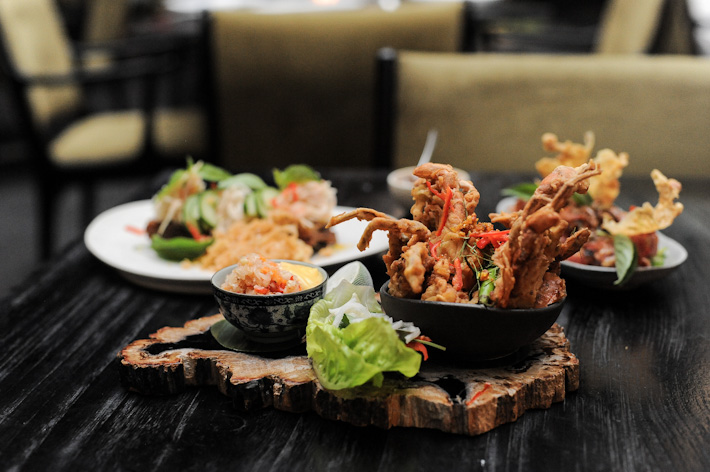 One of the traditional small plates that we had was the Jangkang (Rp 75,000/S$10) – fried soft shell crab with salted egg, chilli and leek. It was good, but nothing to write home about. What made us sit up and take notice was the Bebek Goreng Sambal Manga (Rp 80,000/S$10.40). The crispy boneless duck with mango sambal was flawless. Every bite was so good and savoured to the last morsel.

Also good was the Balinese Yellowfin Tuna (Rp 80,000/S$10.40) – with wing beans, chilli and sambal kluwak and lemon grass – from the modern small plates menu. Every chunk of the flesh was a medley of flavours, and every bite was a mixture of invigorating spices so sensational for the taste buds. 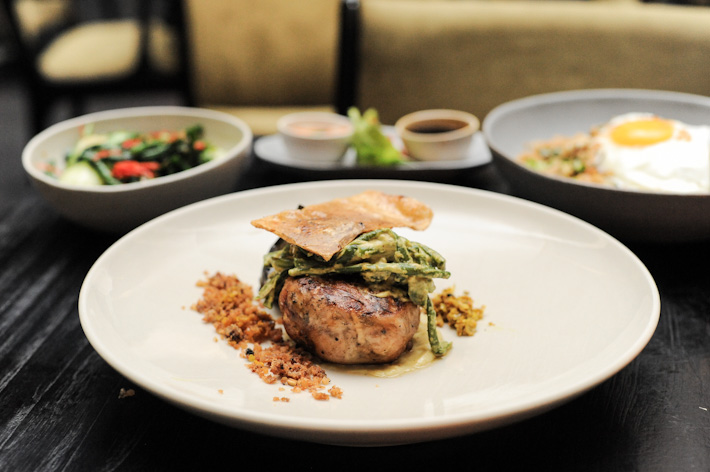 The highlight for us was the Babli Guling (Rp 170,000/S$22). Merah Putih does a modern intrepretation of the famous Balinese suckling pig. Served with long bean kalasan, and crackling by the side, it was utterly delicious. 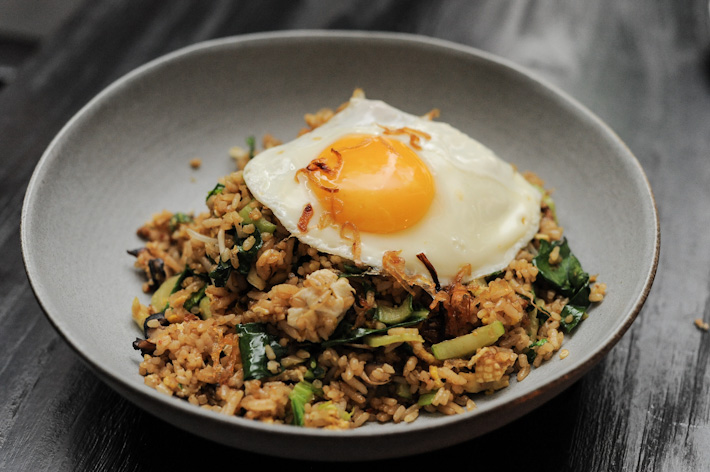 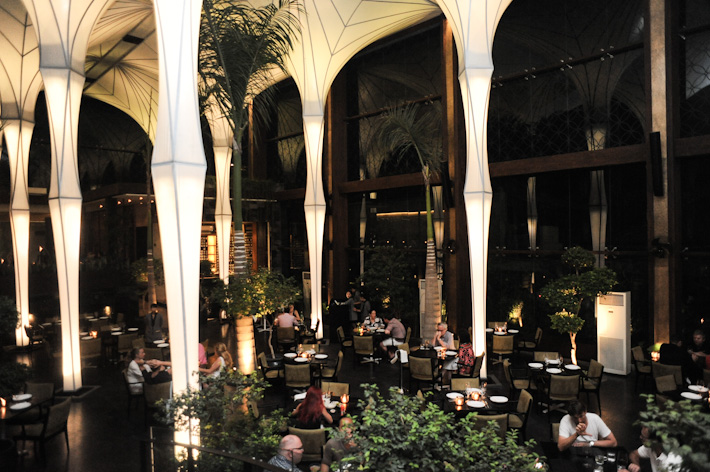 The folks at Merah Putih Restoran have done a fantastic job at pushing the boundaries of Indonesian cuisine. Judging by the crowd during dinner, Merah Putih is already very popular even though it has only been around for a few months. It has the potential to become one of the best restaurants in Bali.