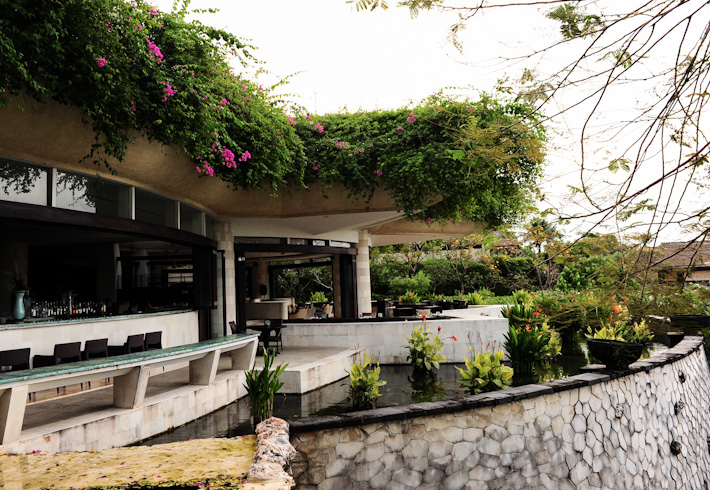 Since closing down Sage Restaurant at Mohamed Sultan Road, Chef Jusman So has moved to Dava Restaurant in the beautiful Ayana Resort in Bali. I have been a big fan of Chef Jusman since his days at Sage, so I made a point to visit Dava when I was staying in Jimbaran.

It was only when we were there for dinner then we found out that Chef Jusman So has recently stepped down from his position at Dava to oversee the development of the F&B establishments at the neighbouring new Hotel Rinba, which is Ayana’s sister property.

However, that did not stop us from enjoying ourselves. Right now you can still sample Chef Jusman So’s degustation menu (4-course for Rp 490,000/S$63, 6-course for Rp 620,000/S$80) as the resort has yet to appoint a new executive chef for Dava restaurant. 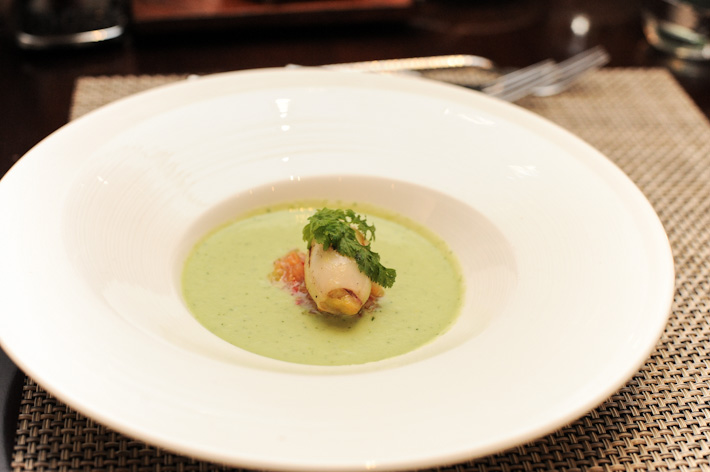 The first course of our meal was a Baby Calamari stuffed with spiced fish mousse, and served with a refreshing cucumber gazpacho. It was followed by a Pink Snapper Ceviche.

On paper, the Pink Snapper Ceviche – with lime and coriander, coconut jelly, giner sorbet and crystallised chili – did not sound particularly impressive. But it was anything but simple with complex layers of rich flavour and texture.

The choice of ginger sorbet was intriguing, but it could be an acquired taste for some. Nonetheless, it was a good palate cleanser and prepared us for the rest of the dishes to come. 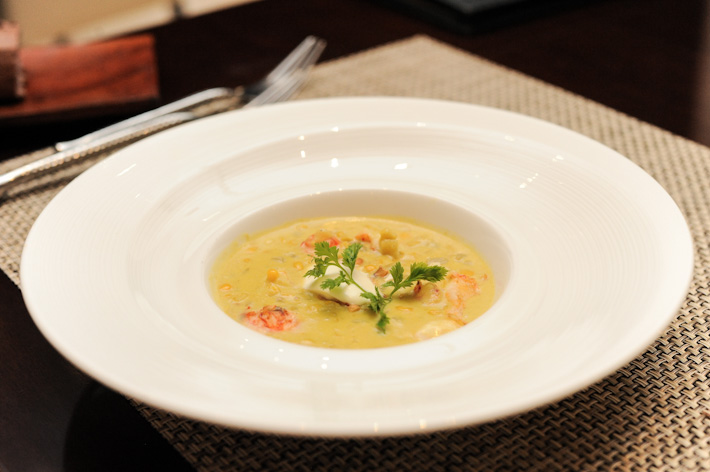 Clam chowder is a household soup and is well loved by many. But corn chowder has got to be something fresh. We loved Dava’s take on this hearty chowder that was rich in flavour and jam-packed with bits of corn and cashew nuts. Also in the chowder were chunks of clayfish, and its fresh sweetness gave the chowder just the right touch of punch. 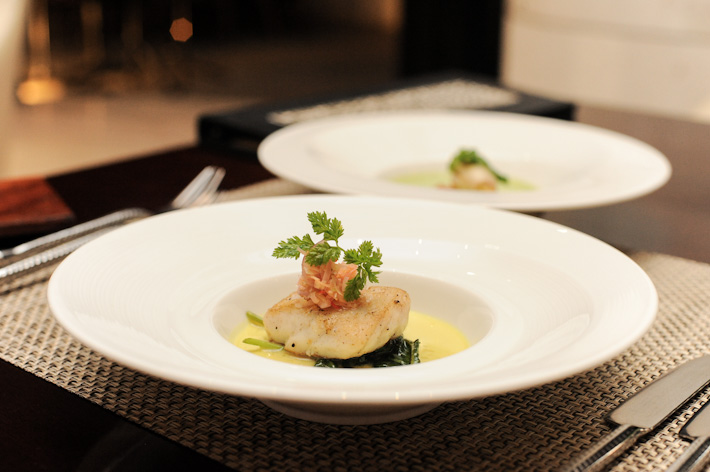 Our first main course was a Fillet of Grouper. Prepared with ginger flower, lemongrass and relish, the fresh fish was smooth to a fault and the rhythm of seasoning and spices was a tangling sensation to say the least. And the highlight of this dish was its marriage to the unexpected turmeric broth, which tasted anything but French. It was so brilliant to add a hint of Indonesia, which would probably be a hit among locals.

The star of the menu was the Tamarind Pork Belly, which was perfectly roasted and had the right proportions of fats to lean meat. Though this was really a simple dish and the pork belly was melt-in-the-mouth good, what elevated it to something special was the combination of the pineapple compote, spicy-sweet chilli glaze, roasted peanuts and crispy bean cake with the pork belly. 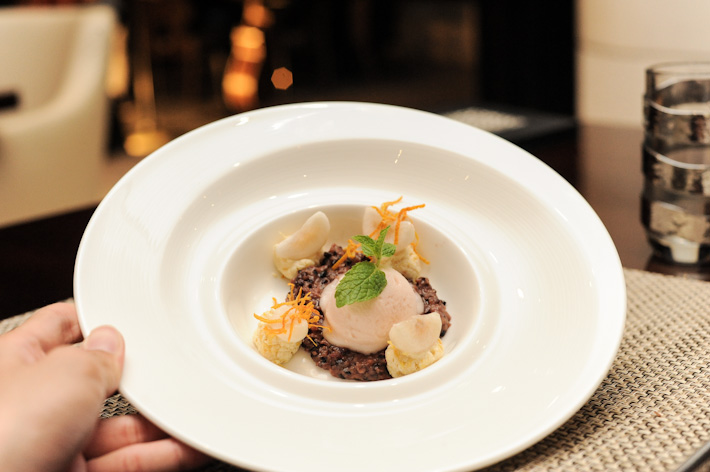 The last item on the degustation menu is the Black Rice Pudding. I am not a big fan of sticky black rice pudding, but the pairing homemade ricotta mousse, mangosteen sorbet and candied orange was unique and refreshing. 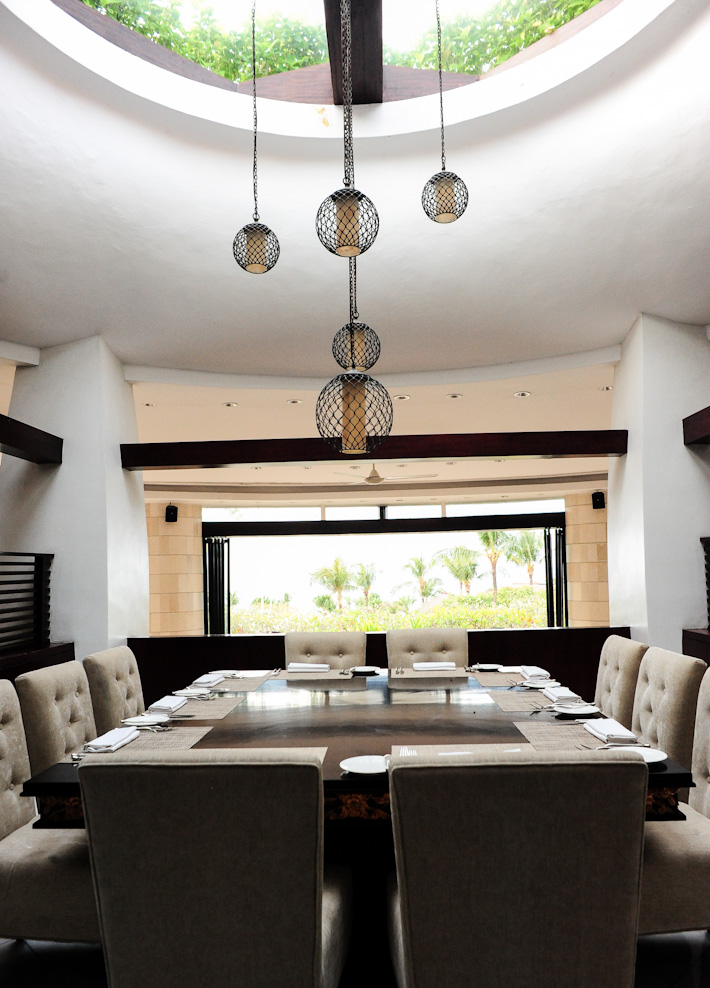 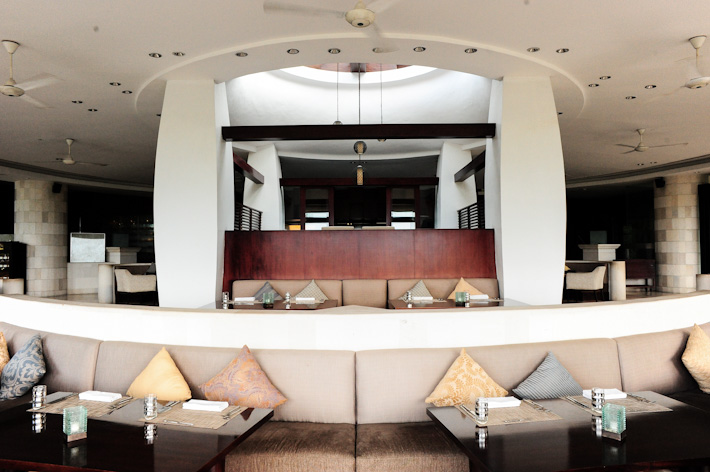 To sum things up, the food at Dava is complex and sophiscated, with multi layers of flavour and texture. If you are in Bali, do make a trip to Dava in Ayana Resort. Meanwhile, I look forward to visiting Chef Jusman’s new restaurants at Hotel Rinba.