“I know a place that has the potential to be the best dessert buffet in Singapore, but I’m not telling anyone until I check it out.”

I tweeted this about two weeks ago, and I think it’s time to let the world know about the Dessert Buffet at One Ninety Restaurant Four Seasons Singapore. If you are lazy to read this post, just know two things: a) the dessert buffet is $12++ $18++/pax, and b) it is available from Monday to Friday 12.30pm – 2.30pm 2pm – 3.30pm.

Even though the dessert buffet at One Ninety Restaurant Four Seasons Singapore doesn’t have a wide variety of desserts, I think it is one of the best dessert buffets in Singapore for a number of reasons: 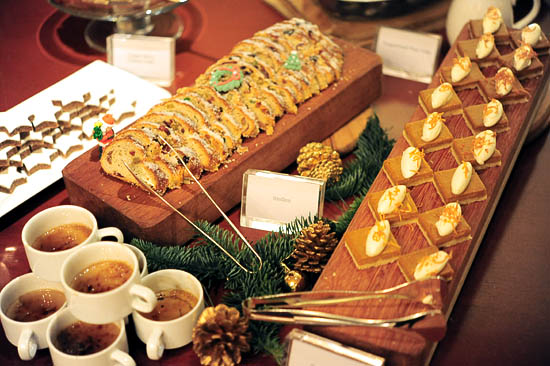 Do I really need to explain this? A slice of cake at Canele Patisserie will easily cost $8++. Just a word of caution, the root of all problems is expectation — don’t expect too much. Almost all the desserts for the buffet are shown in the first photo. 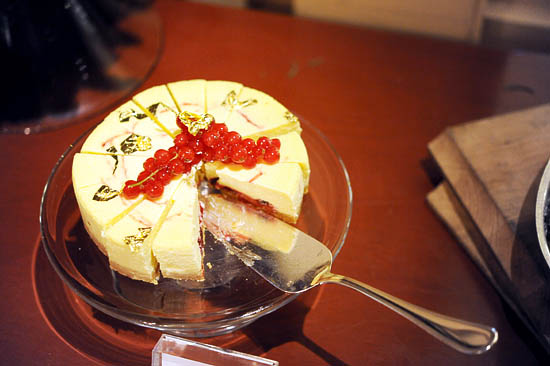 Two. This is Four Seasons Singapore.

We are talking about having lunch (okay, desserts) at a Five Star Hotel in Singapore. It is a nice feeling to enjoy an afternoon tea buffet in the dimly lit One Ninety Restaurant at Four Seasons Singapore, and watch the world go by. 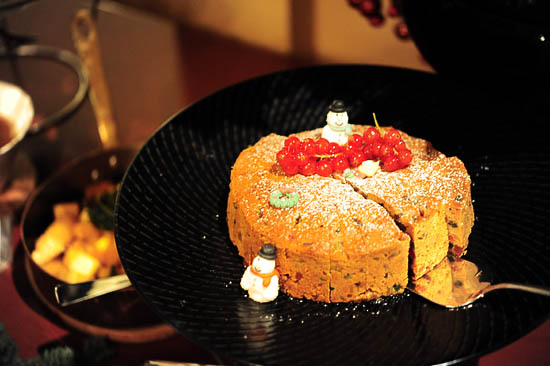 Three. There’s no need to rush, take your time and indulge in the desserts. Four. I think I’m wasting my time if you are still not convinced by now, so I shall tell you about some of the desserts that we had at the dessert buffet.

I’m not going to elaborate much on the cakes since the selections change every now and then. But some of the items that we had at the dessert buffet are: Chocolate Pot de Creme which is somewhat like a chocolate mousse with yummy whipped cream, the pretty but dry Fruit Cake, Caramelized Pineapple that tasted like fruit punch, Macanese Sarradura Pudding otherwise known as the tofu-cake-that-has-digestive-biscuits, the unexciting and soggy Tiramisu, the christmassy Cinnamon Star and Stollen (loaf-shaped cake), squarish Pumpkin Tarts that are arranged nicely on a wooden board, amazing Chocolate Praline Cake which is beside the equally good Grandma’s Chocolate cake (moist and sweet), simple and cute mini fruit tarts, the oh-my-god-so-good Lingon Berry Cheese Cake, and a few desserts shooter which I can’t remember now because I ate them before noticing the name.

Is the Dessert Buffet at One Ninety Four Seasons Singapore worth taking a day of leave? Well, if you are trying to clear your leave before the year ends, I think it will be a great idea to have a whole day of feasting (it’s the Christmas festive period after all).

Eat Kaya Toast in the morning, and head to Four Seasons at Orchard road for the dessert buffet, enjoy an all day breakfast at Wild Honey, and go to Koh’s Grill & Sushi during dinner for some Japanese food.

LATEST UPDATE: Come on, why are you thinking so much? It’s only $12 $18++/pax! If you cannot have just desserts for lunch, the One Ninety Lunch Buffet with unlimited appetizers & dessert, which comes with a choice of main course is at $48++/pax.

It looks really worth the money! Sigh… I need desserts NOW. Why the don’t have weekends dessert buffet…………

Thanks for sharing! This is great news. I have already gone to make a reservation and taking my folks there. I like that it is not too much so there is not a problem of over-choice. Just one question…..does the buffet come with free flow of coffee and tea? I hope so.

Hello guys, the buffet doesn’t comes with any free flow of coffee and tea.

hey nice clicks. Even though it was dim, gave the shots a nice Christmassy, at home by the hearth rustic feel.

The Lingon Berry Cheese Cake is so darn good! yums…although variety is limited, they really do have good cakes worth making a trip there!

Hey.. does they have dessert buffet for dinner during weekdays? Just dessert??

Hi there I just chanced upon your site. Is the dessert buffet still on-going or was it only for the Christmas period?

Sarah: It’s still ongoing, but they have increased the prices to $18++ now, and it’s from 2pm-3.30pm during weekdays.

darn, they must have seen your review and known that more people were coming ):

kudos for the intro though! (:

hi. the photos are making me water already. does anyone has any info that this is still on going now? im looking for a place for a little birthday gathering and this is perfect for my sweet tooth. thank you!

do they hv ice cream on the dessert buffer?

des: No, there’s no ice cream in the dessert buffet.

Hey! Thanks for this nice dessert buffet. Could you please tell me where I can buy cheap and nice MACARON? Thank you very much!

dessert lover: Good macarons are around $2-3 each, I like the ones from Canele and Antoinette.

Sorry to bother you but is the dessert buffet still available this month?

Is the dessert buffet still available?

I just called…it’s not longer available! ): might wanna update it on the blog.