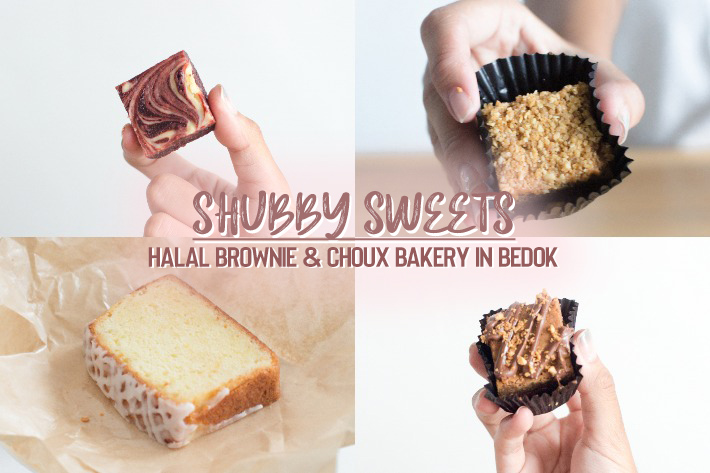 Easties, rejoice! We have a Muslim-owned neighbourhood bakery to introduce to you, and it is Shubby Sweets. Nestled in the quaint Chai Chee estate a mere stone throw’s away from Bedok MRT, this halal bakery doles out handcrafted artisanal bakes including the likes of brownies, blondies, cakes, and choux.

A successful homegrown business, Shubby Sweets have become the go-to takeaway spot for residents in the area to curb their sweet cravings. The folks behind this bakery also pride themselves on creating bite-sized goodies in small batches to achieve utmost quality and consistency.

Expect a different menu each week — you are in for a sweet treat each time you pop by. 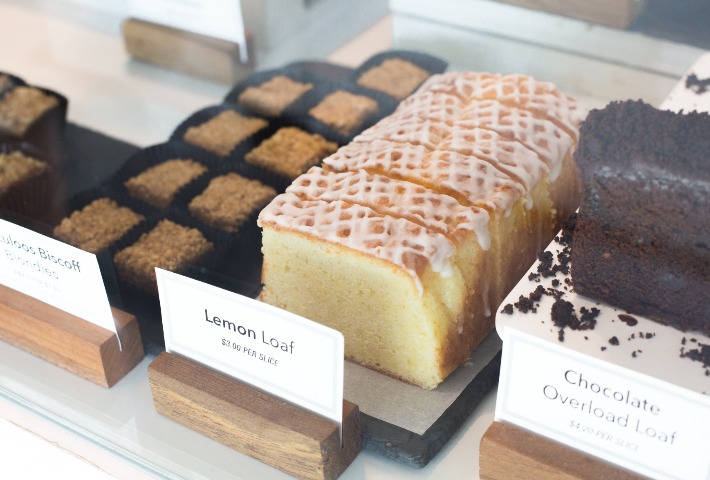 Step in and you will be greeted by the aroma of butter and tantalising display of baked desserts. Be spoiled for choice with their selection of brownies; there are six different flavours to choose from. Do note that their brownies and blondies are not sold à la carte and you have to get them in a box of five at S$7.50. 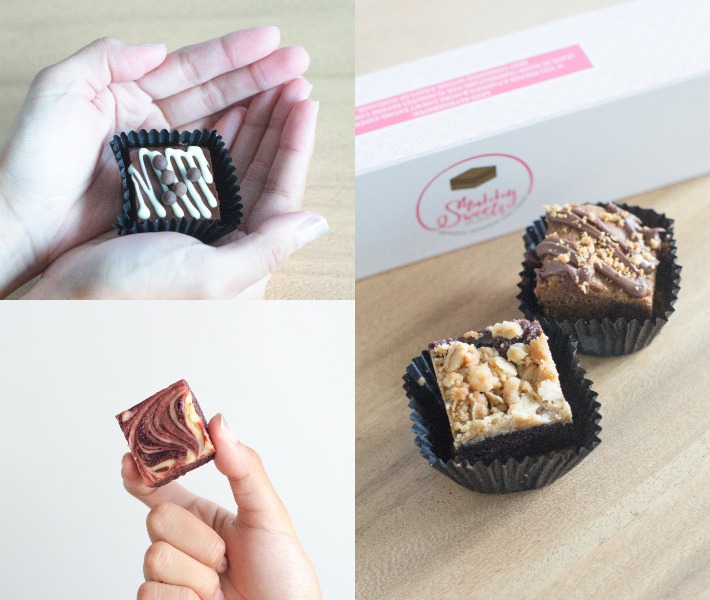 We went for the Magic Fudgy Brownie, Red Velvet Brownie, and Sticky Chewy Brownie. Their treats come in a luscious, buttery base reminiscent of a cake. We also appreciated how each brownie had a different flavoured base such as red velvet or chocolate, allowing for a change in taste.

Out of the trio, our favourite was the Sticky Chewy Brownie. The dessert had a thick chocolate chunk atop a decadent, creamy chocolate base. Each bite was chock full of melted chocolate — true to its name, the middle of the brownie was laced with rich chocolate and had a gooey, slightly chewy consistency. 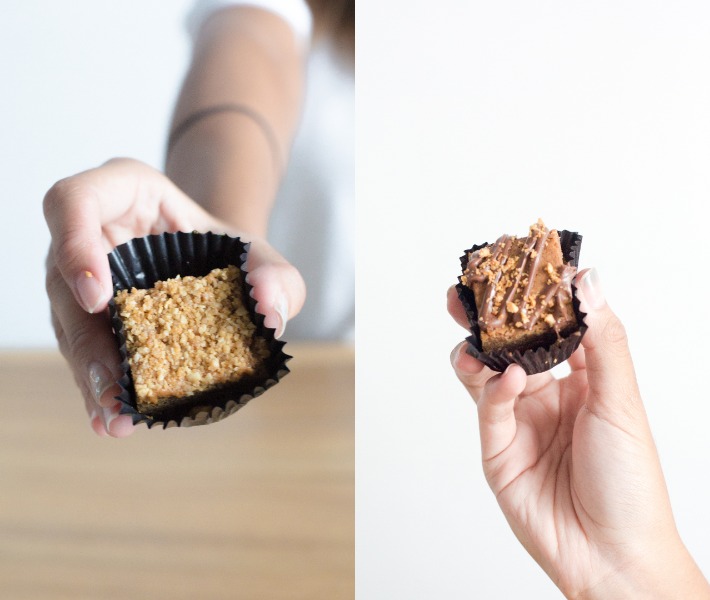 The Nutella Blondie was a tad bit disappointing. There was no distinct hazelnut flavour and we could not taste the Nutella at all. We suggest skipping this flavour. 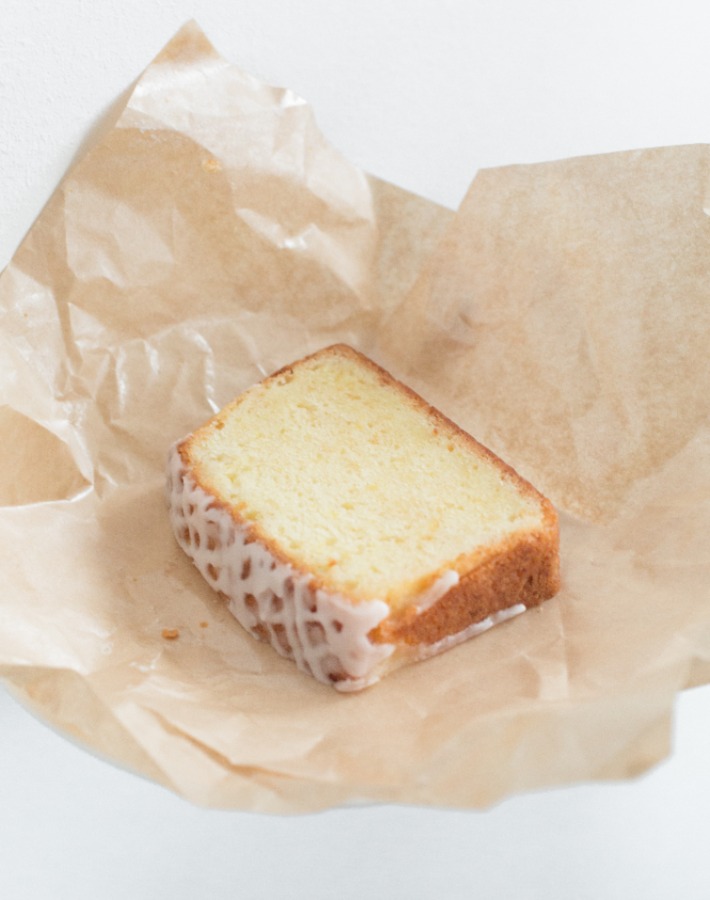 The star of the show, however, was the Lemon Loaf (S$3). The cake was incredibly moist and fluffy and flavoured with aromatic lemon essence. We could also taste a slight bitterness, balancing out the treat’s tart sweetness. The crust was also well-toasted, adding a crisp textural contrast to the soft cake. 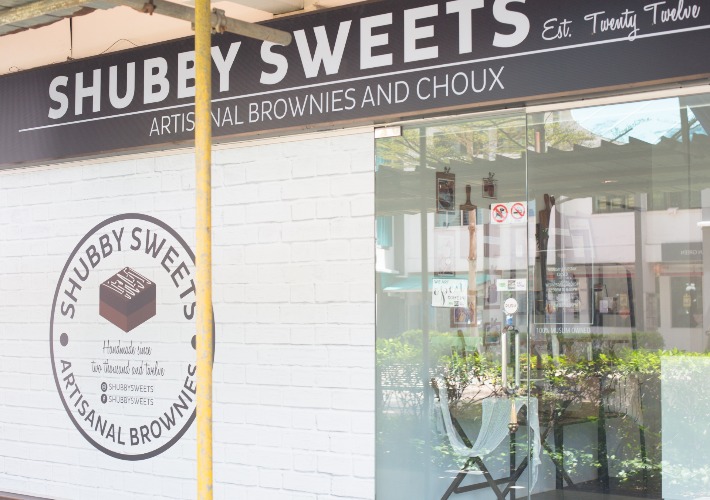 If you are looking for a sweet pick-me-up, head to Shubby Sweets!