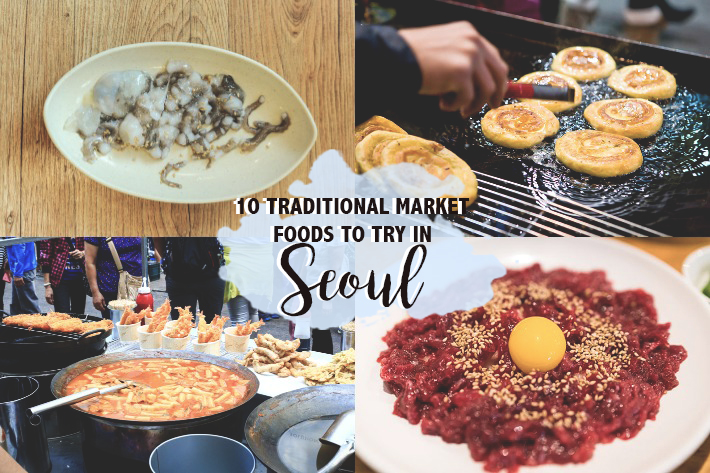 Cafe hopping in Seoul can take a toll, especially on your wallet. Despite having a plethora of cafes to patronize, Seoul is also home to several traditional markets that provide an abundance of tantalizing dishes well-loved by locals – and possibly you, once you try them too!

It may be a little confusing to navigate through traditional market food because dish names are all in Korean and sometimes, menus may not have English in them. Don’t worry though, because we’ve got your back with this list of 10 Traditional Market Foods to Try On Your Next Trip to Korea. Mung bean pancakes are a very popular market food in Korea. You’ll see many middle-aged ladies with a large pan of oil, deep-frying pancakes with various fillings to a crispy golden-brown disc.

Bindaetteok is made from ground-up mung beans, rice, kimchi, various kinds of vegetables, pork, eggs and several Korean seasonings. They are packed full of flavour and every single bite will be different and new. Dip them into a little soy sauce or spicy pepper paste and they’ll be a must-get every time you head to Korea. 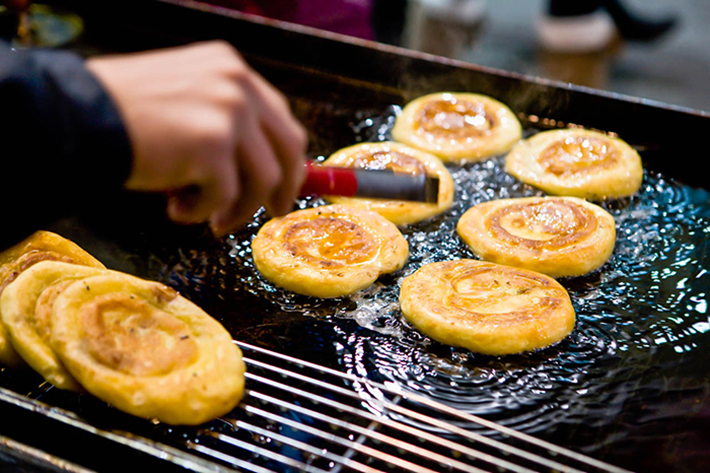 One of Korea’s most raved-about street food can be found in almost every traditional market. These tasty honey-filled pancakes are a simple sweet treat that should be reserved for cheat days because it is extremely indulgent.

Hotteok dough is filled with different fillings – traditionally honey or brown sugar – and then slapped onto a pan of hot oil, fried to perfection. It’s best eaten when warm so you can see the fillings ooze out of the crispy yet chewy dough. It’s a simple fact – Korean pancakes are better than any other pancakes. 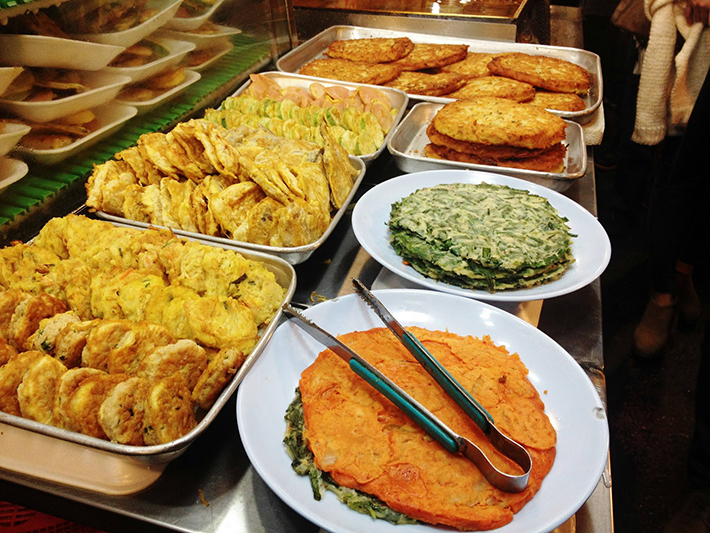 Yes, we aren’t done talking about pancakes. Another kind of pancake you’ll find commonplace in Korean markets would be the various kinds of jeon. These pancakes could range from the standard potato or kimchi pancakes you find in restaurants, to various vegetables and seafoods mixed in a batter and flattened on an oil-filled grill.

Similar to Bindaetteok, freshly-fried jeon are best enjoyed with a side of soy-sauce or spicy pepper paste. They are an umami-filled simple market food that will keep you coming back for more. 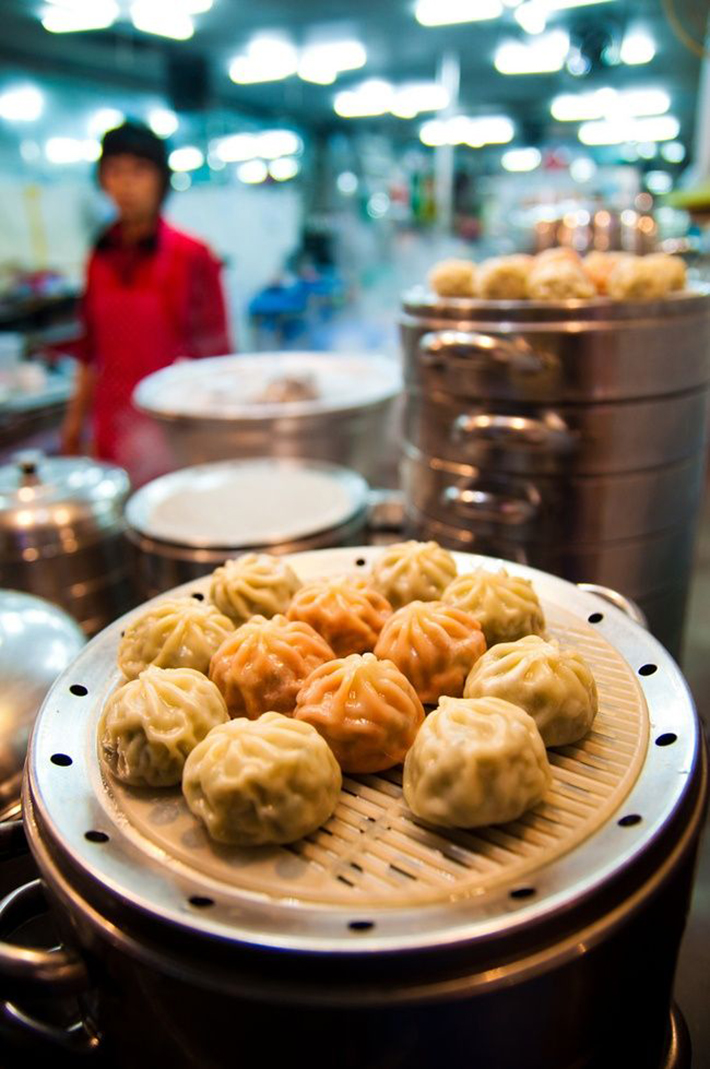 Most dumplings are made fresh and then steamed till their skin is translucent, giving hungry customers a sneak peek into the fillings hidden inside. If you prefer a spicy kick, try the kimchi mandu. They don’t even need any sauce accompanying them because they’re just so flavourful. 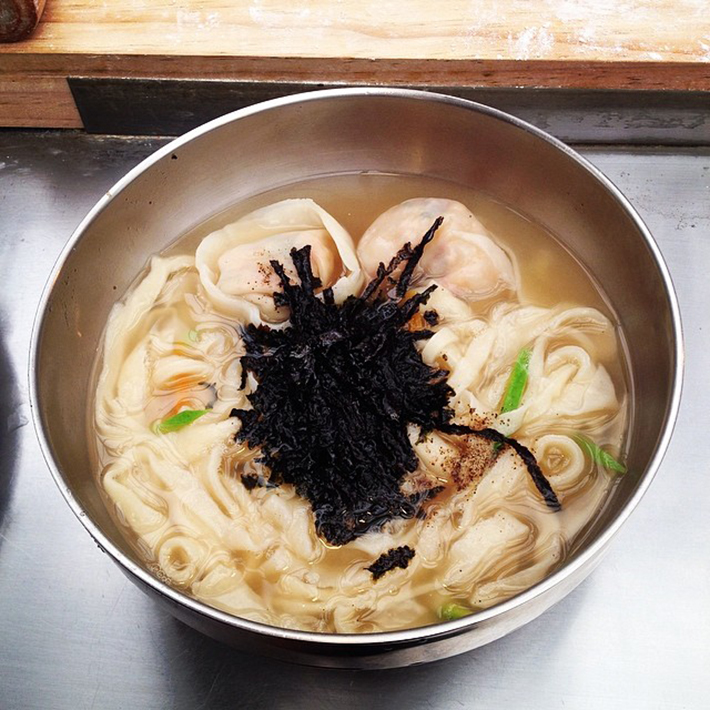 Following the mandu are these handmade noodles that normally come with a few mandu alongside it. Kalguksu is a light yet flavourful noodle soup that is served with a side of minced garlic, scallions, chilli flakes, a sprinkle of seaweed and sesame oil. These condiments are used to add extra flavour to match the noodles to your liking.

For extra flavour, add some vinegar to add a tangy edge to the soup. A bite of the thick, silky noodles and a bite of a kimchi mandu makes for satisfaction. 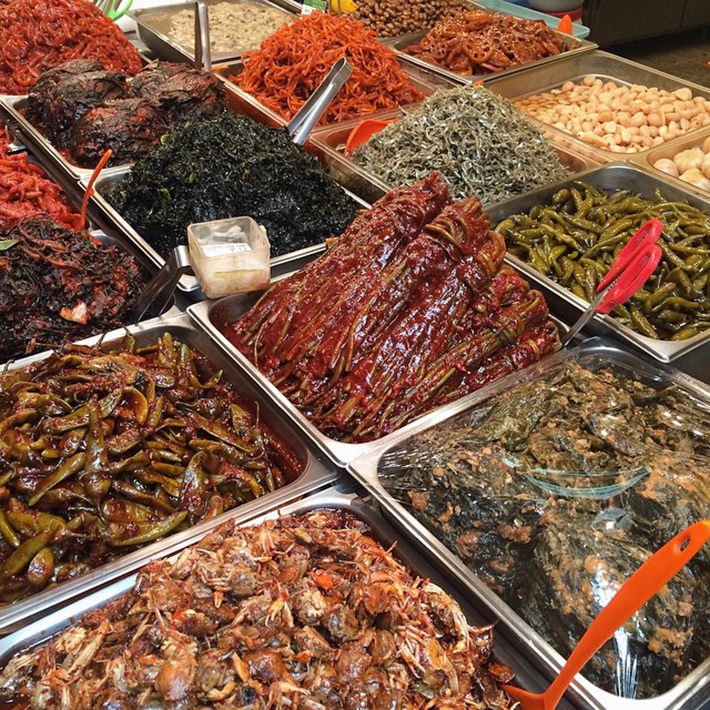 Especially in sea-side regions like Busan, fresh marinated seafood is extremely popular among the local patrons of traditional markets. Various kinds of seafood – crabs, mussels, octopus and fish – are marinated in all kinds of sauces ranging from sweet soy sauce to spicy pepper paste.

Most well-known and loved is ganjang-gaejang which is crabs marinated in soy sauce. The sweet-savoury combination of crab is lip-smackingly delicious – especially if you’re a fan of crab roe. The soy sauce marinade will meld with the savoury roe, making it a flavour explosion. 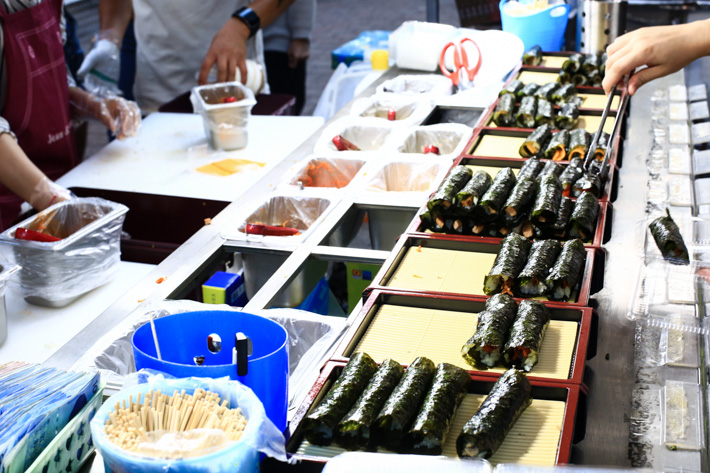 Mayak means drug in Korean and the rice rolls that are coined “mayak-kimbap” are just as addictive as the most potent drugs. They are seemingly simple – just seasoned rice rolls with julienned carrot and picked radish or cucumber, brushed with sesame oil – but once you have one, it’s impossible to stop at just one roll.

These addictive rice rolls occasionally come with a side of hot mustard sauce in case you wanted a bit of a punch. 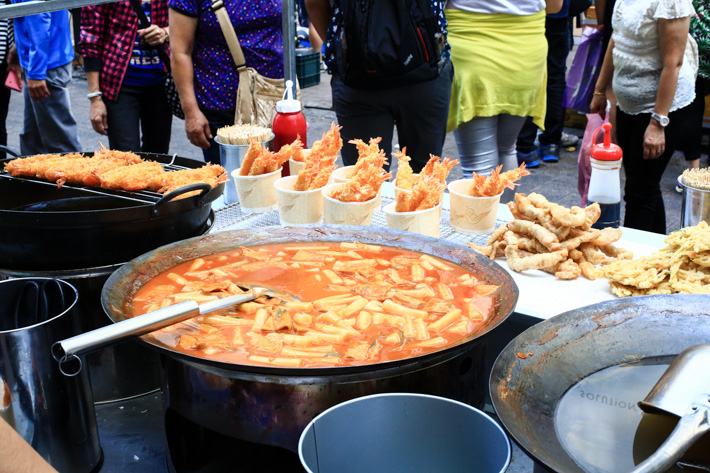 If you haven’t tried tteokbokki on your trips to Korea, you are sorely missing out on one of Korea’s most famous street foods. Tteokbokki can be found in almost every corner of Korea, whether in the traditional markets or in sheltered carts on road-sides.

If you’re a fan of spice, these rice cakes will be right up your alley. They are coated in a spicy yet sweet gravy made from Korean spicy pepper paste. Occasionally, scallions and assorted fishcakes known as eomuk will be thrown into the mix as well. 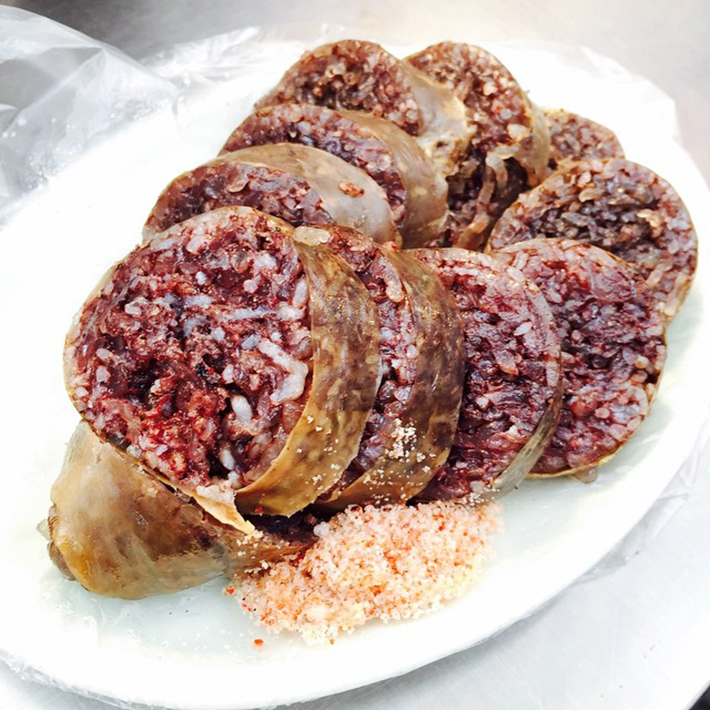 Admittedly, this dish isn’t for everyone – especially if you can’t fathom the thought of eating animal blood. However, it is still a pretty popular local dish that is packed with flavour.

Soondae is made with cows or pigs’ blood and glutinous rice or glass noodles. The sausage is traditionally served with a spicy gravy, with some salt or in a hearty stew. The spicy sauce might be the easiest way to eat soondae for first-time eaters as it covers the slightly gamey taste of the sausage. 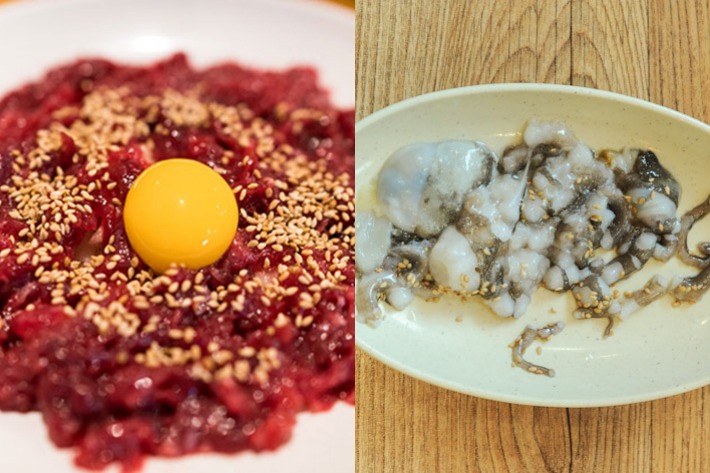 Last on our list is the raw foods you can find in Korean markets – not for the faint-hearted, but definitely worth a try.

Made viral with several videos on the internet is sannakji, which is Korean-style live octopus – still wriggling around on your plate and on your tongue as you consume it. Though simply dressed in sesame oil and soy sauce, it is rather difficult to eat. Just make sure you chew it thoroughly before swallowing. It will definitely be an unforgettable experience.

Another kind of raw food you can find would be yukhoe – marinated raw beef. This indulgent beef sashimi is usually served with a raw egg yolk over the top, and sometimes with a salad beneath it. Similar to sannakji, it is also dressed very simply with sesame oil and soy sauce.