Ask any Singaporean living overseas what Singapore food they miss and we can bet with you that the majority of them would say chicken rice. Chicken rice holds a special place in many of our hearts and it is no mystery why this simple yet flavourful dish has always been a crowd favourite.

We aren’t the only place in the world that has chicken rice though; Bangkok has its own rendition of the dish and while they both may look pretty similar, they do have their differences too.

We tried out Bangkok’s famous Go-Ang Pratunam Chicken Rice on our recent trip to Bangkok and here is how we feel it compared to Singapore’s Hainanese Chicken Rice. 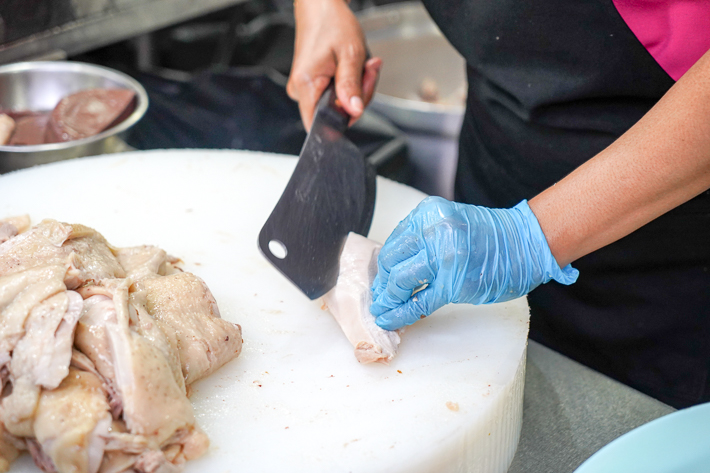 Go-Ang Pratunam Chicken Rice is a Michelin Bib Gourmand awardee and it started out in 1960 as a simple pushcart stall by a Hainanese immigrant in Bangkok. Today, it is bustling eatery in the middle of Pratunam and it never fails to attract swarms of both tourists and locals alike. 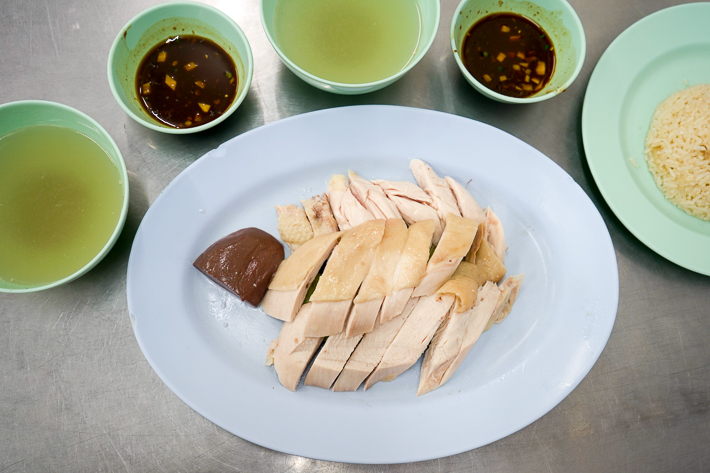 We ordered one large plate of chicken (120baht) to share amongst ourselves as well as some rice (10baht). The serving size is pretty generous and definitely very value-for-money, especially if you come with a big group of people. Aside from the fresh slices of chicken, the dish also came with a cube of blood pudding. 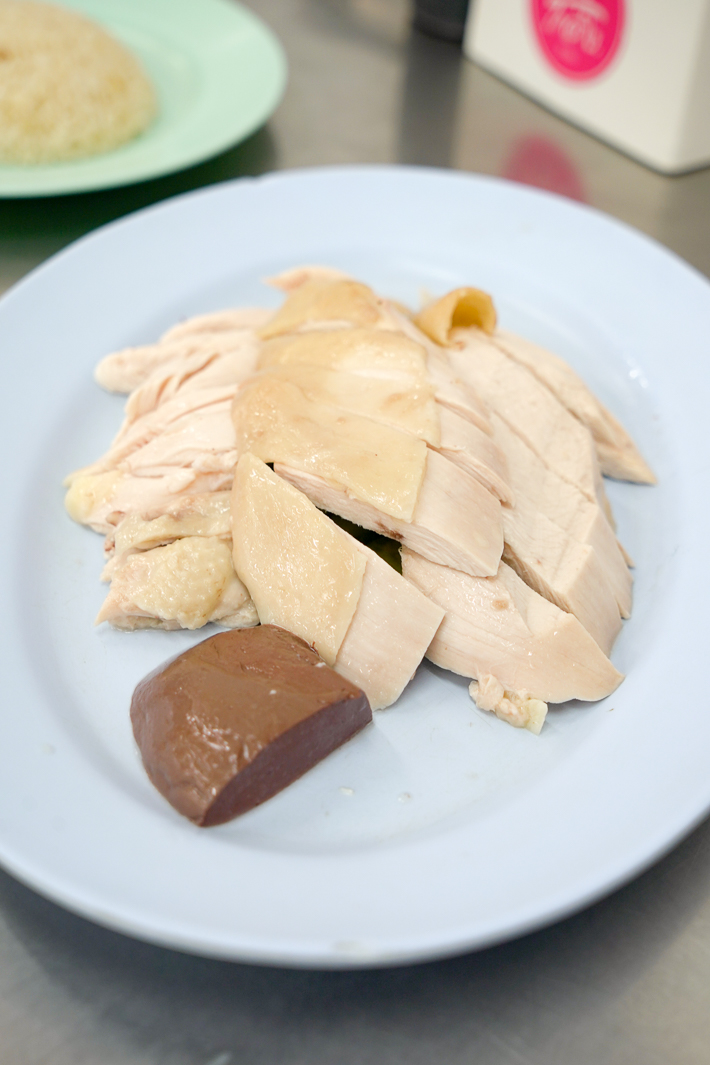 The meat served to us was very lean and some of the slices were covered in slithers of chicken skin which added more flavour and texture to the chicken. While the chicken was fragrant and flavourful, its flesh was not quite as tender and as succulent as the ones you can find in Singapore, which we found a tad bit disappointing.

To enhance the flavour of the chicken, we recommend smothering it in some of their signature chilli sauce which consists of fermented bean paste, ginger and fermented chilli. The chilli added a lovely spicy kick to the chicken and definitely enhanced the flavours of the overall dish. We have to admit that if we had to choose between Singapore’s Chilli and Bangkok’s we would have a pretty hard time! 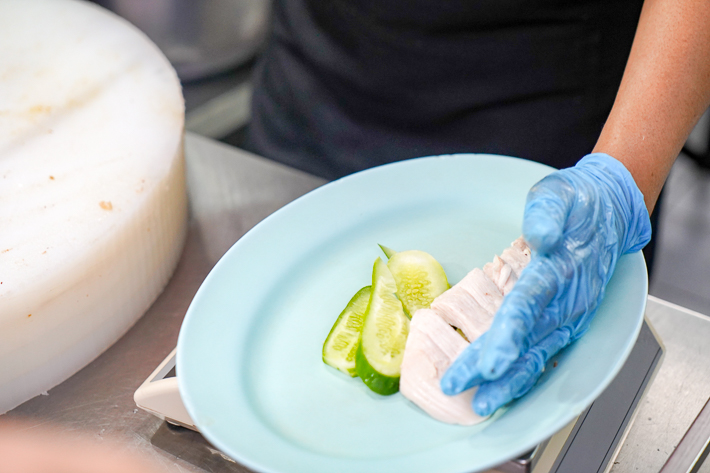 All in all, we still prefer Singapore’s Hainanese chicken rice over Bangkok’s chicken rice as we prefer our meat to be more on the tender side. However, Bangkok undoubtedly serves up some pretty solid plates of chicken rice as well and we highly recommend that you give it a try if you’re ever in Bangkok!