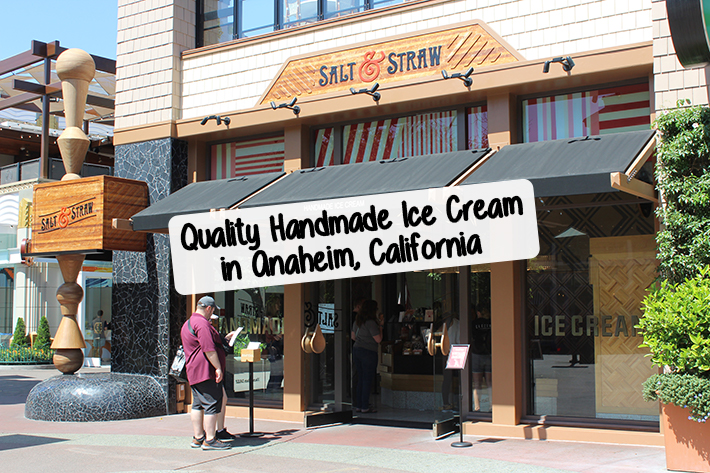 Located at Downtown Disney in Anaheim, California, Salt & Straw is a well-known ice cream brand that has been serving up scoop after scoop of delicious and uniquely-flavoured ice cream since 2011.

Set up by cousins Kim and Tyler Malek, Salt & Straw has since been included on lists of America’s best ice cream, and only rightfully so for their innovative flavours which uses main ingredients that have all been locally sourced.

While we had thought that we escaped the Singapore heat, we forgot that the Californian sun could be as unrelenting during the Summer, and had been struggling to find a way to cool down when we stumbled upon Salt & Straw during our first afternoon at Disneyland California.

Joining the long queue, we browsed the flavours available and was surprised to find exotic ice cream flavours that we would never have imagined. 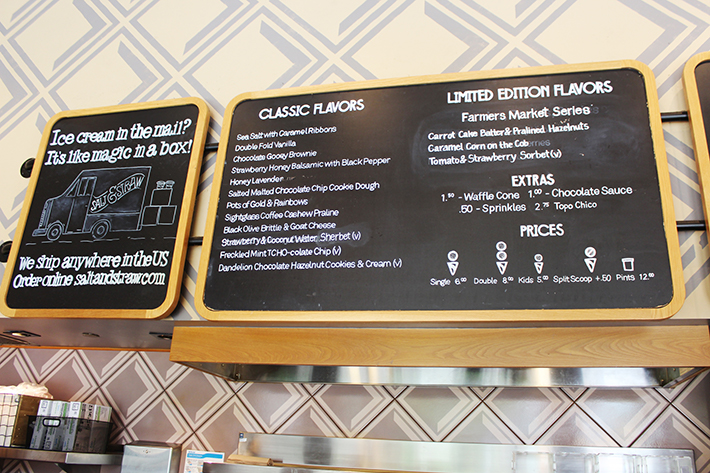 After a 25-minute wait, we were finally in front of the scooper who cheerfully acceded to our every request to sample their Black Olive Brittle & Goat Cheese, which was a little sweet and a little salty but had an overall goat cheese taste. 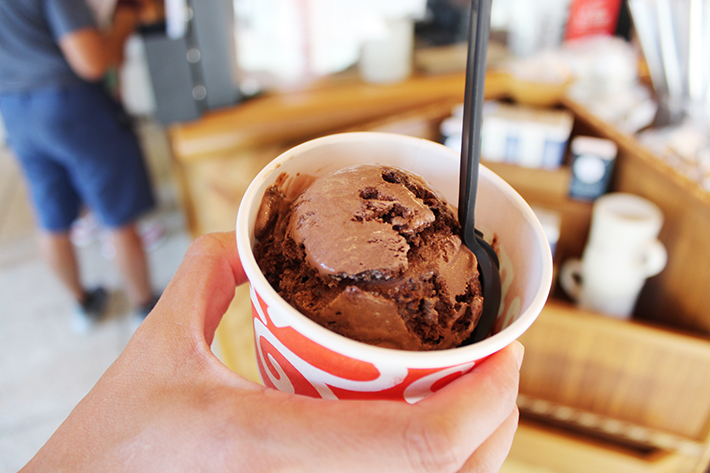 As chocolate lovers, the Chocolate Gooey Brownie blew our minds. Not only did the chocolate ice cream taste velvety smooth, it wasn’t overly sweet in any way. The bonus was the chewy chocolate brownie chunks that were mixed in with the ice cream, giving it a more texture on a whole.

The one interesting thing to note about Salt & Straw is that the flavours offered are not the same in every city. As such, no classic flavour menu is the same as the other.

To add to the variety available, Salt & Straw also comes up with seasonal monthly flavours such as the Magical Unicorn ice cream, which is a fruity swirled blue, pink and yellow ice cream that is mixed with homemade Oreos and cherries. 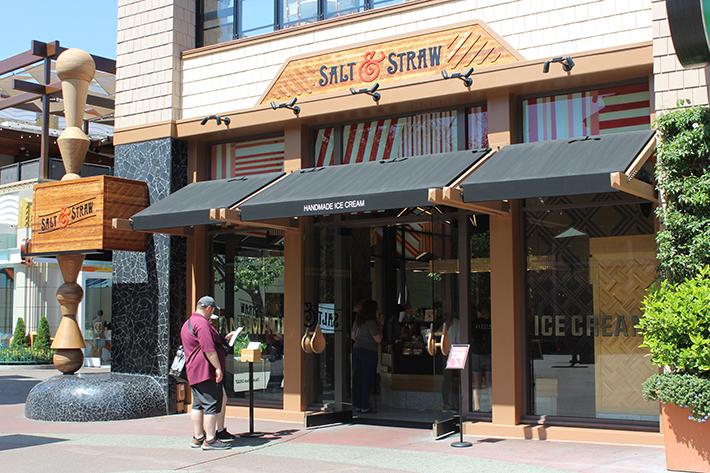