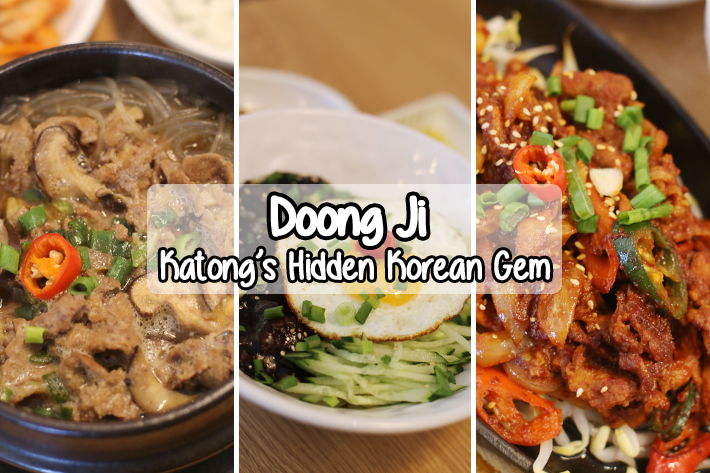 Nestled amongst the many food options available in the Katong-East Coast area of Singapore is Doong Ji – a cosy, authentic Korean restaurant that serves up a variety of dishes from the ever-popular Army Stew to more traditional ones such as the Kimchi Stew and Seafood Pancake.

Run by a Korean lady boss, Doong Ji was established in 2008 and has since become a favourite amongst local residents and tourists who stay in the vicinity. Doong Ji also has a weekday lunch promotion with a selection of dishes priced at only S$9.90+. 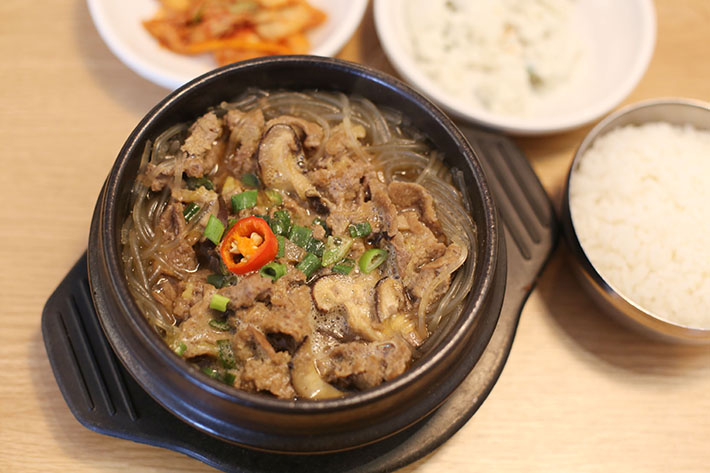 Almost as if it was just taken off the stove, our Bulgogi Hot Pot arrived at our table piping hot, with the strong but pleasant smell of beef in the air. We were pleasantly surprised to find generous portions of beef, glass noodles and mushrooms in the soup, in addition to the bowl of rice that came with the dish.

It seemed like the beef had been stir-fried before they were added to the soup. The glass noodles were springy and managed to retain its consistency despite being soaked in the broth. The soup itself was naturally sweet and rich. 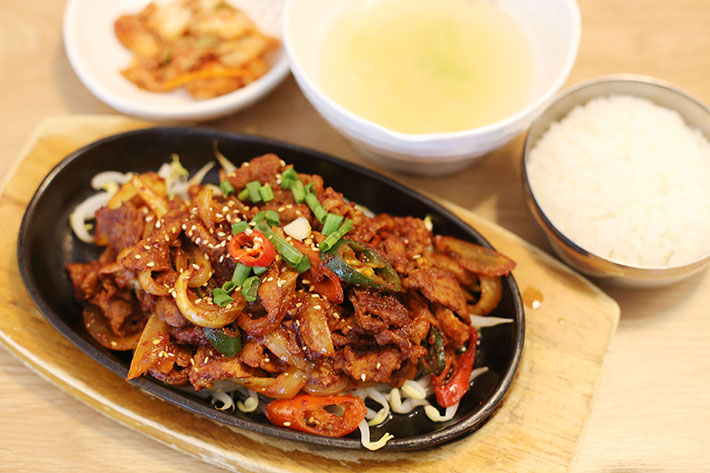 The Pork BBQ came stir-fried with onions in a spicy-sweet sauce, set atop a bed of beansprouts, alongside a bowl of rice and soup.

On its own, the dish made for a satisfactory lunch value meal though it’s not too bad as a side dish to share either. The pork was juicy, tender, and each piece of meat was well covered with the sauce, ensuring no disjoint in flavour. 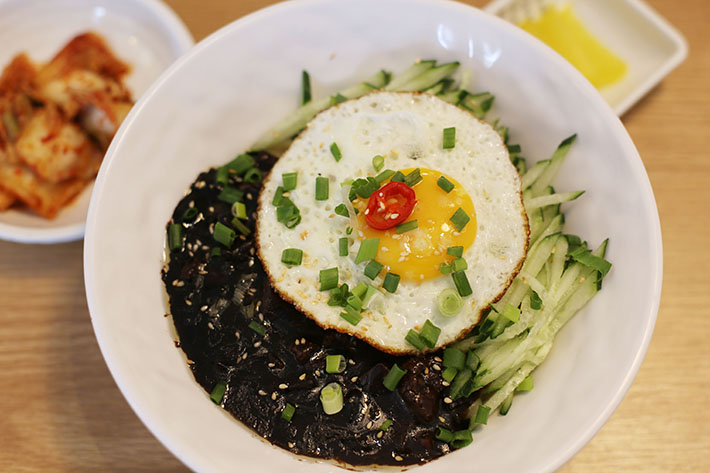 As constant hunters of good jjajangmyeon in Singapore, we have to say that Doong Ji’s definitely made it onto our list with their take on this traditional Korean favourite.

Served with three slices of radish on the side, the noodles came with a sunny side up and a generous portion of sliced cucumbers, which we quickly mixed together. The runny yolk from the egg made for a nice extra topping to the sauce, creating a nice and gooey texture – which gave the jjajangmyeon a well-rounded taste that had us wanting more.